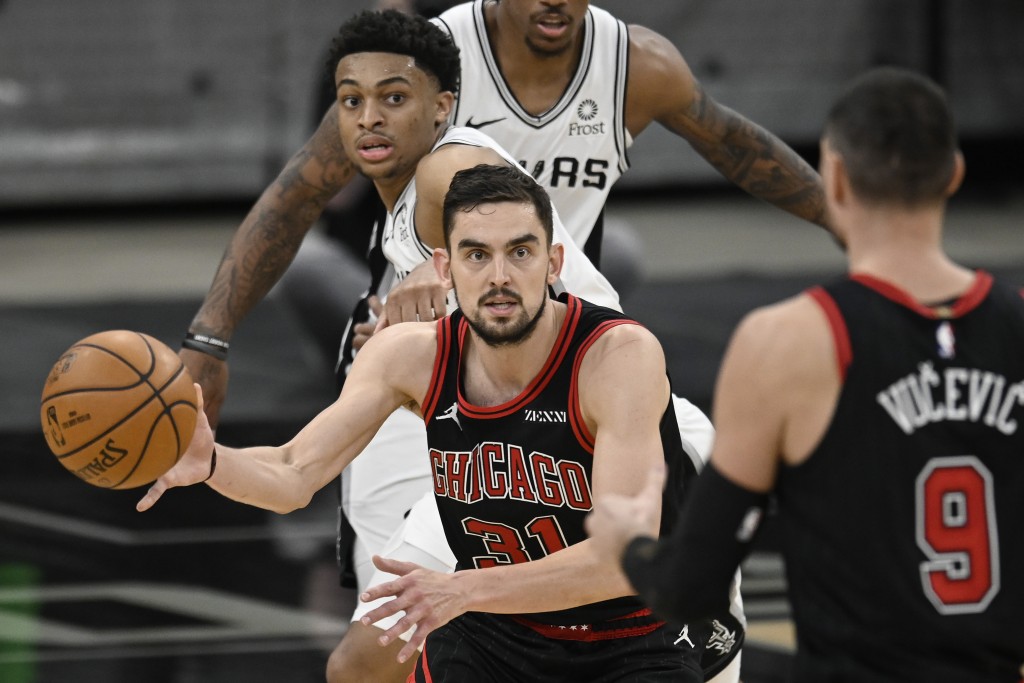 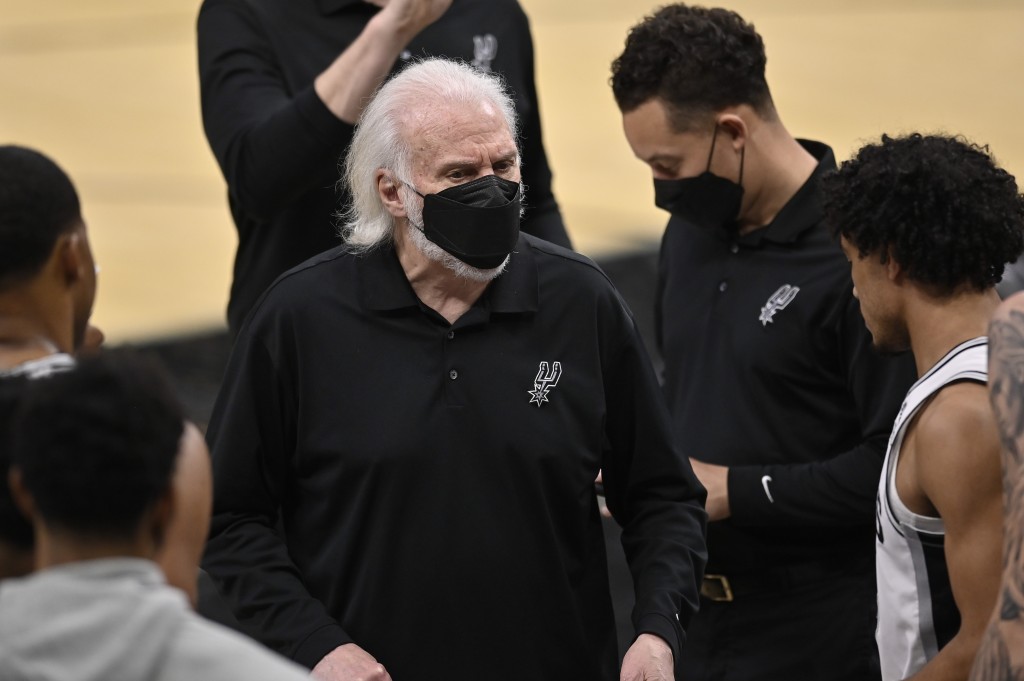 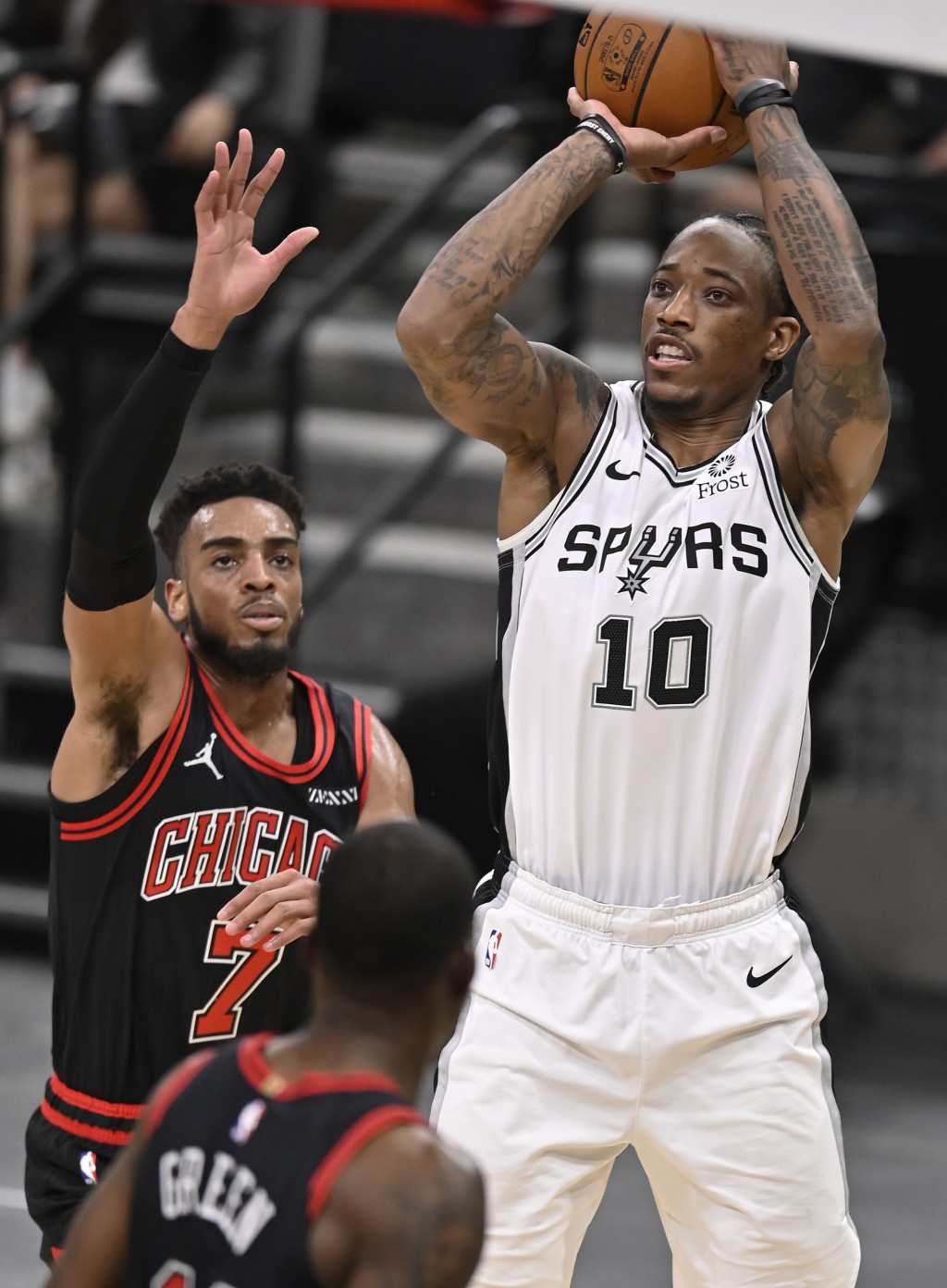 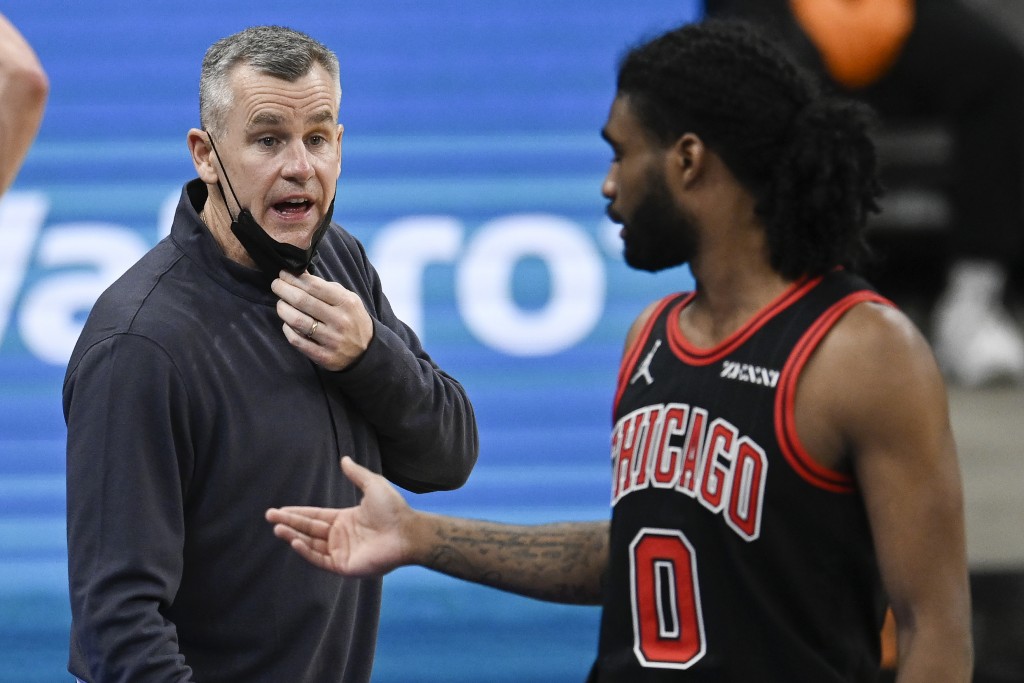 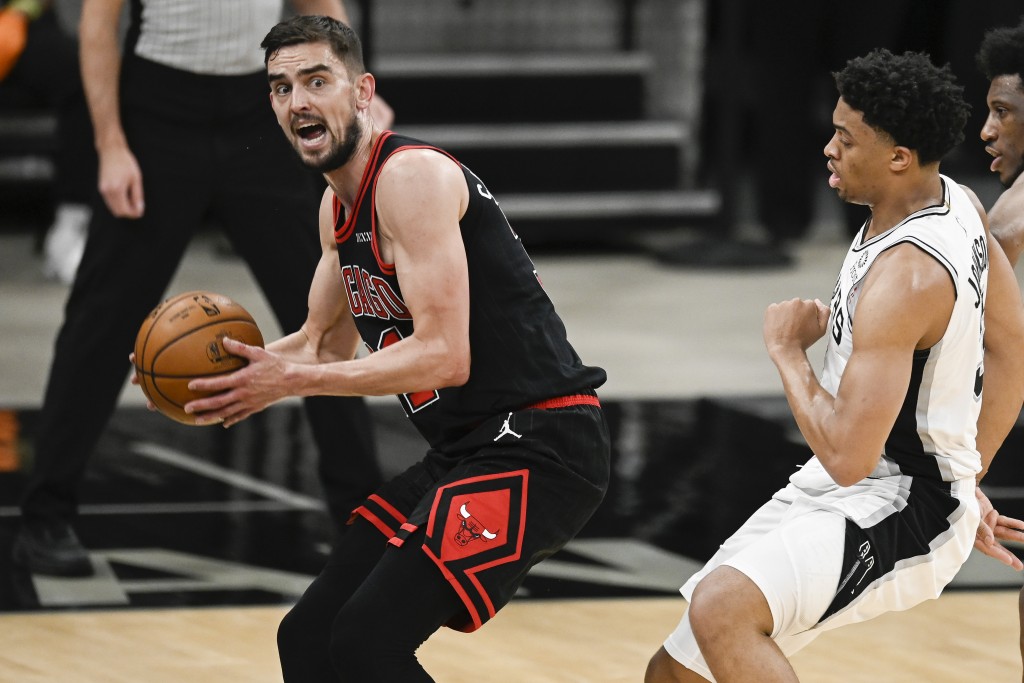 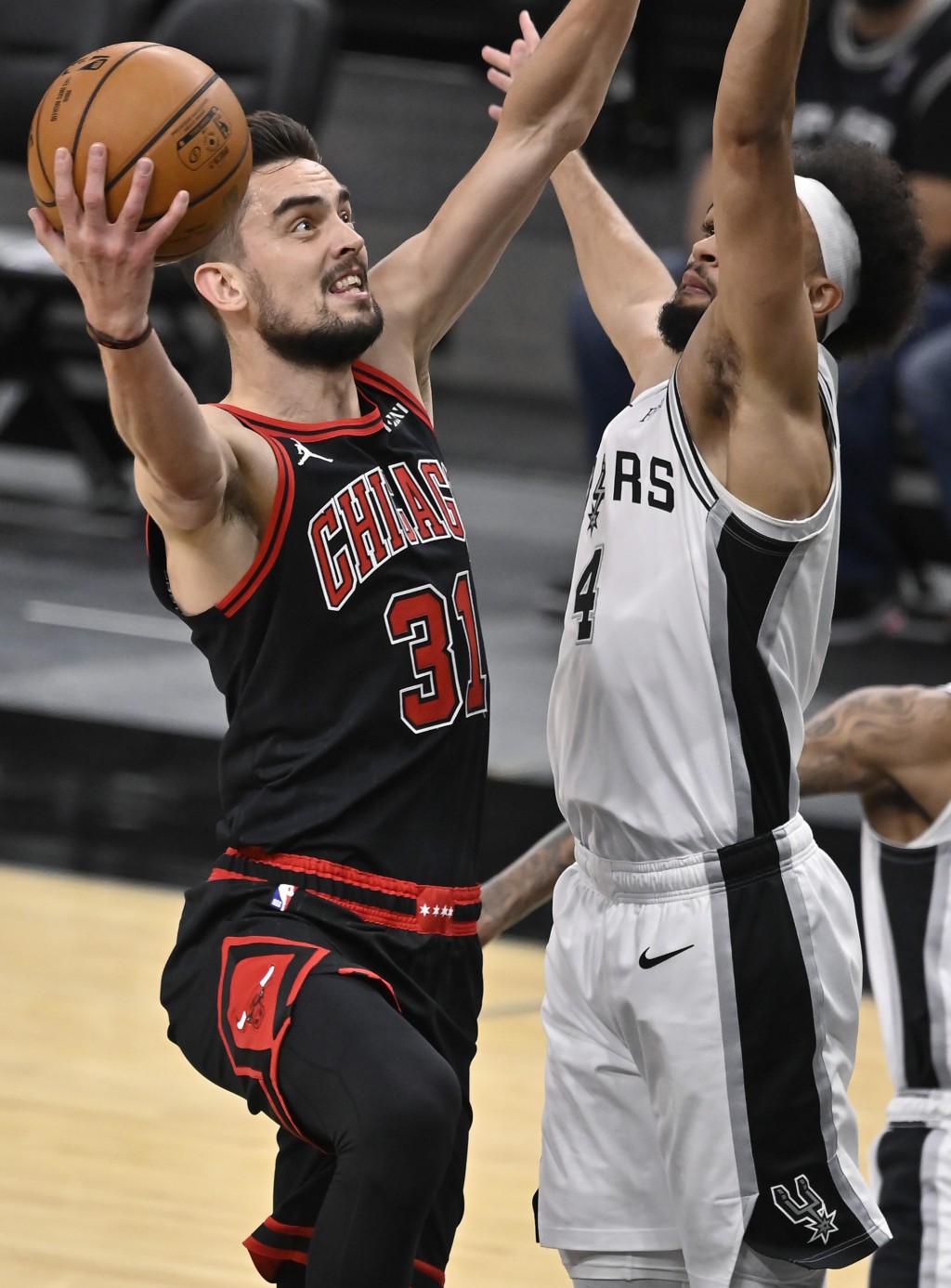 Vucevic had 21 points, nine rebounds and four assists in his Chicago debut. The Bulls acquired the All-Star center Thursday in a trade with Orlando. Zach Lavine added 18 points for Chicago, which lost its third straight.

San Antonio nearly blew a 36-point lead but held on to win for the first time since defeating Cleveland on March 19. The Spurs are 20-3 when holding a double-digit lead at any point in a game.

Coming off two disappointing losses to the Los Angeles Clippers, including a 134-101 blowout Wednesday, San Antonio needed a boost and their veterans provided it.

Poeltl and DeRozan combined to shoot 15 for 23 from the field.

But after scoring 96 points through three quarters, San Antonio floundered in the fourth.

The Bulls outscored the Spurs 25-11 in the first seven minutes of the fourth quarter to pull within 107-98 on Vucevic’s second 3-pointer of the game.

DeRozan and Poeltl combined to score the next seven points to give San Antonio a 114-98 lead with 3:23 remaining.

Derrick White and Patty Mills added 16 points each, and Dejounte Murray and Keldon Johnson had 14 points each.

The Spurs' backcourt of Murray and White combined to score nine points in the opening three minutes. The duo helped San Antonio take a 23-11 lead in the opening quarter.

Derrick White’s second 3-pointer put the Spurs up 54-27 with 5:27 remaining in the first half.

Bulls: Chicago rookie Patrick Williams wore jersey No. 44 after giving up the No. 9 he previously wore to Vucevic. … The Bulls' entire 15-man roster played at least two minutes.

Spurs: Rookie guard Devin Vassell did not return after spraining his right ankle, exiting the game with 9:11 remaining in the first half. Vassell’s status is unknown. … G Lonnie Walker IV missed his third straight game with a sore right wrist. San Antonio coach Gregg Popovich said Walker will likely be out a week. … San Antonio has led by double digits in 53% of its games this season. … The last time the Spurs held a 30-point lead was Feb. 12 against the Atlanta Hawks.