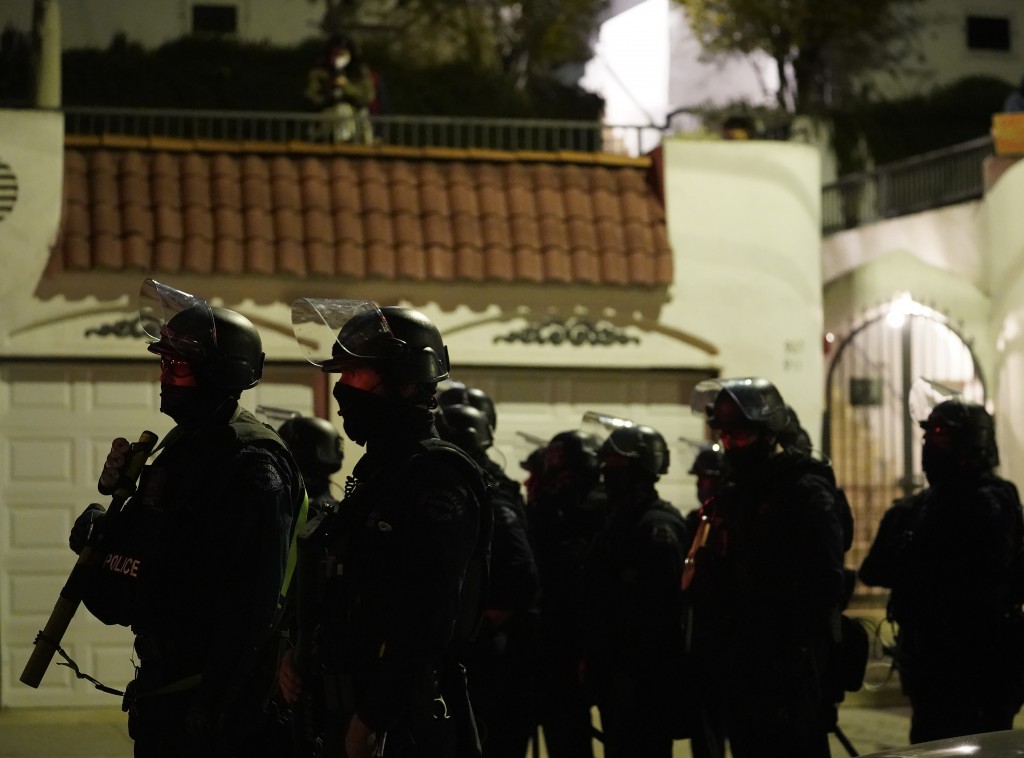 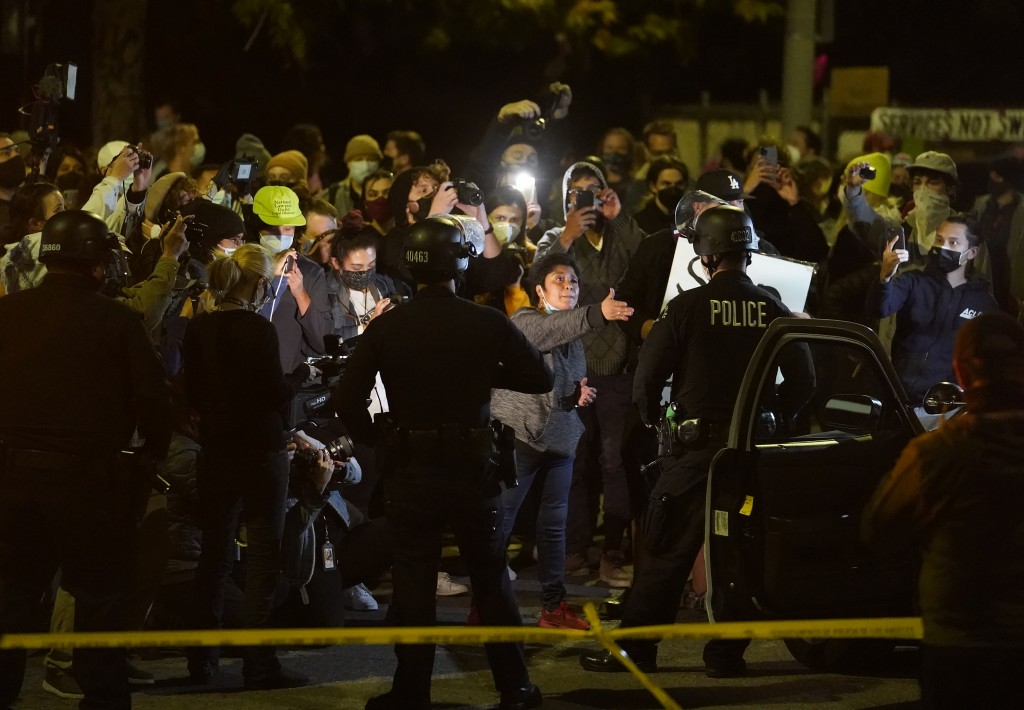 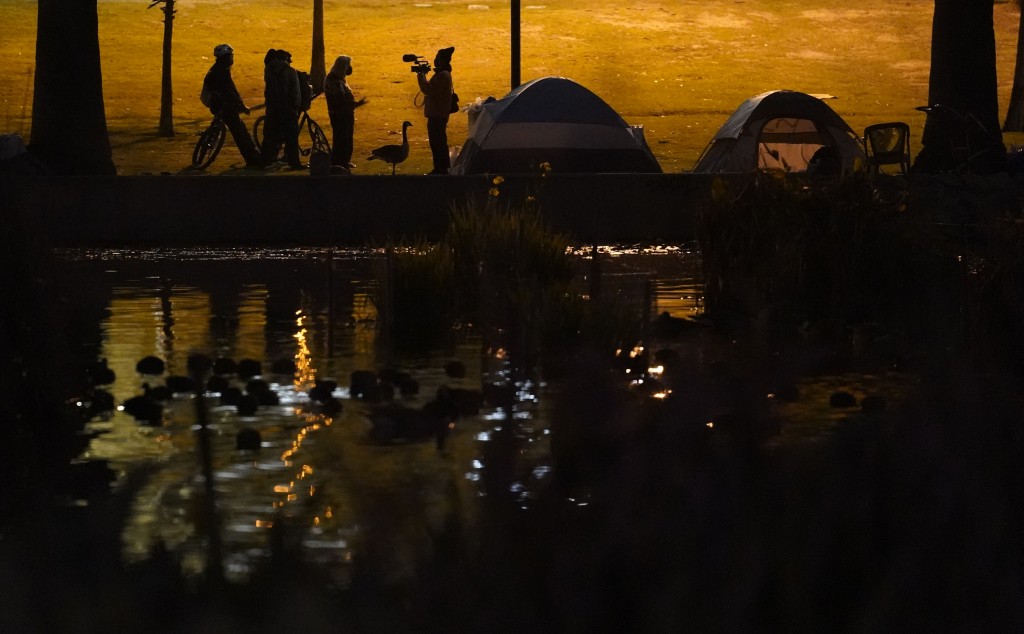 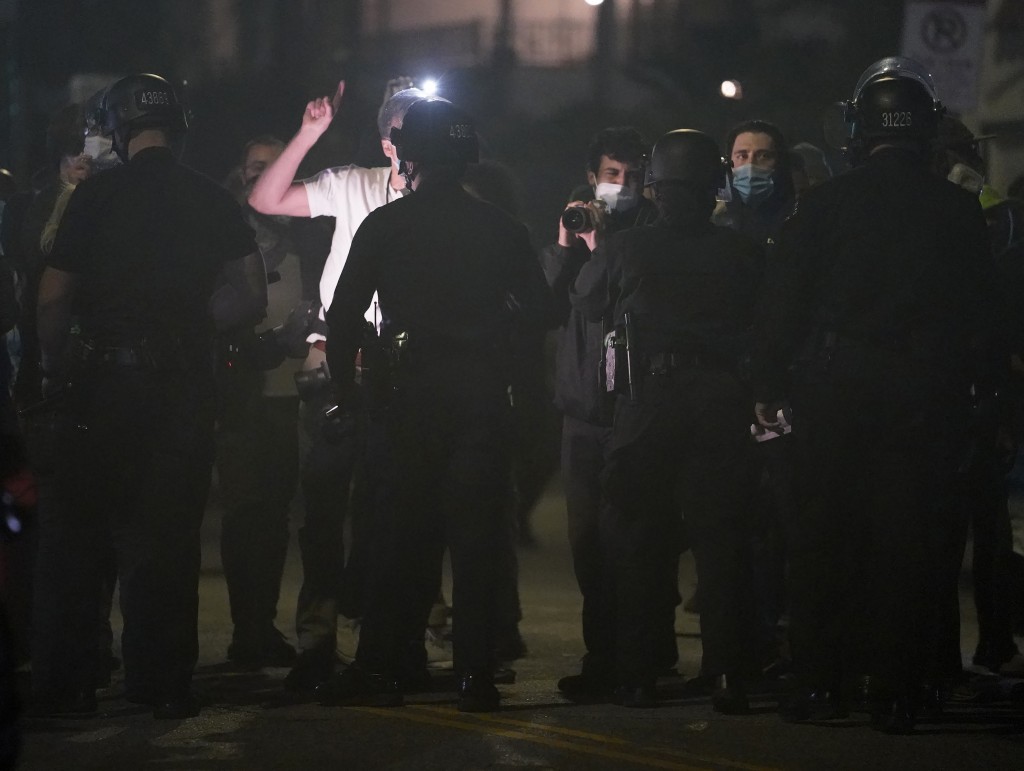 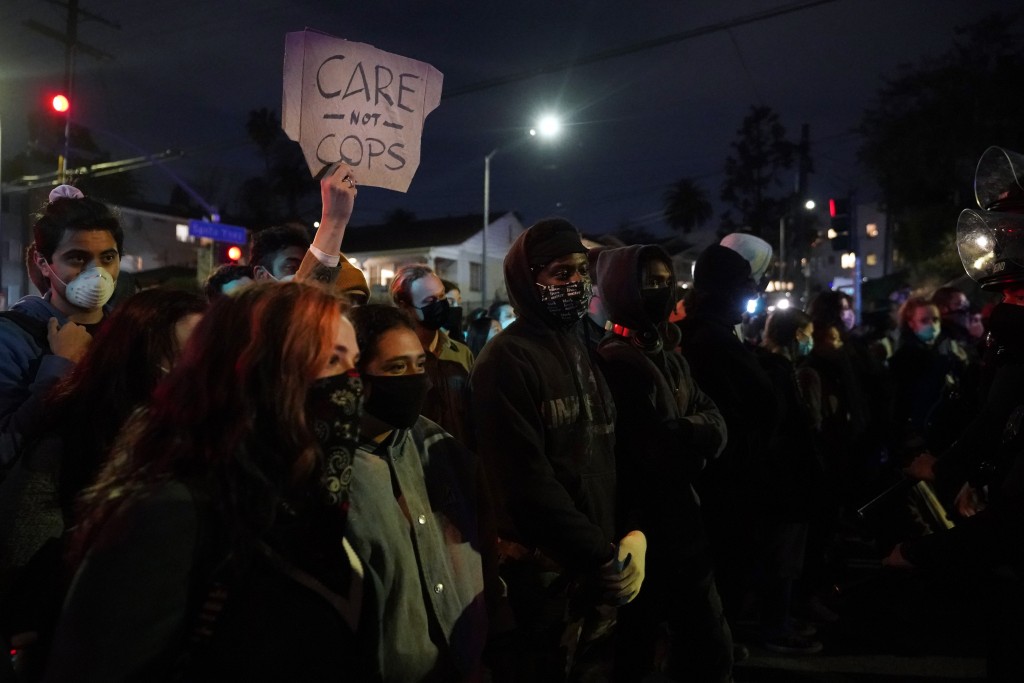 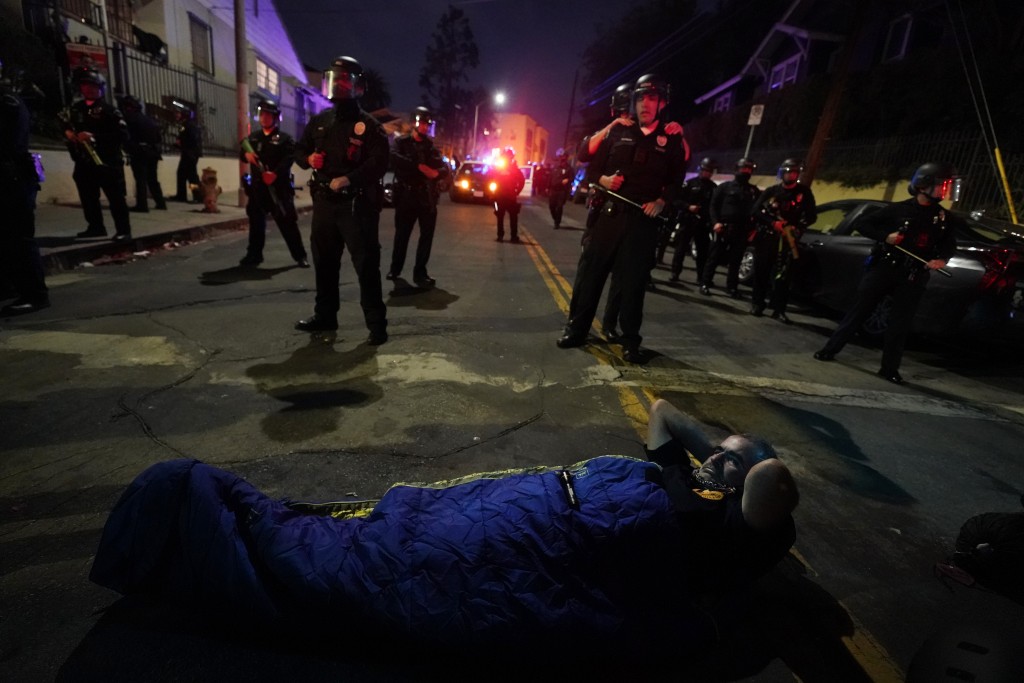 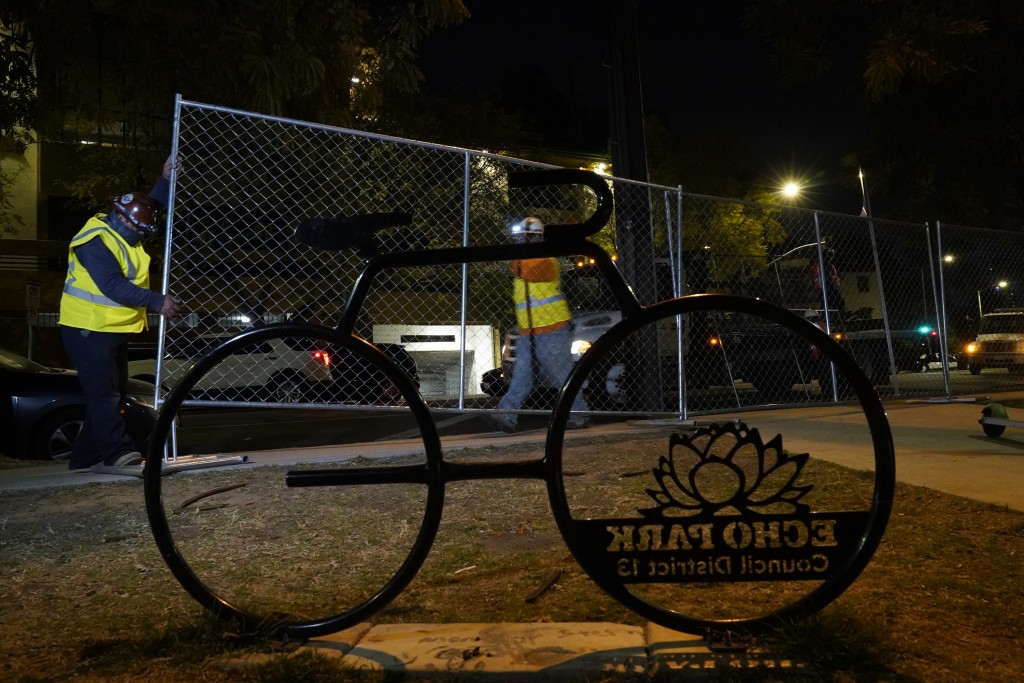 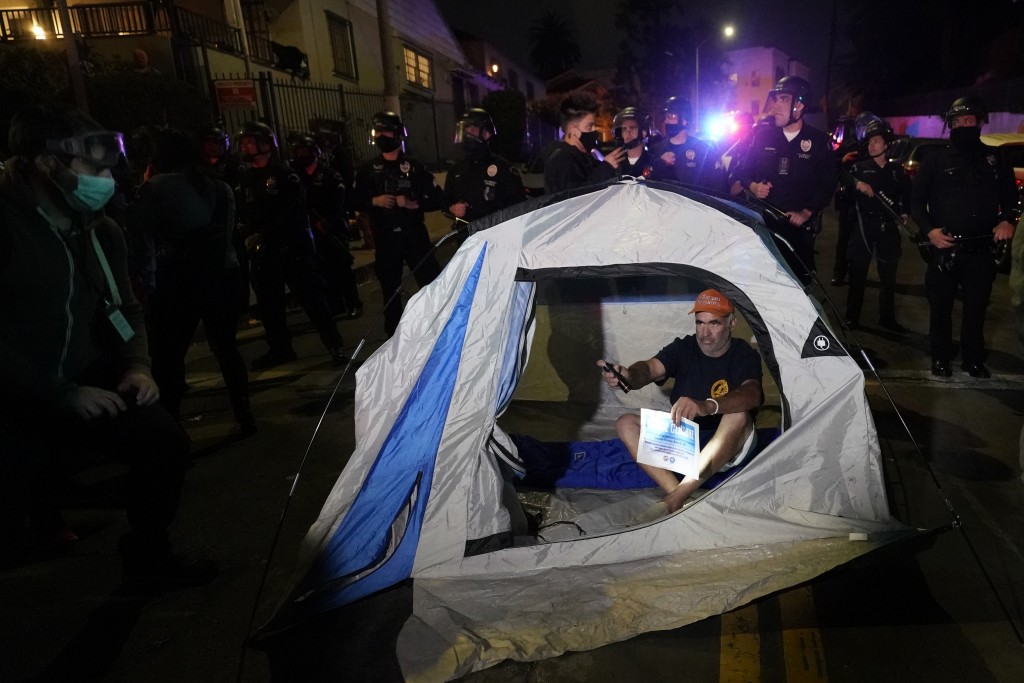 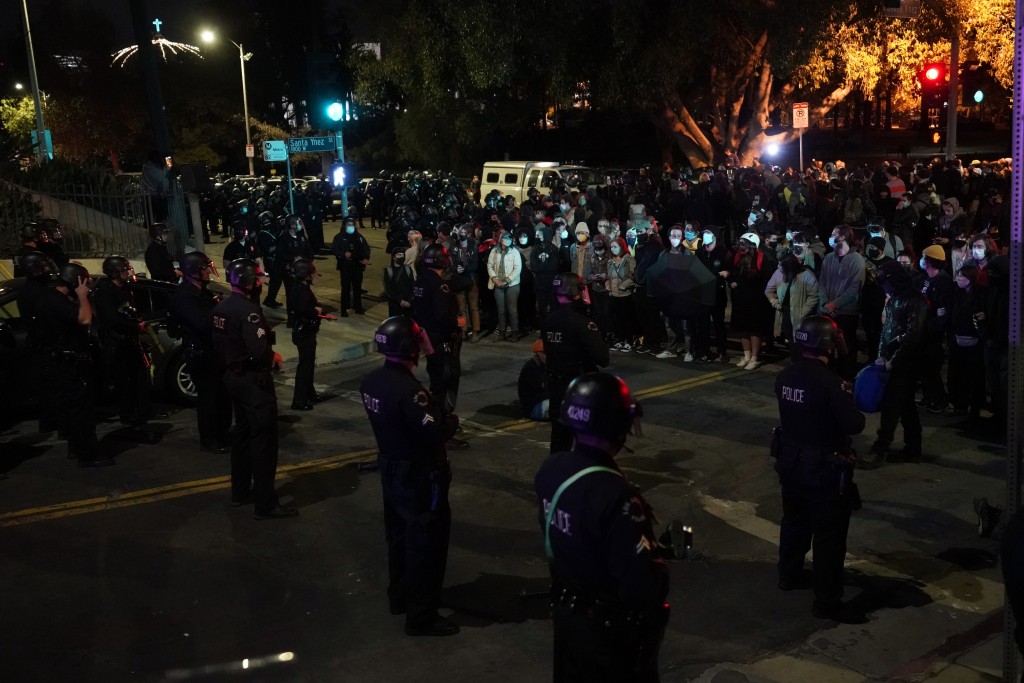 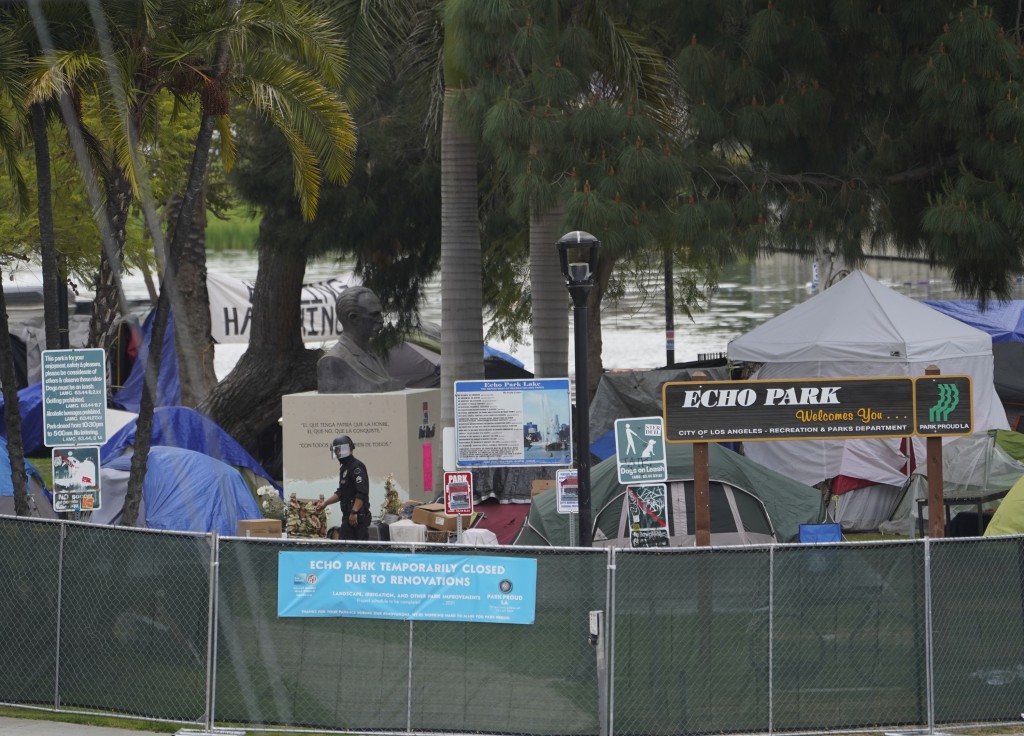 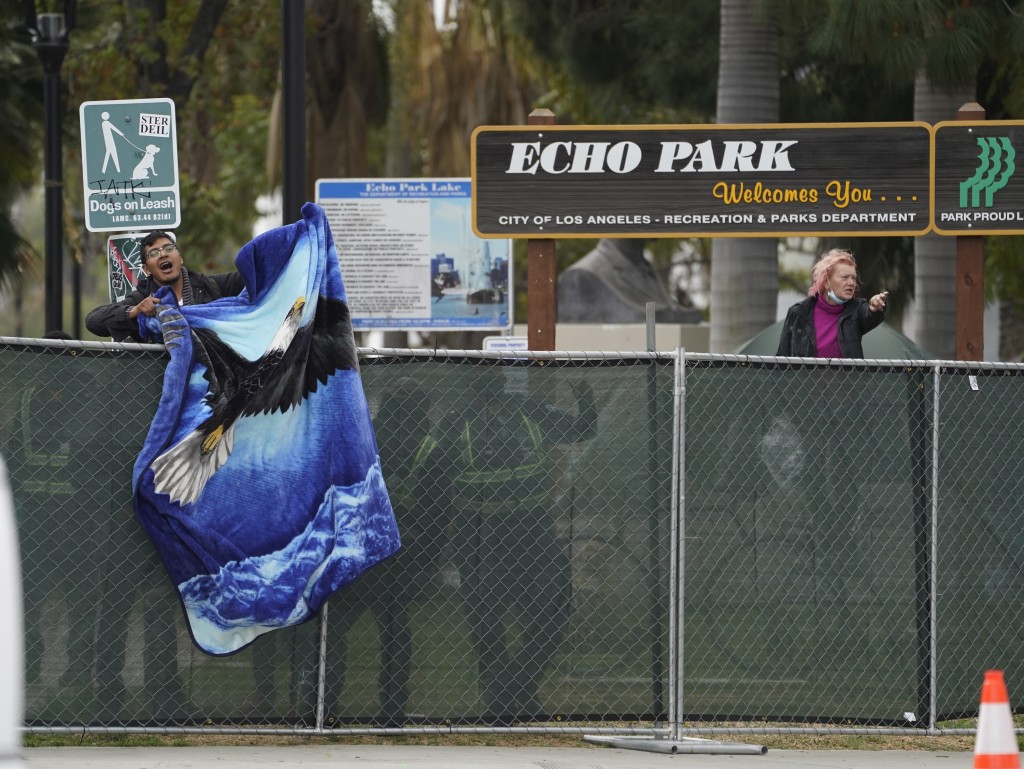 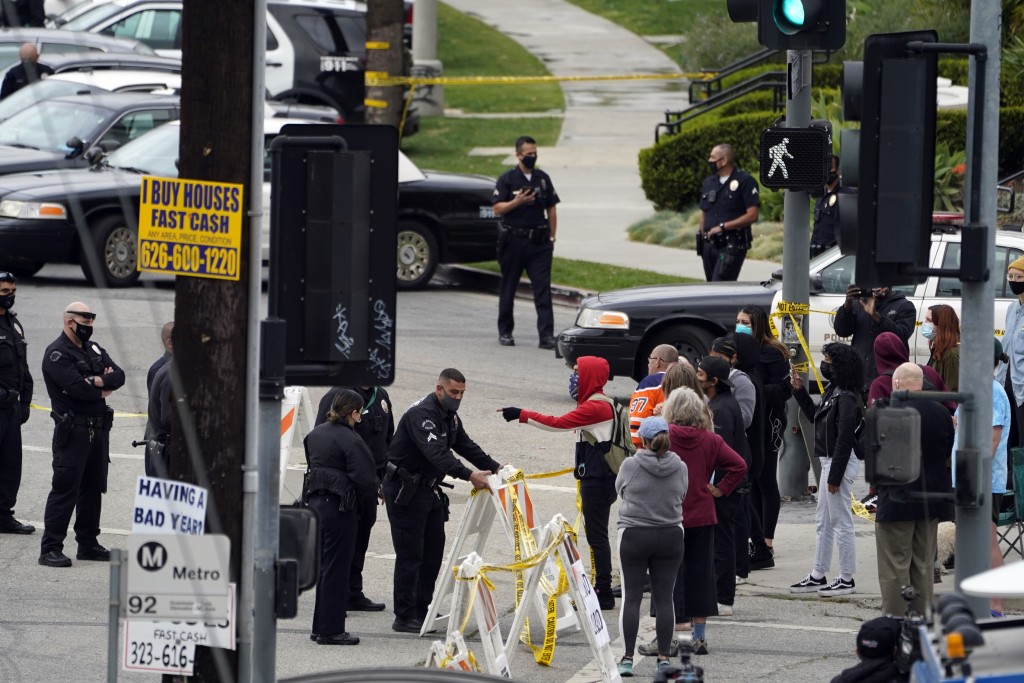 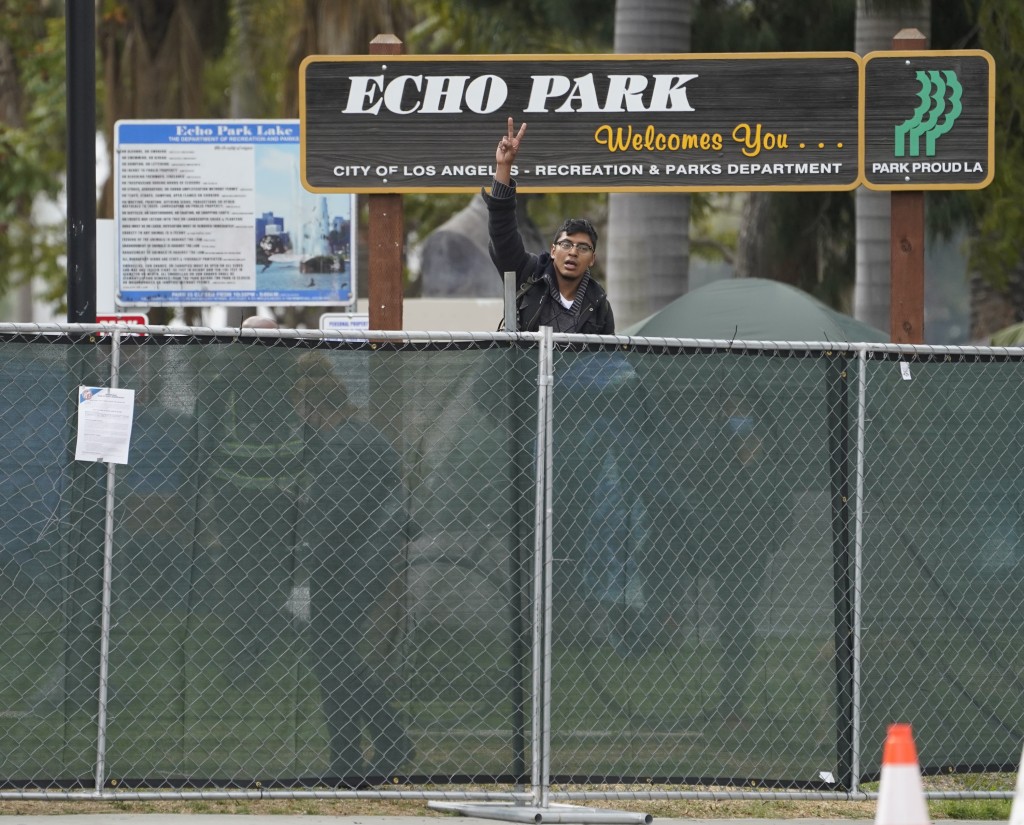 LOS ANGELES (AP) — A newly installed fence surrounded a Los Angeles park Thursday after a late-night confrontation between police and vocal demonstrators who oppose the city's effort to remove a large homeless encampment and perform what officials say are necessary repairs to the site.

People who were already living in tents at Echo Park Lake were allowed to remain overnight but were given 24 hours notice to leave, Police Chief Michel Moore said on social media.

“Housing resources are being provided to everyone," he said.

Hours earlier, demonstrators including advocates and homeless people faced off against a line of police wearing riot helmets. Protesters carried signs that said “dignity, not displacement” and “we need long term solutions.” They said that the encampment offers a community setting for people without means who have nowhere else to live.

A police statement said there were verbal confrontations but that the protest was largely peaceful and demonstrators voluntarily departed. One person was arrested for failing to comply with an officer’s orders and officers twice used force that was characterized as minor, police said.

Streets around the park were sealed off by officers Thursday morning and the Echo Park neighborhood was quiet.

The encampment had overtaken the park’s grassy areas surrounding the lake, an oasis-like locale where locals and tourists normally stroll and picnic on the lake's banks, which include a towering fountain and a view of the downtown skyline.

Area City Councilmember Mitch O’Farrell said 160 homeless residents had so far been moved from the park into transitional shelters.

“We have had a very successful housing operation that began in January,” O’Farrell told reporters Thursday. He said the city has contracted with the nonprofit Urban Alchemy to help homeless residents clean up their campsites and move.

The Los Angeles Homeless Services Authority said its outreach workers had moved 44 people into housing on Monday and Tuesday, mostly into hotel rooms under the state-funded Project Roomkey program aimed at providing shelter for those most at risk during the coronavirus pandemic.

“I’m not leaving. I will be arrested and I will spend my time in jail," said Ramirez, 60.

No timeline was provided for the closure, which O’Farrell’s office said was necessary to make “extensive repairs” to lighting and plumbing at the park and for general “public safety improvements.”

The encampment has been the site of drug overdoses, assaults and shootings, with four deaths in the park over the past year, according to a statement from O'Farrell's office.

The location of the encampment in the fast-gentrifying Echo Park neighborhood gave it a high profile, but it was not unique for the metro Los Angeles area. Tents can be found throughout the city and region despite an array of state and local programs aimed at sheltering people and transitioning them to permanent housing.

A January 2020 count by the Los Angeles Homeless Services Authority reported that there were more than 66,400 homeless people living in Los Angeles County — by far the largest single concentration in the state.

That included more than 41,000 people within Los Angeles city limits. Both figures were up more than 12% from the previous year. The annual count was canceled for 2021 because of the pandemic.

Among major legal actions on the issue is a federal court lawsuit filed by a group of business owners, residents and community leaders called the LA Alliance for Human Rights.

The lawsuit accuses the city and county of failing to comprehensively address the desperation that homeless people face — including hunger, crime, squalor and the coronavirus pandemic.

U.S. District Judge David Carter, who is overseeing the case, called parties to a hearing in a Skid Row parking lot last month and said that if politicians can’t provide solutions, he wants to explore what powers the court has to order and oversee remedies.

Invoking the 1950s civil rights case Brown vs. Board of Education, Carter said there is strong precedence of the federal courts acting “after a long period of inaction by local government officials.”