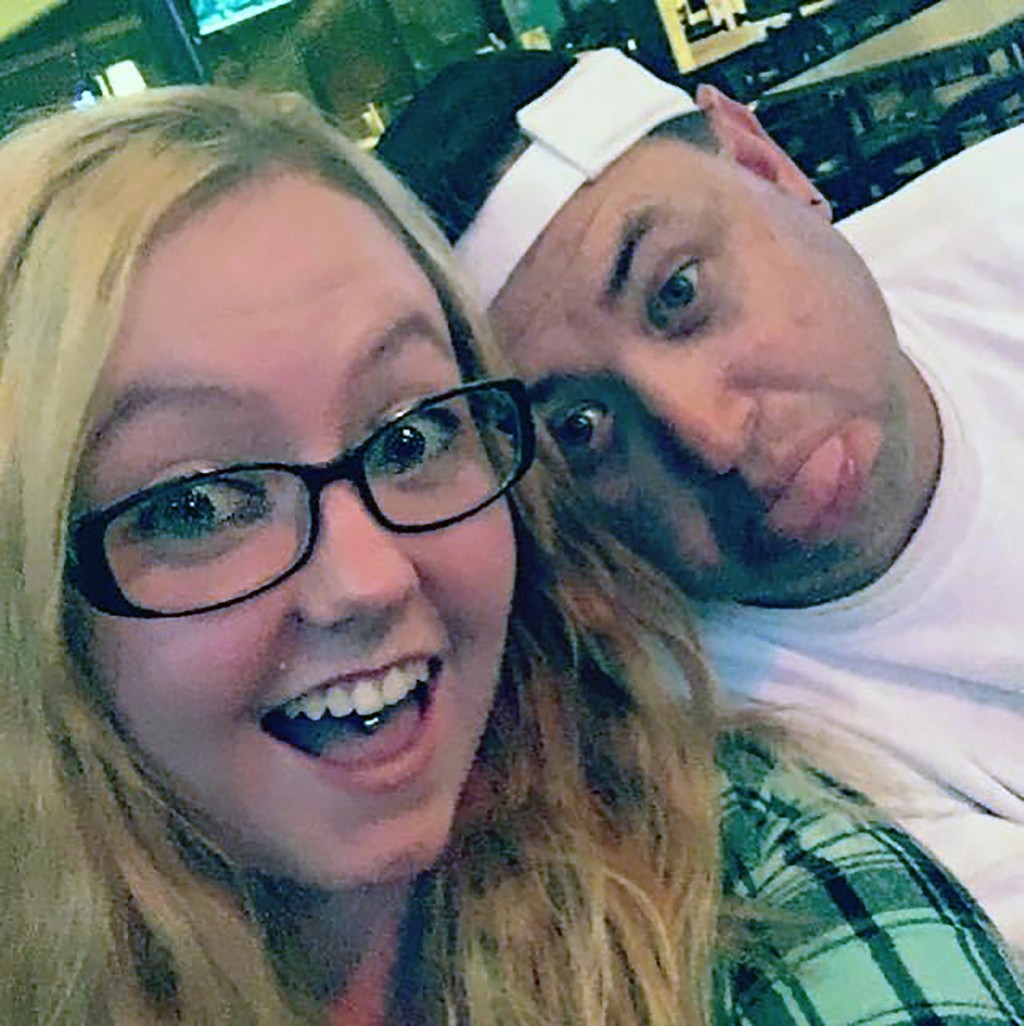 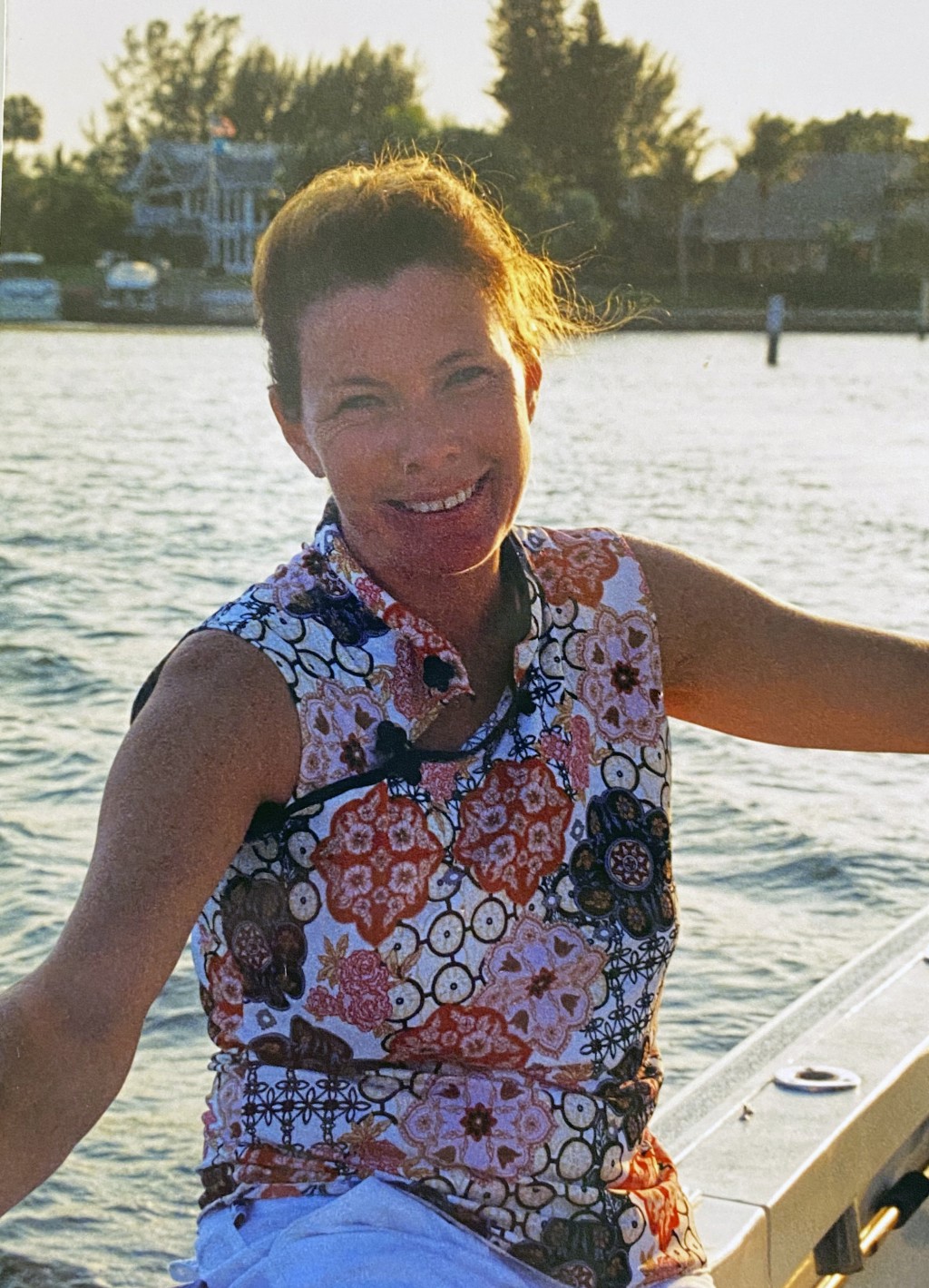 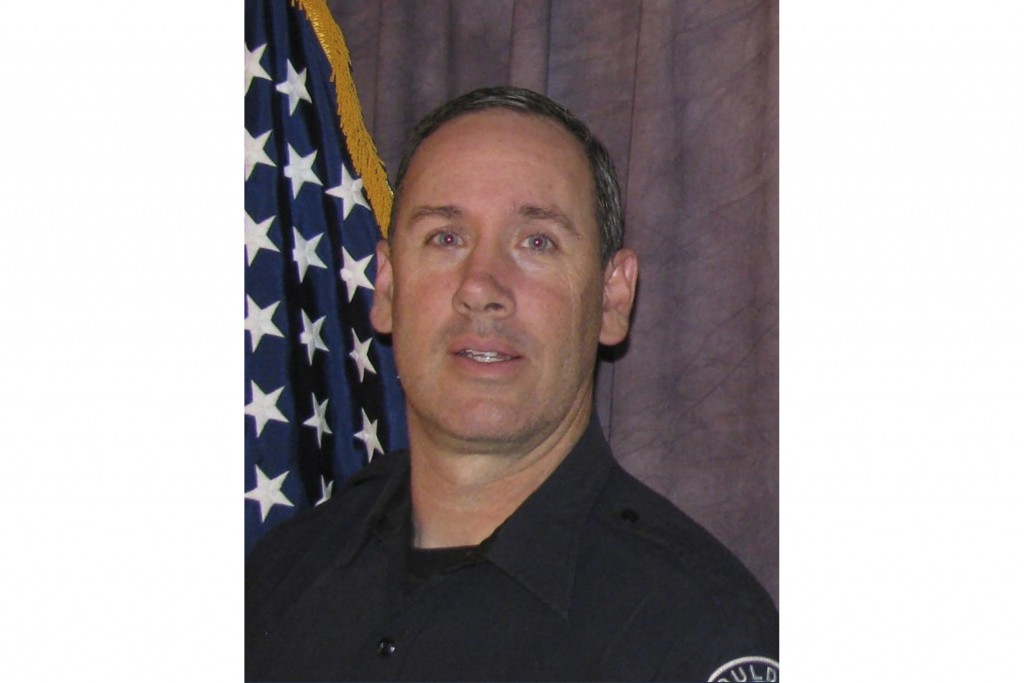 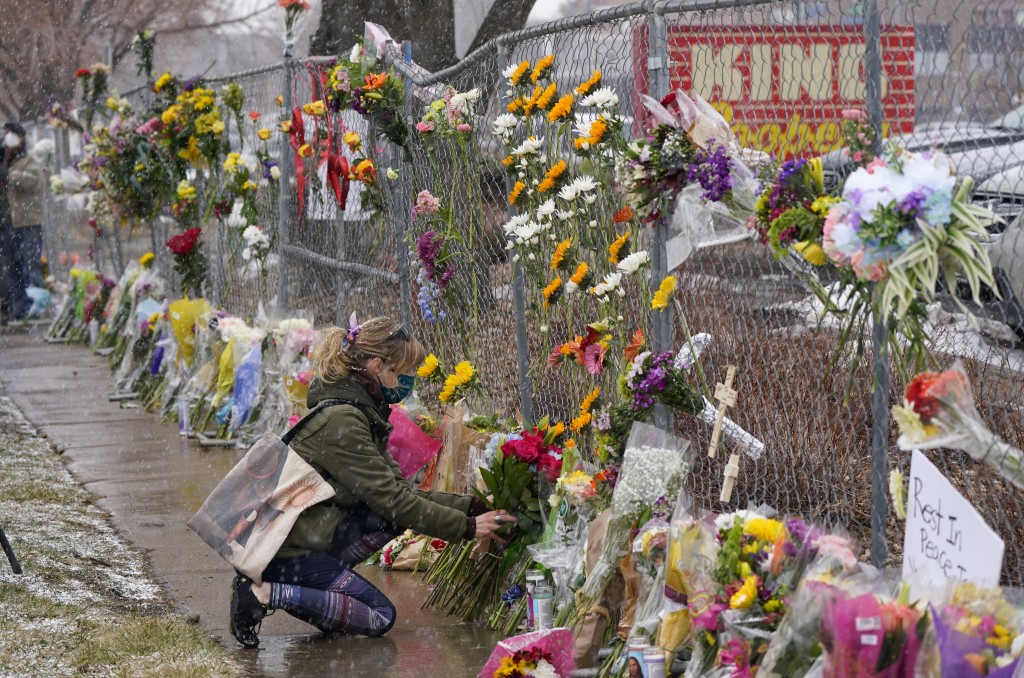 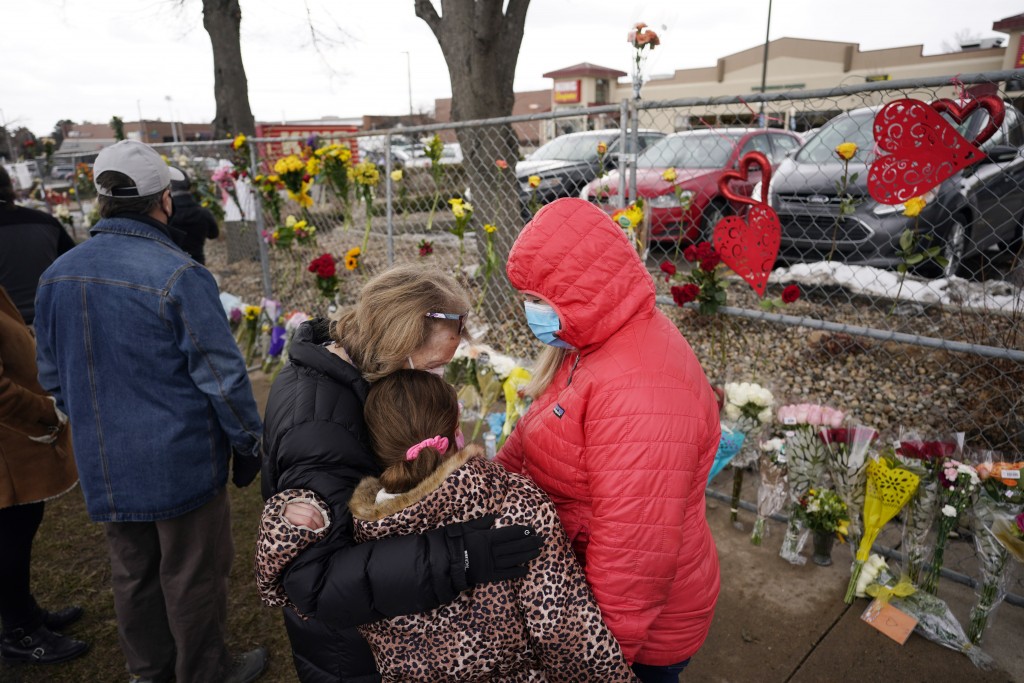 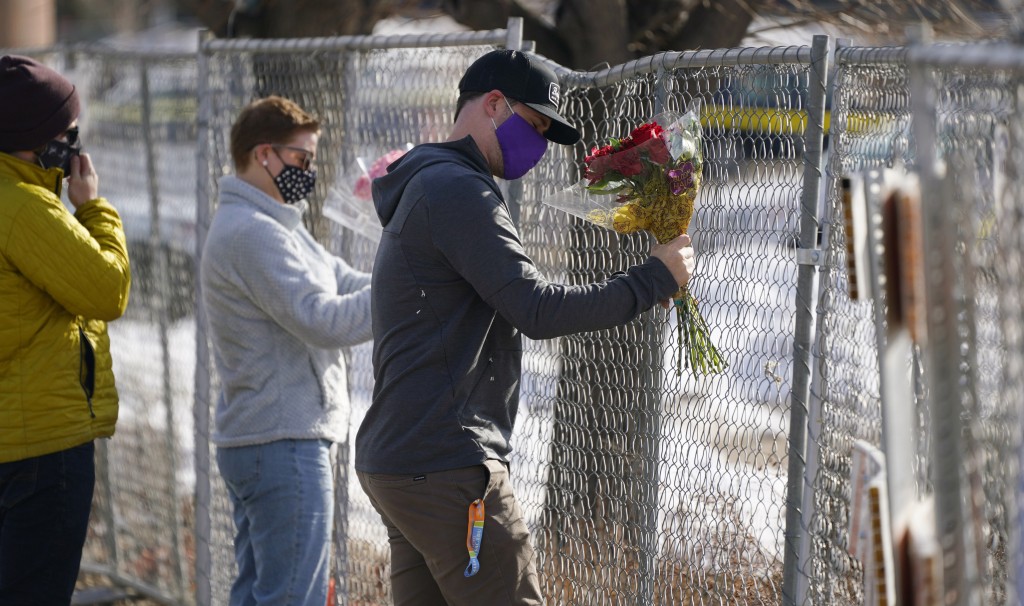 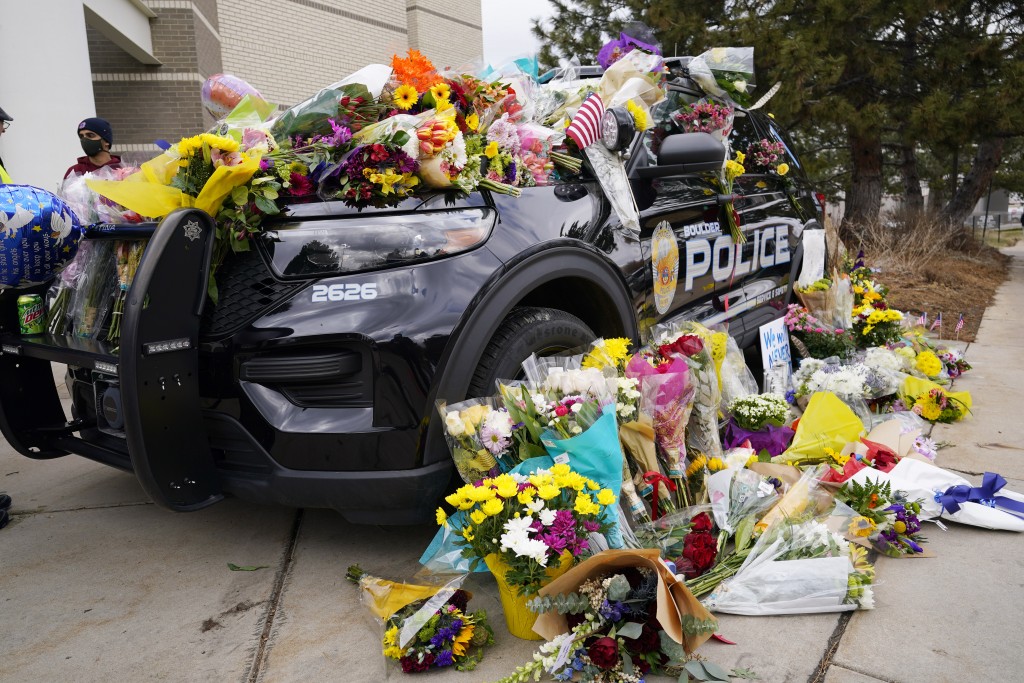 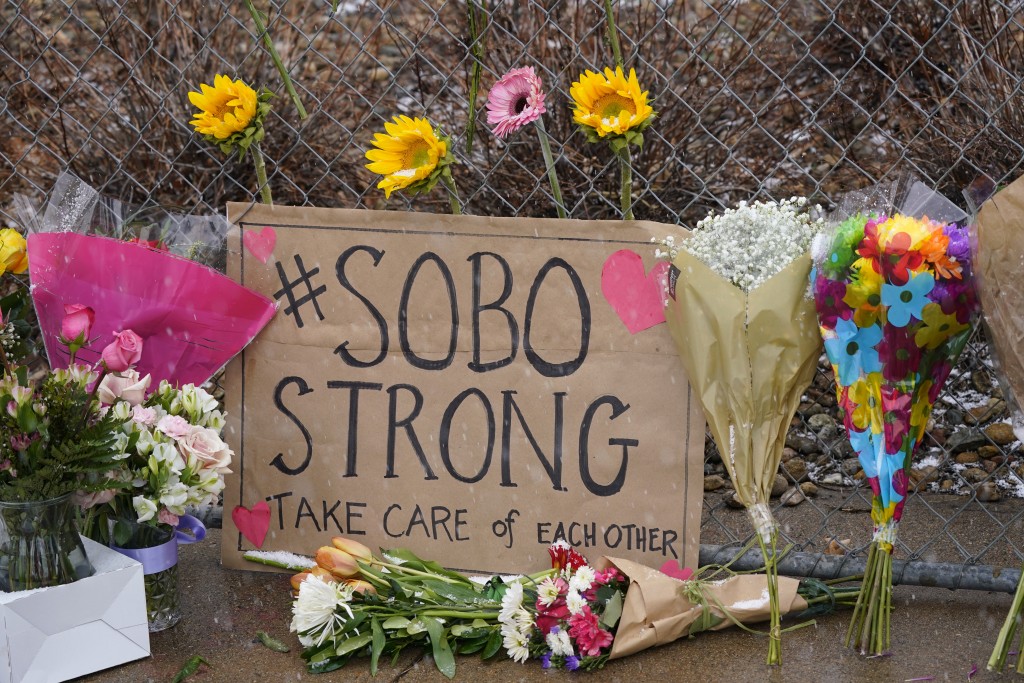 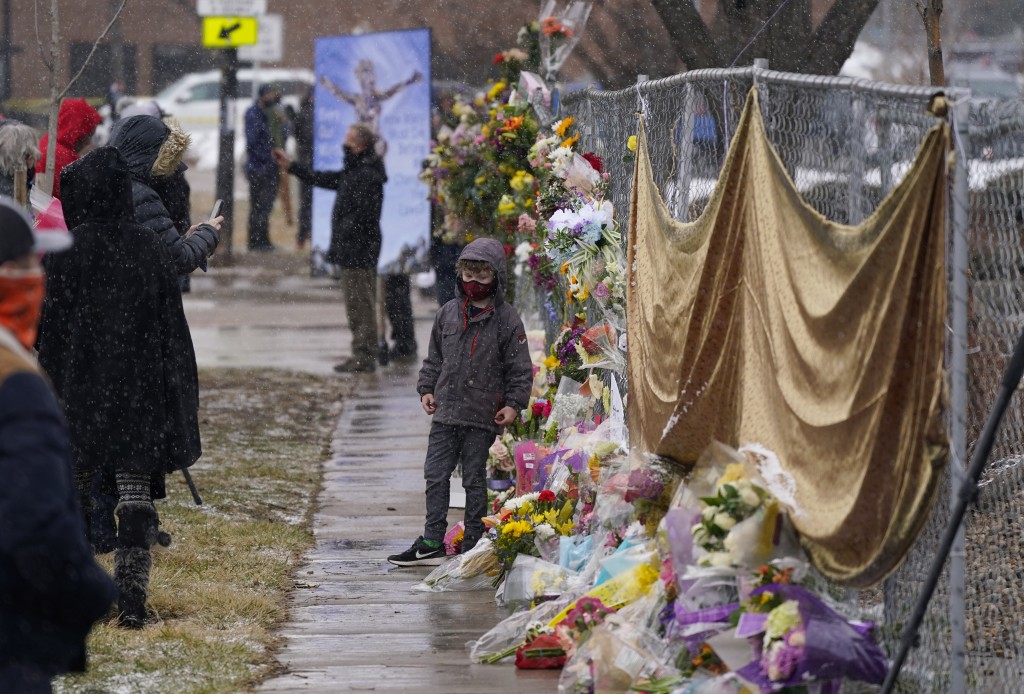 Three were gunned down while putting in a day's work at a Colorado supermarket. Another was a police officer who raced in to try to rescue them and others from the attack that left 10 dead.

A picture of Monday’s shooting victims has begun to emerge as the suspect in the killings waits behind bars for his first court appearance, set for Monday.

Those who lost their lives at the King Soopers store in Boulder ranged from 20 years old to 65. They included a magazine photographer, a Medicare agent with a passion for theater and others going about their days at a busy shopping plaza.

Leiker, Olds and Stong worked at the supermarket, said former co-worker Jordan Sailas, who never got the chance to bring his baby son into the store to meet them.

A front-end manager at King Soopers, Olds aspired to work her way up the ranks at the store, her family said.

“She was 25 years old, just kind of starting life, bubbly and energetic and charismatic,” her uncle Robert Olds said.

He said he still remembers the preschool-age niece who would tag along with him and his sons to baseball tournaments and ask to go to McDonald’s afterward.

“We are devastated,” Robert Olds said. He added that the family had heard from one of her friends that she had been trying to lock the store doors after the shooting began in the parking lot.

Her grandmother choked up on the phone as she described the young woman she played a large role in raising.

“She was just a very kind and loving, bubbly person who lit up the room when she walked in,” said Jeanette Olds, 71, of Lafayette, Colorado.

He “represents all things Love,” his daughter Erika Mahoney said in a poignant tweet that featured a wedding photo and drew wide attention on social media.

“I’m so thankful he could walk me down the aisle last summer,” added Mahoney, who is the news director at a California public radio station.

She also posted that she’s pregnant and knows her father “wants me to be strong for his granddaughter.”

“She was there even before we started gathering, which is half an hour before the stampede started,” Dockendorf said. “She was just a staple. She was kind of a personal cheerleader for the band.”

He joined the police force in Boulder in 2010 with a background that included a master’s degree in computer communications, his father said.

“At age 40, he decided he wanted to serve his community,” Homer “Shay" Talley, 74, told The Associated Press from his ranch in central Texas. “He left his desk job. He just wanted to serve, and that’s what he did. He just enjoyed the police family.”

Eric Talley was the first to arrive after a call about shots being fired and someone carrying a rifle, Boulder Police Chief Maris Herold said.

Talley was “by all accounts, one of the outstanding officers" in the department, Boulder County District Attorney Michael Dougherty said.

Talley’s father said his son — who had seven children, ages 7 to 20 — was a devoted father who “knew the Lord.”

“When everyone else in the parking lot was running away, he ran toward it,” Shay Talley said.

“We know where he is,” he added. “He loved his family more the anything. He wasn’t afraid of dying. He was afraid of putting them through it.”

Talley graduated from high school in Albuquerque, New Mexico, in 1988. The school superintendent there expressed condolences and praised “the example Officer Talley leaves us all.”

Murray was shopping at King Soopers, where a friend’s daughter had seen her. Word made it to her husband, John Mackenzie, who drove to the store and started texting his wife.

After getting no answer in about five minutes, “I just fell over in my chair,” he said, choking up.

Murray had a long career taking photos for magazines including Cosmopolitan and Vogue, Mackenzie said.

“She charmed the pants off me” when they met at a photography studio in New York City years ago, he said. Computer backgammon games soon evolved into a relationship and eventually, two children.

“She’s the kindest person I ever knew, hands down. She had an aura about her that was the coolest freakin’ thing you’d ever want to know. She was just a cool chick,” Mackenzie said. “She had it all together — she really did.”

He said he spent hours consoling their children before he “lost it” Tuesday morning. Mackenzie offered a message:

Fountain was an actress and a mother who later won loyal clients as a Medicare agent, doing extensive research to find the right supplemental coverage for older adults signing up for the federal health insurance program, her life partner Phi Bernier said.

“She never skimped, she never did something because it was easier,” he said.

Fountain trained at the Circle in the Square Theater School and the two first met while they were playing lead roles in “The Glass Menagerie” about 30 years ago, Bernier said. They dated for a time and then reconnected after Fountain came to see him in a play in 2013.

Up until the pandemic, Fountain was also the manager of eTown, a nonprofit live music venue in Boulder.

“Suzanne was a bright light to all she met, and we were proud to have her represent eTown in our community as she welcomed people into our space hundreds and hundreds of times,” the organization said in a Facebook post.

Fountain won praise for her acting from both reviewers and those who worked with her.

“She was absolutely lovely, a natural, someone you simply didn’t forget,” Brian Miller, who worked with her on a show, told The Denver Post.

A Boulder Daily Camera review said her 2002 performance as a nurse in “Wit,” a Pulitzer Prize-winning play about a woman dealing with cancer, brought “a simple but crucial compassion to the play.”