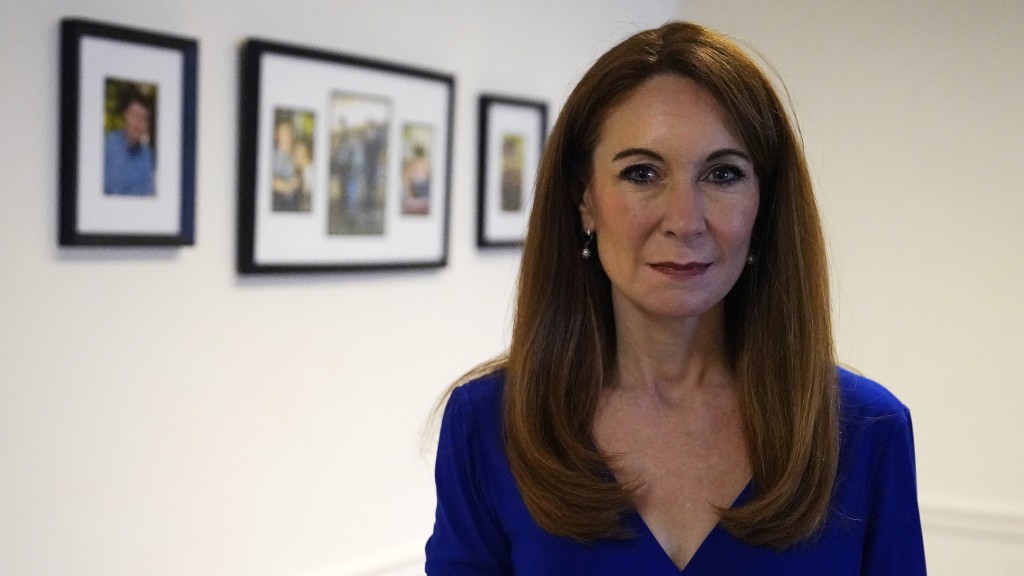 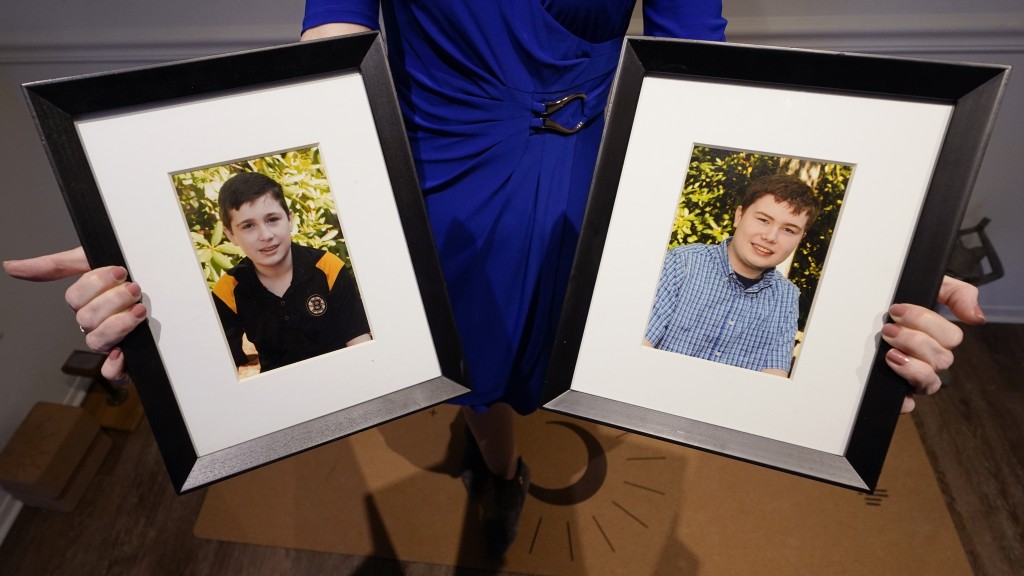 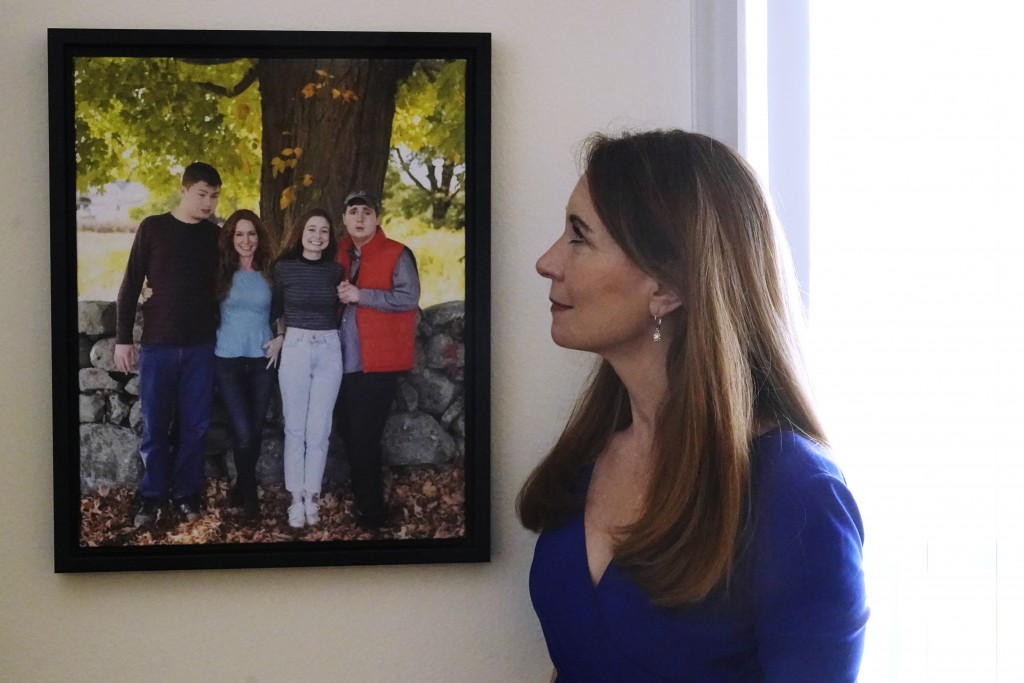 WASHINGTON (AP) — With the memory of the pandemic's toll in nursing homes still raw, the COVID-19 relief bill is offering states a generous funding boost for home- and community-based care as an alternative to institutionalizing disabled people.

Advocates hope the estimated $12.7 billion will accelerate what has been a steady shift to supporting elderly and disabled people and their overwhelmed families in everyday settings. But the money for state Medicaid programs, long in coming, will only be available over four calendar quarters this year and next. That's raising concerns it will have just fleeting impact, and prompting calls for permanent legislation.

“What we really want is that when our loved ones need support, we are going to be able reach out and get that support without another battle,” said Maura Sullivan of Lexington, Massachusetts, who has two sons with autism. “We don’t want to have our kids cut out just because the potholes need to be fixed in the states.”

Sullivan, an advocate in her state for the disabled, has an older son, Neil, with more severe autism who is in a residential facility. But she believes her younger son, Tyler, now 17, could one day hold down a job, if he had help. Autism is a developmental disability that leads to social, communication and behavioral challenges. There's a spectrum of severity, and while some people with autism need a lot of help with daily basics, others are intellectually gifted.

Medicaid was originally intended as a federal-state health program for the poor and severely disabled. As it has grown to cover about 1 in 5 Americans, it's also become the nation's default long-term care program, although qualifying is often an arduous process.

While the federal government requires state Medicaid programs to cover nursing home care for low-income people, that's not the case for home- and community-based support services. All states do offer such services voluntarily, but the scope varies widely. Home and community care usually costs less than half as much as institutional care, although there's debate on whether it prevents or merely delays people from going into a nursing home.

The coronavirus pandemic starkly exposed the vulnerability of nursing home residents. Only about 1% of the U.S. population lives in long-term care facilities, but they accounted for about one-third of COVID-19 deaths as of early March, according to the COVID Tracking Project.

“Clearly COVID demonstrated that living in an institution puts you at higher risk for infection and deaths,” said Martha Roherty, executive director of Advancing States, which represents state agencies on aging and disability. “If we want seniors and people with disabilities to have a higher quality of live, that is not going to be in a nursing facility.”

A poll by The Associated Press-NORC Center for Public Affairs Research last year found that 60% percent of Americans would be very concerned if an aging friend or family member needed long-term care in a nursing home during the pandemic, and another 27% would be moderately concerned.

The billions in the COVID-19 bill represent the first new federal money for home- and community-based services since the Obama-era Affordable Care Act more than 10 years ago, said MaryBeth Musumeci of the nonpartisan Kaiser Family Foundation.

“I expect that that this is going to be first step toward additional focus on strengthening Medicaid home- and community-based services and figuring out how to help states to serve more people in the community,” said Musumeci, an expert on Medicaid and the disabled.

In Congress, Rep. Debbie Dingell, D-Mich., and other Democratic lawmakers recently unveiled proposed legislation to make such services a mandatory Medicaid benefit, as well as set basic standards and requirements.

“There are so many people, when they get older, they are forced to go into institutions,” said Dingell. “People should not have to go into a long-term care setting where they are in greater danger of contracting disease and they are more isolated.”

The chairman of the House committee that oversees Medicaid, Rep. Frank Pallone, D-N.J., says reforming long-term care, including expanding access to home and community-based care options, "are top priorities of mine.”

States are likely to push back hard against any federal effort to create a new mandatory Medicaid benefit. There's also some skepticism about the money in the COVID-19 relief bill, if taking it means states would be left holding the bag when the temporary federal funding ends.

“This country needs and deserves a thoughtful, humane long-term care policy, and the bedrock of that must be access to these services from anywhere but Medicaid,” said Matt Salo, executive director of the National Association of Medicaid Directors, addressing Dingell's proposed legislation.

For now, states and advocates for the disabled are awaiting guidance from the federal Centers for Medicare and Medicaid Services on how the money in the COVID-19 bill can be spent. The agency said that's coming soon. Examples of potential uses include reducing waiting lists, raising the pay of support workers, or investing in technology to improve the delivery of services.

Sullivan, the Massachusetts mother whose two sons have autism, said they were both home during much of the pandemic year. She lobbies for her state chapter of The Arc, a nonprofit that advocates on behalf people with intellectual and developmental disabilities.

Although her older son, Neil, has since returned to his residential facility, Sullivan said being cut off from other people was harmful for younger son Tyler.

“The isolation was really bad; he was at a point in his development where social connections were becoming really important,” she said. “Honestly, this year we’ve seen regression, and we're looking to pump him back up to where he was before, with increased services and supports.”