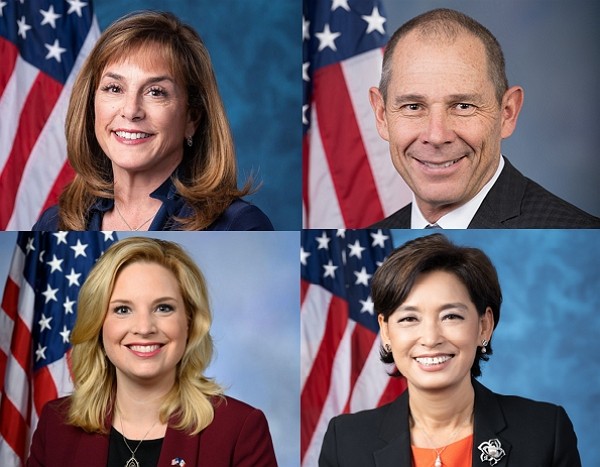 Led by Congresswoman Lisa McClain (R-MI), the letter requests the Biden administration to establish an FTA with Taiwan under the U.S.-Taiwan Trade and Investment Framework Agreement. It labels the East Asian country as a "steadfast ally" in Washington's fight against the expansion of Beijing's influence and military presence in Southeast Asia.

The letter says a bilateral FTA would generate significant economic benefits for both countries and create more opportunities for American manufacturers and farmers. It also points out that Taiwan, a top trading partner of Washington, imported over US$68 billion in goods from the U.S. in 2020.

The letter says Taiwan is a "fertile investment opportunity" for American technology companies since it is one of the leading electronics manufacturing hubs in the world. While accounting for over 48 percent of total semiconductor fabrication globally, some Taiwanese companies are looking to expand and invest in the U.S. workforce, it explains.

According to the letter, the establishment of an FTA with Taiwan would help the U.S. demonstrate to its Indo-Pacific allies it is committed to investing in their security and prosperity. It would also encourage them to join together in resisting the Chinese Communist Party.

Besides McClain, John Curtis (R-UT), Ashley Hinson (R-Iowa), and Young Kim (R-CA) were among the signatories to the letter.

Speaking at a press conference on Tuesday, Taiwan's Ministry of Foreign Affairs spokeswoman Joanne Ou (歐江安) thanked the 23 U.S. Congress members for their support of an FTA with Taiwan. She said the country has been a long-term trade partner of the U.S. and that the ministry will continue to promote enhanced economic cooperation with Washington.

Today, I led a letter to @POTUS urging his administration to pursue a formal free trade agreement with #Taiwan. This agreement would show our allies in the region that we are committed to working with our partners to counter the #CCP and advance policies that help Americans. pic.twitter.com/2YhwinCfQd