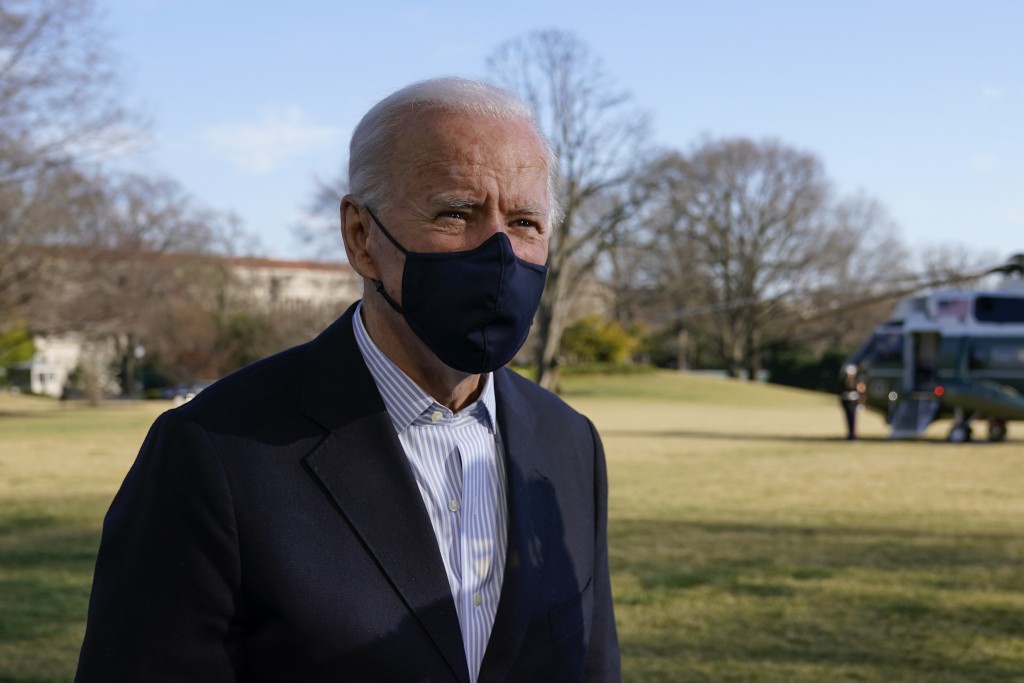 WASHINGTON (AP) — President Joe Biden will showcase health insurance cost cuts in a speech in Ohio Tuesday during what may be the best time for Democrats to talk up the Affordable Care Act since it became law.

Biden's COVID-19 relief bill pumps up “Obamacare” premium subsidies to address longstanding problems of affordability, particularly for people with solid middle-class incomes. More taxpayer assistance means, in effect, that consumers who buy their own policies through HealthCare.gov will pay hundreds of dollars less out of their own pockets.

“The ACA is over a decade old and this is literally the first time that Democrats have been successful at improving it,” said analyst Larry Levitt of the nonpartisan Kaiser Family Foundation. “Democrats have succeeded politically by selling the ACA's protections for preexisting conditions, but affordability has always been a challenge. And now Democrats have successfully improved the premium help available under the law.”

The numbers show that the Biden administration does have a product that consumers may want to hear about.

The COVID-19 legislation cuts premiums paid by a hypothetical 64-year-old making $58,000 from $1,075 a month to about $413, based on Congressional Budget Office estimates. A 45-year-old making $19,300 would pay zero in premiums as compared with about $67 on average before the law. People who have even a brief spell of unemployment this year can get a standard plan for zero premium and reduced copays and deductibles.

New and existing customers will be able to take advantage of the savings starting April 1 by going to HealthCare.gov. States that run their own health insurance markets will offer the same enhanced assistance, although timetables for implementation may vary.

Biden has opened a special sign-up period for uninsured people to get coverage through HealthCare.gov through May 15, and the early response has been strong. By spreading the word about the higher subsidies, the White House is hoping to super-charge enrollment. But the 11 million people who already have private plans through the health law will also benefit.

Republicans see Biden's sweeter subsidies as an example of Democratic overreach on the COVID-19 bill. Policy consultant Brian Blase, a former health care adviser in the Trump White House, expects most of the additional taxpayer assistance will merely substitute for what private households would have otherwise paid.

Their complaints notwithstanding, Republicans may face a political dilemma. The higher health care subsidies are keyed to the pandemic and expire by the end of 2022. That will let Democrats set up election-year votes to make the new benefits permanent, or add even more.

The COVID-19 bill follows Biden’s strategy of building on the Obama-era health law to move the U.S. toward coverage for all.

Another provision offers a dozen or so holdout states led by Republicans a financial inducement to expand Medicaid to more low-income adults. So far there have been no takers.

It’s unclear how big a dent the Biden legislation will make in the number of uninsured people, which has risen to an estimated 33 million or more.

But it represents the biggest expansion of federal help for health insurance since the ACA's enactment. Obamacare not only survived President Donald Trump’s repeated attempts to tear it down, it's now getting new life.

Because health insurance is so complicated, consumers are going to have to do their homework to figure out if there’s something in the legislation for them. But people who qualify for higher tax credits won't lose out. If they don't claim the enhanced assistance immediately, they're still entitled to the money when they file their 2021 tax returns next year.

Tuesday marks the 11th anniversary of then-President Barack Obama signing the Affordable Care Act. Biden, who as vice president was at Obama's side at the signing ceremony, is scheduled to tour the James Cancer Hospital and Solove Research Institute before his speech.