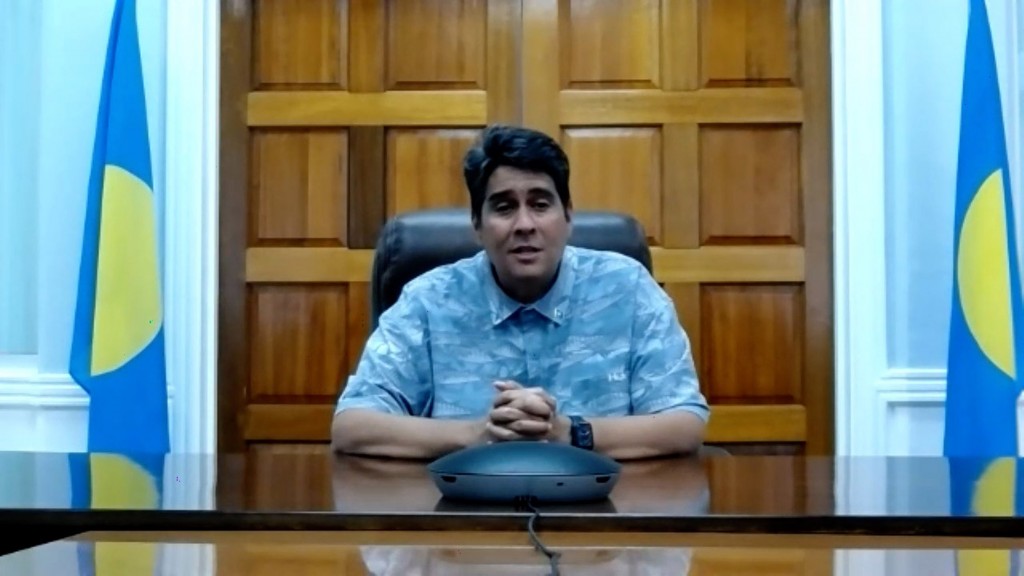 TAIPEI (Taiwan News) — Palauan President Surangel Whipps Jr. on Monday (March 22) revealed that he had rejected an offer by China to switch diplomatic relations from Taipei to Beijing last year.

During an interview with CNA on Monday, Whipps said he was approached by Chinese officials about cutting ties with Taiwan after he had won Palau's presidential election in November of 2020. However, he said he had politely turned down a deal to jump ship for Beijing.

Whipps said he had assertively rejected the offer by saying, "I believe that we should be free to choose who our friends are, and nobody should say 'I cannot be somebody's friend.'" Not precluding relations with China entirely, Whipps added that he had told the officials: "If you want to be our friend, you're welcome to be our friend, but don't tell me who my friends can be."

Whipps stressed that Palau is a "peaceful, democratic nation" and said it is important that it have "strong relations with countries that share the same values that we have." He stated that Palau has been "fortunate to be a strong partner with Taiwan."

Palau is one of Taiwan's four remaining Pacific allies, including the Marshal Islands, Tuvalu, and Nauru, and one of 15 total allies worldwide. The first flight of Taiwan's travel bubble with Palau will take off on April 1.