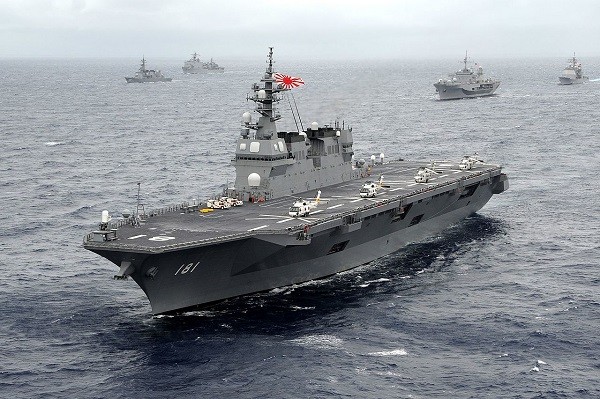 TAIPEI (Taiwan News) — Japan is exploring ways its military can help U.S. forces defend Taiwan in the event of an attack by China.

During talks with Japanese Defense Minister Kishi Nobuo on March 16, U.S. Defense Secretary Lloyd Austin broached the subject of joint U.S.-Japanese cooperation in defending Taiwan if China were to attack. During the meeting, the two sides agreed to cooperate closely in the event of such military aggression, but the details of this coordination have not yet been discussed, reported Nikkei Asia.

During the meeting, Kishi noted the recent dramatic increase in flights by Chinese military planes in the Taiwan Strait. He emphasized the need for Japan's Self-Defense Forces (SDF) to coordinate with their American counterpart in the event of an assault by the People's Liberation Army.

Amid China's stepped-up military aggression towards Taiwan and Japan's proximity to any potential conflict, Tokyo has recently been assessing the viability of releasing "an SDF dispatch order to protect U.S. warships and military planes" if a conflict were to arise, according to the news site.

After the meeting, the two countries issued a lengthy statement in which they stated they would not tolerate China's "destabilizing behavior." Deutsche Welle cited Go Ito, a professor of international relations at Tokyo's Meiji University as saying that "The wording of this statement is surprising in its strength, particularly from Japan's perspective as Tokyo generally prefers to take a more delicate or diplomatic approach."