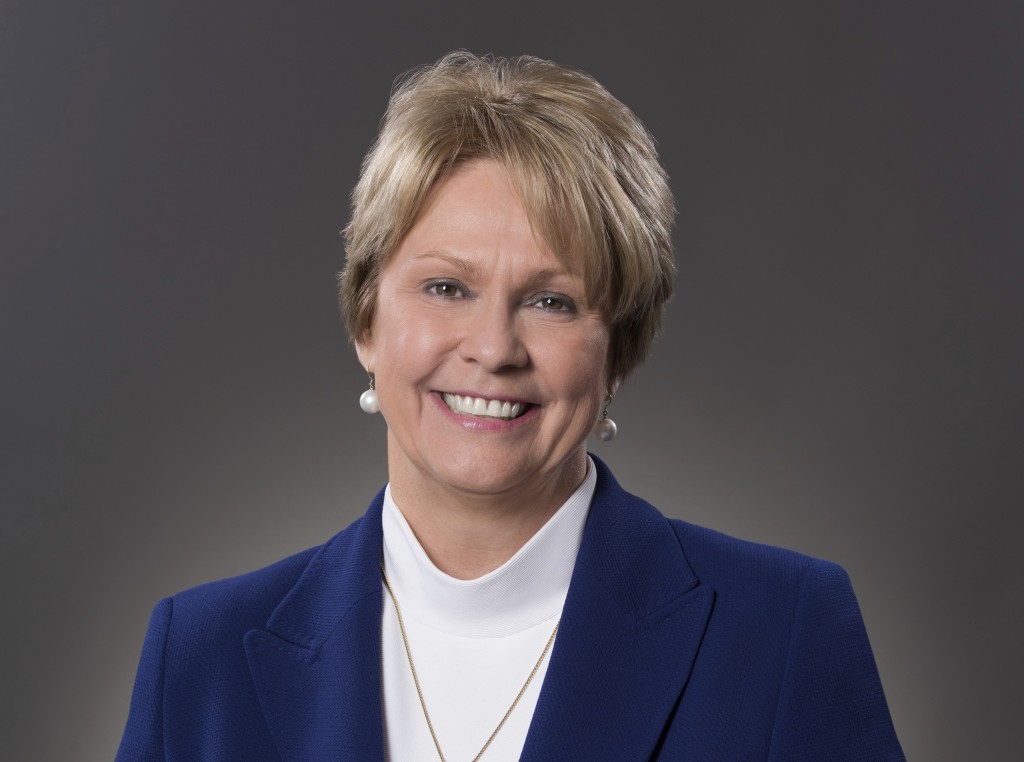 NEW YORK (AP) — Removing carbon dioxide from the air is seen as crucial to reducing the worst impacts of global warming, and the world's largest effort to do that on a commercial scale is coming from an unlikely source: a Texas oil company.

Occidental Petroleum's CEO Vicki Hollub plans to transform her oil and gas business into a carbon management company and to break ground next year on a direct air capture facility that will suck carbon dioxide out of the atmosphere in the Permian Basin, the country's most prolific oil field.

The idea is to help the environment and make money at the same time. Occidental has been capturing carbon dioxide from its oil and gas operations for 40 years, injecting it underground to help recover more oil from its reservoirs.

But Hollub's ambitions are bigger. Under her leadership, Hollub has invested an undisclosed amount developing a new direct air capture facility that can remove a million metric tons of carbon dioxide from the atmosphere per year; that's compared to thousands of tons per year that most current direct air capture plants remove.

The facility will suck in air and separate the carbon dioxide using chemicals. The carbon dioxide can then be stored underground or used by industry. Hollub plans to build many more facilities, selling the carbon and what she calls carbon-neutral or carbon-negative oil.

“The barriers right now are those who are so doubtful of the process and the benefits it’s going to provide,” Hollub said. “Some talk about the cost being too high, but just like solar and wind, the more we build, the more the cost will come down.”

Hollub's ideas are appreciated by OPEC Secretary General Mohammed Barkindo and top executives from British Petroleum and Royal Dutch Shell, but she says “the U.S. CEOs, I don’t really get much feedback from them on this, face-to-face.”

Q: Why was it important to you to invest in this technology?

A: There is a business case to do it, and whenever you can find a business case that also does good things for the environment, for the communities, for the world, that is certainly a winning scenario. We believe direct air capture does all of that.

It creates value for our shareholders by increasing the recovery of oil that we can get out of our existing reservoirs and lowers the cost and ensures sustainability of that oil production over time.

The fourth thing is that recovering more oil from existing reservoirs means that more future demand can be met with existing development, and that ultimately will reduce the need for new developments in the decades to come, which we hope will prevent the need to develop oil and gas in environmentally sensitive areas of the world.

When you combine all those things together, that’s our vision of the way that we can not only go through the transition process profitably, but also transform ourselves into a carbon management company.

We actually welcome the transition. We're not stepping forward afraid of it. We’re embracing it and trying to lead in this area.

Q: Do you expect to eventually make more money from carbon management than oil and gas production?

A: We believe the carbon management business will equal our chemicals business (which brought in $507 million in profit last year) in probably 10 to 15 years. Beyond 15 years we expect it will potentially compete and then exceed what our oil and gas operations are making today.

The way we would do that is not only by developing the sourcing of carbon dioxide from anthropogenic (man-made) and atmospheric sources for our own operations, but doing this as a service to others too.

We believe this is going to be a critically important technology for the oil and gas industry over time.

Q: How many of these would you like Occidental to build?

A: I actually think it’s got to be hundreds, because it’s really important. We sort of feel like the Tesla of the direct air capture industry, because when they first started, people had doubts about the impact it could make. But Tesla’s been highly successful, and they’ve transformed the auto industry. Now others are doing what they’re doing, and had Tesla not started it and been aggressive with it, I don’t think the electric vehicle industry would be where it is today. And that’s a critical thing for our planet.

We believe direct air capture is another way to also help the world because, the good thing about it is, you don’t have to retrofit an existing industrial site. You can put it anywhere you want to put it. So by combining it with oil reservoirs, that’s the best of all worlds. To be able to provide the world with negative carbon oil, while also being able to meet the needs of the world to use oil.

We shouldn’t kill fossil fuels. We’ve got to just figure out how to make fossil fuels emission-less, and that’s what our drive is.

Edited for clarity and length.