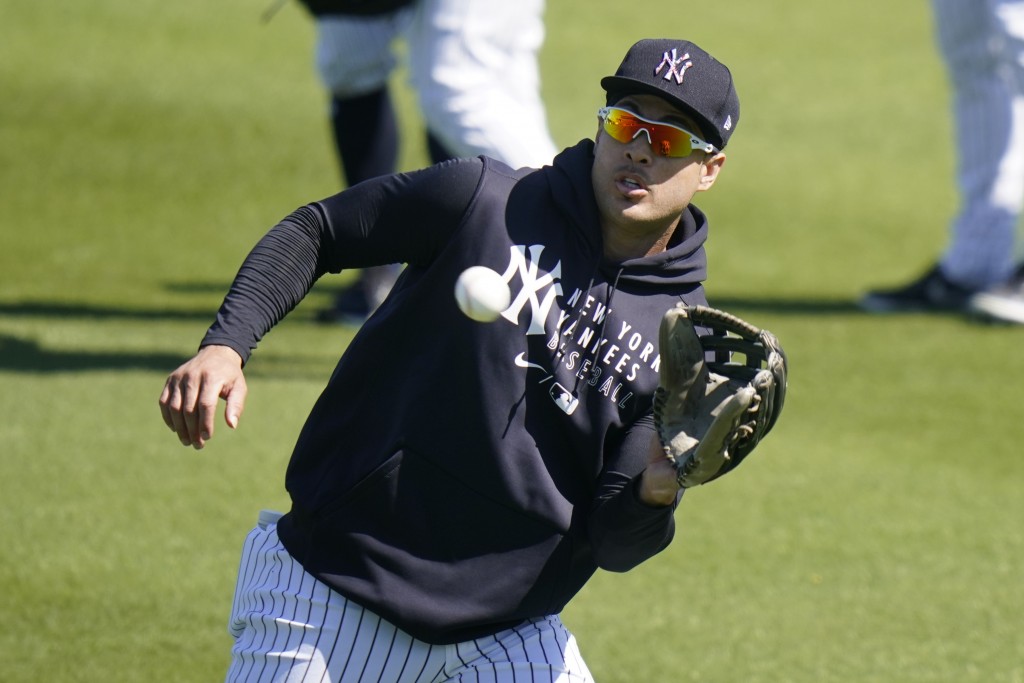 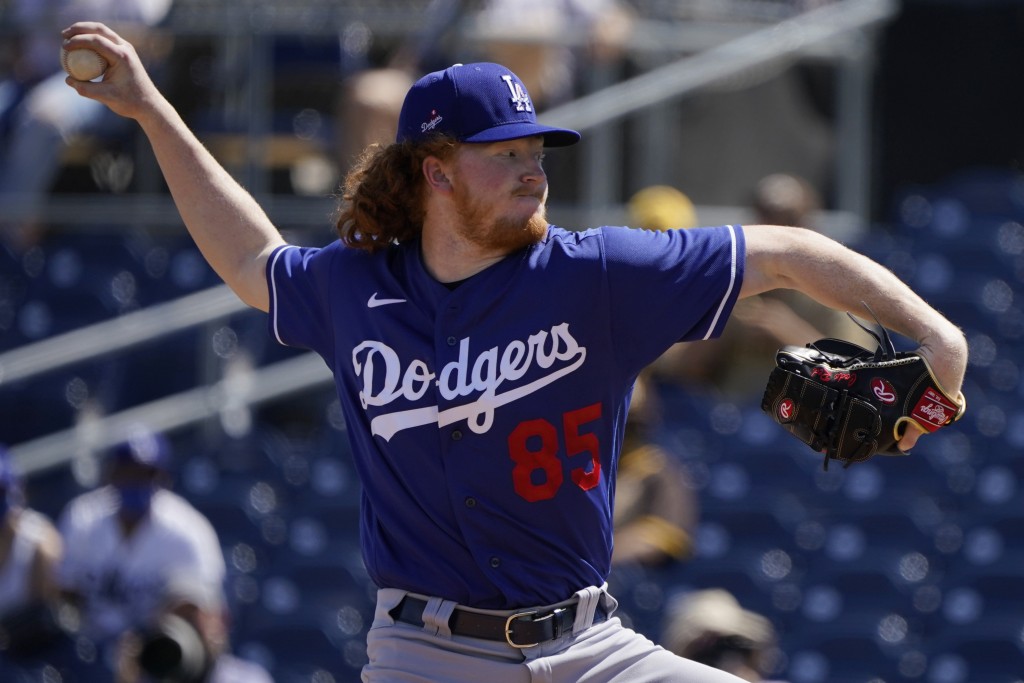 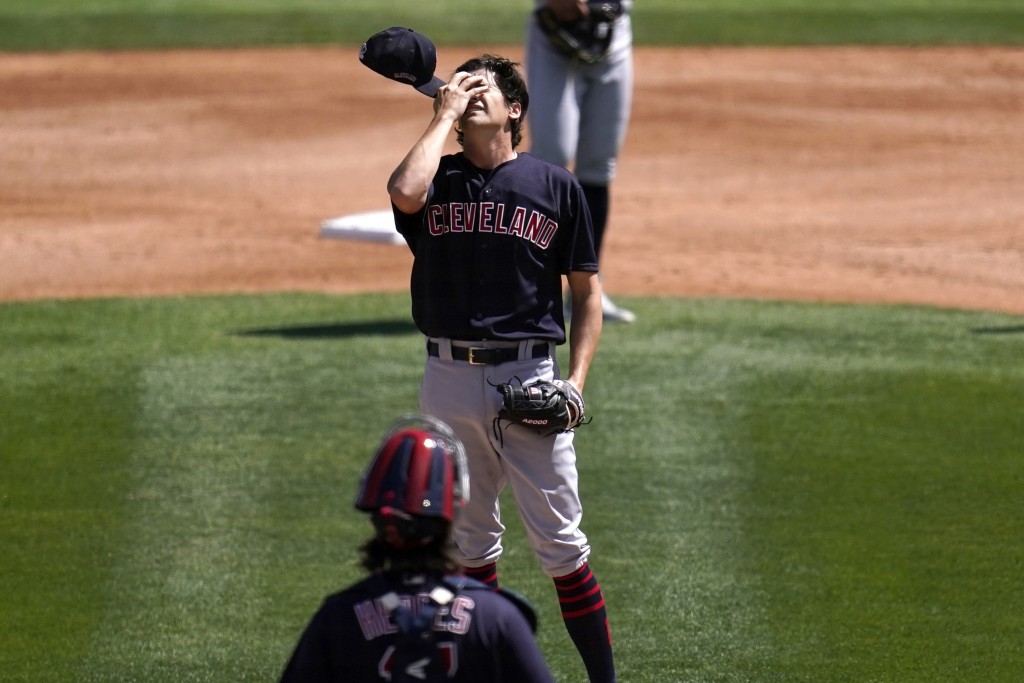 Giancarlo Stanton is picking up where he ended the postseason last year.

The New York Yankees slugger homered in each of his first five playoff games in 2020, a stretch that brought flashbacks of his spectacular 2017 NL MVP season and hopes that several injury-impacted years were behind him.

Stanton is 7 for 21 during spring training with two doubles and a homer that had an exit velocity of 115 mph. He also hit an 120 mph liner that was caught for an out.

“Ready to rock,” Stanton said. “The time of spring where it is, can we get things going here. You refine any last bits of swing and timing and all that to be ready to go.”

The Yankees open the regular season April 1 at home against the Toronto Blue Jays.

Stanton, 31, hasn’t played a full season since 2018 when he had 38 homers and 100 RBIs for the Yankees. That came one season after he led the NL with 59 homers and 132 RBIs in his final year with the Miami Marlins before being traded to the Bronx.

“I think one of the reasons we think we have a chance to be a really good team is because of some of our great players, some of our star players that obviously we’re counting on heavily,” Yankees manager Aaron Boone said. “Our success is tied to some of our big boys really thriving.”

Stanton, the starting designated hitter, is set to get limited time in the outfield this year. He is not expected to play in the outfield during the final days of spring training but will continue doing pregame defensive drills.

“As the discussions went on, I’ll be needed later in the first month or two,” Stanton said.

Dustin May struck out seven of the 11 batters he retired in his second start for Los Angeles, yielding a run on six hits and two walks. in his third appearance. AJ Pollock, batting just .107 coming in, hit his first home run and also doubled and singled. Chris Taylor hit his third homer.

Ryan Weathers, San Diego’s top pick in the 2018 draft, made his second start in his fourth appearance, pitching three innings and allowing three runs on four hits and a walk, striking out six. Weathers is one of three young left-handers competing for the final spot in the starting rotation. Manny Machado had two hits. Jurickson Profar drew a bases-loaded walk, but struck out twice and is just 1 for 26 (.038) at the plate. He batted a career-high .278 in 56 games last season, his first with the Padres.

Eloy Jiménez hit a two-run double for Chicago. Marco Hernández and Luis Robert pulled off a double steal in the second and both scored on a throwing error by catcher Austin Hedges. Dylan Cease made his second start, allowing three hits and three walks in 3 2/3 scoreless innings.

Cal Quantrill struggled in his third start for Cleveland, surrendering six runs on six hits and two walks in 2 2/3 innings, striking out three in his fifth appearance. Cesar Hernandez had three singles.

Danny Duffy made his fourth start for Kansas City, allowing one earned run on two hits and two walks, striking out six in four innings. Kyle Isbel led off the game with a home run and Ryan McBroom hit his third homer. Hunter Dozier had two hits, driving in a run with his fourth double.

Jaime Barria made his second start for Los Angeles, yielding four runs on five hits and a walk in three innings. Two pitchers who will be counted on in the bullpen also struggled. Alex Claudio replaced Barria, allowing two runs in one inning. Newcomer Junior Guerra followed, surrendering four runs on three hits and a walk, retiring five batters. David Fletcher had two hits, including a double. Albert Pujols is batting .379 after going 1 for 3.

Steven Matz made his third start for Toronto, all against the Phillies, and gave up one run and five hits in five innings, striking out six. It was the first run allowed by the left-hander in 10 innings in his first spring with the Blue Jays. Bo Bichette doubled twice and Riley Adams, vying for the backup catcher job, hit his second home run. George Springer had a hit and a walk and stole his second base.

Bryce Harper had an RBI double and played right field for a second straight day after being Philadelphia’s designated hitter in his first seven games. Matt Moore made his third start in his fourth appearance for Philadelphia, allowing two runs on five hits and a walk in four innings.

Bryse Wilson made his third start in his fourth appearance for Atlanta, pitching 4 2/3 innings and allowing one run on five hits and three walks. Alex Jackson, competing for the backup catcher job, hit a three-run homer. Ehire Adrianza had three hits, driving in two. Reigning NL MVP Freddie Freeman went 0 for 3 —- he is 3 for 20 this spring, all singles.

Martín Pérez struggled in his third start for Boston, surrendering five runs on six hits and five walks in five innings. Newcomer Franchy Cordero played for the first time after missing the first half of camp due to COVID-19, going 1 for 2 as the designated hitter. Rafael Devers had an RBI single.

John Gant made his third start in his fourth appearance for St. Louis, working five innings and allowing one run on three hits and two walks with five strikeouts. Dylan Carlson hit his first home run.

Brandon Bielak made his second start in his fourth appearance for Houston, pitching five innings and yielding two runs on two hits and two walks, striking out six. Yuli Gurriel and Taylor Jones had RBI singles. Jose Altuve went 0 for 3 from the leadoff spot, striking out all three times.

Miguel Cabrera, batting .185 this spring for Detroit, hit his first home run. Renato Núñez had an RBI double and a run-scoring single. Matthew Boyd made his fourth start, allowing one run on four hits and a walk in four innings, striking out five.