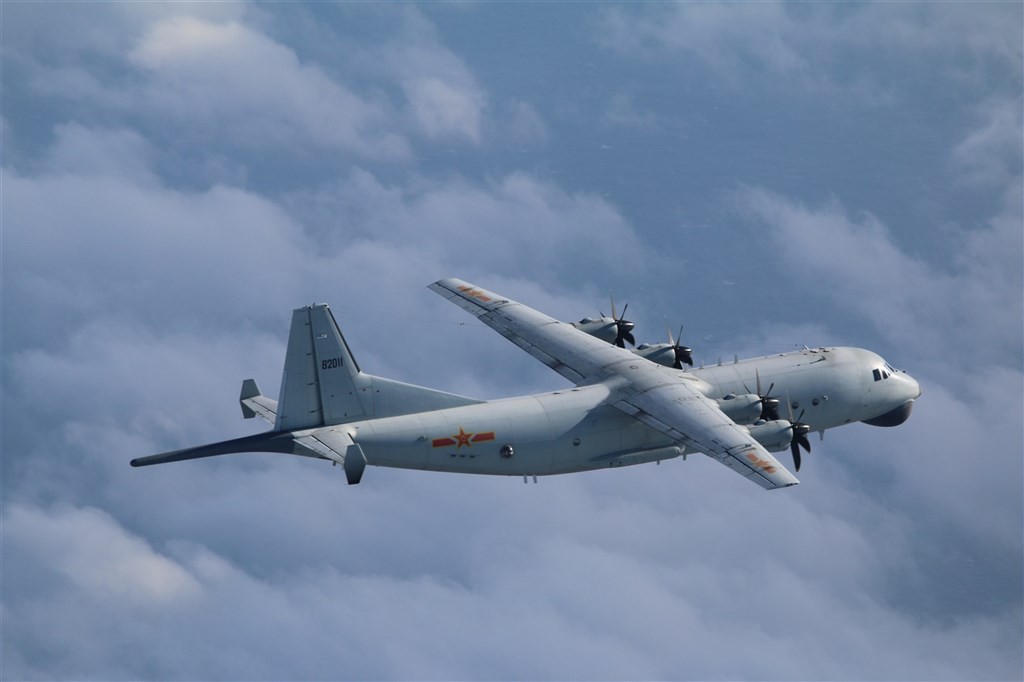 Over the past months, incursions into the ADIZ southwest of Taiwan’s main island have almost become a daily occurrence. As on previous occasions, the Air Force scrambled jets, issued radio warnings to the Chinese plane and deployed its air defense missile systems to monitor the aircraft’s activity.

The plane, a Y-8 anti-submarine aircraft, emerged from the area on the border between the Chinese provinces of Fujian and Guangdong Saturday morning before flying across the Taiwan Strait in a southeasterly direction, the Liberty Times reported. Once warned by Taiwan, it retraced the same route to head back to China.

The most recent previous incident also involved a Y-8 anti-submarine plane, which followed about the same trajectory on Wednesday (March 17) afternoon. Out of 20 days in March so far, Chinese warplanes intruded into Taiwan’s ADIZ during 11 of them.