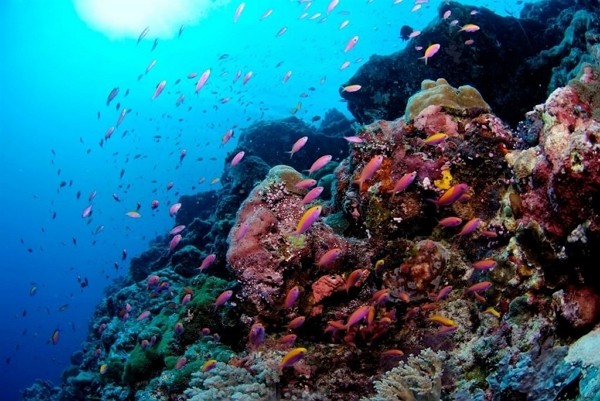 China Airlines (CAL), one of Taiwan's major carriers, said Friday (March 19) that it has allocated seats to six travel agencies for group tour bookings to Palau, which will launch a "travel bubble" with Taiwan on April 1.

Passengers wishing to take advantage of the travel bubble can contact Lion Travel, G. Tour, KKday, Phoenix Tours, and DTS Group in Taipei or Life Tour in Kaohsiung for information about their tour packages to the Pacific island country, said CAL, which will operate the first flight under the travel bubble arrangement.

Lion Travel spokesperson Yu Kuo-chen (游國珍) said Friday that the agency had already received some 1,000 preliminary bookings for Palau tours.
The travel agency was expected to publicize its itineraries and prices later in the day for the group tours, according to Yu. He said the allocated CAL seats were likely to be filled soon after the sales opened.

Taiwan announced Wednesday the formation of a travel bubble with its diplomatic ally Palau, the first of its kind in the Asia-Pacific region, amid the COVID-19 pandemic, and the inaugural flight is scheduled to depart from Taipei on April 1.

Under the initiative, there will be streamlined quarantine procedures for both sides, as the pandemic situation has been relatively mild in the two countries, said Health Minister Chen Shih-chung (陳時中), who heads the Central Epidemic Command Center (CECC).

According to Deputy Transportation and Communications Minister Chi Wen-jong (祁文中), the travel bubble arrangement will be launched with two round-trip flights per week -- on Thursdays and Sundays -- operated by CAL.

Lion Travel, one of the biggest travel agencies in Taiwan, will offer four-day, three-night tours, departing from Taiwan on Thursdays, and five-day, four-night tours departing on Sundays, with the prices ranging between NT$75,000 (US$2,639) and NT$95,000, Yu had said earlier in the week.

Meanwhile, Taiwan's other major carrier EVA Airways is expected to launch flights to Palau on April 21 under the travel bubble arrangement, according to industry sources.