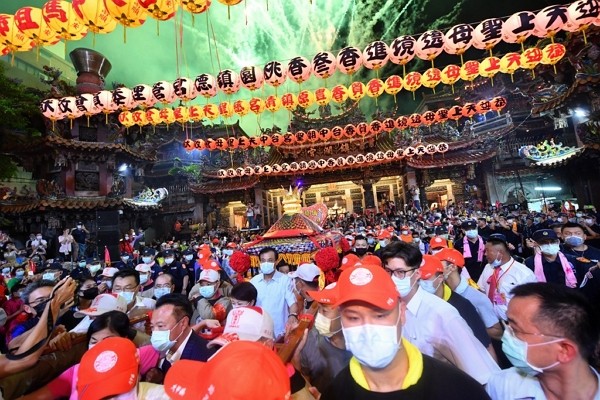 Taiwan is drilling wells, seeding clouds, and beseeching a gold-faced sea goddess to help the sub-tropical island ride out its most serious drought in about half a century after rain-soaking typhoons failed to make landfall last year.

The drought is worst across a band of western Taiwan, including the major metropolises of Hsinchu, home to many of Taiwan’s renowned tech firms, Taichung in the center of the island, and Tainan and Kaohsiung to the south.

Water levels in four major reservoirs have fallen to around or below one-tenth of capacity. Some chipmakers are buying water by the truckload for their foundries, though supplies so far are generally continuing uninterrupted for households.

Chiang Ming-lang, director of the Water Resources Agency’s northern region, told Reuters they have been piping in water from other reservoirs to the main one for Hsinchu, but it was still not enough and they were now drilling wells.

“Nobody wants to lack water. But if the heavens don’t open then that’s not something you or I can control,” he said. “Though some people say this is a short-term phenomenon, it’s hard to deny this has become a long-term one.”

Officials hope the ‘plum rain’ season that starts around late spring will help, but in the meantime are taking more drastic steps.

In Taichung earlier this month the Water Resources Agency took the unusual step of sending its top official for central Taiwan to a three-hour religious ceremony to pray for rain, the first time the event has been held in 58 years.

Some 3,000 people, mostly farmers as well as Taichung Mayor Lu Shiow-yen, prayed to the sea goddess Mazu, her gold face signifying her divinity and a popular deity believed to bring good fortune and end drought.

Yen Ching-piao, chairman of the Jenn Lann Temple where the prayers were offered, told media it didn’t matter who came, only that they were sincere in their request for rain.

“Prayers give hope, and prayers bring blessings,” he said.

Taiwan’s air force has also used C-130 transport aircraft to seed the clouds, while water resources officials back up the effort from the ground by firing chemicals into the air.

Agriculture accounts for more than 70% of water consumption in Taiwan, to grow rice and fruit like mango and pineapple.

“The spring has begun but I haven’t seen any rain. I can’t plant the three hectares of land I have,” he said. “There’s no water, so we have nothing to do. Apart from tilling the soil and planting mulch for the ground, I don’t know what to do.”