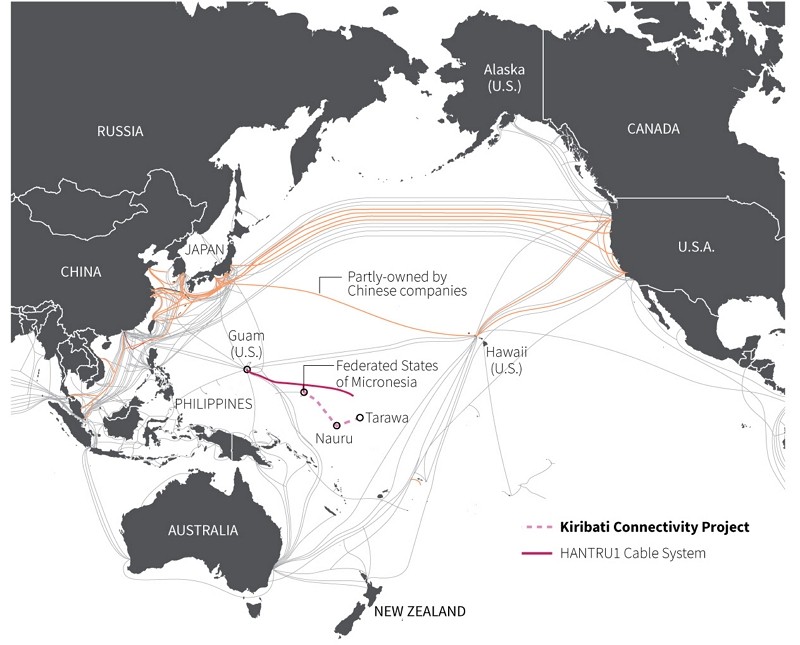 TAIPEI (Taiwan News) — A Chinese company is among three firms that have failed to secure a bid for an undersea cable project in the Pacific region, with much at stake, including security concerns.

Huawei Marine, divested from Huawei Technologies and currently owned by China’s Hengtong Group, joined France-based Alcatel Submarine Networks and Japan’s NEC as the three bidders for the infrastructure project, according to Nikkei Asia. Funded by the World Bank and Asian Development Bank, the US$72.6 million project involves building optical cables connecting the Federated States of Micronesia (FSM), Kiribati, and Nauru.

Nikkei Asia reported that the three firms had been notified by a consortium of carriers from the three Oceanian countries in February that their bids were “invalidated,” without giving details. Huawei Marine was previously said to be in a favorable position because of its cut-price bid, 20 percent lower than its rivals, Reuters wrote in a December report, citing sources.

The U.S., Japan, and Australia reportedly warned about the potential risks of the project being exploited by Beijing for espionage purposes. The submarine cable’s planned connection to one that reaches the U.S. territory of Guam has also raised eyebrows in some quarters.

Undersea cables are key to communications and have emerged as an area in the Pacific where countries vie for diplomatic clout. The three nations are expected to reopen the tender, which could see Chinese companies excluded, wrote Nikkei Asia.

Nauru is one of the 15 remaining diplomatic allies of Taiwan. Kiribati is believed to have favored Huawei Marine for the project after it cut ties with Taiwan in 2019 following Beijing's efforts to encourage both Kiribati and the Solomon Islands to switch recognition to China in the same week.