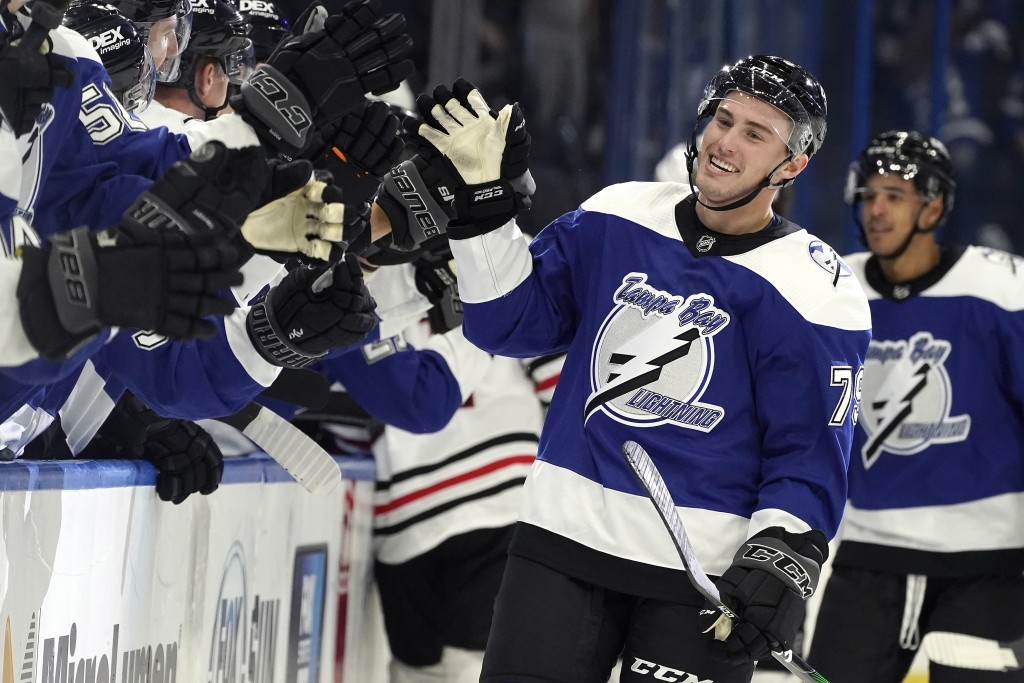 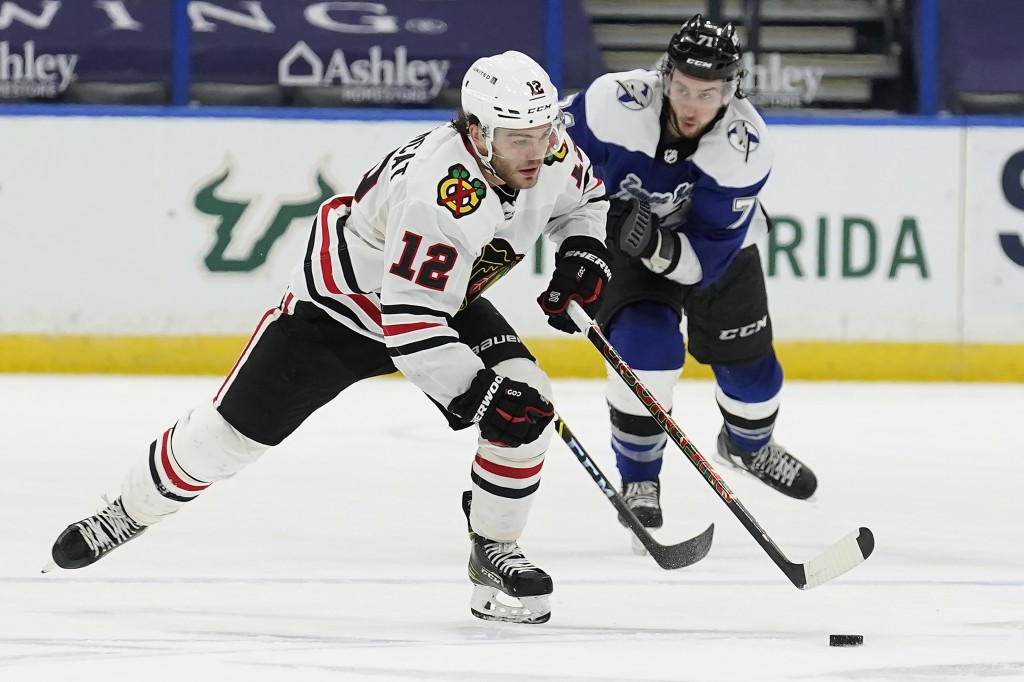 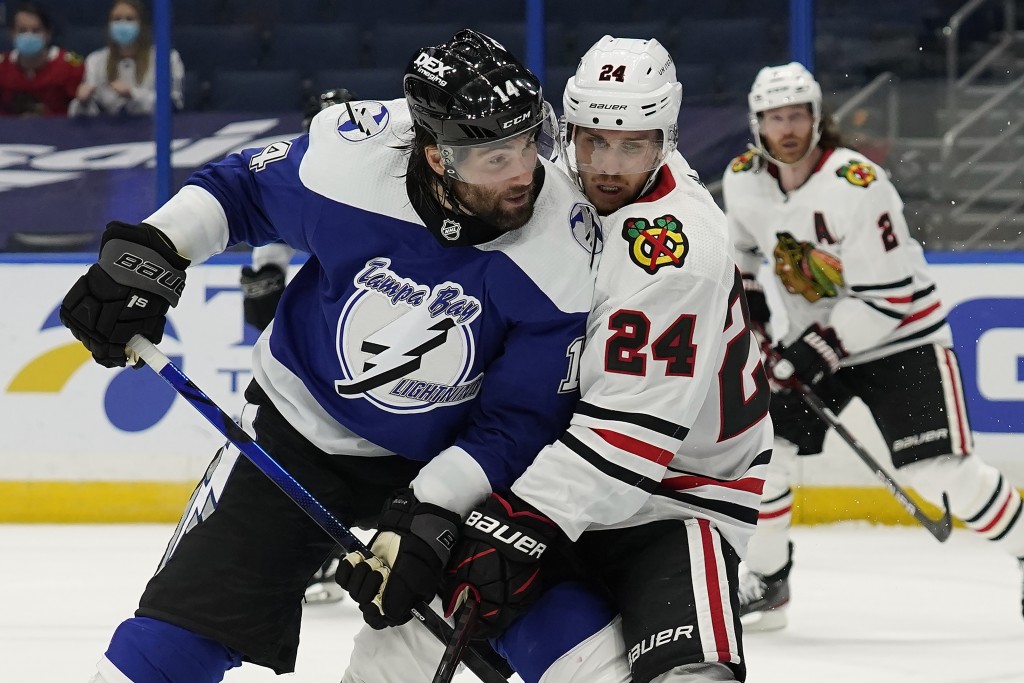 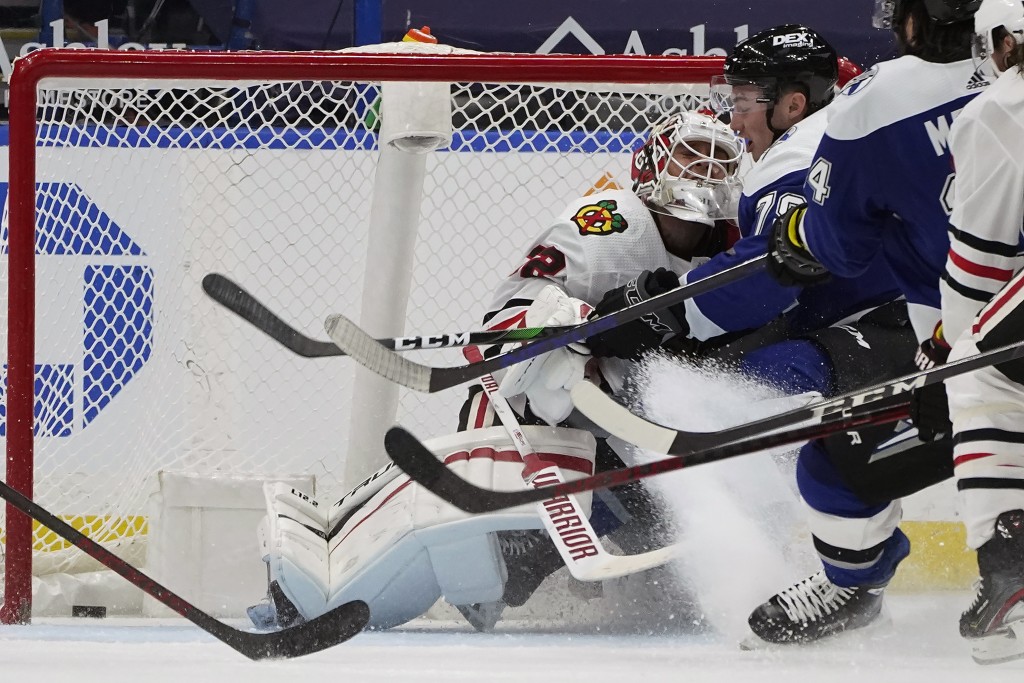 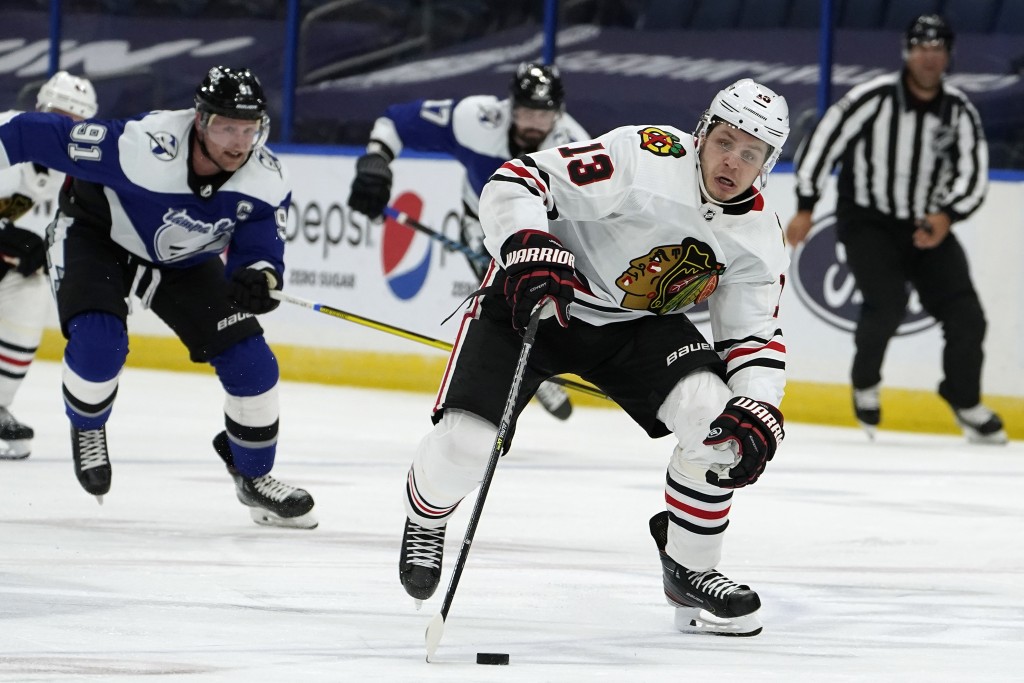 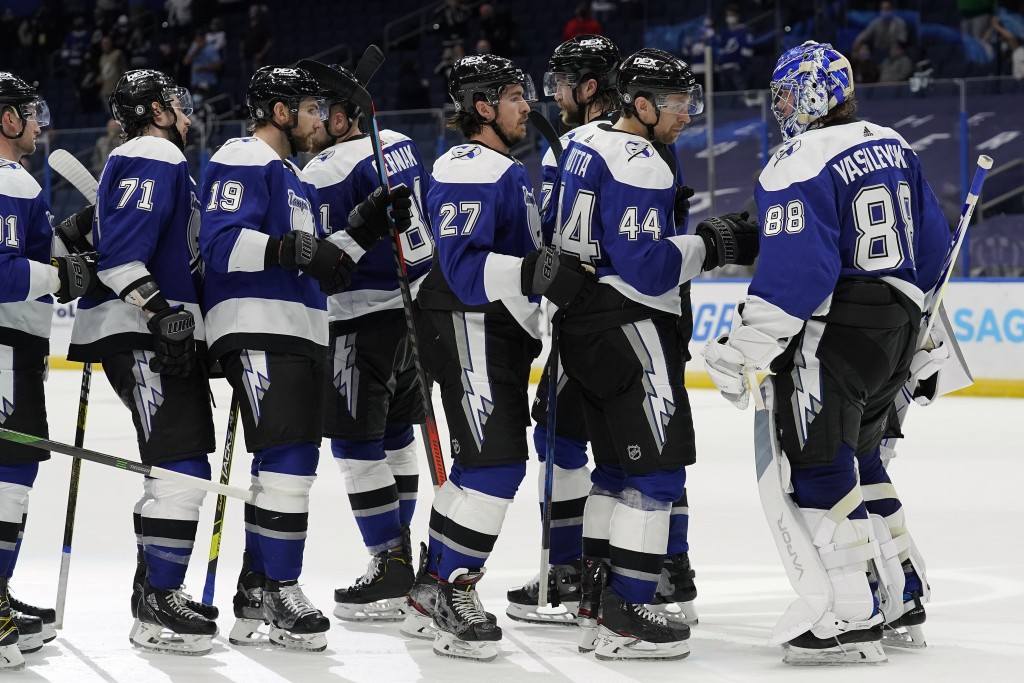 Dylan Strome and Mattias Janmark had power-play goals for the Blackhawks. They have lost three straight and are 1-5 in their last six games.

The teams will complete the two-game series Saturday.

Colton gave Tampa Bay the lead at 5:32 of the third period. He raced up ice and took a pass from Mathieu Joseph, skated in alone on Kevin Lankinen, pulled the puck back to his forehand and tucked a shot between the post and the pad.

Barclay Goodrow put Chicago on a power play in the opening minute as he tried to engage Connor Murphy in a fight for a hit Murphy delivered to Erik Cernak the last time the two teams met March 7. But Murphy didn't fight and Goodrow was called for unsportsmanlike conduct, leading to Janmark's goal at 2:10.

Killorn pulled Tampa Bay even with his eighth of the season, taking a pass from Hedman and sweeping around the back of the net for a wraparound that hit the skate of Lankinen and banked in at 13:15.

Gourde put the Lightning in front with 2:58 left in the period on the power play. After taking a pass from Mikhail Sergachev, Gourde split the defense and tried to find Tyler Johnson with a pass, but the puck deflected back to him allowing him to put a quick backhand on net that squeezed through the pads of Lankinen.

The Blackhawks quickly answered with another power-play goal at 18:45. Strome cut across the crease off a pass from Janmark and was able to put in his own rebound after the initial chance hit the post.

Chicago C Dylan Strome was activated off injured reserve and played his first game since Feb. 19. Strome missed 11 games with to a concussion.

RETURN TO THE ICE

Tampa Bay C Mitchell Stephens skated with the team during the pregame morning skate on Thursday. Stephens injured his leg in Columbus on Jan. 23 and later underwent surgery.