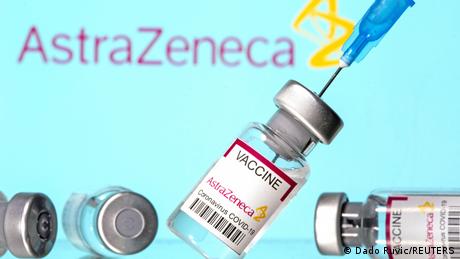 Germany, France and several other EU countries on Thursday have decided to continue using the AstraZeneca vaccine after the European Medicines Agency (EMA) deemed the shot "safe and effective."

Germany will resume administering the jab on Friday, according to Health Minister Jens Spahn. The vaccine, however, will come with new advice on potential side effects.

"The common aim of the federal government and all 16 states is for vaccinations with AstraZeneca to start tomorrow," Spahn said.

Germany had previously suspended the vaccine as a precaution, with Spahn vowing to make a decision on the vaccine after EMA guidance.

"The EMA analysis has confirmed the action we took," Spahn continued. "It was right to suspend vaccinations as a precaution until the accumulation of cases with this very rare type of thrombosis could be analyzed."

Where do other European countries stand?

"The AstraZeneca COVID-19 vaccine is effective, as underlined by the European regulator. It only has relatively rare side effects," Castex said.

Italian Prime Minister Mario Draghi said AstraZeneca vaccinations will "resume tomorrow," adding that "the government's priority is to carry out as many vaccinations as possible in the shortest possible time."

Spain will reintroduce AstraZeneca vaccinations on Wednesday, but will exclude some demographic groups to minimize health risks.

Lithuania will resume using the AstraZeneca jab on Friday, according to Health Minister Arunas Dulkys. Dulkys will join Lithuania's president, prime minister and parliamentary speaker on Monday in getting the AstraZeneca vaccine.

Norway, Sweden to wait for now

Norway and Sweden will keep the AstraZeneca vaccine suspended as their public health bodies assess the situation.

"Vaccinations with AstraZeneca will remain suspended until we have a full view of the situation," Norwegian Institute of Public Health director Camilla Stoltenberg told reporters, saying it was "premature" to come to a final conclusion on the vaccine.

Sweden has said it "needs a few days" before coming to a decision on the jab.