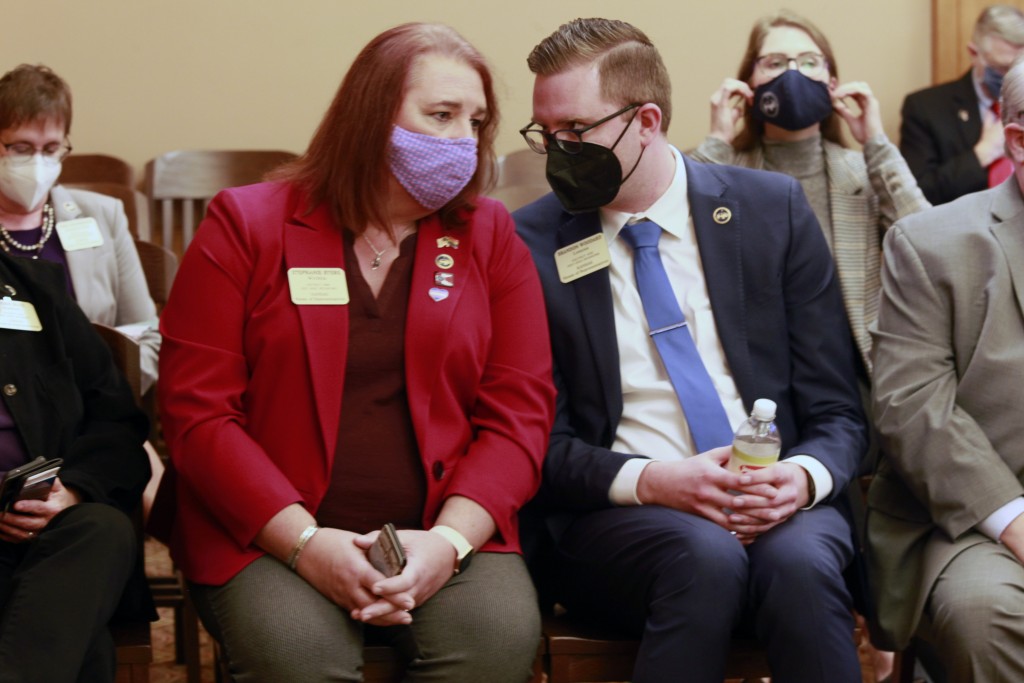 The GOP-controlled state Senate approved a bill that would enact the ban on a 24-10 vote, sending the measure to the Republican-controlled House. Kelly predicted ahead of Wednesday's two-hour debate that the policy would make it more difficult to recruit businesses to the state, but supporters of the measure dismissed her criticism.

Top Republicans in the Senate made the bill a priority, joining Republicans in Congress and more than 20 state legislatures who are pushing for similar bans. Idaho enacted a similar law last year that’s being challenged in federal court, and Mississippi Republican Gov. Tate Reeves signed a measure into law last week.

Like their counterparts across the U.S., supporters of the Kansas proposal said it would preserve fair competition in girl's and women's sports, though backers of such bans largely haven’t been able to cite examples of transgender students’ participation causing problems. In Wednesday's debate, they repeatedly referred to transgender girls as “biological boys” and argued that without the bill, women would be robbed of college scholarships and other life-changing opportunities available after decades of struggle.

“Do we want to set women's rights back 50 years?” said Sen. Renee Erickson, a Wichita Republican and former college basketball point guard, who led the debate for supporters.

Senate Minority Leader Dinah Sykes, a Kansas City-area Democrat, called the measure “hateful” and “rooted in bigotry.” And she grew irritated during the debate with a key message from supporters of the bill, that natural differences mean that men are naturally the superior athletes in almost every sport.

“I appreciate several of my male colleagues telling me how they want to protect the underdog, how men are superior. I actually find that rather misogynistic and rude,” she said. “Excluding women who are trans hurts all women.”

Erickson called Sykes' arguments “incredibly insulting” and suggested that critics were “insulted by facts, by trying to provide a level playing field.”

The state association that oversees middle and high school activities in Kansas has said it knows of only five transgender students currently active in K-12 activities, and there’s no record of any transgender school sports champions. Supporters argue that a ban would promote fairness in girls’ and women’s sports and repeatedly point to the 15 championships won between 2017 and 2019 by two transgender high school runners in Connecticut, which prompted a federal lawsuit.

Sen. Mark Steffen, a Republican from south-central Kansas and an anesthesiologist, said the bill was based on “indisputable physiological facts" that demonstrate “the male as a genetically and time-engineered superior machine." Sen. Virgil Peck, a southeast Kansas Republican, said he backed the bill because he believes in ”old-fashioned chivalry" and wants to take a stand for “young ladies, natural-born females.”

“Have we — men — given away our manpower to the snowflakes? Are we going to allow someone to carry around our manhood in their fanny pack or in their purse?" Peck said. “Are there no longer any alpha males who will stand and defend our young ladies, our wives, our daughters, our granddaughters, our neighbors' wives, daughters, and granddaughters?"

Kelly stopped short Wednesday of promising to veto the Kansas measure if it passes. However, she pointed to a past executive order on LGBTQ rights as signaling her position. A day after taking office in 2019, Kelly prohibited discrimination based on sexual orientation or gender identity in state hiring or employment decisions.

“We know from lots of experience in other states that when you implement these kinds of regressive social policies that you significantly decrease the ability to attract businesses here,” Kelly said. “Businesses want us to be inclusive.”

LGBTQ-rights advocates see the bill as an attack on transgender kids that is likely to increase bullying of them, and they argue that the debate itself is damaging their mental health.

“They’ve gotten some affirmation, and now they’re seeing that being stripped and being stripped by a governmental organization,” said first-term state Rep. Stephanie Byers, a Wichita Democrat and Kansas’ first transgender lawmaker.