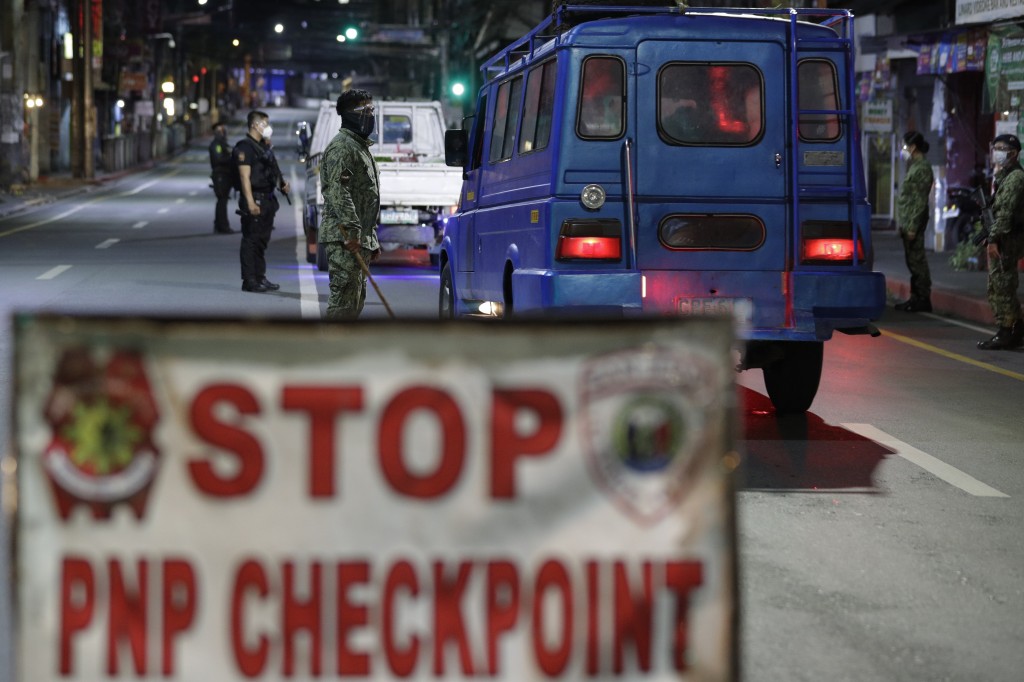 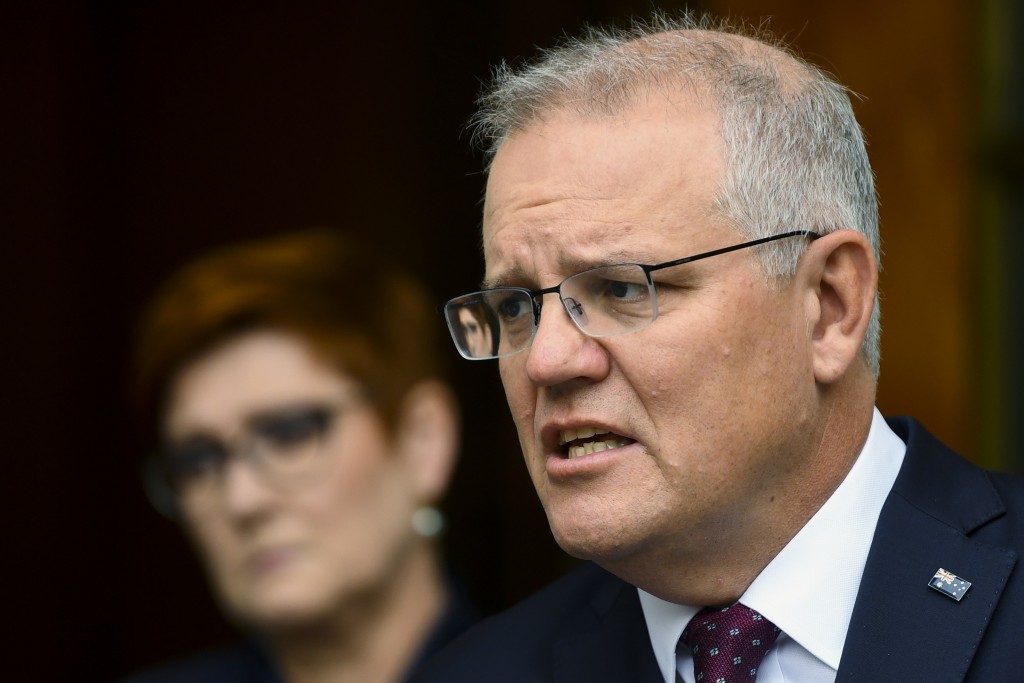 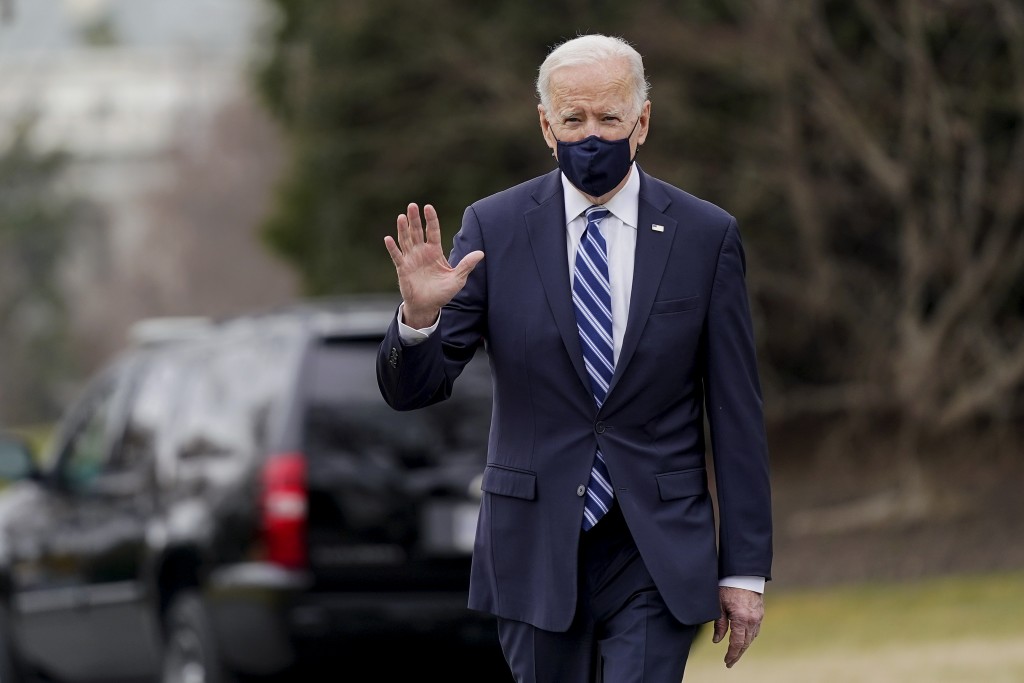 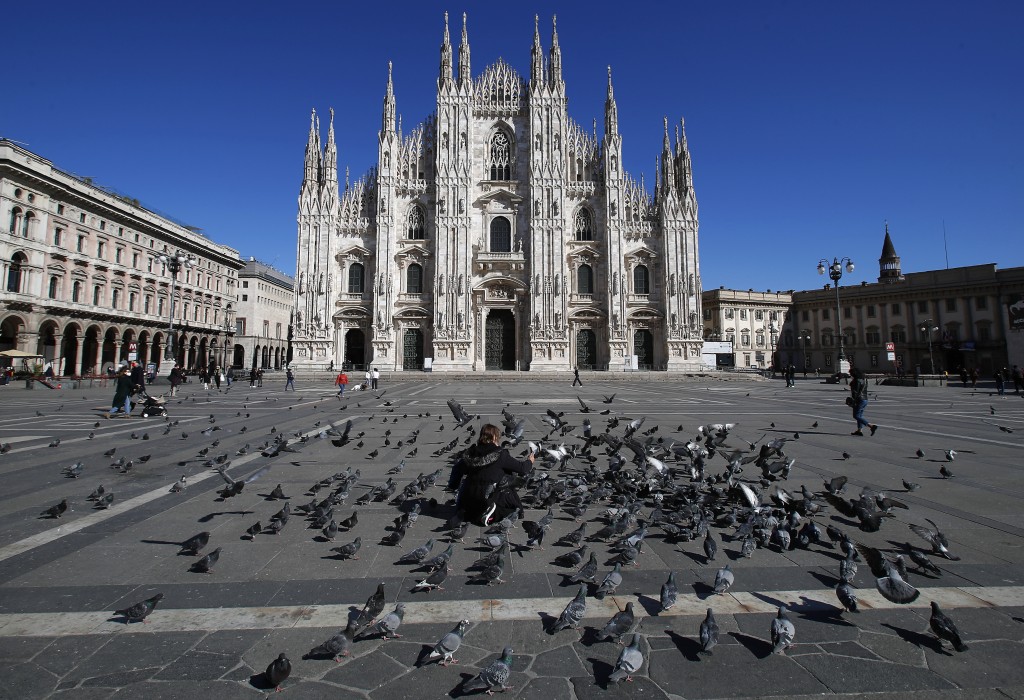 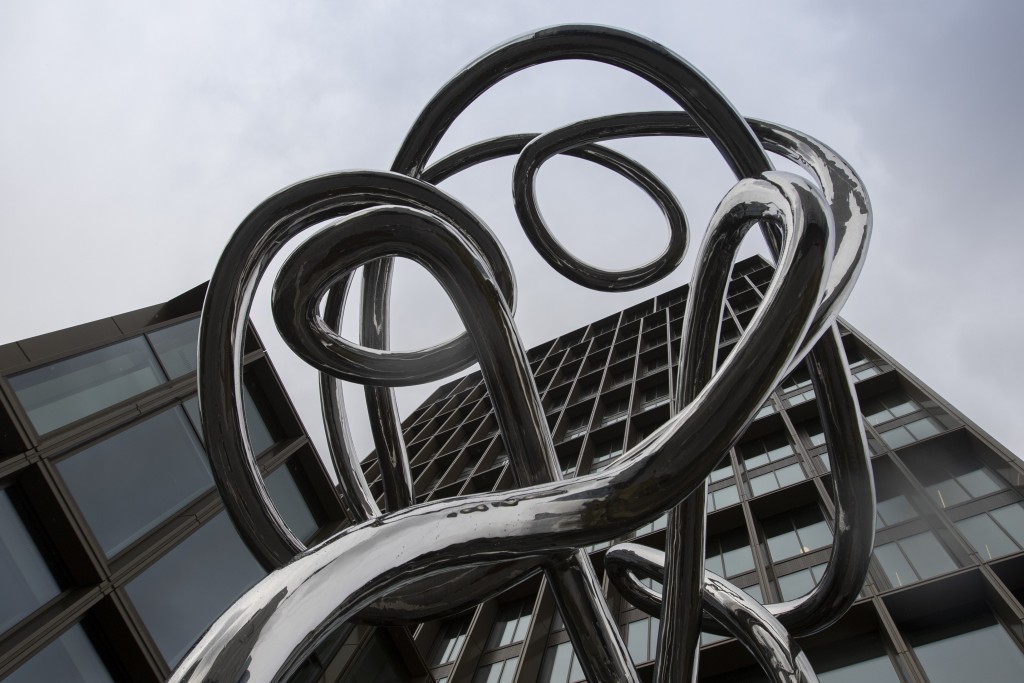 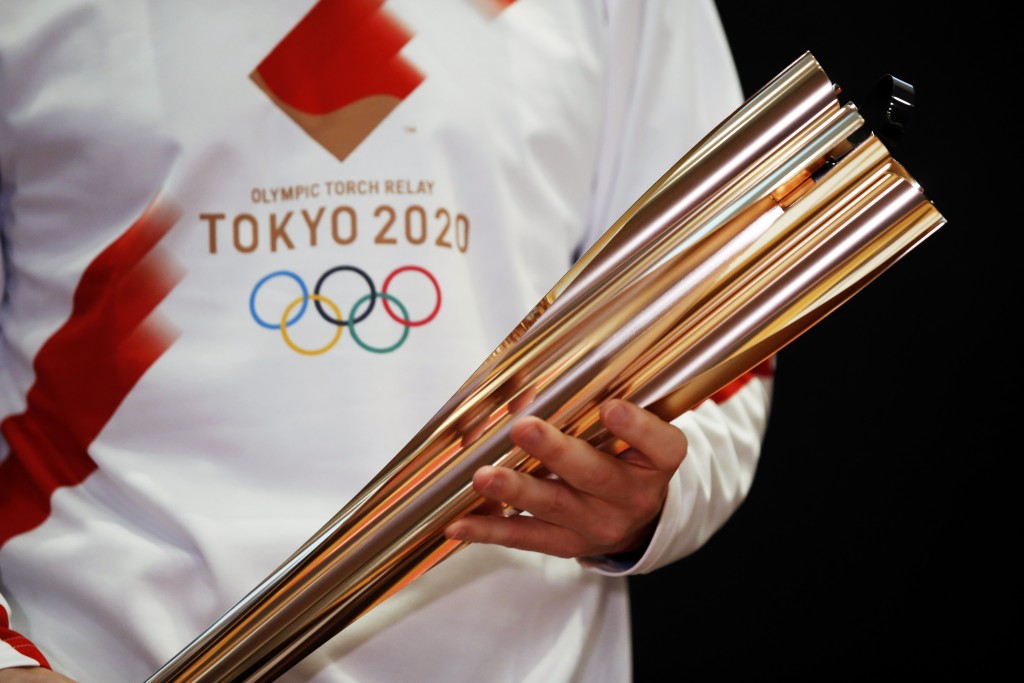 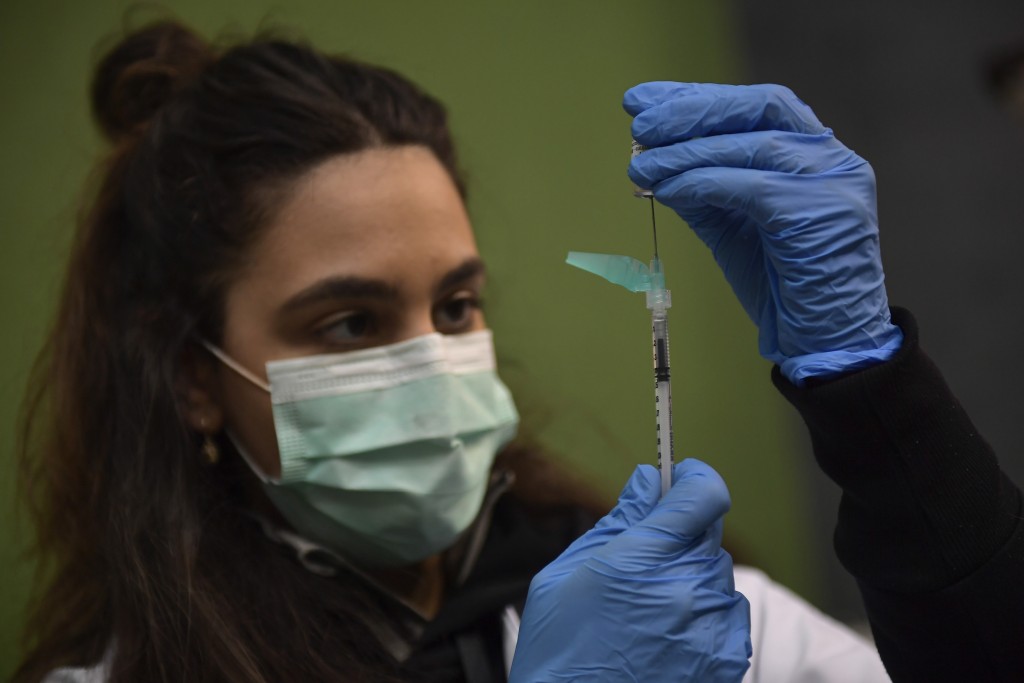 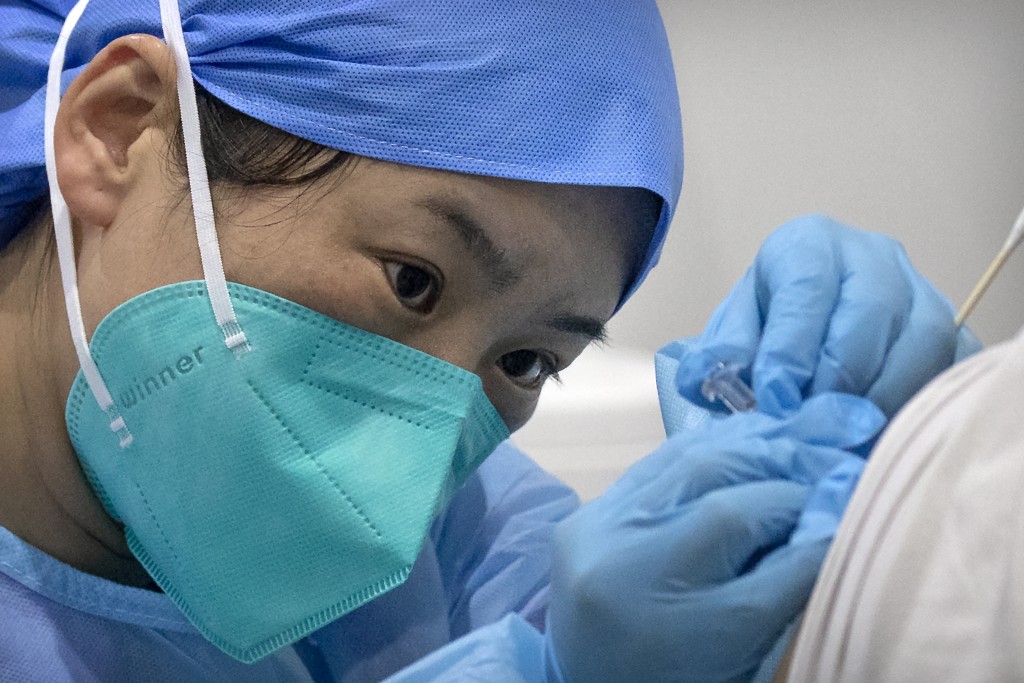 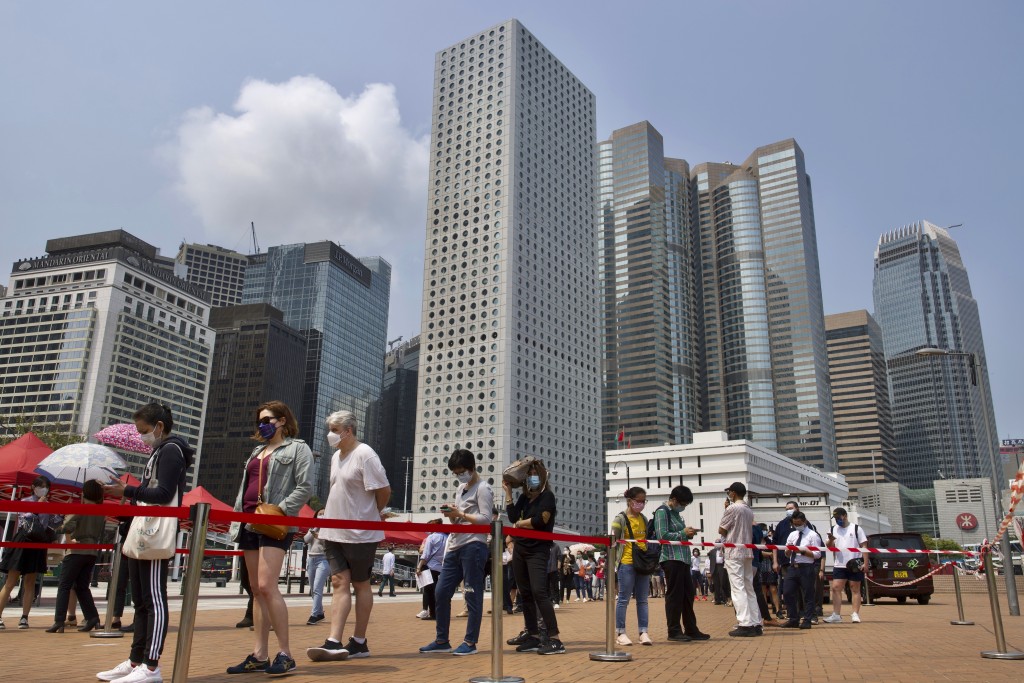 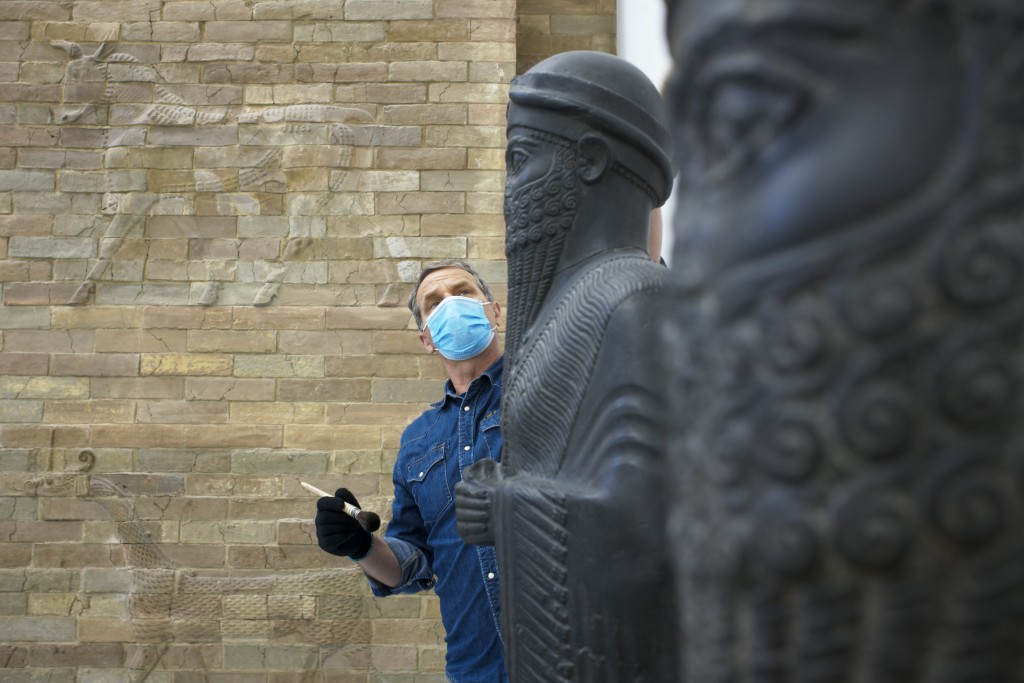 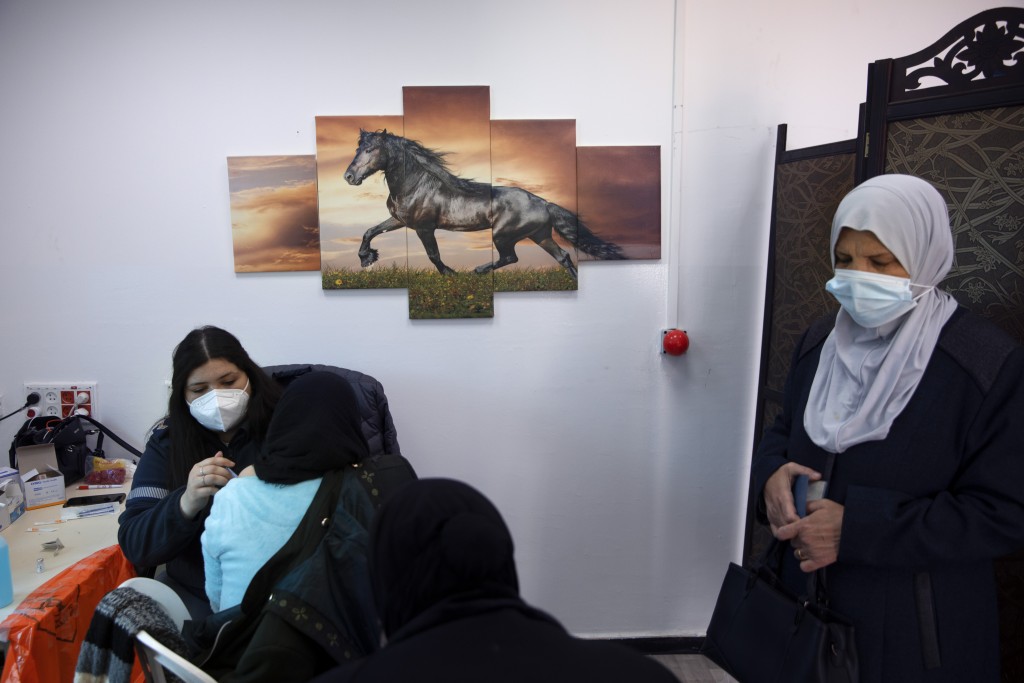 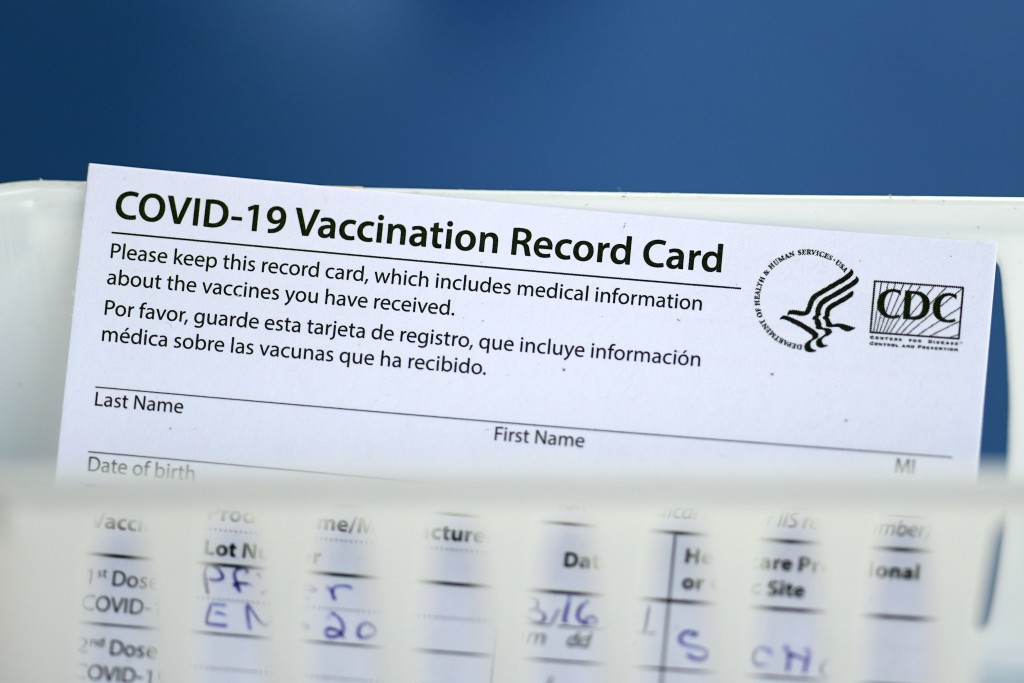 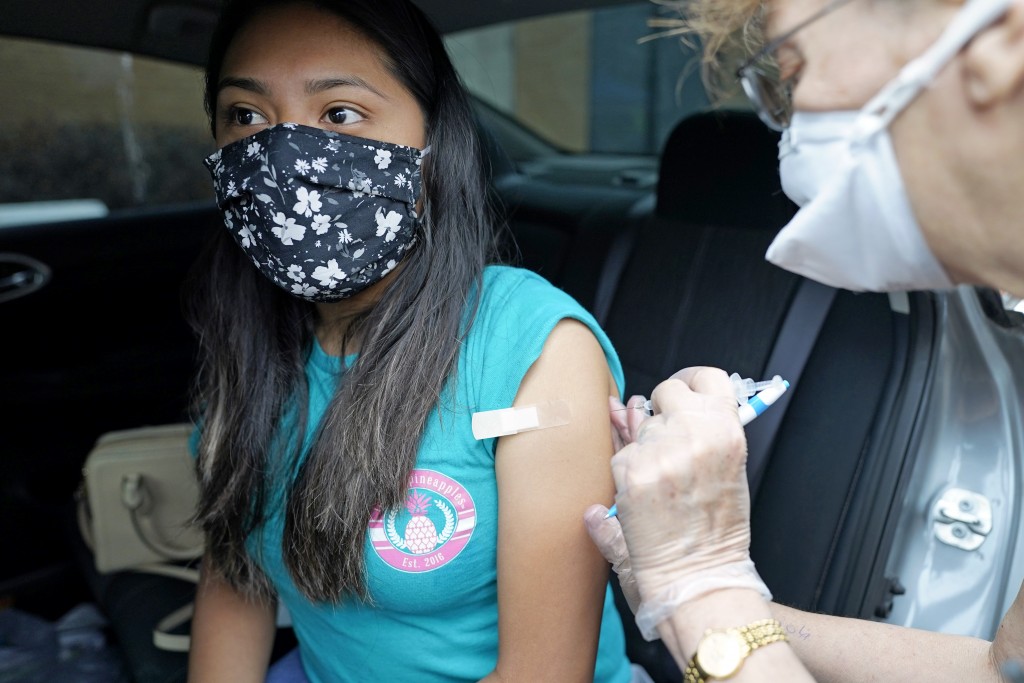 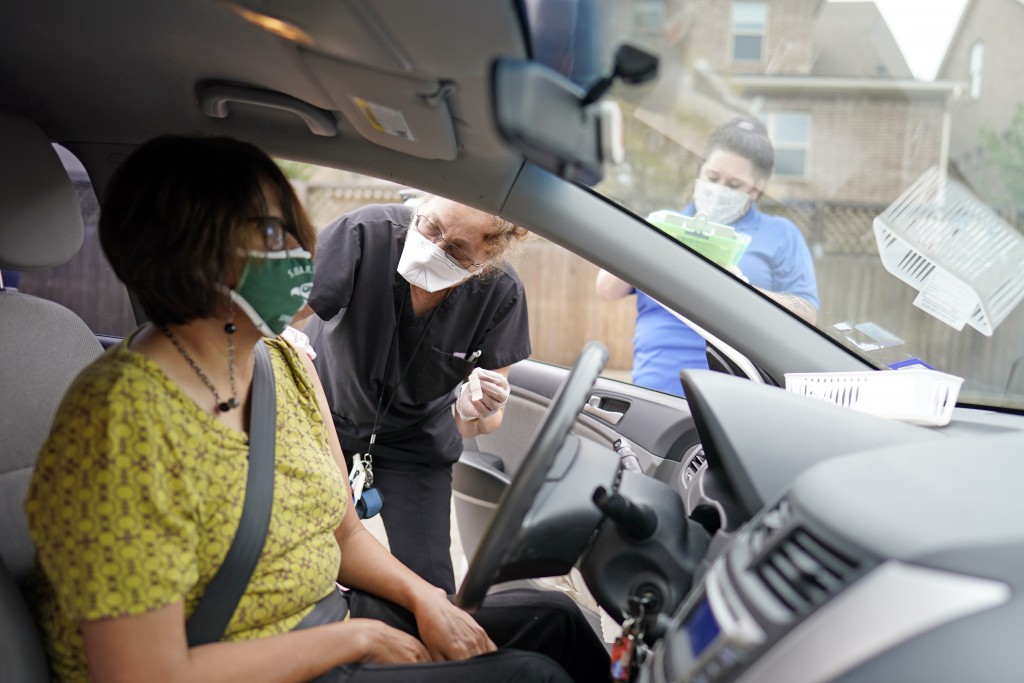 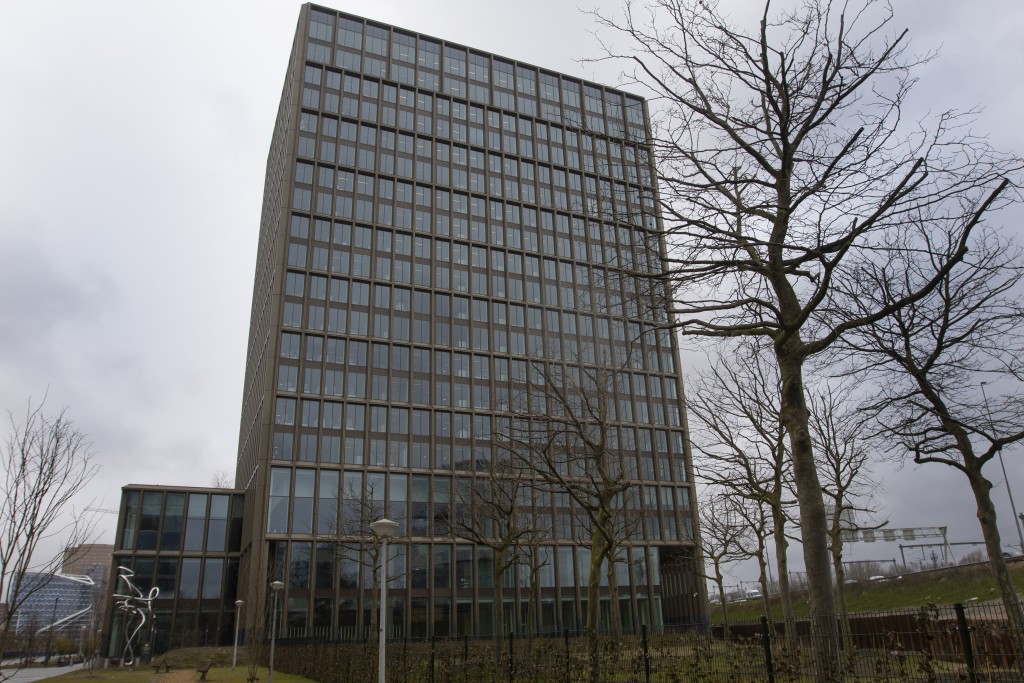 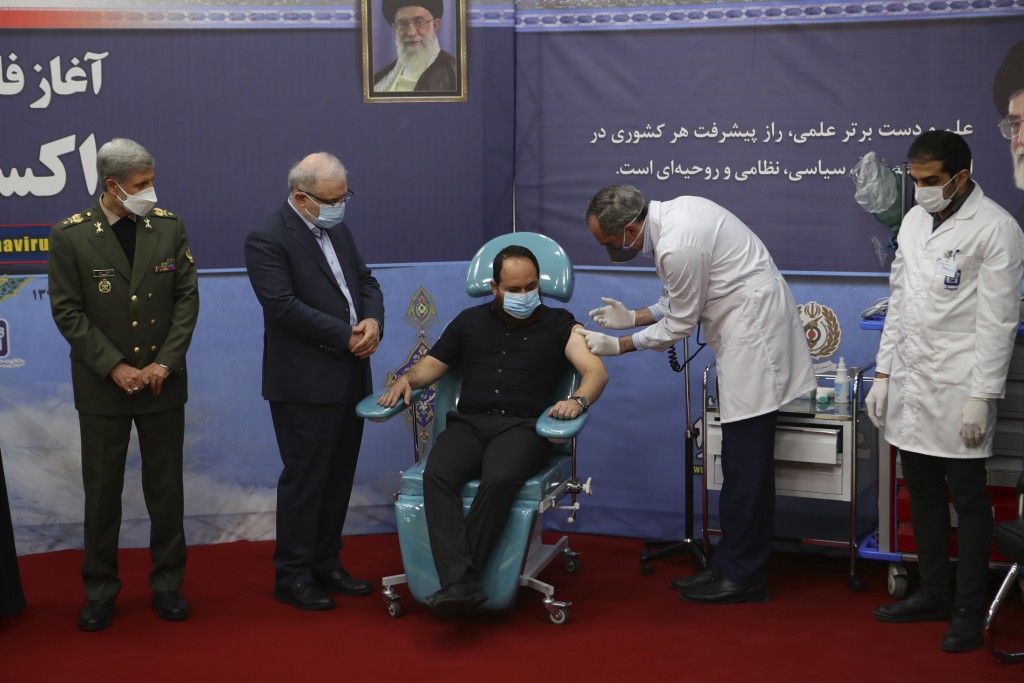 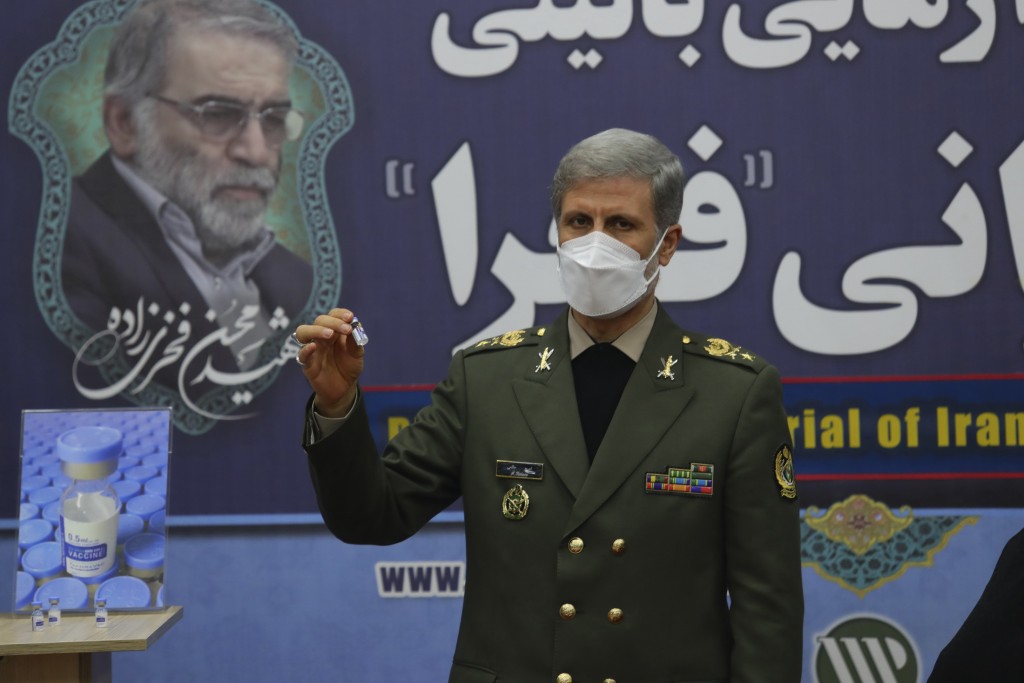 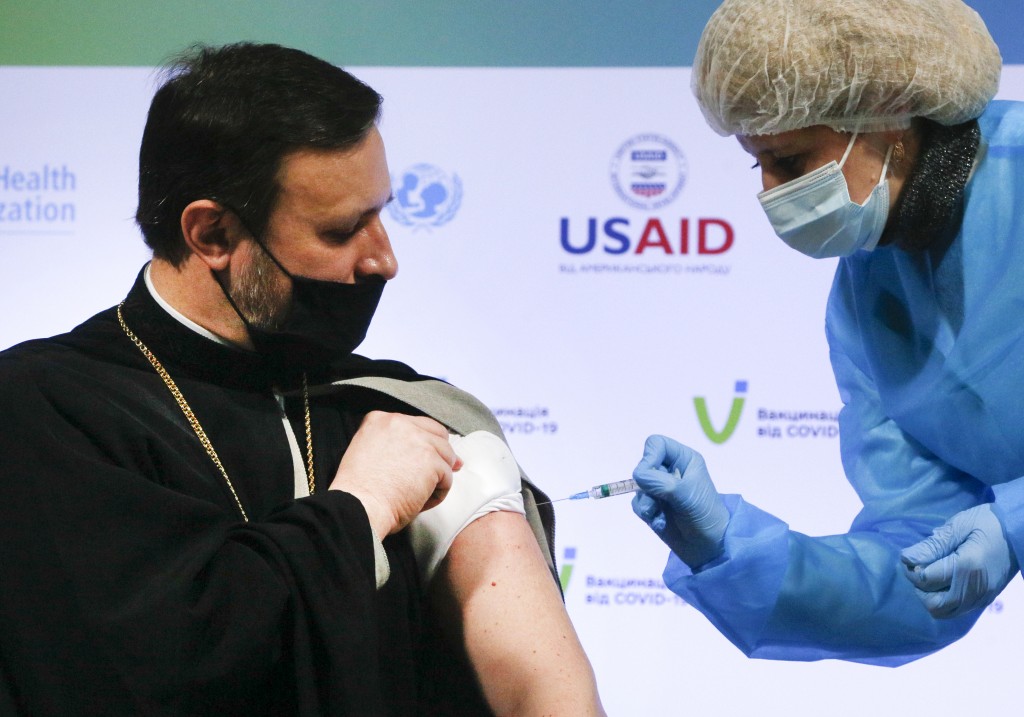 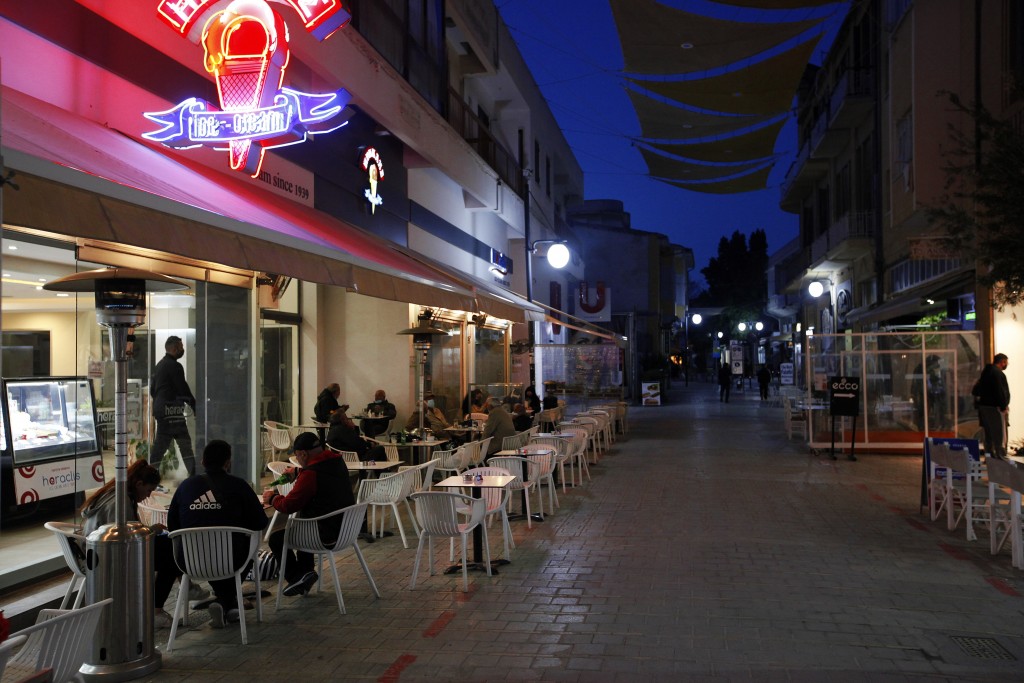 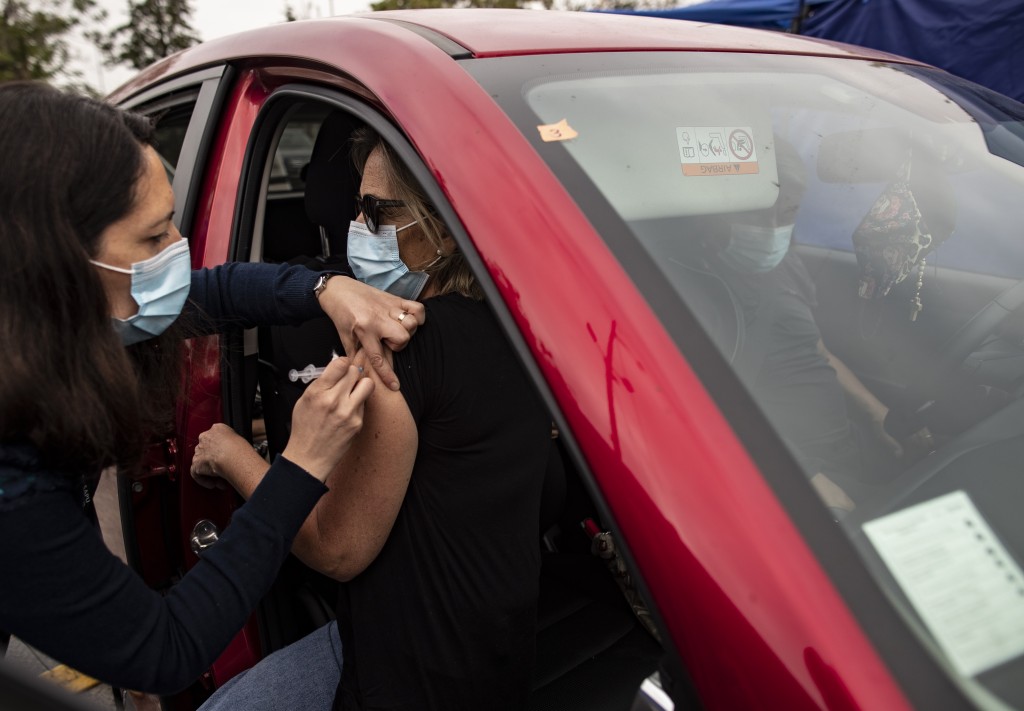 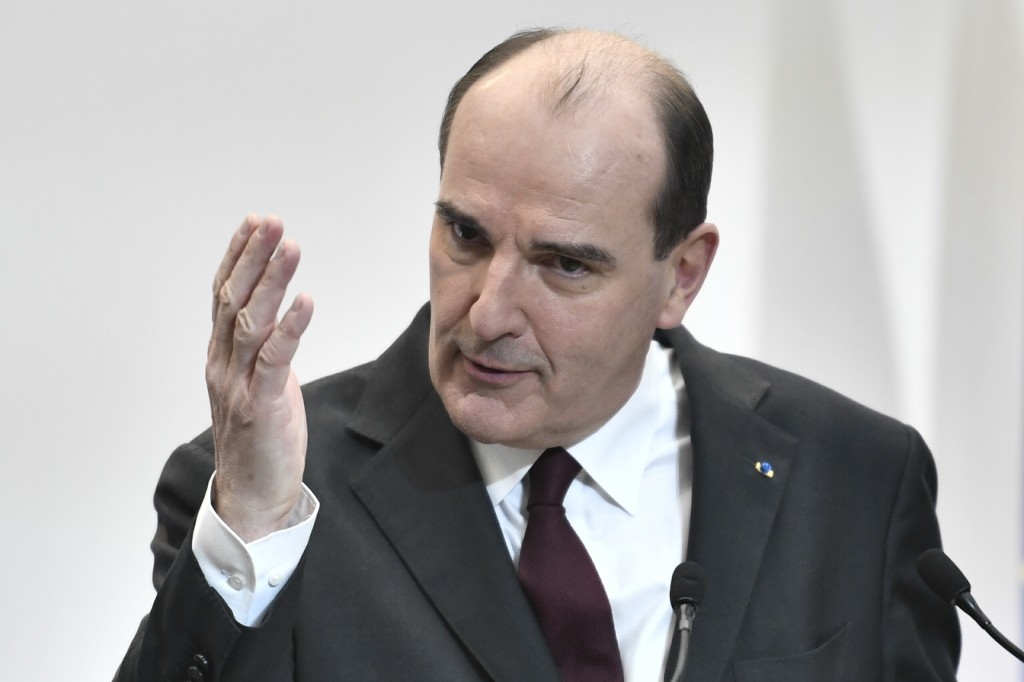 SEOUL, South Korea -- South Korea’s capital has ordered coronavirus tests for all foreign workers as the country expands mass testing targeting expatriates in a campaign that has triggered complaints of discrimination.

Seoul officials said Wednesday the testing requirement covers all foreign nationals employed in the city, regardless of their visa status, as well as their employers. They could face fines of up to 2 million won ($1,768) if they fail to get tested until the end of March.

Seoul had around 240,000 registered foreigners at the end of 2020, but city officials didn’t have an immediate estimate on how many of them would be covered by tests.

The decision comes after similar measures in nearby Gyeonggi province, which is also forcing employers to require tests for new foreign jobseekers and hire only those who test negative.

Critics have questioned why South Korean authorities are mandating broad tests based on nationality instead of specifically targeting people with vulnerable working conditions.

The testing campaign targeting foreigners came in response to outbreaks among low-skilled foreign workers employed at Gyeonggi factories, who often face hash working and living conditions that expose them to higher infection risks.

Thousands of foreigners waited in hours-long lines at designated testing stations in Gyeonggi over the weekend.

The province said it has found 149 positive cases among some 160,000 foreigners tested during the week through Monday.

— More than two dozen faith leaders in the U.S. capital region have gotten vaccinated against the coronavirus in an event aimed at encouraging others to get the shot.

MANILA, Philippines — The Philippine government has decided to temporarily ban the entry of foreigners and limit the entry of returning Filipinos at Manila’s international airport to 1,500 daily as it struggles to contain an alarming surge in coronavirus infections.

A government body dealing with the pandemic said the monthlong travel restrictions would start Saturday and aim to prevent the spread into the country of coronavirus strains from other countries which are believed to be more contagious. Among those to be allowed limited entry are homebound Filipino workers.

Philippine Airlines said it would announce some flight cancellations to comply with the temporary restriction.

Manila and other cities in the capital region reimposed 7-hour night curfews for two weeks starting Monday and locked down dozens of villages amid the surge in infections which some officials attributed to public complacency and critics blamed on the failure of the government’s response to the pandemic.

The Philippines has reported more than 631,300 confirmed COVID-19 cases, with 12,848 deaths, the second-highest totals in Southeast Asia after Indonesia.

CANBERRA, Australia — The Australian government is ramping up its COVID-19 vaccination support for Papua New Guinea in a bid to contain a concerning wave of infections in a near-neighbor.

Prime Minister Scott Morrison said on Wednesday that 8,000 doses of Australia’s vaccine would be sent to Papua New Guinea next week for use by front-in health workers. Morrison and his Papua New Guinea counterpart James Marape would ask AstraZentica to send Australia’s nearest neighbor another 1 million doses as soon as possible.

The European Union this month blocked a shipment destined for Australia of more than 250,000 AstraZenica doses from leaving Italy because the Australian need was not considered great enough.

PARIS — France’s prime minister says he wants to boost confidence in the AstraZeneca vaccine by getting an injection as soon as his government authorizes its use again.

France suspended AstraZeneca jabs on Monday while it waits for the European regulator to clear up any doubts about possible side effects.

At age 55 and with no known underlying health problems, French Prime Minister Jean Castex isn’t, strictly speaking, among the groups yet eligible for vaccination in France, which has prioritized injections for the most vulnerable.

But speaking to broadcaster BFM-TV, Castex said Tuesday that he wants to get an AstraZeneca injection to set an example.

“Given what is happening, what has just happened, with AstraZeneca, I told myself, in effect, that it would be wise that I get vaccinated very quickly, as soon as the suspension is, I hope, lifted,” he said.

Castex added that he wants to demonstrate to his fellow citizens “that vaccination is the exit door from this crisis.”

That represents nearly 14% of the state’s estimated population of nearly 7.3 million or about one of every seven residents.

“Every dose of the COVID-19 vaccine administered to an Arizona resident represents an essential step forward in our fight against COVID-19,” Gov. Doug Ducey said in a statement.

The Department of Health Services said nearly 2.6 million doses had been administered as of Tuesday morning to over 1.6 million people. The doses included the two-shot Pfizer and Moderna vaccines and the one-dose Johnson & Johnson vaccine.

The state’s vaccination program began in December and now includes four large outdoor state-run sites, including three in metro Phoenix and one in Tucson. Vaccines also are being administered across the state at county sites, pharmacies, congregate care facilities and other locations.

The health services department said it is preparing to allow vaccinations for all people 16 or older by May 1 and also preparing to move some outdoor vaccination operations to indoor locations or to nighttime hours as summer approaches to protect staff, volunteers and vaccine patients from extreme heat.

HELENA, Mont. — Montana’s governor says all state residents will be eligible for the COVID-19 vaccine beginning on April 1.

Gov. Greg Gianforte’s announcement on Tuesday comes after President Joe Biden said last week the vaccine would be available to all adults in the country by May 1.

Vaccines are currently available to Montana front line health care workers, residents 60 or older and those with certain medical conditions.

Educators are eligible through a federal partnership with several pharmacies in the state.

Over 142,000 Montana residents, accounting for 13% of the state’s population, have received the vaccine doses necessary to become fully immunized to the virus.

HONOLULU — More tourists traveled to Hawaii on Saturday than the state has seen in a single day since the start of the pandemic.

About 26,400 trans-Pacific and interisland travelers were screened by the state’s Safe Travels program on Saturday, the Honolulu Star-Advertiser reported Tuesday.

Data compiled by the Hawaii Tourism Authority showed that about 18,700 travelers were flying on Saturday for vacation or pleasure.

The Transportation Security Administration said Friday was its busiest screening day since March 15, 2020, with nearly 1.36 million people going through checkpoints in the United States.

A state statistics official said Tuesday that as eligibility broadened this week in the statewide coronavirus inoculation process, deaths from COVID-19 have fallen to an average of about four per day. That number peaked at 40 per day in mid-January.

Officials widened efforts to vaccinate to people with underlying conditions, disabilities and the homeless at retail pharmacies, including at supermarkets. It’s being called a step toward getting more shots in more arms statewide.

JACKSON, Miss. — Appointments to get the coronavirus vaccine in Mississippi opened up for everyone over the age of 16 on Tuesday, and thousands of residents rushed to book their shots.

Robin McCall made appointments for her 17-year-old twin daughters. She has a 15-year-old son who has been treated for leukemia.

“He has a compromised immune system so these vaccines for our family are very important for him,” McCall said. McCall was already able to get vaccinated weeks ago because he has a qualifying health condition.

As of Tuesday, 592,500 people in Mississippi had received one dose of the vaccine, according to the state Department of Health. Around 330,000 residents were fully vaccinated. The entire state has a population of around 3 million.

People can get vaccinated at state-run drive-thru sites in counties across the state, at private clinics and community health centers and some pharmacies, like Walmart and Walgreens.

People eligible to receive the coronavirus vaccine can make an appointment at COVIDvaccine.umc.edu or by calling the COVID-19 call center at 1-877-978-6453.

Before Tuesday, vaccinations in Mississippi were available for anyone ages 50 and older, staff at K-12 schools, first responders, health care workers and those who are at least 16 and have health conditions that might make them more vulnerable to the virus.