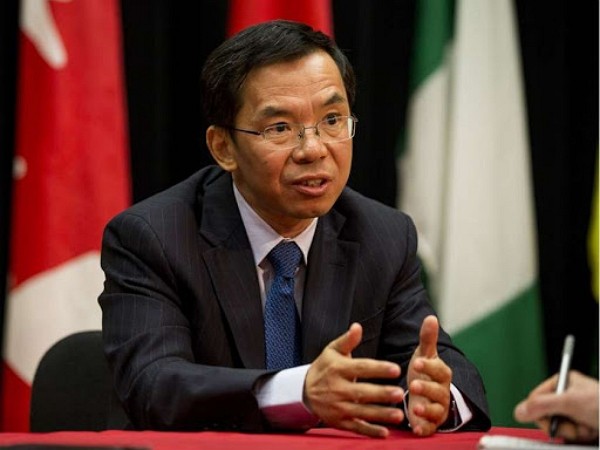 TAIPEI (Taiwan News) — Chinese Ambassador to France Lu Shaye (盧沙野) on Tuesday (March 16) addressed reports that he had sent a "harshly worded letter" to pressure members of the French Senate to cancel their upcoming trip to Taiwan, arguing that he was merely protecting China's territorial integrity.

On Monday, La Lettre A reported that Lu had written a letter to French Senator Alain Richard, who chairs the Senate's France-Taiwan Friendship Group, asking the organization to cancel its planned trip to Taiwan this summer. The letter asked Richard to avoid any form of official contact with the Taiwanese authorities, as this could "threaten the status quo between Beijing and Taipei."

Richard was reportedly "very displeased" about the tone of the letter and is planning to reply to the embassy. Meanwhile, Taiwan's envoy to France Wu Chi-chung (吳志中) said Taiwan is a "sovereign state" and that Lu has no place telling it how to approach its diplomatic affairs.

In response, Lu presented the controversial letter on Tuesday and criticized the Taiwanese government and "certain French media" for lacking knowledge about international relations. However, the contents of the letter appear to confirm the report, as Lu indeed asked Richard to avoid formally engaging with Taiwan and those supporting "Taiwan independence."

Lu denounced the Taiwanese government for "showing off" its relations with the French Senate and calling itself a "sovereign state." He said its "so-called diplomatic breakthroughs" are nothing more than attempts to push for "gradual Taiwan independence."

Describing the letter as a "righteous act," Lu accused the Taiwanese authorities of trying to sabotage Beijing's relationship with France. He added that the French government must respect Beijing by adhering to the "one-China policy."

Also on Tuesday, the Chinese embassy replied to a tweet by Antoine Bondaz, a fellow at the Foundation for Strategic Research, that had called on Beijing to stop intervening in France's democratic system. The embassy claimed Lu was not interfering with another country's internal affairs but rather preventing it from interfering with China's. 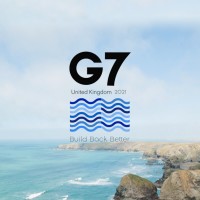 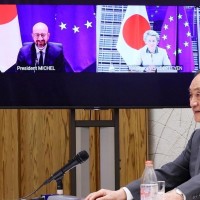