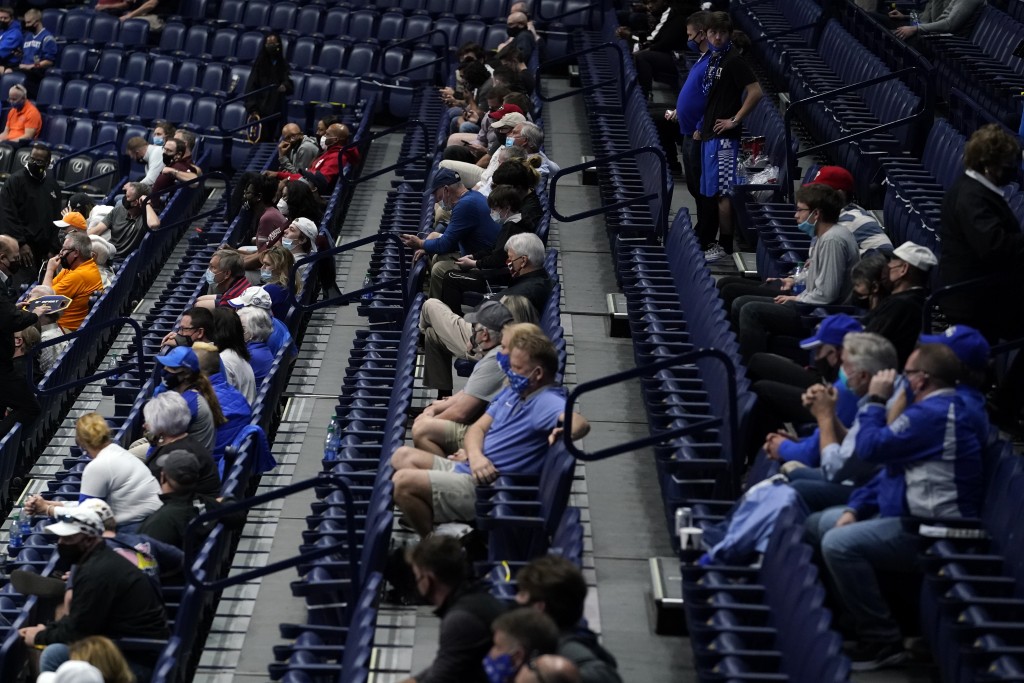 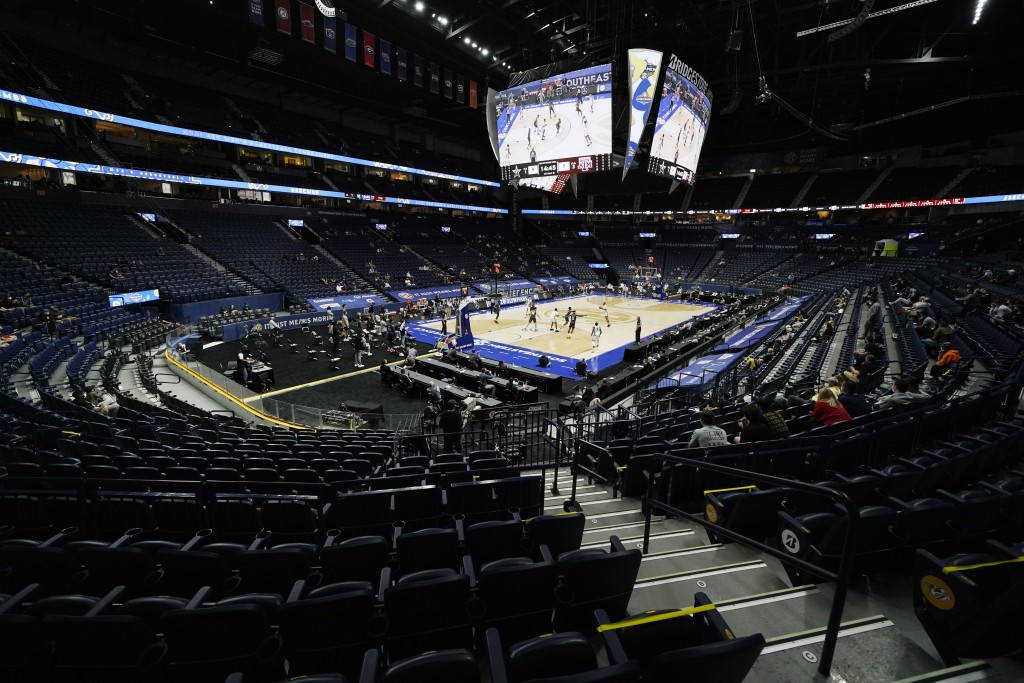 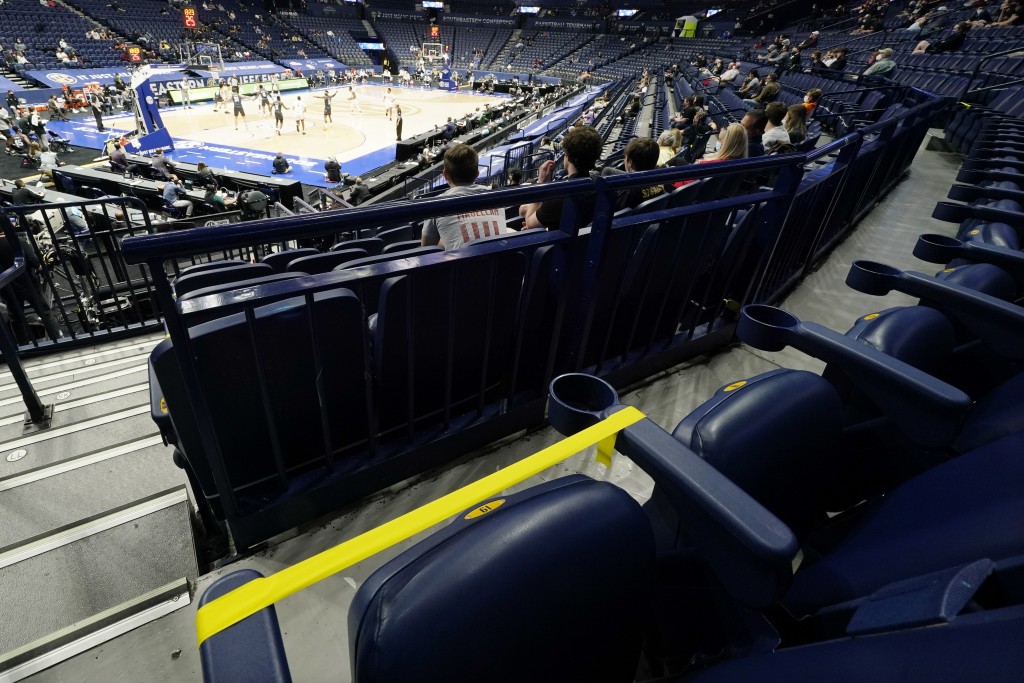 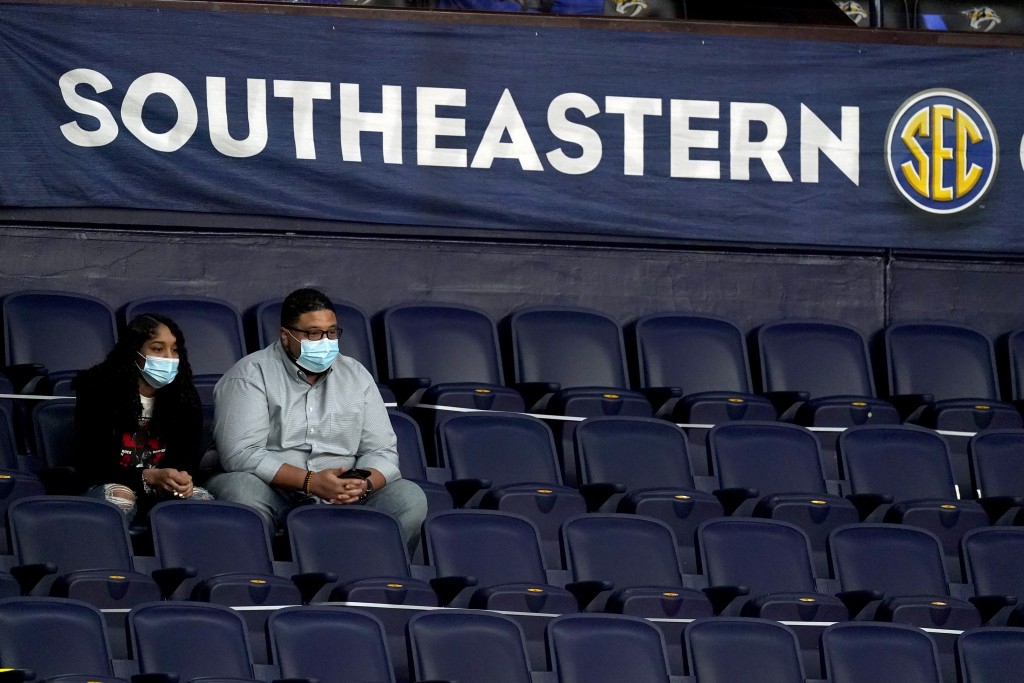 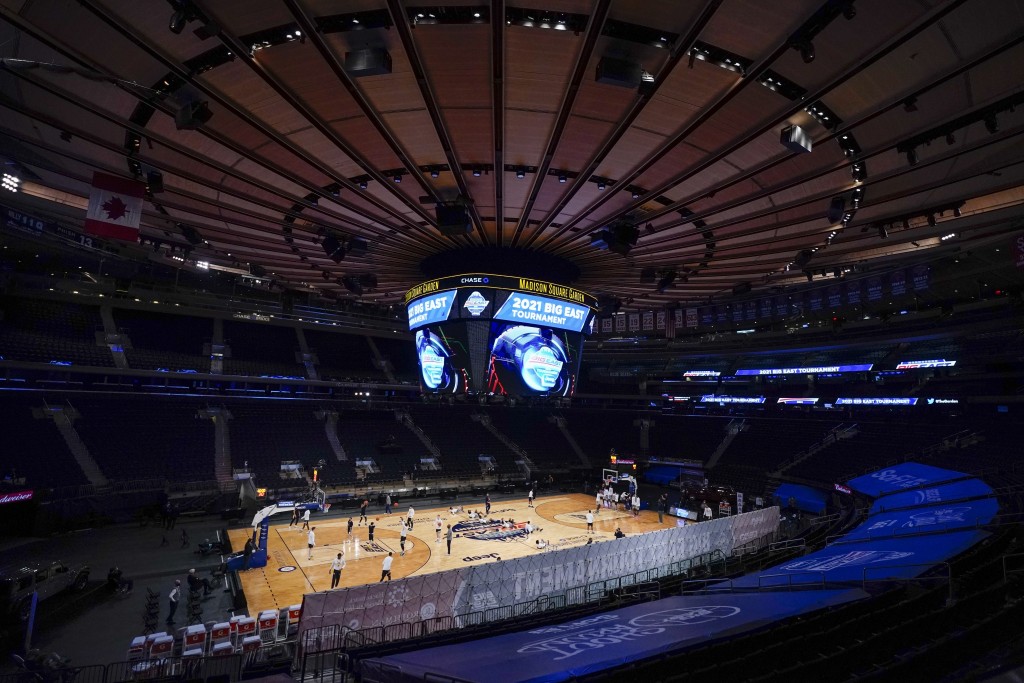 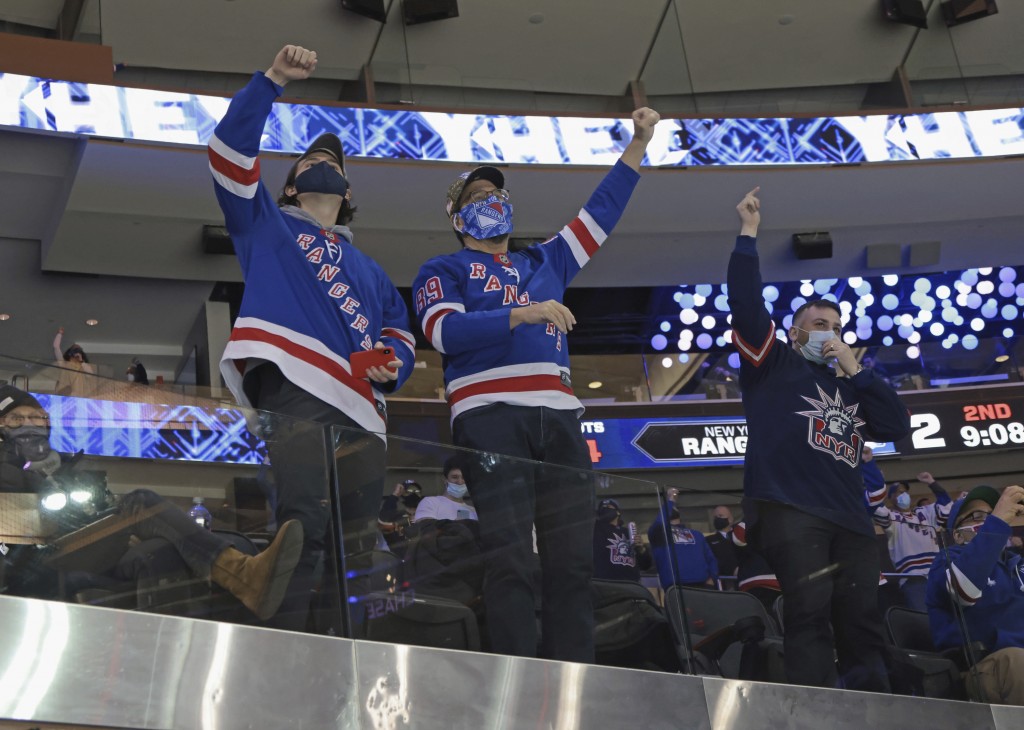 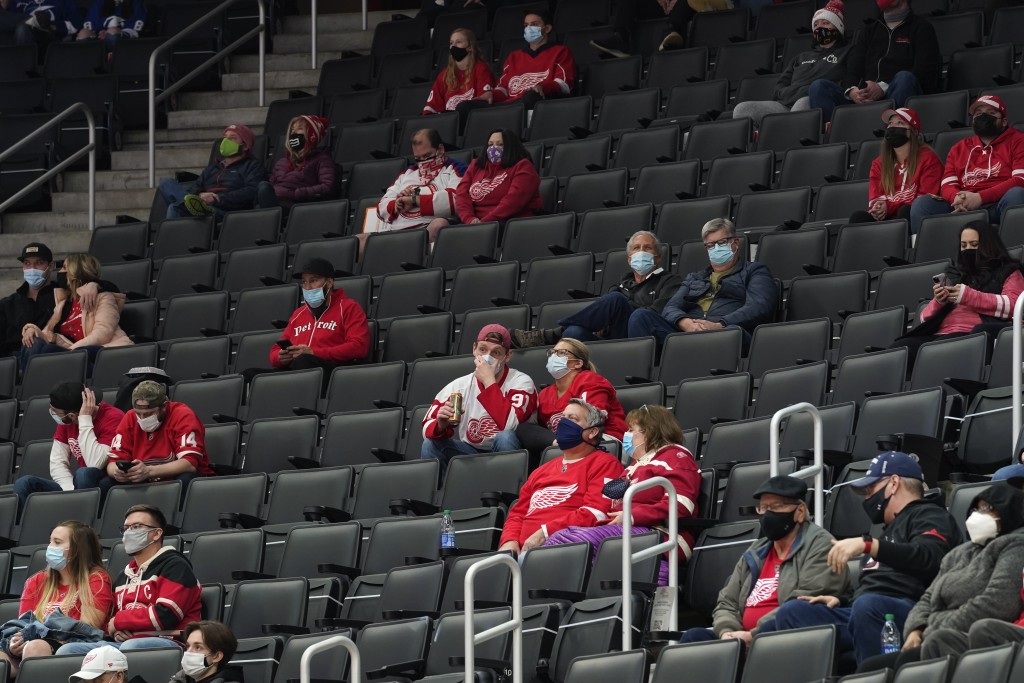 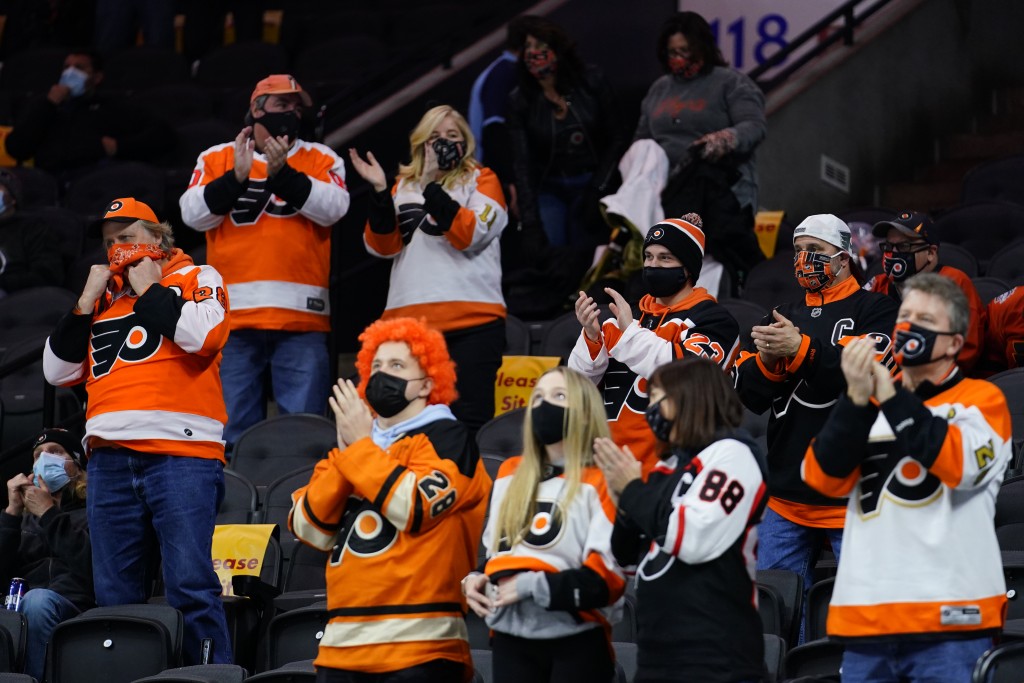 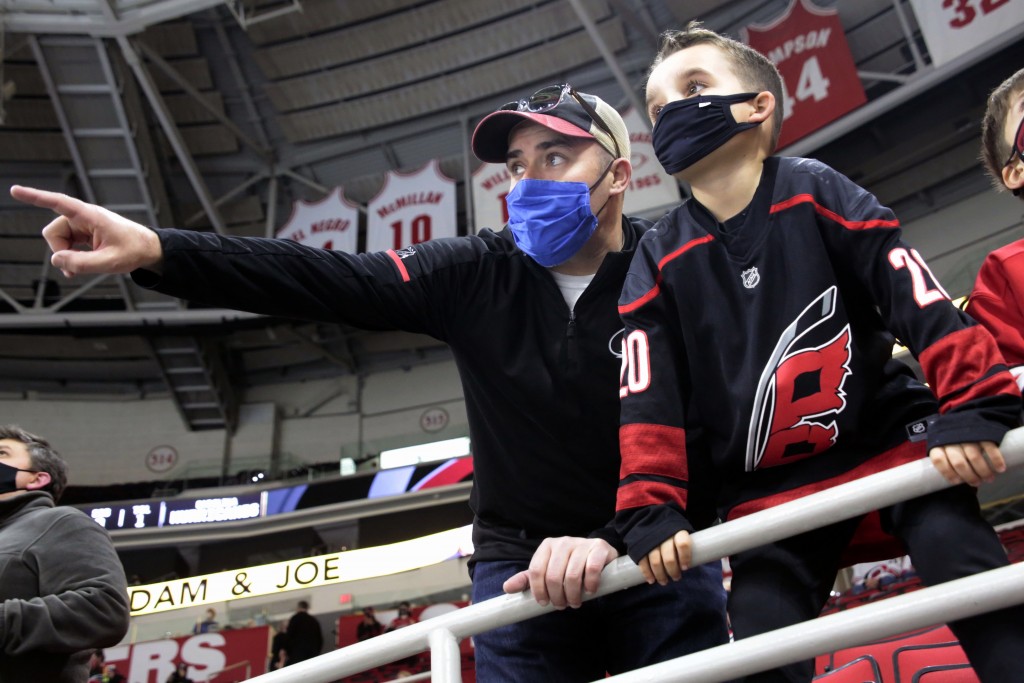 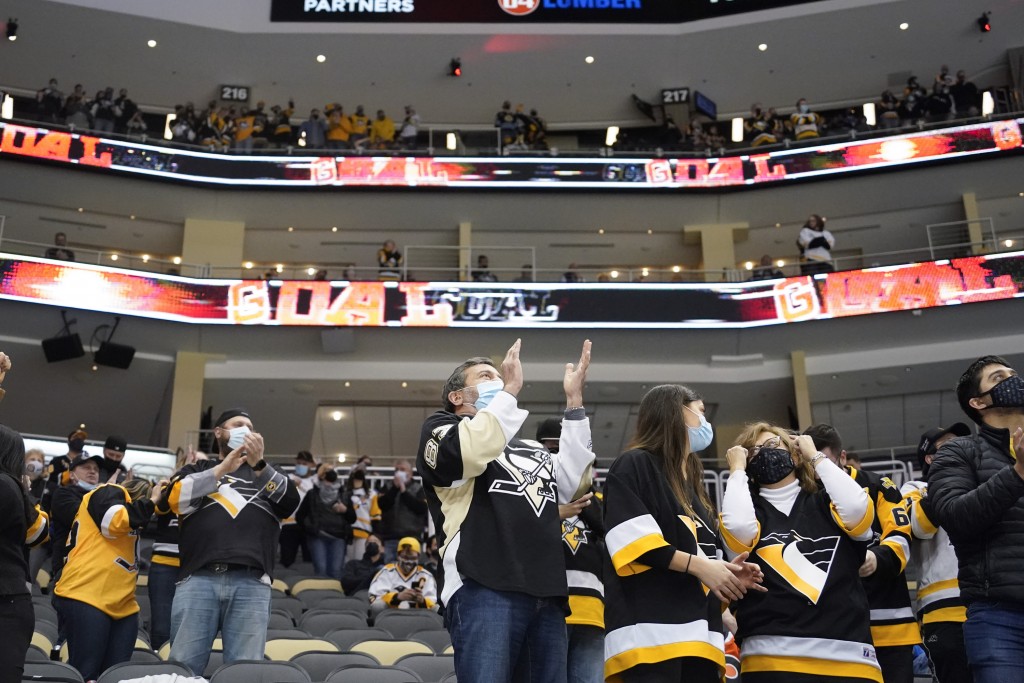 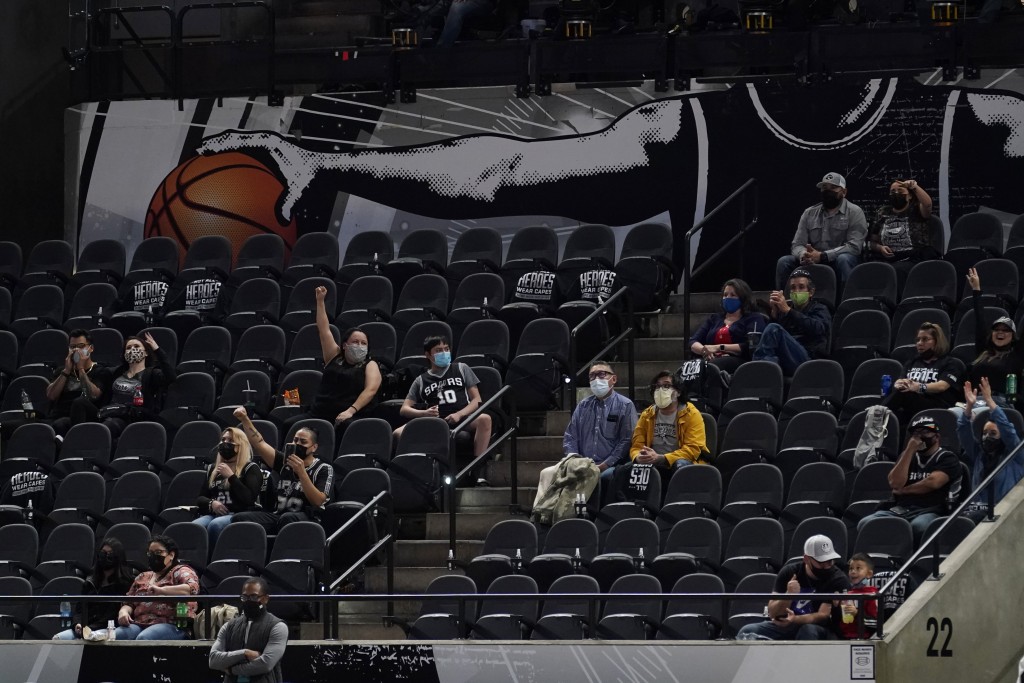 Allen Hershkowitz won't use the word “safe” because there is no certainty in life sciences. But the 65-year-old Ph.D with decades of environmental science experience says he would feel comfortable going to an socially distanced indoor sporting event with one of his children.

“Given the protocols, I would feel OK about it,” he said.

Arena by arena, venue by venue, fans are returning to watch live sports indoors amid encouraging signs in the pandemic. Plenty of safety rules are in place for the NCAA Tournament that opens in Indiana this week with limited attendance in the stands, just like the NBA and NHL. Experts say attending is relatively safe because of how big arenas with high ceilings work to move and mix air — as long as capacity limits allow for physical distancing and masks are still worn properly.

“If we’re talking about reduced capacity, people wearing masks most of the time and making use of that large volume, I think the risks are probably very low,” said Dr. Richard Corsi, dean of Portland State's college of engineering and computer science. “If you’re sitting with your family and you’re distanced from others and people are wearing masks except for when they’re eating a hot dog or whatever and you’ve got this large volume and you make use of the volume, my guess is that the risk is pretty low. Doesn’t mean it’s zero.”

The reduced risk of contracting the virus has to do with how much space surrounds each person when venue attendance is capped at 25%, as it is for the tournament, and how often fresh air from outside is refreshed into a venue.

The American Society of Heating, Refrigerating and Air-Conditioning Engineers (ASHRAE) sets standards for everything from homes to restaurants to office buildings of how many cubic feet per meter of air space is required. Limiting capacity gives everyone more air.

Then there's how often that air is changed out. While an airplane does over 20 air changes per hour because of its confined space and predictable ventilation patterns, a sports arena can do between five and seven air changes per hour. Harvard's John Spengler has recommended to school districts four to five per hour for the return of students.

“To have a venue the size of Staples Center or (Madison Square) Garden or Barclays doing five full air exchanges per hour, that’s quite extraordinary," said Hershkowitz, co-chair of the International WELL Building Institute Advisory for Sports and Entertainment Venues, who also is an adviser for the NBA and Major League Baseball's New York Yankees.

Some older buildings have had their systems retrofitted or fixed to ensure maximum air changes and good “mixing” of that air into the rafters away from people, though most constructed in the past 20-plus years were already capable of high-quality ventilation.

“At the time, those things weren’t done, per se, for pandemic-based scenarios," said Ryan Sickman, global director of sports at the Gensler architecture firm. "But they were done for very similar things. It was cleaner, it was removing bacteria from the air, it was removing particulates from the air. It was providing for a vast number of people clean air, and that’s an important part of the experience.”

Of course, it takes more energy to run those systems, but it's considered worth it to bring fans and their dollars back. The NHL has 12 pages of arena protocols outlining air change and other requirements; 18 of its 31 teams allow fans or plan to soon.In the NBA, it's 17 of 30, though that number could quickly increase to 20.

“Subject to our protocols and what local government is mandating, we think we can be safe and protective,” NHL Commissioner Gary Bettman said.

Virus cases being down and vaccination rates up have made the conditions right for easing fans back in, said Shandy Dearth, director of undergraduate epidemiology education at IUPUI's school of public health in Indianapolis. She said if the U.S. were in a surge right now, it would be hard to mitigate risk of infection.

And while there has been no evidence thus far of community spread from fans attending sporting events, which NCAA chief medical officer Dr. Brian Hainline pointed out last week, experts naturally harbor concerns about bringing thousands of people together inside during a pandemic over three weeks in Indiana and Texas, the site of the NCAA women's tournament.

“I worry probably in arenas or would worry more about the areas in arenas where people are congregating, so concourses and entrances and exits more than the seating area if people are well-spaced out and it’s well-ventilated," said William Bahnfleth, chair of the ASHRAE Epidemic Task Force and professor of architectural engineering at Penn State.

Lucas Oil Stadium, which will host the Final Four, is a vast building with a 70,000-person capacity that will have at most 17,500, and the NFL's Indianapolis Colts say it has hospital-grade air filters.

“There’s a lot of air in the area,” said Ana Rule, PhD, assistant professor and director of exposure assessment laboratories at Johns Hopkins. “Because it’s a high volume, you have a larger volume of air in which the potential aerosols that are emitted by people are diluted into, so that helps."

Even 20,000-seat arenas have that volume, and other efforts can mitigate risk further. Ultraviolet technologies touted as a way to keep the coronavirus from replicating could soon become mainstream.

Experts insist mask-wearing is still essential at indoor sporting events. Corsi said masks are one layer of safety along with distancing and ventilation to keeping fans safe, which will be a constant reminder at the NCAA Tournament.

“We know the mask use is a critical step to making this a successful event,” Dearth said. “We’ve got a lot of lessons learned from the last year, so it’s not an experiment. I think we know enough now to know what we need to do."