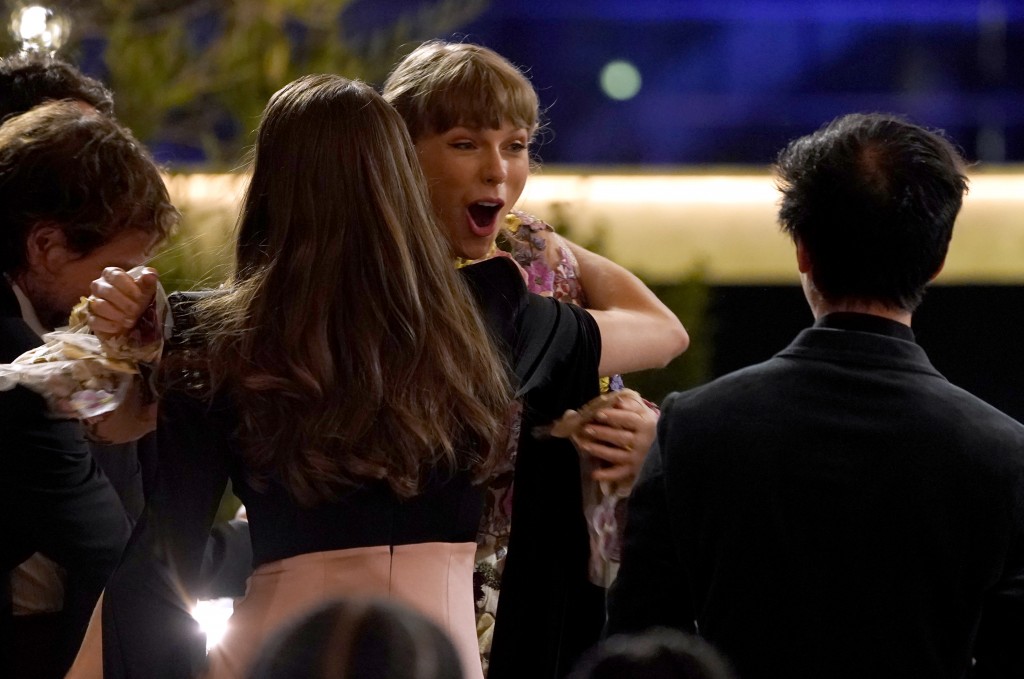 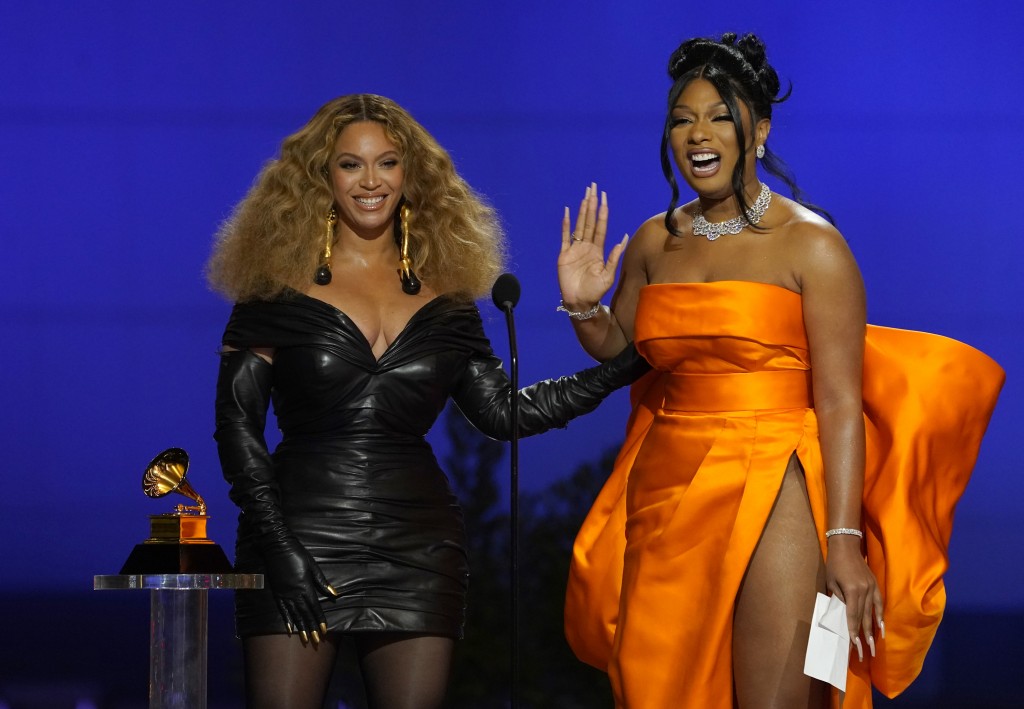 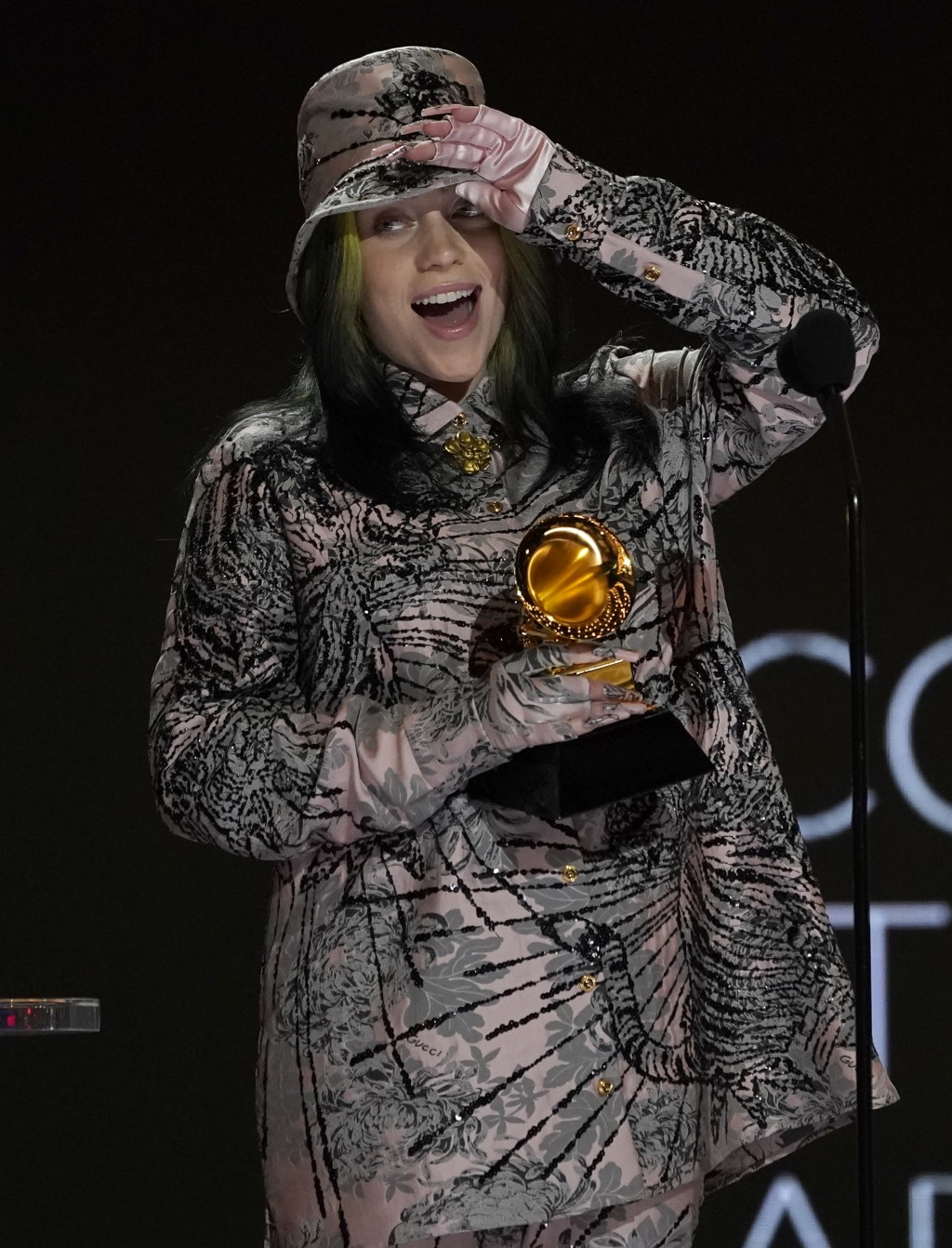 Beyoncé, Taylor Swift and Billie Eilish made history at the Grammy Awards. Just as joyously, dozens of creators largely sidelined for a year due to the pandemic got to make music again.

The Grammys on Sunday broke through the Zoom trap that has bedeviled other awards shows with a surprisingly intimate evening that, at its best, felt like viewers were invited into a private club with their favorite musicians.

Four different women won the four most prestigious Grammys. Swift's quiet surprise, “folklore,” was album of the year; Eilish's “Everything I Wanted” was her second consecutive record of the year winner; H.E.R.'s topical “I Can't Breathe” won song of the year and Megan Thee Stallion was named best new artist.

Beyoncé's four awards Sunday brought her up to 28 Grammys in her career, more than any other female artist. Her celebration of Black history, “Black Parade,” released last Juneteenth, won best R&B performance and she shared two awards for collaborating with Megan Thee Stallion on “Savage.”

She ties Quincy Jones for second most Grammys ever and has the leader — the late conductor George Solti, who won 31 — in her sights.

Further crowding the family trophy case is husband Jay-Z, whose songwriting on “Savage” earned him his 23rd Grammy on Sunday, and even their 9-year-old daughter, Blue Ivy Carter, who won best music video together with mom.

“This is such a magical night,” Beyoncé said.

Swift, who also found time during the pandemic to make another album and re-record one of her old ones, became the first woman to win the album of the year Grammy for the third time. Stevie Wonder, Paul Simon and Frank Sinatra have also done it. She won in 2009 for “Fearless” and 2015 for “1989.”

She sang a medley of three songs on the Grammys, “cardigan” and “august” from “folklore” and “willow” from its follow-up disc, “evermore,” with collaborators Jack Antonoff and Aaron Dessner.

“I want to thank the fans,” she said. “You guys met us in this magical world that we created.”

After her sweep last year, Eilish became only the third artist to win back-to-back record of the year Grammys. Roberta Flack won in 1973 for “The First Time Ever I Saw Your Face” and in 1974 for “Killing Me Softly With His Song,” while U2 won in 2001 and 2002 for “Beautiful Day” and “Walk On.”

Then, when Eilish and her collaborator-brother Finneas accepted the award, she almost gave it away. She brought Megan Thee Stallion to tears by saying the rapper deserved the Grammy for “Savage.”

Because of the pandemic, CBS host Trevor Noah handed out the Grammys at an outdoor stage set up across from Los Angeles' Staples Center, with a relatively few nominees and guests in the audience.

Performances were held in the Staples Center but multiple artists were often on the cavernous stage at the same time, like when Harry Styles, HAIM and Eilish opened the show. Cameras caught artists enjoying their fellow nominees, like when country singer Mickey Guyton sang along quietly to Miranda Lambert, and Post Malone held up a red cup in glee at Cardi B and Stallion's performance of “WAP.”

It made for an atmosphere unlike any other Grammy show, British singer Jacob Collier told reporters.

“There was something very special about how intimate it was and to have everything stripped back and just to be hanging out with those fellow nominees was just fantastic,” said Collier, who won his fifth Grammy. “To me, there's something so special about communal celebration, especially after all this time of silence and being on our own.”

Lambert said that “I can't wait to get out as a band.” Lizzo, even though she was giving out an award and not performing, couldn't hold back: “I'm presenting because I L-O-O-O-V-E you,” she belted.

Some of the performances, like Bruno Mars and Anderson .Paak's Silk Sonic and Dua Lipa, felt like they were on the soundstage of “Soul Train” — ask your parents, kids.

Even with the stripped-down setting, there was still room for spectacle: the giant bed for “WAP” belongs in the Grammy hall of fame. Lil Baby's “The Bigger Picture” had an elaborately choreographed scene recreating the police shooting of Rayshard Brooks and subsequent unrest.

The latter joined with “Black Parade,” which Beyoncé said was created to honor the world's “beautiful Black kings and queens,” and H.E.R's “I Can't Breathe,” a reference to Black people like George Floyd and Breonna Taylor who died at the hands of police, as songs and performances that recalled last summer's social unrest.