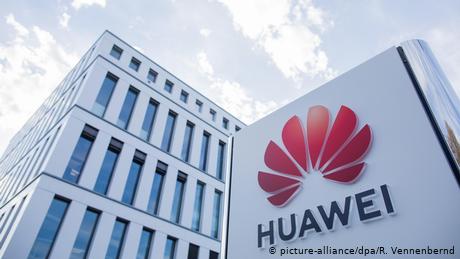 "This list is a big step toward renewing trust in our communications networks," FCC Acting Chairwoman Jessica Rosenworcel said in a statement.

"This list provides meaningful guidance that will ensure that as next-generation networks are built across the country, they do not repeat the mistakes of the past or use equipment or services that will pose a threat to US national security or the security and safety of Americans," she added.

The move by the FCC comes one day after the Biden administration imposed new 5G license restrictions on some suppliers to Huawei. The US government believes Huawei 5G equipment could be used by Beijing to spy on US residents, with former-President Donald Trump's administration implementing a blacklist on Huawei doing business with US firms in May 2019.

Huawei founder and CEO Ren Zhengfei called for a reset with the US under the Biden administration, but it seems the new president wants to continue the Trump-era hard line against the firm. China criticized Biden's new restrictions on Huawei on Friday, with Foreign Ministry spokesman Zhao Lijian saying it "will severely disrupt the technological exchanges and trade exchanges of the two countries and the world at large."

The Trump administration had previously cracked down on other Chinese tech companies, attempting to ban both Chinese video app TikTok in the United States along with messaging service WeChat over national security concerns. The Biden administration has paused the Trump-era bans, which had been tied up in court.

Biden may work closer with allies in fight against Huawei

Biden may do more than Trump in working with allies against Huawei's ambitious 5G expansion, taking a friendlier approach towards international partners in Europe and elsewhere. Although his predecessor managed to get some support from countries such as Poland in the fight against Huawei, Trump had reportedly blown up in a phone call last year with British Prime Minister Boris Johnson, after the UK said it would use some Huawei equipment in its 5G networks.

In an essay for Foreign Affairs magazine in March 2019, Biden said the "United States must sharpen its innovative edge and unite the economic might of democracies around the world" to counter China's growing influence in global affairs. The US may work with international partners to deal with not only Chinese tech, but also other issues such as Beijing's human rights abuses against the Uighur minority and it aggressive stance toward territorial waters in the South China Sea.