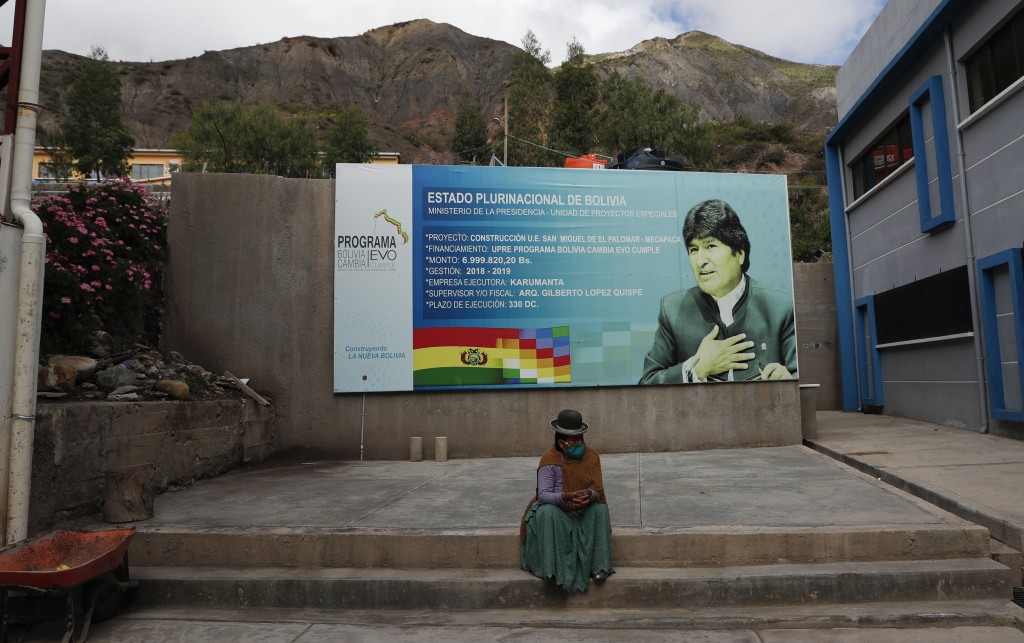 LA PAZ, Bolivia (AP) — Bolivia's chief prosecutor has ordered the arrest of the former Armed Forces and police commanders for their role in suggesting the resignation of former President Evo Morales, which backers of his party — now back in power — consider a coup.

The arrest orders for sedition and conspiracy were issued Thursday for Gen. William Kaliman and former police commander Yuri Calderón, who had urged Morales to resign in November 2019 at a moment when the nation was convulsed with protests against his reelection, which opponents considered fraudulent.

Having lost the backing of the security forces, Morales flew into exile and a conservative interim government took power under former legislator Jeanine Áñez, who is also now under investigation.

The interim authorities, who themselves had tried to prosecute supporters of Morales, lost last year's elections and Morales Movement Toward Socialism Party won power again under his chosen successor, Luis Arce.

The decision to arrest Kaliman and Calderón was denounced by the independent Permanent Assembly of Human Rights of Bolivia, a group that originally emerged to confront military dictatorships in the 1970s and 1980s.

Both allies and foes of Morales allege they were victim of deadly persecution either before or after his ouster.

Kaliman and Calderón had said that only Morales resignation could pacify the polarized nation. Kaliman, who had been appointed by Morales, was replaced shortly after the leftist departed.

Also under investigation is Luis Fernando Camacho, governor-elect of Santa Cruz province, who was a key backer of the effort to remove Morales. Neither he nor Áñez yet face arrest warrants. Official efforts to question Camacho on Thursday were suspended when a massive array of his followers appeared at the courthouse.