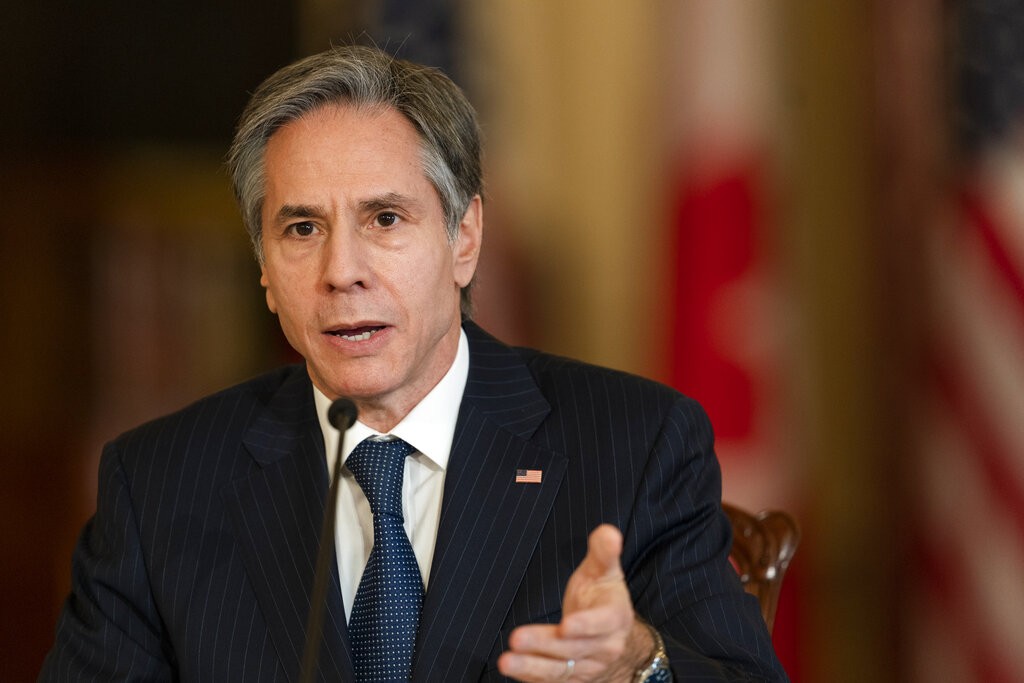 TAIPEI (Taiwan News) — U.S. Secretary of State Antony Blinken on Wednesday (March 10) referred to Taiwan as a country, a label usually avoided by his predecessors.

At the tail end of a House Foreign Affairs Committee hearing on the Biden administration's foreign policy agenda, Representative Young Kim (R-CA) noted that Taiwan has served for decades as an "invaluable security and global health partner to the United States." She pointed out that given Taiwan's contributions to the international community and its "strong democratic system," it has earned "a seat at the table like the WHO to share its expertise."

Kim then called on the Biden administration to include Taiwan in the upcoming Democracy Summit and to commence talks with it on a free trade agreement. Blinken responded that he is "absolutely committed" to her suggestions and that he shares her view that "Taiwan is a strong democracy" and "a very strong technological power."

He went on to say that Taiwan is "a country that can contribute to the world, not just its own people. COVID is a very good example of that." Young agreed with the diplomat's remarks.

Blinken's use of the term "country" could mark a new stage in Taiwan-US relations. Since the U.S. severed diplomatic relations with Taiwan under the Carter administration in 1979, the State Department self-imposed increasing layers of restrictions on official interactions with Taiwan for fear of agitating China.

However, toward the end of his term as secretary of state, Mike Pompeo reevaluated these restrictions, recalling to CNA in a March 9 interview that, "We started staring at them and realized it was just crazy. We had this completely separate set of rules that made no sense." He said that after a full review, "it made sense for us to have more conversations, not fewer. To have more open conversations, not more clandestine conversations."

On Jan. 10, the State Department officially lifted its restrictions on official contact with Taiwan. Among those were prohibitions on using the terms "country" or "government" when referring to Taiwan.

By using the word "country," Blinken appears to have acknowledged the lifting of restrictions. However, only time will tell whether this was a slip of the tongue or a nod to a long-term policy.