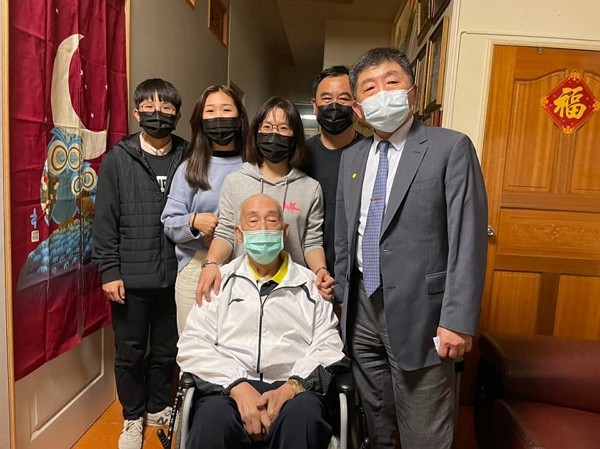 TAIPEI (Taiwan News) — A Taiwanese family infected with COVID-19 in a recent domestic cluster has seen six of its members recover and one succumb to the disease.

The cluster, which began at Taoyuan General Hospital in January and lasted over a month, resulted in 21 confirmed cases and one death. Of these patients, seven came from the same household as a nurse (case No. 863), including her mother-in-law, who died on Jan. 29.

After more than 40 days of treatment, the other six members of the family have all recovered. On Thursday (March 11), Health Minister and Central Epidemic Command Center (CECC) head Chen Shih-chung (陳時中) visited them to deliver money donated by charities and to offer encouragement.

CECC official Wang Pi-sheng (王必勝) pointed out later that day on Facebook that case No. 863 and her family had not been able to attend the funeral for the deceased since they had been isolated in intensive care units. He said the nurse had been under great pressure at the time and that she had taken care of her father-in-law at the hospital after she recovered.

Wang emphasized that the key to Taiwan's success containing the pandemic is the united effort of its people. He said that the country abides by the principle of "leaving no one behind."