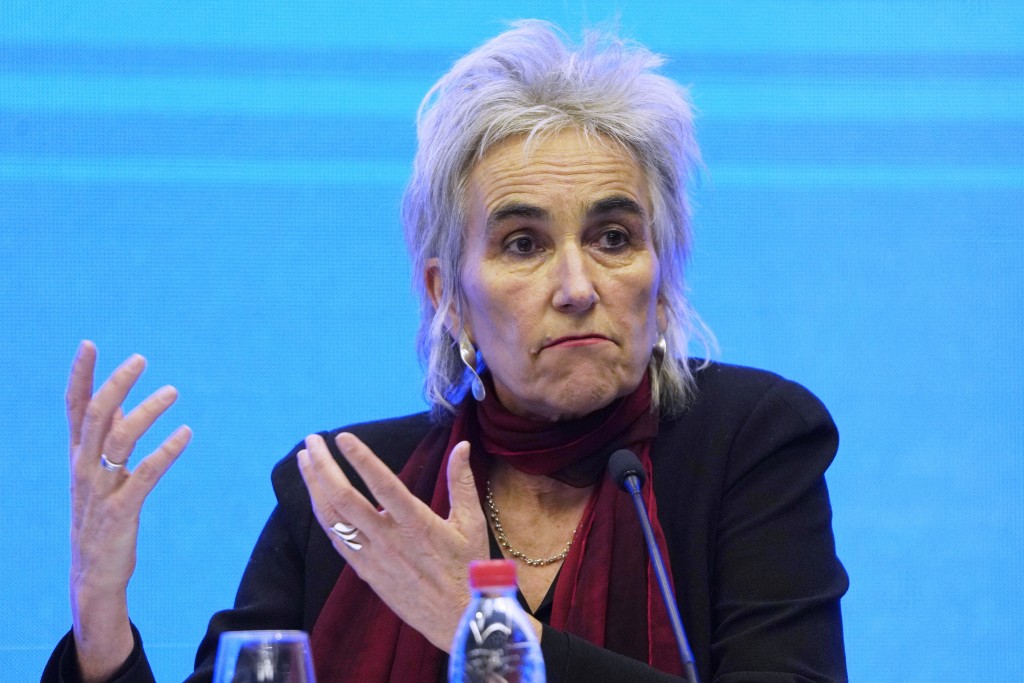 LONDON (AP) — The global community will find out “fairly soon, within the next few years” what started the coronavirus pandemic, a key member of a World Health Organization-led investigation into the pandemic's origins said on Wednesday.

In a press briefing organized by the think tank Chatham House in London, Peter Daszak estimated that collective scientific research might be able to pin down how animals carrying COVID-19 infected the first people in Wuhan identified last December.

“There was a conduit from Wuhan to the provinces in South China, where the closest relative viruses to (the coronavirus) are found in bats,” said Daszak, the president of the New York based group, EcoHealth Alliance. He said the wildlife trade was the most likely explanation of how COVID-19 arrived in Wuhan, where the first human cases were detected.

That hypothesis, Daszak said, is “the one that’s most strongly supported both on the WHO (and) the China side.” Daszak and his co-authors are set to release a report as early as next week, on the initial conclusions of their recent mission to Wuhan.

“I am convinced we’re going to find out fairly soon within the next few years," Daszak said regarding the outbreak's origins. "We can have real significant data on where this came from and how it emerged.”

It typically takes many years to pinpoint the animal reservoir of outbreaks. Although Ebola first sickened people in 1976 and the disease is thought to originate in bats, the live virus has never been identified in them.

Marion Koopmans, who was also on the WHO-led team, said they considered numerous hypotheses for how the pandemic might have started, including the possibility of a laboratory accident.

Koopmans said the team visited the three laboratories closest to the Huanan market in Wuhan where the first cluster of human cases was found, and scrutinized their protocols, testing programs and research, among other issues.

"We concluded that it’s extremely unlikely that there was a lab incident,” she said.

Koopmans also said she and colleagues had reviewed genetic sequencing from data on the possibility that the virus might have been spread by tainted packaging on frozen seafood, a theory dismissed by most scientists.

“We cannot completely rule it out,” she said, noting that on a global scale, it was very difficult to pin down whether COVID-19 cases might have been sparked by the very remote possibility of a still-infectious virus on packaging, or from epidemics happening in nearly every country in the world.

Daszak said the scientific mission was unfortunately clouded by politics. The WHO-led mission was delayed for months and the U.N. health agency was accused of helping China cover up the extent of the COVID-19 outbreak in its initial stages by former U.S. President Donald Trump and others. As with all WHO missions, the team members and itinerary of the trip had to be approved by China.