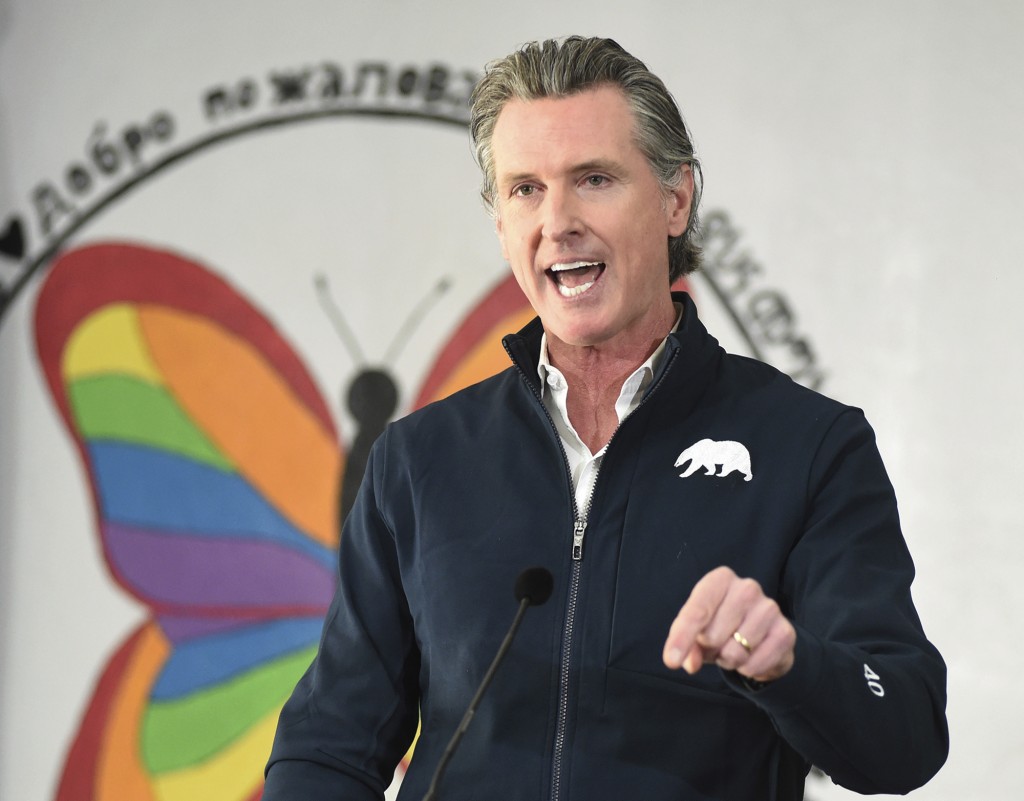 LOS ANGELES (AP) — California Gov. Gavin Newsom is facing the possibility that he could be removed by voters in a recall election in the middle of his four-year term. Organizers appear close to qualifying the election for the ballot, and the vote would likely take place later this year. Here's how it works:

WHAT IS A RECALL ELECTION?

California is one of 20 states that allow voters to initiate a recall election to remove a sitting governor. The state law establishing the rules goes back more than a century, to 1911, and was intended to place more power directly in the hands of voters by allowing them to recall elected officials and repeal or pass laws by placing them on the ballot. Recall attempts are not uncommon in the state, but they rarely get on the ballot and even fewer succeed. Unpopular Democratic Gov. Gray Davis was recalled in 2003, then replaced with Republican Arnold Schwarzenegger.

WHY IS THERE A RECALL DRIVE AGAINST DEMOCRATIC GOV. GAVIN NEWSOM?

Newsom was elected in a 2018 landslide in the heavily Democratic state, but his popularity tumbled as public unrest spread over long-running coronavirus rules that shuttered schools and businesses, then a string of confusing decisions on vaccinations and re-openings. Meanwhile, he’s been contending with fallout from a multibillion-dollar fraud scandal at the state unemployment agency while weathering a public shaming for dining out with friends and lobbyists at an exclusive San Francisco Bay Area restaurant last fall, while telling residents to stay home for safety.

WHERE DOES IT STAND?

Supporters of the recall were required to gather 1,495,709 petition signatures to authorize the election. They say they have collected over 1.9 million signatures, though many of those remain under review by election officials and some will be invalidated for technical reasons, such as a voter filling out more than one petition or a signature not matching official records. Recall organizers have until March 17 to submit signatures, then county election officials have until April 29 to verify them.

WHEN WOULD AN ELECTION BE HELD?

There is wiggle room in the law and numerous steps along the way, but if supporters collect sufficient signatures it’s likely to be in the fall, possibly in November.

HOW DOES THE ELECTION WORK?

Voters would be asked two questions: First, should Newsom be removed, yes or no? The second question would be a list of replacement candidates to choose from, if voters recall the governor.

HAVE ANY POTENTIAL REPLACEMENT CANDIDATES ENTERED THE RACE?

Yes – Kevin Faulconer, the former Republican mayor of San Diego, and Republican businessman John Cox, who was defeated by Newsom in 2018, have entered the race. Another name being discussed in GOP circles is former President Donald Trump’s then-acting director of national intelligence, Richard Grenell, who has not responded to requests for comment on a possible candidacy.

WHAT IS NEWSOM SAYING ABOUT THE RECALL?

In a word, nothing. The governor has waived off questions about a possible election that could remove him from office, saying he wants to focus on the coronavirus, vaccinations and reopening schools. However, he has acknowledged that people are anxious and weary after a difficult year dealing with the virus and restrictions that have upended daily life. “It’s absolutely understandable why people may feel that way,” he said in February.

HOW MUCH POLITICAL RISK IS NEWSOM FACING?

If petition numbers hold up, it appears the recall will qualify for the ballot. If that happens, Newsom would be forced to fend off rivals in the midst of a pandemic that has cost the state millions of jobs and altered life for nearly 40 million residents. But time could be on his side and the turbulent public mood could shift by fall, if schools and businesses continue to reopen. California also is one of the most heavily Democratic states in the country: Republicans haven’t won a statewide race in the state since 2006, and Democratic voters outnumber Republicans by nearly 2-to-1.