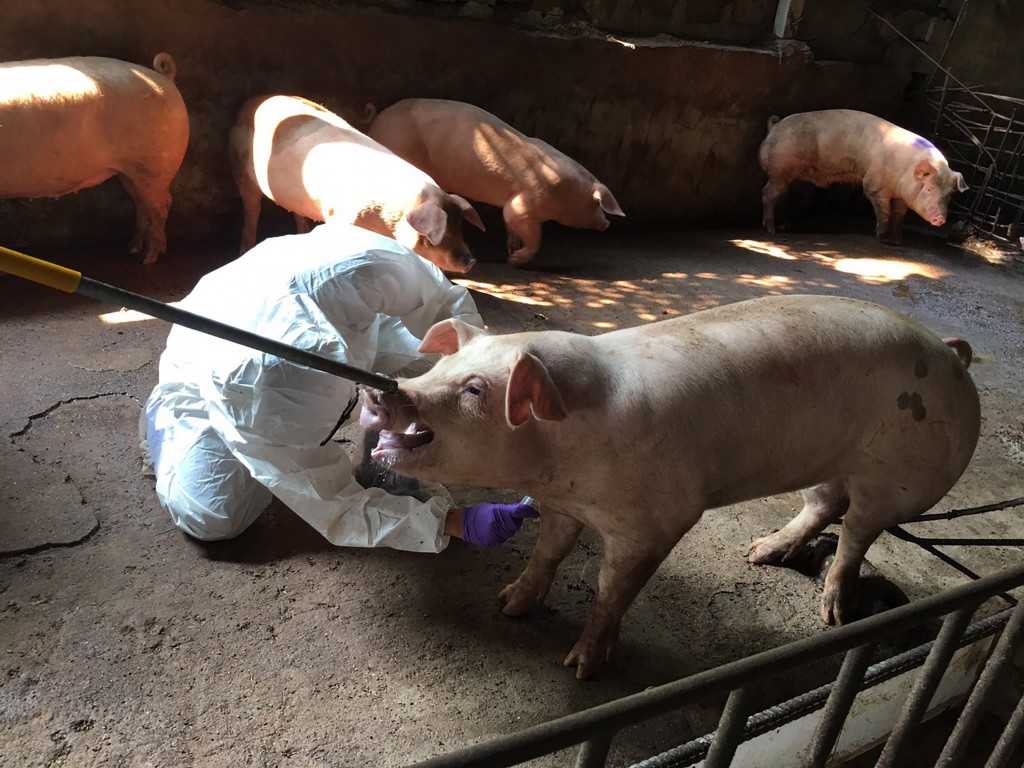 BEIJING (Reuters) - China’s Ministry of Agriculture and Rural Affairs said on Monday it will crack down further on illegal production and sales of African swine fever vaccines in a sign of the extent of a problem that is damaging the world’s largest pig industry.

The ministry, which has been warning against such behaviour since 2019, said tougher measures were needed to “prevent hidden risks caused by fake African swine fever vaccines” and to ensure the recovery of pig production and the stable development of the industry.

China’s hog herd is still recovering from a devastating outbreak of the disease, which in its original form was almost always deadly to pigs, and wiped out about half of the herd.

But industry insiders believe that the use of illicit vaccines has caused a new, chronic form of African swine fever, Reuters reported in January, which causes a debilitating condition that can lower output of hogs but is more difficult to detect.

The ministry said identification and testing must be strengthened, and urged local governments to identify any positive samples of the virus and report any strains with artificial gene deletions to provincial veterinary authorities as soon as possible.

All localities should increase the punishment of illegal activities related to fake vaccines, with any suspected criminal cases promptly referred to the judiciary, it said.

Drug companies would be fined by the maximum amount, their operation licenses revoked, and people in charge banned from producing veterinary products for life.

The ministry also plans to roll out an education campaign for farmers about the risks of using fake vaccines and 30,000 yuan ($4,600) will be offered to anyone informing authorities about their use.

The latest action comes amid growing concerns about a resurgence of swine fever during the winter months. Official outbreaks have been reported across the country, most recently in Sichuan, Hubei and Yunnan, though analysts say the prevalence is much, much higher.

“The ASF problem is quite serious and has been quite seriously out of control for a while,” said Wayne Johnson, a veterinarian at Beijing-based consultancy Enable Ag-Tech Consulting.

Although the steps taken by the ministry should be applauded, some producers will struggle to comply with the ban on sending pigs infected with the virus to slaughterhouses, he added.

“There is no place for them to go,” he said.

Provincial authorities must report on their work against the use of vaccines by June 30 and again by Nov. 30, said the ministry.