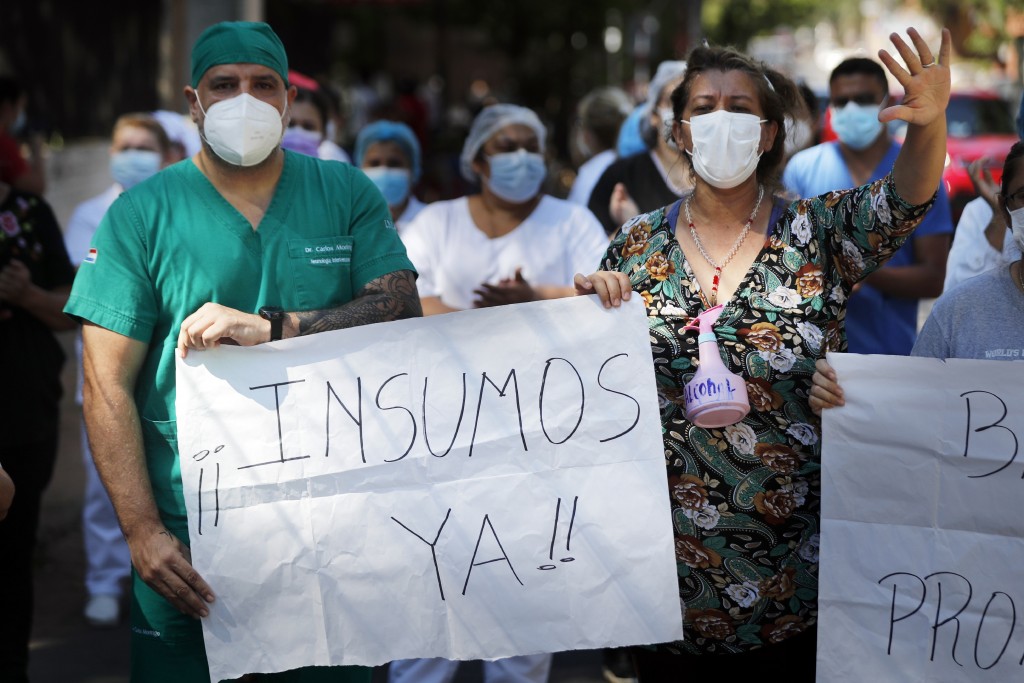 Each had submitted a negative result of a coronavirus test taken within three days of their flight, and each was sent directly to their residence or a quarantine center upon arrival in Taiwan.

Chen said that cases 971 and 975 are a Paraguayan woman and man, respectively, both in their 20s. They left Paraguay on March 5 and transited through Brazil on their way to Dubai. They then flew to Taiwan, where they planned to study.

They were asymptomatic upon arrival but underwent coronavirus tests and were diagnosed on March 8. They were on the same flight as cases 972 and 973.

The health department has identified a total of 78 contacts of the pair, including 63 passengers who had sat in front of and behind them on the flight and 15 crew members. The passengers have been told to begin home isolation, while the crew members, who did not enter the country, will be notified through the World Health Organization National IHR Focal Point in their country.

Case No. 972 is a Taiwanese woman in her teens who has lived in the U.K. for a long period of time. She was diagnosed with COVID-19 on Jan. 18, but subsequent tests taken on Feb. 27 and March 3 came back negative.

On March 5, she returned to Taiwan, transferring through Dubai. She did not report any symptoms of the disease to quarantine officers when she arrived but still underwent a test.

On March 6, she reported experiencing a headache. The result of her test came back positive for COVID-19 on March 8.

The health department has identified five contacts in her case, all of whom were passengers who had sat directly behind and in front of her on her flight to Taiwan. They have since been told to undergo home isolation.

Case No. 973 is a Taiwanese woman in her 30s who went to the U.K. for study in January of 2020. During her stay there, she came in contact with a local coronavirus case.

On March 5, she returned to Taiwan via transfer flight in Dubai. When arrived, she did not report any symptoms to quarantine officers, but she underwent a coronavirus test.

She tested positive for COVID-19 on March 8. The health department has identified three contacts in her case, all of whom were passengers who had sat in front of and behind her during the flight.

The three passengers have been told to commence home isolation.

Case No. 974 is a Filipina in her 20s who came to Taiwan for work on Feb. 19. When she arrived in the country, she did not report any symptoms of the virus.

When her quarantine expired on March 6, she underwent a coronavirus test at her own expense, and the result came back positive for COVID-19 on March 8. She had a Ct value of 34 while testing negative for IgM antibodies and positive for IgG antibodies.

The health department has identified three contacts in her case, including one who has been told to undergo home isolation because they had not worn a mask when coming into contact with her. The two other contacts have only been asked to begin self-health monitoring, as they had worn masks when interacting with her.

As their quarantines were coming to an end, they underwent coronavirus tests on March 6. Although neither had reported experiencing any symptoms of the disease, both tested positive for COVID-19 on March 8.

Since neither man had come in contact with others during their quarantine, the health department has not listed any contacts in their cases.

Since the outbreak began, Taiwan has carried out 177,749 COVID-19 tests, with 175,891 coming back negative. Out of the 976 officially confirmed cases, 860 were imported, 77 were local, 36 came from the Navy's "Goodwill Fleet," two were from a cargo pilot cluster, one was an unresolved case, and one (case No. 530) was removed as a confirmed case.

Up until now, 10 individuals have succumbed to the disease, while 932 have been released from hospital isolation, leaving 34 patients still undergoing treatment in Taiwan.