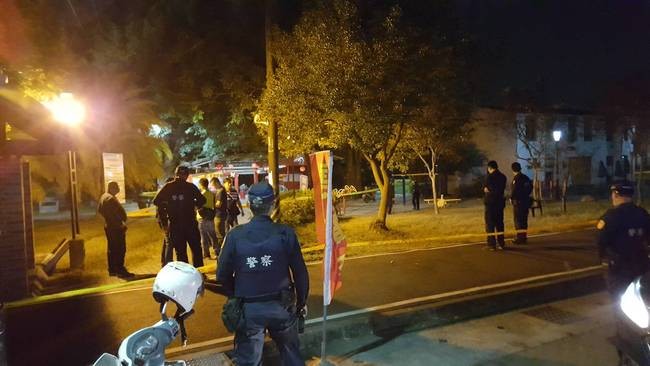 TAIPEI (Taiwan News) — A wave of gun violence broke out in Taiwan Sunday (March 7) as the result of gang activity and domestic disturbances, with at least three shootings and two deaths reported in three major cities across the country that day. At 12:43 a.m on Sunday, Pingzhen Precinct police in Taoyuan received a report that 22 shots had been fired from a modified pistol outside a local KTV, reported CNA. Police arrived at the scene 10 minutes later to gather evidence.

Based on the initial investigation, police identified the suspect as a 21-year-old man surnamed Chung (鍾). Police also said he had damaged a massage parlor on Minzu Road, also in Pingzhen District, on Friday (March 5). Police believe he had had a dispute with the owner of the two businesses and was seeking revenge. Within 24 hours, police were able to track down and arrest Chung, who will be investigated for gun charges.

As police began to close in on a wanted member of the Four Seas Gang (四海幫) in Taipei's Ximending area at noon on Sunday, the 47-year-old suspect, surnamed Chen (陳), opened fire on the officers, reported SET News. Police ducked for cover while other officers rushed Chen from behind, pinning him to the ground.

Chen was found to be carrying a modified handgun, 20 rounds of ammunition, and amphetamines, a category 2 narcotic. After being arrested, Chen was transferred to the New Taipei City District Prosecutor's Office for violation of the Act Controlling Guns, Knives and Ammunition (槍砲彈藥刀械管制條例) and for drug offenses.

Chen had previously threatened police with a hand grenade in 2004 and was released from prison in 2012. Last year, he had another run-in with police when he was found to be in possession of three guns and 41 rounds of ammunition. Sunday evening, near the Jiuqutang Railway Station in Kaohsiung's Dashu District, a divorced couple engaged in a heated argument in front of Digong Temple. The 64-year-old suspect, surnamed Fang (方), is believed to have had emotional and financial disputes with his ex-wife, a 59-year-old woman surnamed Chien (簡), reported ETtoday.

The two had ostensibly agreed to meet at the station to talk out their grievances. However, the two began to quarrel and Fang stormed off, returned to the scene with a handgun, and fired 10 shots in a row.

Two male friends of Chien's, surnamed Liu (劉) and Wu (吳), witnessed the shooting and rushed forward to try and intervene. However, Fang fired at both men, and they fell to the ground. Chien escaped injury by hiding in a nearby KTV. Paramedics were alerted to the shooting at 5:56 p.m., and when they arrived at the scene, they found that neither Liu nor Wu had vital signs. They rushed both men to nearby hospitals for emergency treatment.

Fang had already fled by the time police arrived at the scene, and they began tracing his movements. At 9:00 a.m. on Monday morning (March 8), Fang was arrested on a riverbank in Kaohsiung's Daliao District, CNA reported.