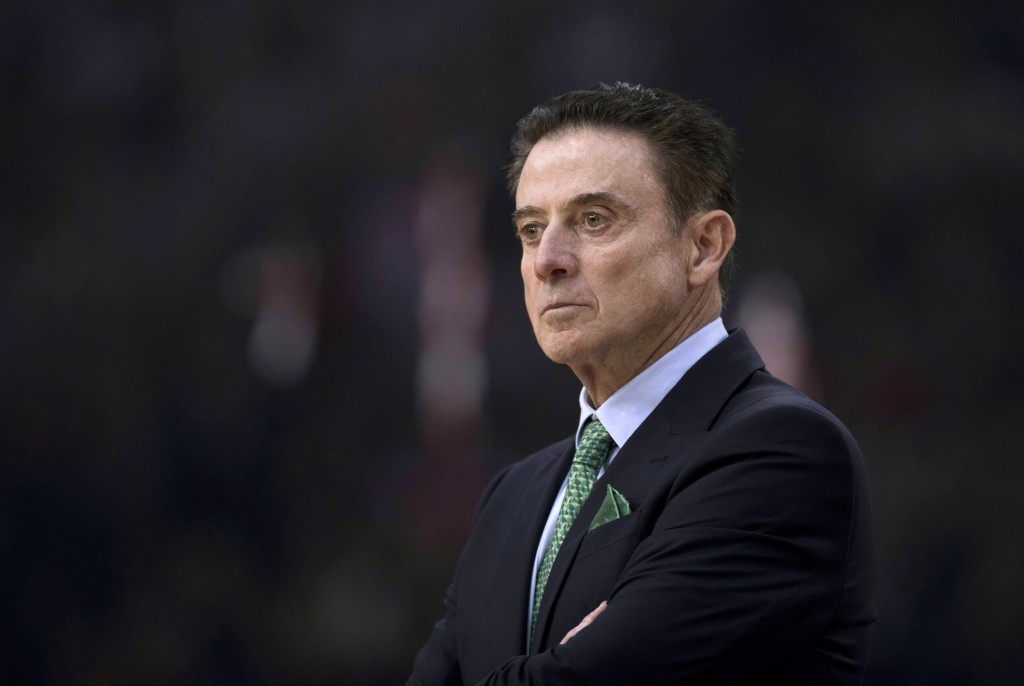 NEW ROCHELLE, N.Y. (AP) — By the time Rick Pitino got to town, the coronavirus was already there.

When Iona hired the Hall of Fame coach last March 14, there was no celebration for the new biggest man on campus. The more noteworthy arrival in the New York City suburb that week was the National Guard, sent in by Gov. Andrew Cuomo when he set up a “containment zone” that closed schools and banned large gatherings within a one-mile radius of a synagogue just down the street that was the center of one of the earliest COVID-19 outbreaks in the U.S.

Nearly a year later, the virus never fully let go of its grip around Pitino's program.

Forced to stop four times this season because of virus issues — including one 51-day hiatus that sidelined them longer than any team in the country — the Gaels come out of their latest pause hoping to put together a good ending to a frustrating season starting Tuesday at the Metro Atlantic Athletic Conference tournament.

“It hasn’t gone well for us because we’ve missed two months of practice and games. We’re trying to make the best of it in very difficult times,” Pitino said. “We probably have been hit harder than any program in the nation. That being said, I’m very proud of our guys because they’ve hung in there. They’ve been basically in jail four different times for 14 days.”

Though it’s the best time of year in college basketball, Pitino never wanted this March Madness. He advocated for the season to be pushed back from its November start to February, culminating with the NCAA Tournament being played in May, when perhaps enough people would have been vaccinated to have a safe and realistic season.

Maybe that would have given him belief in more postseason success, the kind he enjoyed at Kentucky and Louisville. Now, forget playing like his teams did in the SEC or Big East tournaments. He doesn’t even believe the Gaels can play as well as they did when they last took the court on Feb. 20.

“Honestly, I don’t. I don’t believe that, but we’re going to make the best of it,” Pitino said.

Iona had just completed a good run under Tim Cluess, who made six NCAA Tournament appearances and won five MAAC Tournament titles in nine seasons before stepping down for health reasons, when it hired Pitino. The Gaels hoped things might be even better under the first coach to win national titles at two schools (Kentucky, Louisville) and the first to take three schools (Providence) to the Final Four.

And Pitino hoped the job could help repair a reputation that was tarnished when Louisville fired him in 2017 while being investigated as part of a federal corruption probe.

But this season never got off the ground.

An 11-game nonconference schedule that was to include a trip to the Bahamas was scrapped entirely after the NCAA determined the season wouldn’t start until Nov. 25. Iona set up a new slate of six nonconference games, only to cancel four of them after its initial pause of activity in November.

Iona twice had cancelations on the day of games in December, the latter on Dec. 29 followed later that night by a positive test within its program, necessitating another two-week pause.

A night before the Gaels were set to return to action in mid-January, another positive test triggered the third pause. During that one, some players who tested positive began to show symptoms, unlike the previous times.

Pitino himself couldn’t escape the bad luck, contracting the virus after he had received his first vaccination shot. He quarantined in a small apartment on campus rather than risk getting his wife sick, and by the time Iona finally played a game on Feb. 12, it came after a 51-day break following its last game on Dec. 23.

The Gaels got in five games, concluding with an impressive sweep of MAAC co-champion Monmouth, before announcing another positive test that would leave them unable to play again until the conference tournament.

They tried to schedule a game, with Pitino saying Marist understandably declined because they would’ve had to play wearing masks. So the Gaels ended 8-5, 6-3 in their league, and they drew the No. 9 seed.

Perhaps things could’ve been different if the NCAA went with Pitino’s May Madness concept.

“I think in the end I was probably correct in my assessment, but I do not blame anybody for trying to (play) because of all the contractual obligations,” Pitino said, praising the plan to have the entire tournament held in Indianapolis as the safest environment using the traditional schedule.

“So, it’s not about being right or wrong. It was a suggestion I had and certainly I didn’t think the NCAA would listen to my suggestion, and we move on.”

But Pitino won’t be moving on to the NCAA Tournament unless the Gaels win four games in Atlantic City, New Jersey, a tough ask for any team, let alone one that just returned to practice this week and won’t be in top shape. He didn’t plan to push the players hard, knowing the risk of injuries after prolonged inactivity.

Nor was he worrying much about what his team has lost, though he does feel badly for the departing players such as MAAC scoring leader Isaiah Ross who didn’t get much of a senior season.

“I’m more concerned about the 510,000 deaths that we’ve had,” Pitino said. “My heart goes out to those people more than our team’s suffering from pauses.

“This is something I hope and pray that we never have to experience in our lifetime ever again. So we’ll just make the best of it. Basketball-wise we’ll get through it and hopefully have a normal basketball season next year.”