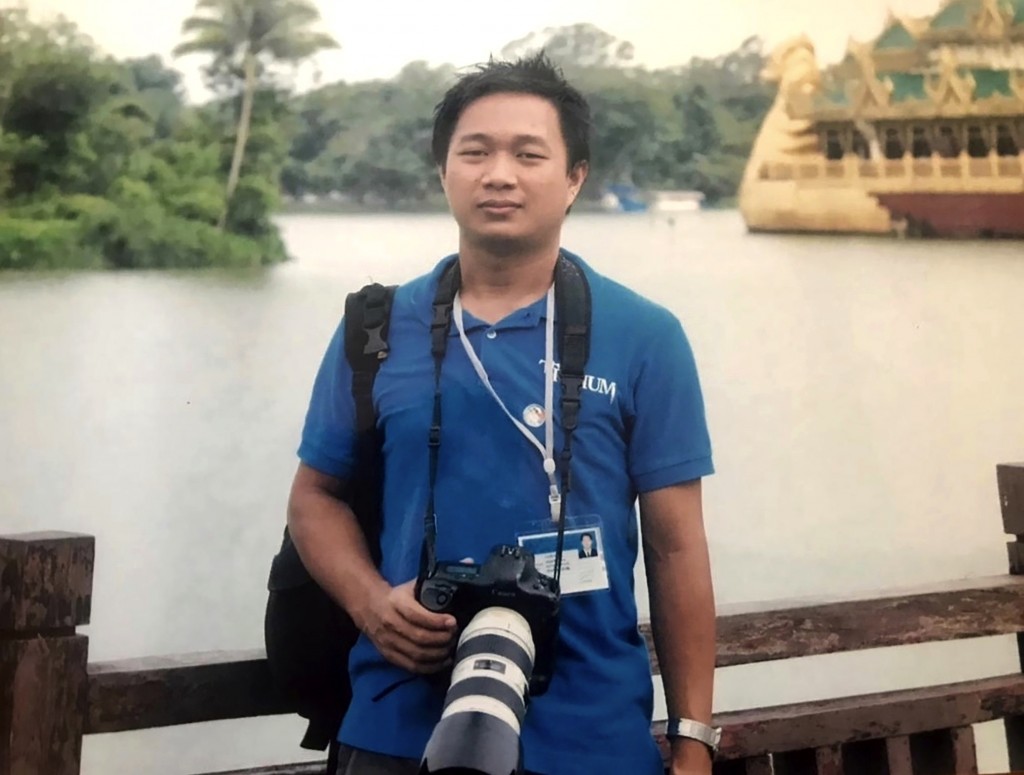 INDIANAPOLIS (AP) — The Society of Professional Journalists, saying it is "frustrated and fed up” with the arrests of reporters doing their jobs, has called on Myanmar to release Associated Press journalist Thein Zaw and five others detained while covering protests in the Southeast Asian nation.

"We urge all Americans to join us in a campaign to urge public officials that journalism is not a crime," the Indianapolis-based organization said in a statement Friday.

Thein Zaw was arrested on Feb. 27 while covering a protest against the military coup that ousted the elected government of Aung San Suu Kyi. A video of the arrest shows him being surrounded and held in a chokehold as handcuffs are placed on him. The AP has called for his release.

Authorities charged Thein Zaw and the other journalists with violating a public order law that could see them imprisoned for up to three years.

“Those journalists, like all journalists, are doing their jobs, and shouldn’t be punished for it. What part of ‘journalism is not a crime’ do government officials not get?” SPJ National President Matthew Hall said in a statement .

The group said it also is “appalled” that American journalists continue to face charges “for doing a public service.”

“We call on law enforcement agencies in the U.S. to drop charges against any journalist detained while doing their work, and we ask the Biden administration to publicly make that same statement in support.”

The SPJ said that although the majority of the more than 120 journalists arrested or detained while covering Black Lives Matter protests were released without charges, at least four are due in court this month on charges ranging from disorderly conduct to interference with official acts.

“Journalists here and abroad must be able to do their jobs without threat of arrest or reprisal," Hall said.