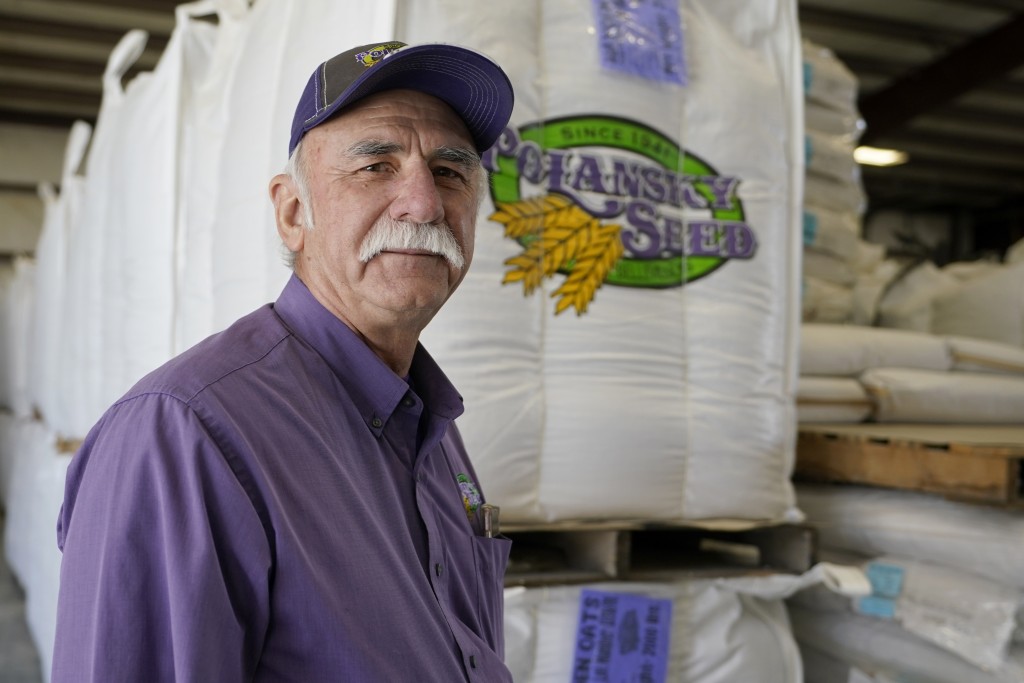 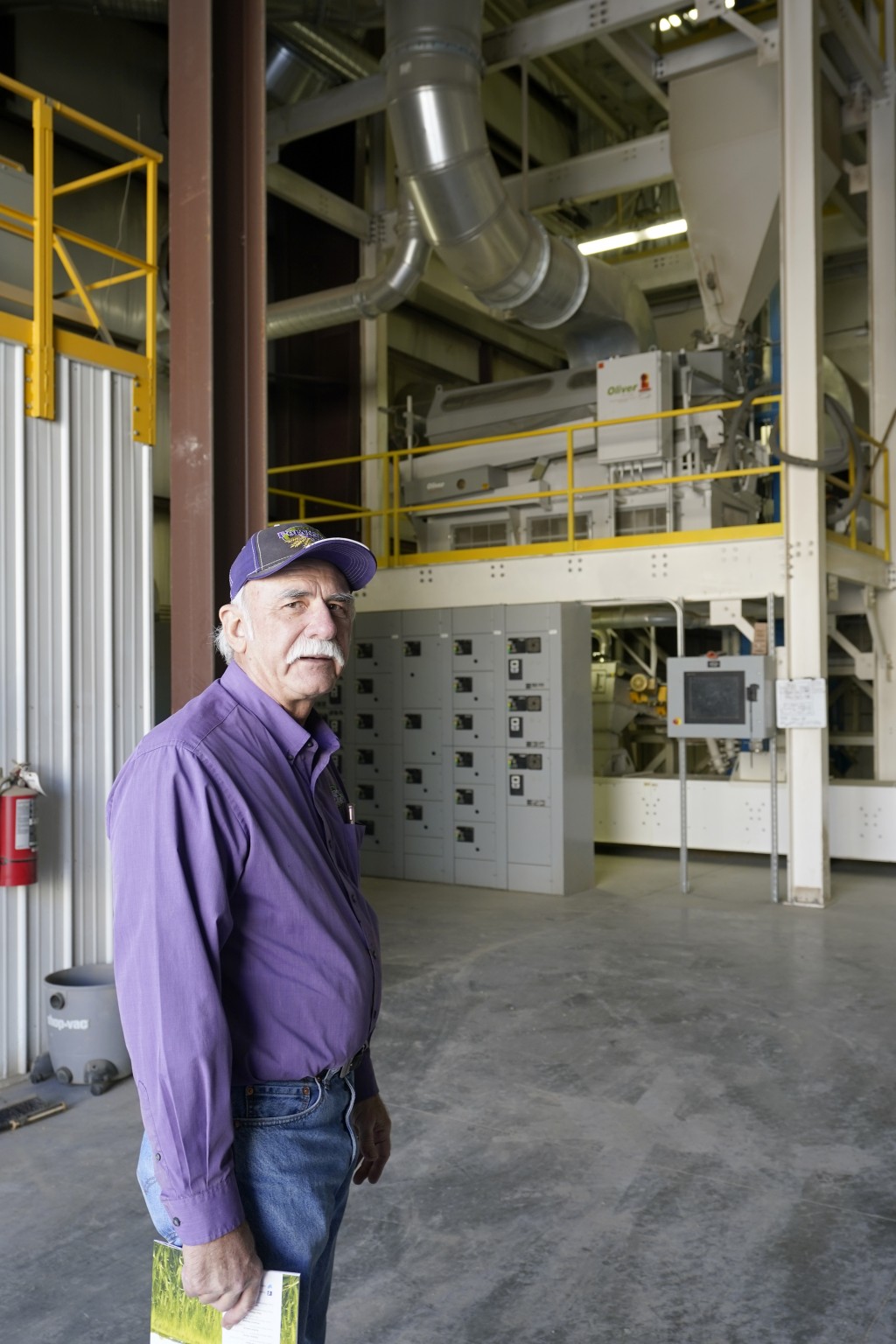 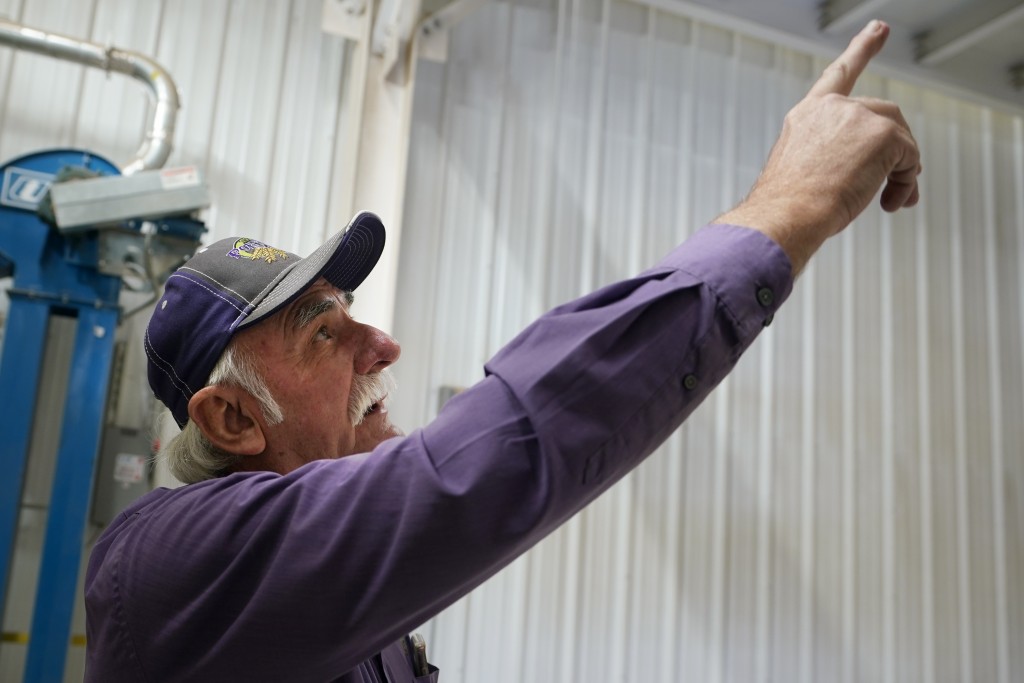 BELLE PLAINE, Kan. (AP) — More than a year after two U.S. Department of Agriculture research agencies were moved from the nation's capital to Kansas City, Missouri, forcing a mass exodus of employees who couldn't or didn't want to move halfway across the country, they remain critically understaffed and some farmers are less confident in the work they produce.

The decision to move the Economic Research Service and the National Institute of Food and Agriculture in September 2019 was pitched as putting them closer to farmers in the nation's breadbasket, though much of their work involves advising members of Congress back in Washington. After the relocation was announced, President Donald Trump's chief of staff at the time, Mick Mulvaney, joked that moving the jobs to Kansas City was also “a wonderful way to streamline government.”

Tom Vilsack inherited a demoralized workforce at the two agencies when he took over as secretary of agriculture under President Joe Biden. With 235 vacancies between them, the agencies continued to hire during the pandemic and administration change, but they are putting out work that is smaller in scope and less frequent, causing some farmers to look elsewhere for data they rely on to run their operations.

Among them is Vance Ehmke, who said that since the USDA relocations occurred, he has been paying a lot more attention to private market analysis and what private grain companies are doing. The information feeds his decisions on everything from whether to buy more land or a new tractor to whether to build more grain bins.

“Here, when we need really good, hard information, you are really starting to question groups like USDA, which before that had a sterling reputation,” Ehmke said recently. “But out in the country, people are worried about how good the information is now because those groups are operating at half capacity.”

The relocation hollowed out years of specialized experience and delayed or scuttled some of the agencies' research and other work. Hiring at the Kansas City site remains well below the roughly 550 high-paying jobs local leaders had anticipated.

Farmers rely on the research to make decisions on a wide range of topics, from rural community planning to farming with climate change and volatile weather conditions, said Aaron Lehman, a farmer who is president of the Iowa Farmers Union.

“It has gone in the wrong direction in general in terms of accuracy now," said Adrian Polansky, a farmer and former executive director of the USDA’s Farm Service Agency office in Kansas during the Obama administration. "Whether that was for sure based on that transition or whether it was the leadership in the department in terms of what the political goals may have been, I am not exactly sure. But it seems like there was less reliability.”

Polansky said he looks to commercial sources of agricultural information to corroborate USDA data more often now than he did in the past. He said that even after the agencies fill their openings, it will take time to “become fully impactful” because research is a long-term endeavor.

"When you lose significant staff and significant institutional knowledge, there is just not a way that can't impact the product and information from USDA," he said.

Dan O’Brien, a grain market specialist at Kansas State University Research and Extension, acknowledged that farmers have increasingly been questioning the reliability of the government’s agricultural data over the past few years. However, he said those frustrations have dealt more with reports published by other USDA agencies, and that some farmers may be confusing them.

Laura Dodson, the union representative for ERS employees, said the relocation will affect the agency for another five years. It hasn't affected the accuracy of its reports, but it has reduced their scope and frequency.

Dozens of ERS reports have either come out late or not all, including reports on the organic food sector, antibiotic use in animal production, and hired farm workers and labor markets, among others, Dodson said. For example, a two-year research project on pollinators such as honeybees was shelved because the entire team working on it left the agency rather than move to Kansas City.

ERS published 37 reports in 2018, compared to 11 last year, Dodson said. Those figures don't include its monthly crop price and analysis reports, which have remained fairly steady despite the relocation and the pandemic. Agency employees also published 100 articles in academic journals related to their fields of study in 2018, but just 64 in 2020.

“We help make sure that food is produced safely, timely and responds to changes in the marketplace and changes to environmental sector,” she said. "And so if those become less effective because they are not being informed by good data and research, that will translate directly to how Americans receive their food.”

Matt Herrick, a USDA spokesman, said in an email that he couldn't speak to the volume and variety of ERS reports and research under the Trump administration. “However, when you lose more than half of your expert workforce, there is bound to be a noticeable effect,” he added, noting that the USDA is focused on restoring employee confidence and morale.

When former Secretary of Agriculture Sonny Purdue toured the new Kansas City headquarters in November 2019, he predicted the agencies would be fully staffed by the first quarter of 2020. That didn't happen.

The same trend played out at NIFA, which had 320 employees in October 2016. In October 2019, it was down to 112 workers, though it rebounded somewhat to 218 by late January, including 16 based in Washington.

“Best I can tell, they were putting out information that Trump really did not like hearing, like global climate change and things like that,” Ehmke said. “And here in the United States, what we do with groups like that — we can’t send them to Siberia, so we send them to Kansas City.”