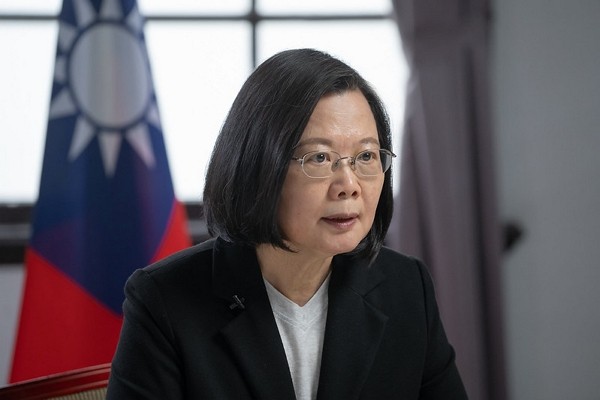 In honor of International Women's Day on Monday (March 8), the Ministry of Health and Welfare held a "Feel No Fear – Courage Forum" at Taipei's Syntrend Creative Park on Saturday. While Health Minister Chen Shih-chung (陳時中) attended the event in person, President Tsai and Premier Su Tseng-chang (蘇貞昌) both offered their messages virtually.

Speaking in a pre-recorded video, Tsai pointed out that remarkable women can be seen in every occupation across Taiwan and that their persistence and courage have compelled the country to move forward. She said more women have chosen to become soldiers, law enforcement officers, and firefighters to protect the public in recent years.

During the coronavirus pandemic, a large percentage of Taiwan's frontline medical personnel and science researchers have been women, Tsai said. She added that female athletes and business leaders have also shone brightly in their respective fields.

Although she feels genuinely proud of the women of Taiwan, Tsai said she has greater expectations — she hopes society will stop treating women's successes as rare occurrences but rather something that happens naturally. Tsai said she hopes the term "strong woman" will one day become as unpopular as "strong man" in newspapers or magazines.

Tsai also promised the Taiwan government would lead the country toward gender equality through action. She said she has abandoned the tradition of only having women as receptionists at the Presidential Office Building and major national events.

Tsai encouraged every woman in the country to become the individual they dream of being. She said she offers her blessings to each "beautiful and unique Taiwanese woman."