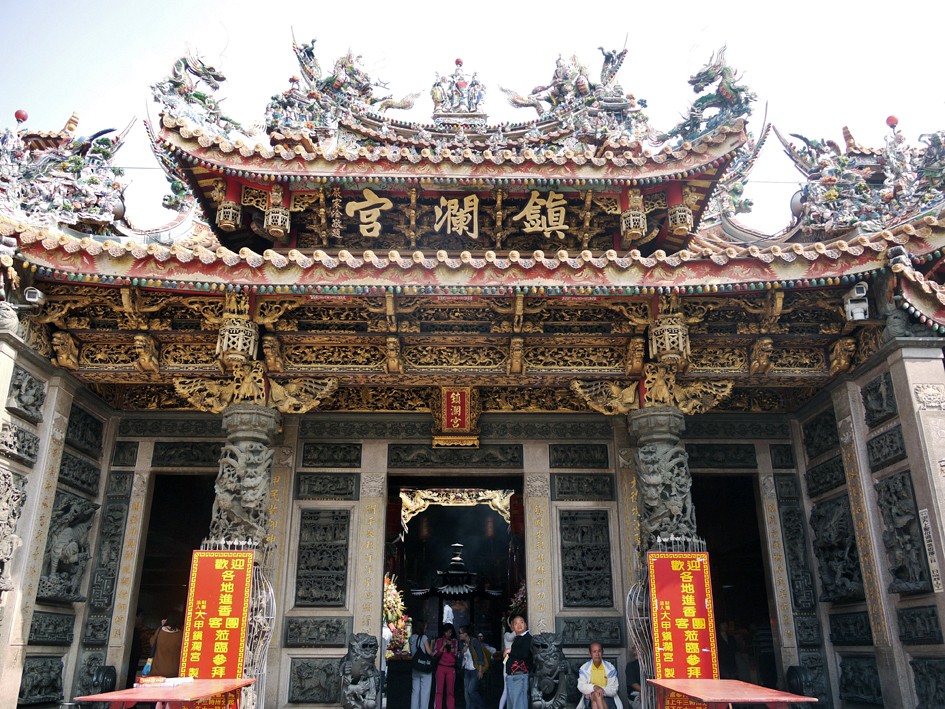 Irrigation authorities in Taiwan are turning to Matsu on Sunday (March 7) for help to resolve the nation's drought, teaming up with Dajia Jenn Lann Temple in Taichung City, to pray to the deity for rain.

The Irrigation Agency under the Council of Agriculture and the temple are scheduled to hold a rain worshipping ceremony on Sunday, hoping worshippers' piety will move the sea goddess. She is believed by her followers to be able to bring timely rainfall after a long drought.

The ceremony will start at 9 a.m. and run until 11 a.m. at the temple and attendees are required to wear white clothes, according to the temple. So far, more than 2,000 people have signed up for the ceremony.

Among them are farmers in Taiwan who have been anxiously waiting for the spring rains to start their planting and other work, after being relatively dry last year and so far this year. The drought was exacerbated by the lack of typhoons in Taiwan last year — for the first time since 1964.

It will be only the fourth such ceremony held by the Dajia Matsu Temple since it was was founded in 1730 during the Qing dynasty (1636–1912). The first one was held during Qing dynasty, the second during the Japanese colonization period (1895-1945) and the third in 1963.

According to the temple's records, rain started to fall about one hour after the 1963 ceremony began. It was attended by many worshippers, including heads of Dajia, Daan, Weipu and Houli townships, city and county councilors and other local celebrities.

However, Yen Ching-piao (顏清標), chairman of the temple, has told local media that he is not sure whether the worshipping ceremony will be able to lead to timely rainfall.

In response, Minister of Economic Affairs Wang Mei-hua (王美花) said the upcoming rain prayer ceremony in Dajia aims to comfort the public. She said her ministry will continue to coordinate water supplies during the drought season, in particular for science parks which have been top water users.

Since last year, Taiwan has faced challenges from a serious water shortage, particularly in the Hsinchu, Miaoli and Taichung cities and counties, according to the Water Resources Agency.
As a result, water levels in reservoirs in central and southern Taiwan have mostly dropped to below 20 percent of capacity, the WRA's data showed.

Matsu, aka Tian Hou (Queen of Heaven) is a Chinese deity who has been worshipped since at least the 12th century. Originally from southeastern China's Fujian province, she was a Fujianese shamaness believed to have special powers in protecting fishermen and seafarers.

Over the centuries, Matsu worship has spread throughout China's coastal regions and overseas Chinese communities in Southeast Asia. Belief in Matsu was brought by early Chinese settlers to Taiwan, where she is very popular.

In later years, she is regarded as a benevolent protector of all, not just fishermen and seafarers.