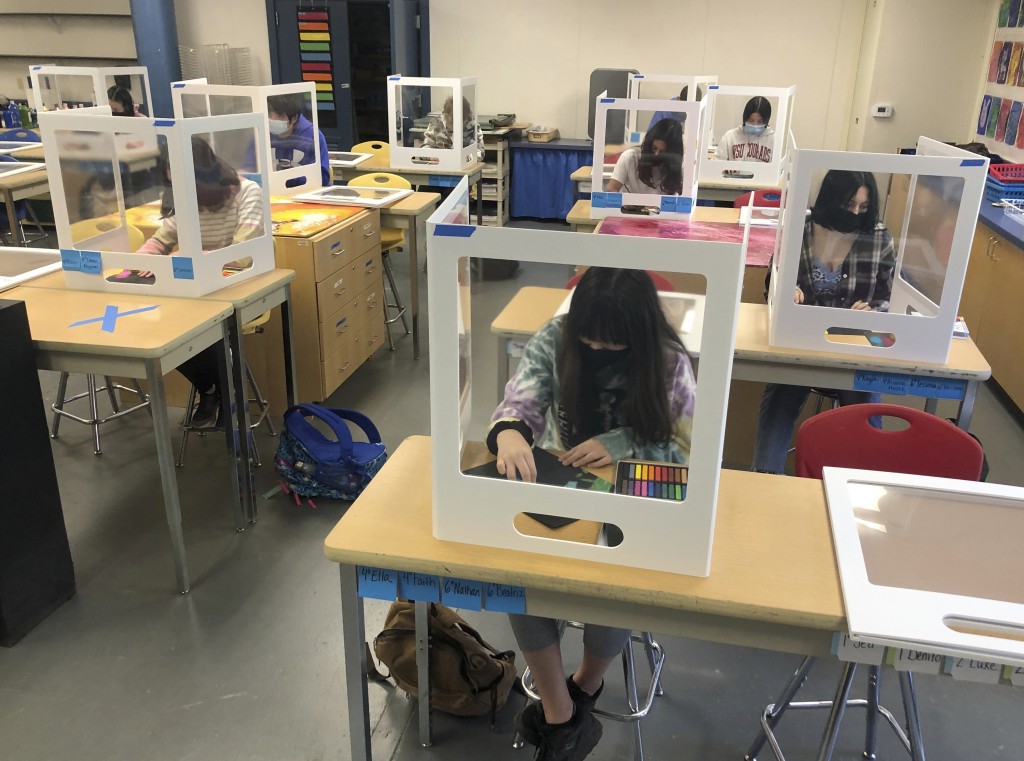 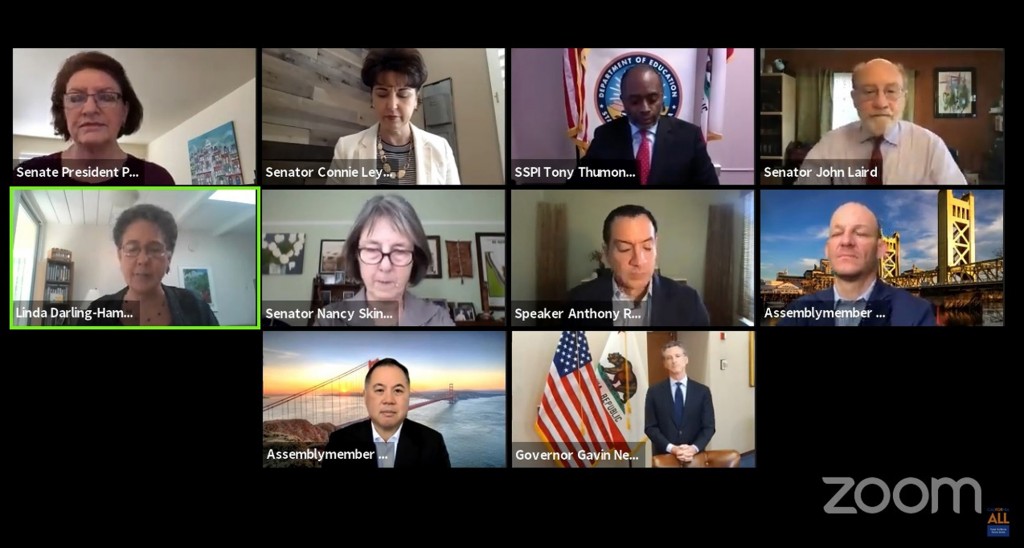 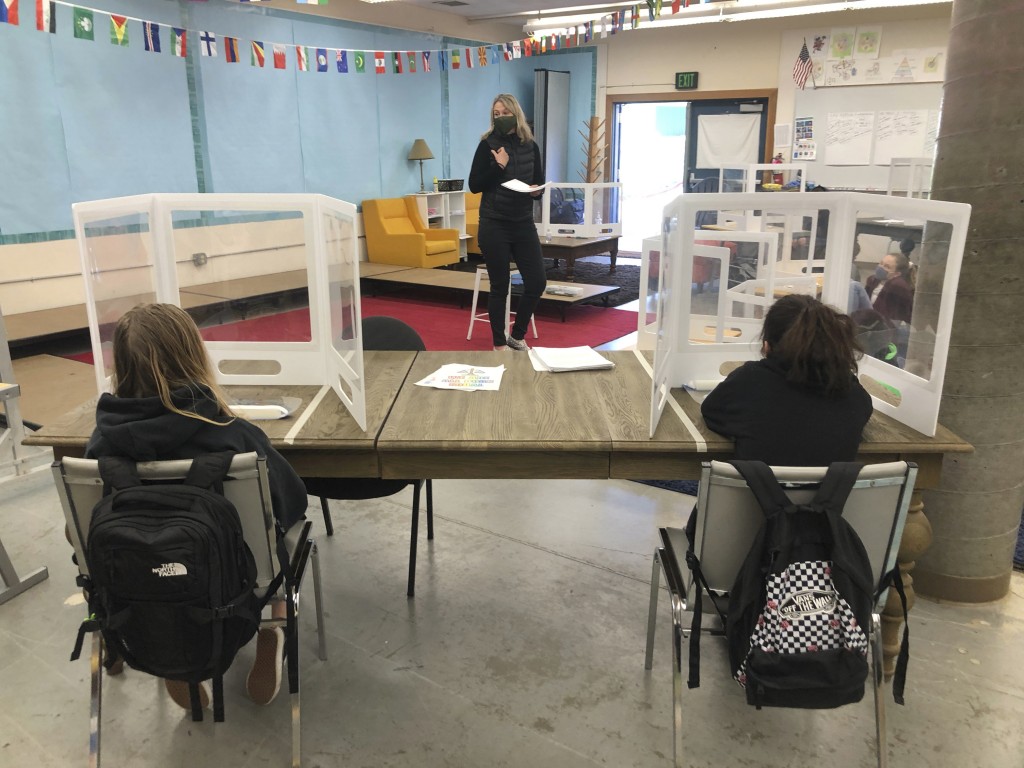 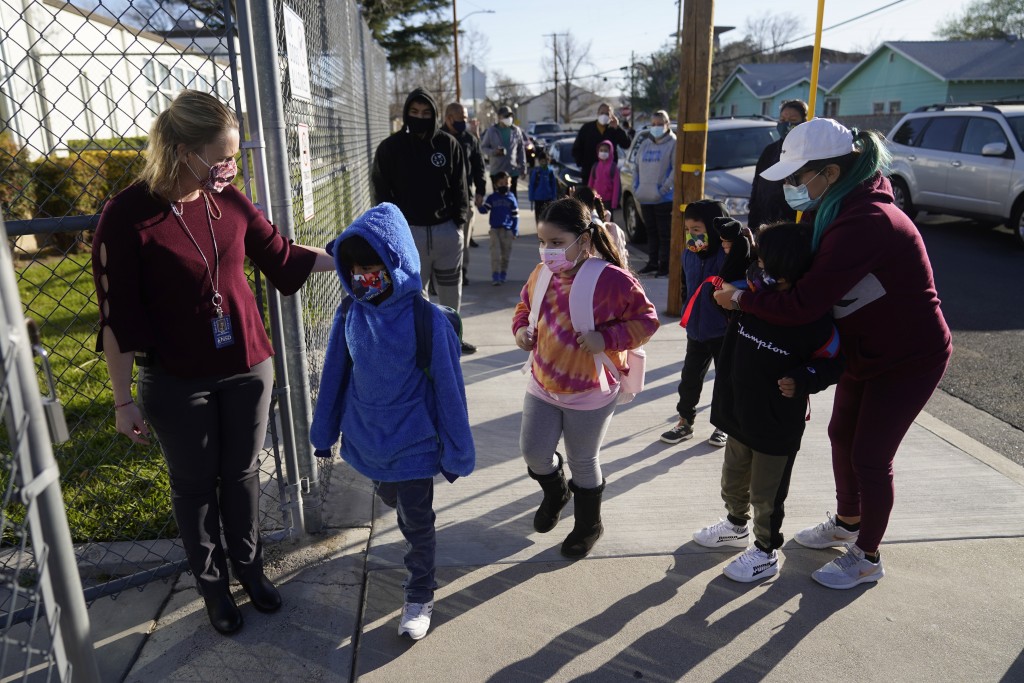 SACRAMENTO, Calif. (AP) — California’s public schools can tap into $6.6 billion in a plan Gov. Gavin Newsom signed into law Friday to try to pressure districts to reopen classrooms by the end of March. Educators, parents and lawmakers question whether it will work.

After nearly a year of distance learning for most K-12 students during the coronavirus pandemic, parents in the nation’s most populated state say they are frustrated and losing hope their children will see the inside of a classroom this year.

“Is this money going to be a motivator? I don’t know,” said Dan Lee, a father in San Francisco, a city that sued its own school district to reopen classrooms. “We throw money at them, we sue them, we shame them. They still haven’t moved.”

The law does not require school districts to resume in-person instruction. Instead, the state is dangling $2 billion before cash-strapped school boards, offering them a share only if they start offering in-person instruction by month's end. The rest of the money would go toward helping students catch up.

“This is the right time to safely reopen for in-person instruction,” said Newsom, who faces a likely recall election this year, fueled by anger over his handling of the pandemic.

Getting students back into classrooms has been a fraught issue nationwide, pitting politicians against powerful teachers unions. Each state has handled it differently.

In Chicago, the fight to reopen public schools in the nation’s third-largest district nearly resulted in a teachers' strike last month over COVID-19 safety plans. Chicago and New York City, the nation’s largest school district, have now reopened classrooms to elementary school students, but neither city has a plan for high school students.

In California, the new law has attracted bipartisan support and scorn in equal measure, with the Democratic governor and lawmakers saying it marked an important step forward but was far from perfect.

Teachers from some of the biggest districts have come out against it, saying schools can't reopen until infection rates drop and enough educators have been vaccinated.

Among them is the powerful United Teachers of Los Angeles, whose members were voting Friday to reject what they called an unsafe return for the second-largest district in the nation. This week, the union slammed the reopening plan as “a recipe for propagating structural racism" by benefiting wealthier areas with lower infection rates.

“If you condition funding on the reopening of schools, that money will only go to white and wealthier and healthier school communities,” union leader Cecily Myart-Cruz said in a statement.

While California businesses have opened and closed through the ups and downs of the pandemic, many school boards have not been willing to return students to classrooms as they have struggled with the costs to implement safety standards and negotiations with teachers unions.

But as the rate of new coronavirus cases continues to fall and more people are getting vaccinated, politicians and parents have been pressuring districts to return to in-person learning before the end of the school year.

The new law is California’s first attempt to do that on a statewide scale.

Newsom signed it via Zoom, unintentionally mimicking how most of the state’s 6.1 million public school students have been learning for the past year. The irony was not lost on Newsom, who said the virtual ceremony was necessary to include officials scattered across the state. He highlighted the struggles he and lawmakers had in negotiating the plan.

“When you look at 58 counties, a thousand-plus school districts, this truly is a challenge at a scale no other state in the country is faced with,” Newsom said.

To be eligible for the money, most districts will have to offer in-person learning for all elementary school grades. But the law does not require a return to classrooms for most middle and high school students and does not mandate how long the students must be in classrooms.

That's prompted fears that some districts could return students just one day per week and still be eligible for the money.

OpenSchoolsCA, a parents’ group that has advocated for in-person schooling, called the legislation “another failed attempt" at reopening classrooms that won’t be enough to persuade many districts, especially in large cities.

In San Diego, mother-of-two Liz Ingle is already fearful of what the fall will bring.

“We’re all feeling like if we don’t get all of our kids on campus before the end of the year, the chance that they’re going to open in hybrid in fall is more likely,” Ingle said.

She doubts the plan, which gives schools the option of opening or not, will compel districts to move any faster.

“We’ve already seen that when they have choices they don’t move very quickly,” said Ingle, who plans to join one of several rallies next weekend to mark the anniversary of schools closing.

The new law also sets aside $4.6 billion for all districts to help students catch up, 85% of which must be used for in-person learning.

“We’re going to go home to our districts and beg all of our (school) districts to open up,” said Assemblyman Phil Ting, a Democrat from San Francisco, where public schools have stayed closed despite one of the lowest COVID-19 rates in California.

The San Francisco school board drew national scorn this year for focusing on renaming 44 schools it says honored racially insensitive figures, including Abraham Lincoln, rather than working to reopen classrooms. It has since paused the renaming.

The foot-dragging prompted many parents to switch to private schools that are holding in-person classes or move out of the city.

Melissa Nemer, a San Francisco mother of two, plans to move to a suburb this summer. She has watched relatives in New York City, Denver and the Minnesota suburbs send kids back to school as hers remain stuck in distance learning.

“There are no dates for reopening, there is no timeline, there’s nothing,” Nemer said. “Enough is enough."