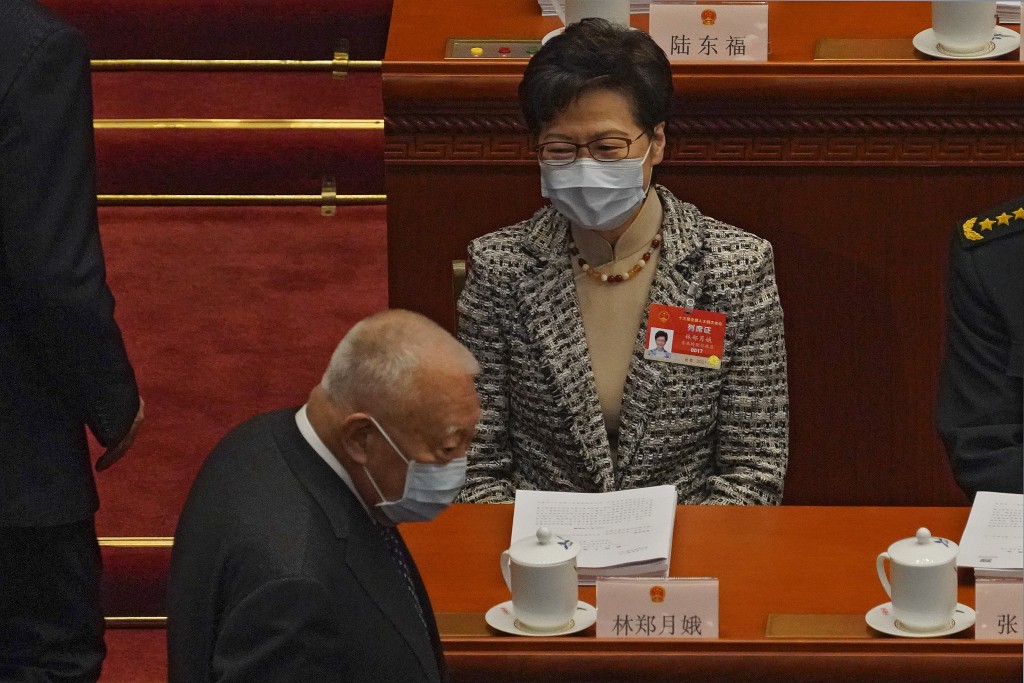 China will give itself power to veto any candidate for Hong Kong’s legislature, according to a draft proposal described on Friday by a top Chinese lawmaker that represents a significant blow to the city’s already limited democracy.

Wang spoke at the opening of China’s annual session of the Congress, which nearly always overwhelmingly approves any proposals put before it.

The 1,200-member election committee in Hong Kong is the same that selects Hong Kong’s chief executive and is stacked with Beijing loyalists.

China has ushered in a sweeping crackdown against dissent in the former British colony after huge and often violent pro-democracy protests rocked the city in 2019.

Hong Kong dominated headlines during last year’s NPC session, when delegates to the chamber endorsed a tough security law designed to stamp out dissent in the city.

Hong Kong has never been a democracy—something that has helped fuel the protests and resentment towards Beijing.

But until recently it maintained a veneer of choice that allowed a small and vocal opposition to flourish at certain local elections. Generally when Hong Kongers are allowed to vote, they vote in droves for pro-democracy candidates.

In recent years authorities have ramped up the disqualification of politicians either sitting in the city’s semi-elected legislature or standing as candidates, based on their political views.

Last month Hong Kong announced its own plans to pass a law vetting all public officials for their political loyalty to Beijing.