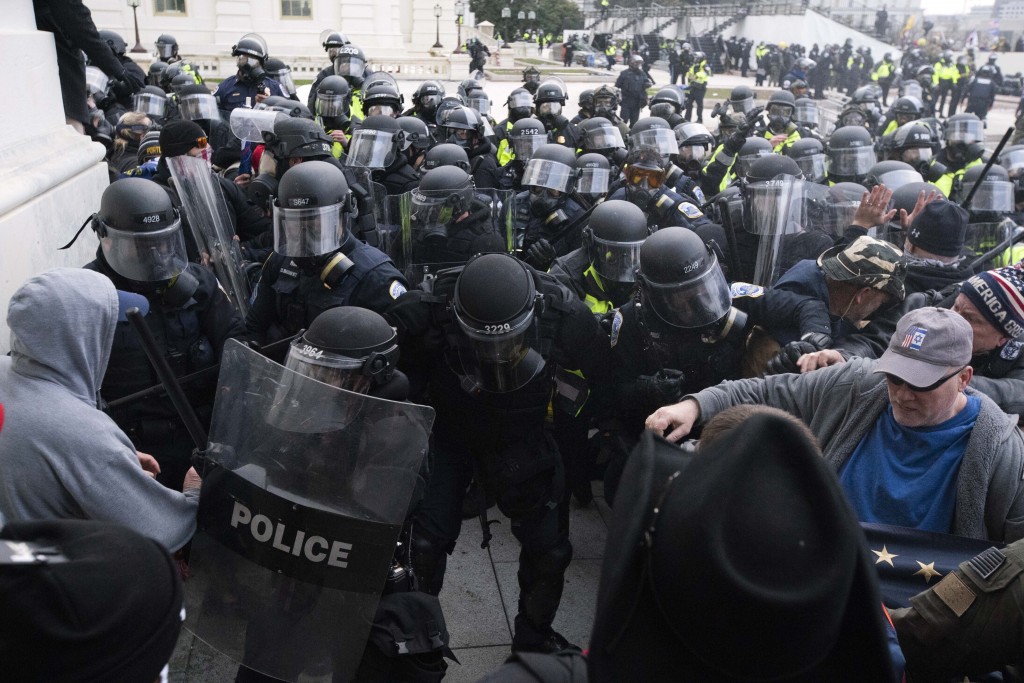 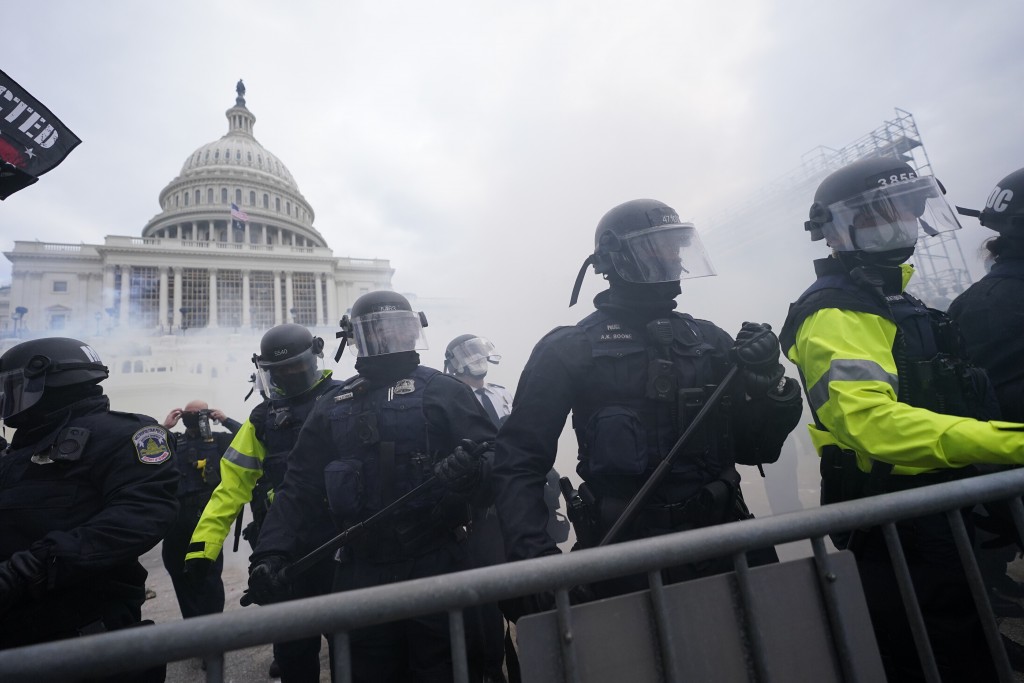 Two firefighters loaned to Washington for the day were the only medics on the Capitol steps Jan. 6, trying to triage injured officers as they watched the angry mob swell and attack police.

Law enforcement agents were “being pulled into the crowd and trampled, assaulted with scaffolding materials, and/or bear maced by protesters,” wrote Arlington County firefighter Taylor Blunt in an after-action memo. Some couldn’t walk, and had to be dragged to safety.

Even some of the attackers sought medical help, and Blunt and his colleague Nathan Waterfall treated those who were passing out or had been hit. But some “feigned illness to remain behind police lines,” Blunt wrote.

The memo is one of hundreds of emails, texts, photos and documents obtained by The Associated Press through 35 Freedom of Information requests to Capitol area law enforcement agencies. Taken together, the materials shed new light on the sprawling patchwork of law enforcement agencies that tried to stop the riot and the lack of coordination and adequate planning that stymied their efforts.

“We were among the first mutual aid teams to arrive and were critical to begin the process of driving protestors off the Capitol,” wrote Blunt.

Five people died in the insurrection, including a police officer. Two other officers killed themselves after the attack. There were hundreds of injuries and more than 300 people, including members of extremist groups Proud Boys and Oathkeepers, have been charged with federal crimes. Federal agents are still investigating and hundreds more suspects are at large.

The Arlington firefighters ended up at the Capitol because, two days earlier, Washington Metro Police Chief Robert J. Contee had formally asked the Arlington County Police Department to lend them some officers trained for protests and riots, according to the documents.

At the time, the Capitol Police department had issued a security assessment warning that militia members, white supremacists and other extremists were heading to Washington to target Congress in what they saw as a “last stand” to support President Donald Trump.

Members of Congress, who were locked down or rushed to safety Jan. 6 as the attackers approached the House and Senate chambers, are holding hearings this week to get to the bottom of what went wrong with the law enforcement response that allowed the crowd to ransack the Capitol building.

One question they are looking to answer is why the Capitol Police didn’t have more help on hand that day.

The emails obtained by the AP — hastily written and including misspellings and incomplete sentences — show that nearby police agencies were alerted two days earlier that there might be trouble and were prepared to help.

The night before the breach, after hours of rallies and speeches across the city, Federal Protective Service officers, who protect federal property, had noticed protesters trying to camp out on federal property, emailing that they were “being vigilant for any suspicious activity," according to an agency email.

The agents were particularly interested in the right wing extremist group, Proud Boys. They noted how many were in Washington, that they were staying at a downtown hotel, and what they planned.

In a briefing at noon on that day, just as Trump was encouraging supporters to “fight like hell,” a Federal Protective Service email said about 300 Proud Boys were at the Capitol.

It warned, “The Proud Boys are threatening to shut down the water system in the downtown area which includes government facilities.”

The email noted there was a man in a tree with what appeared to be a rifle near the Ellipse, and about 25,000 people were around the White House, some hiding bags in bushes outside the building.

“Together we stand!” the officer signed off.

As the White House rally was wrapping up, a protective service officer whose name was redacted sent an email to his peers: “POTUS is encouraging the protesters to march to capitol grounds and continue protesting there.” POTUS was a reference to Trump.

Intelligence agents used Facebook to monitor dozens of protests planned for Jan. 6 and beyond, according to emails. Rallies included the “Yugest Trump Parade of All (45 Exclamation Points)!,” “Fight for President Trump and Your Rights,” and “Wild Protest for Donald Trump (The Republican Mandate).” Some events were permitted, others were not.

At 3:10 p.m. on Jan. 6, Fairfax County’s Deputy County Executive Dave Rohrer emailed more than 25 county officials: “It is obvious to me based on my experience and knowledge that an emergency exists." He said he had authorized the Fairfax County Police Department to send Civil Disturbance Unit officers and commanders “to assist gaining control for safety reasons.”

But he added that they were monitoring the deployment closely. The redacted email refers to the early June episode when police from several jurisdictions used tear gas to violently break up a peaceful and legal protest in Lafayette Square, across the street from the White House.

On Jan. 6, Rohrer said he reminded commanders on the scene “that they are to cease operations if at any point they determine they are being used in an inappropriate, unethical, illegal manner, or are not under a competent authority... Maintaining life safety, regaining and establishing a safe perimeter, etc., should be the initial focus.”

That evening, at 8:31 p.m., a Federal Protective Service memo alerted “there is a report of an armed militia group headed to dc from west Virginia. Query ongoing.”

As midnight approached, Rohrer emailed again. Although the Capitol was quiet, “Intel will be monitored throughout the night and, unfortunately, PD and US Capitol Police are investigating several threats targeting residences of Capitol VIPs or family members received late tonight.”

“Our Police Department’s Civil Disturbance Unit answered the call yesterday," he wrote, “and as much as I hated to activate you, it was an activation to preserve our republic.”