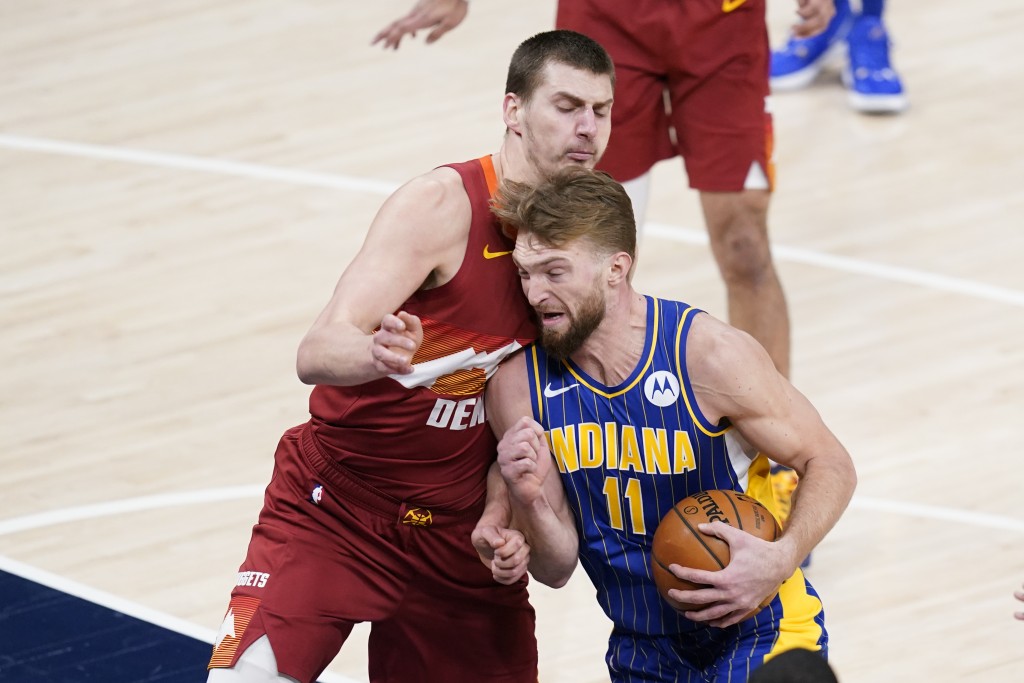 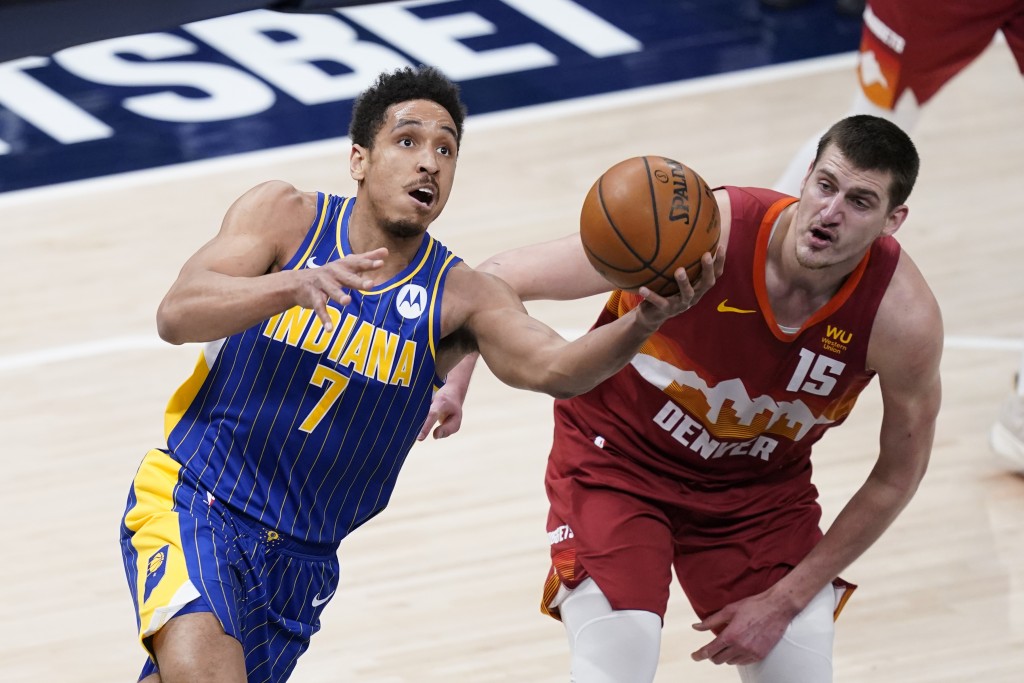 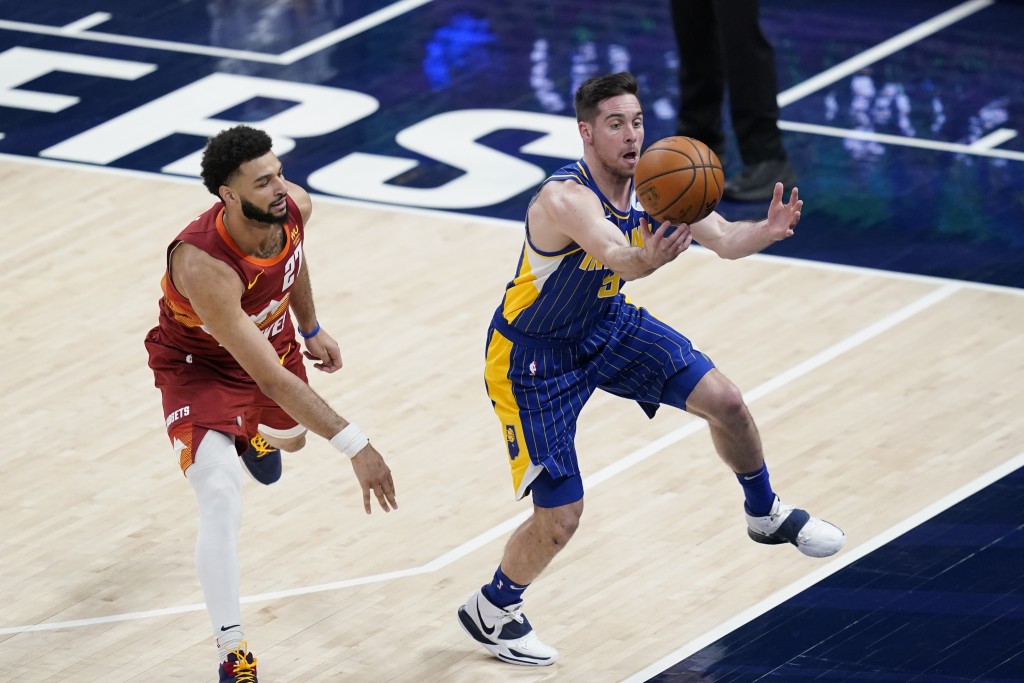 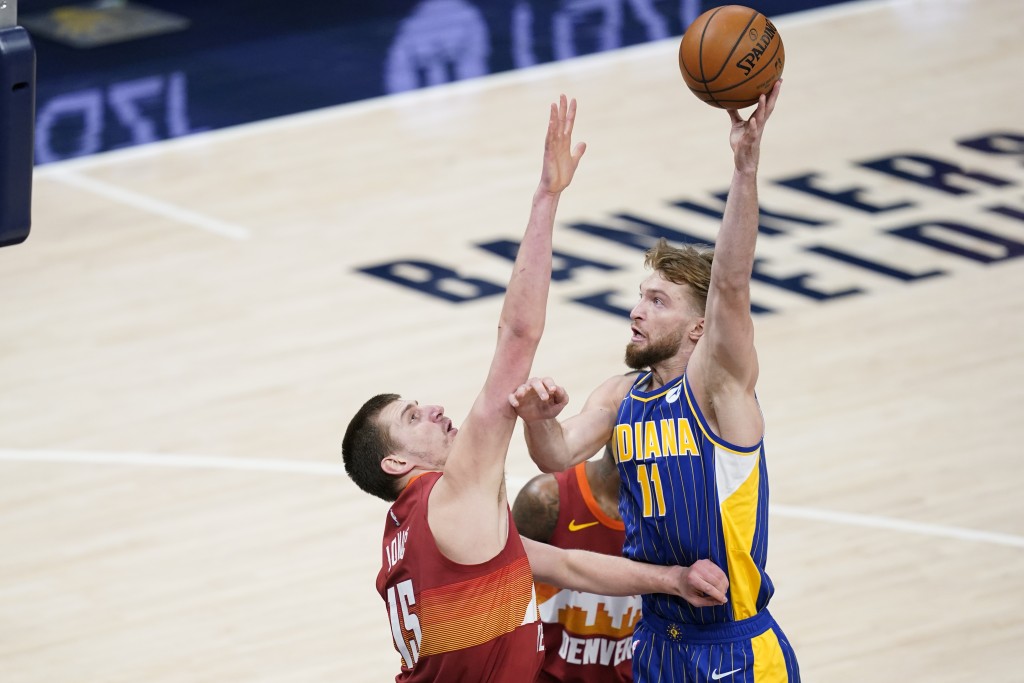 Denver closed out the first half of the season with four straight road wins.

Indiana was led by Myles Turner's 22 points and a season-high tying 12 rebounds, but lost for the fifth time in six games. Domantas Sabonis had his fourth triple-double this season with 10 points, 10 rebounds and 10 assists as the Pacers lost their fifth in a row at home.

But after the Pacers rallied to tie the score at 68, Denver outscored Indiana 14-6 over the final 5 1/2 minutes and sealed the victory with a 12-0 spurt midway through the fourth.

Pacers: Turner had three blocks to extend the league's longest active streak of consecutive games with at least one to 51. ... Sabonis also had four steals. ... One day after T.J. McConnell recorded the second triple-double of his career, he came off the bench to score 10 points, grab five rebounds and dish out four assists. .. Doug McDermott finished with 20 points and Justin Holiday had 16. ... This is the latest in the season Indiana has been under .500 since going 39-40 in 2016-17.

Nuggets: Make the final stop of a five-game trip March 12 at Memphis.

Pacers: Open the second half March 12 at the Los Angeles Lakers.