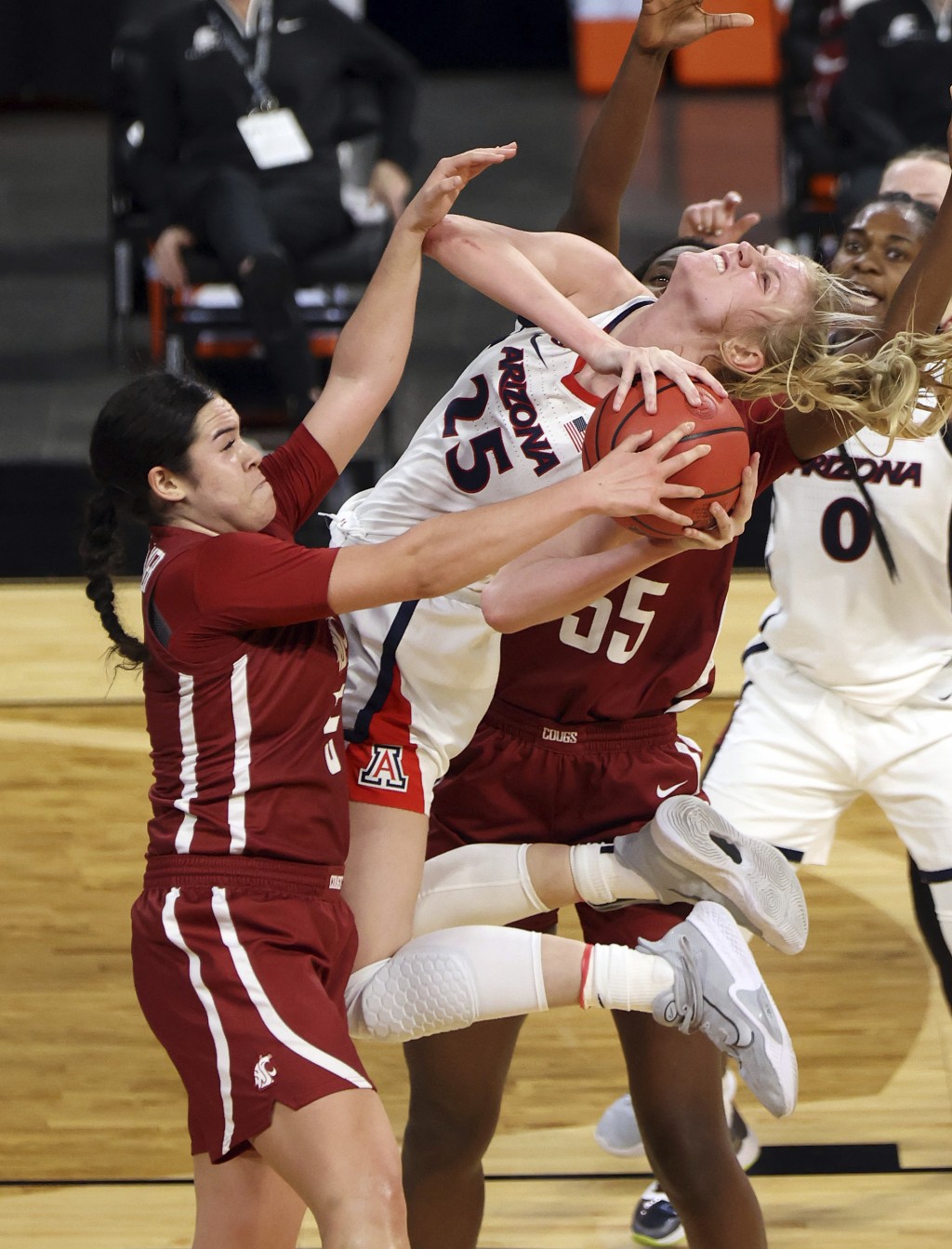 LAS VEGAS (AP) — Trinity Baptiste had 13 of her 17 points in the first half, and No. 11 Arizona beat Washington State 60-44 in the quarterfinals of the Pac-12 tournament on Thursday night.

Arizona will face the winner of 11th-seed Washington and No. 3 seed and ninth-ranked UCLA in the semifinals on Friday.

The second-seeded Wildcats (16-4) pulled away with an 11-0 run in the third quarter capped at 42-24 on Aari McDonald’s layup with 1:42 left. Washington State got the deficit no closer than 14 the rest of the way.

Baptiste led the defensive pressure with six of Arizona’s 16 steals and made 8 of 11 shots from the field. Aari McDonald added 13 points, nine assists and five rebounds.

McDonald reached her 86th game in a row scoring in double digits when she scored on a layup with 7:03 left in the fourth quarter.

Cate Reese added 10 points for Arizona, which held Washington State to five points in the first and third quarters.

Charlisse Leger-Walker had 12 points and Krystal Leger-Walker scored 10 for the Cougars. Bella Murekatete had 10 rebounds for Washington State, which shot 26% for the game.

Washington State finds itself on the NCAA Tournament bubble after going 3-6 against ranked opponents, including a pair of wins against No. 9 UCLA.