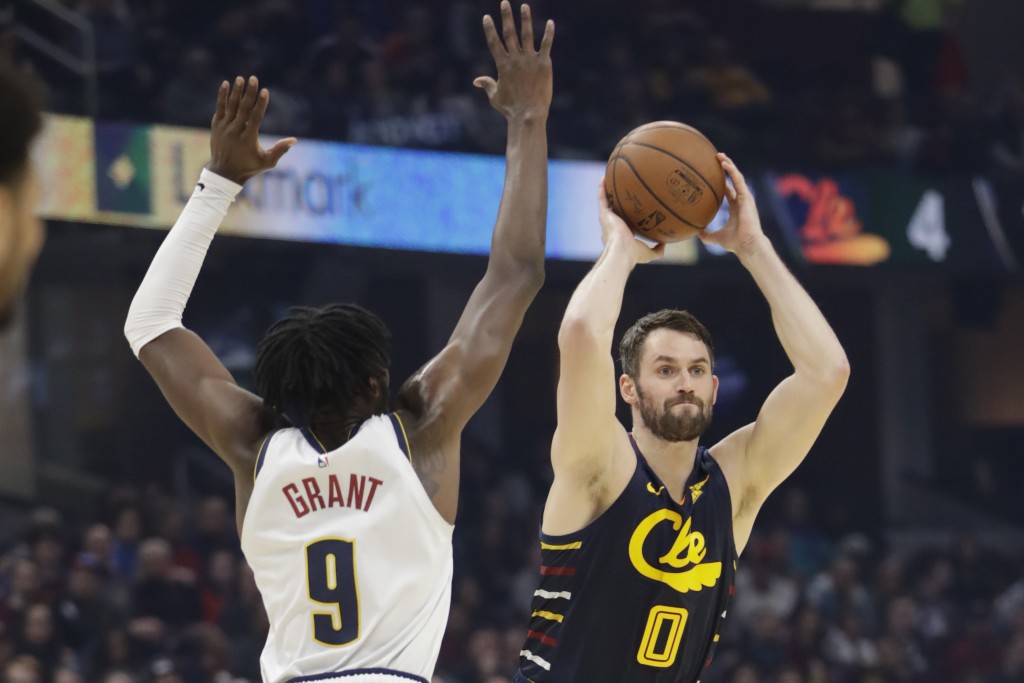 CLEVELAND (AP) — Kevin Love's devotion to raising awareness and advocating for mental health during isolating times has earned him another honor.

The Cavaliers forward and five-time All-Star received the first Humanitarian of the Year Award on Thursday night at the Greater Cleveland Sports Awards, an annual event that brings out the city's top sports names but was held virtually this year due to the COVID-19 pandemic.

Love first went public with his own mental health issues in 2018, chronicling those struggles in an essay. His openness and willingness to share his personal story since has helped erase stigmas about mental issues and led to the NBA adopting programs to assist players.

During the pandemic, Love, who has been sidelined most of this season with a calf injury, donated $100,000 through his foundation to assist team employees and workers at Rocket Mortgage FieldHouse. He's also donated meals to workers at the Cleveland Clinic.

Last year, Love received the Arthur Ashe Courage Award at the ESPYs for his efforts to promote mental wellness.

The Browns ending their 18-year playoff drought was voted the best sports moment of 2020.

“It was a whole team playing as one,” quarterback Baker Mayfield said. “Hopefully we have a lot better moments and there's more to come.”