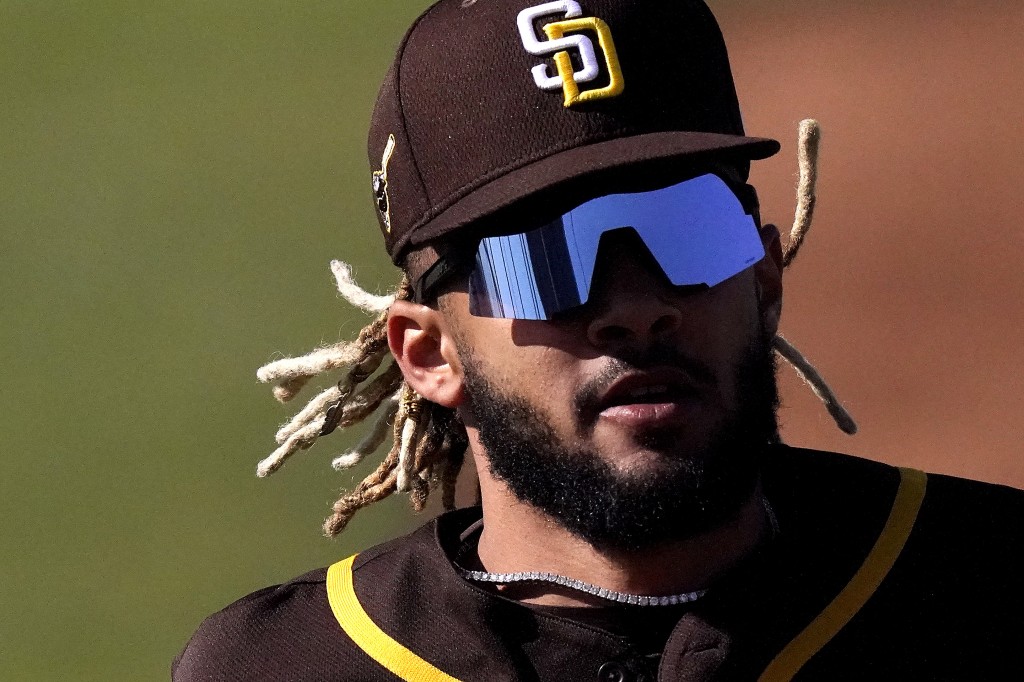 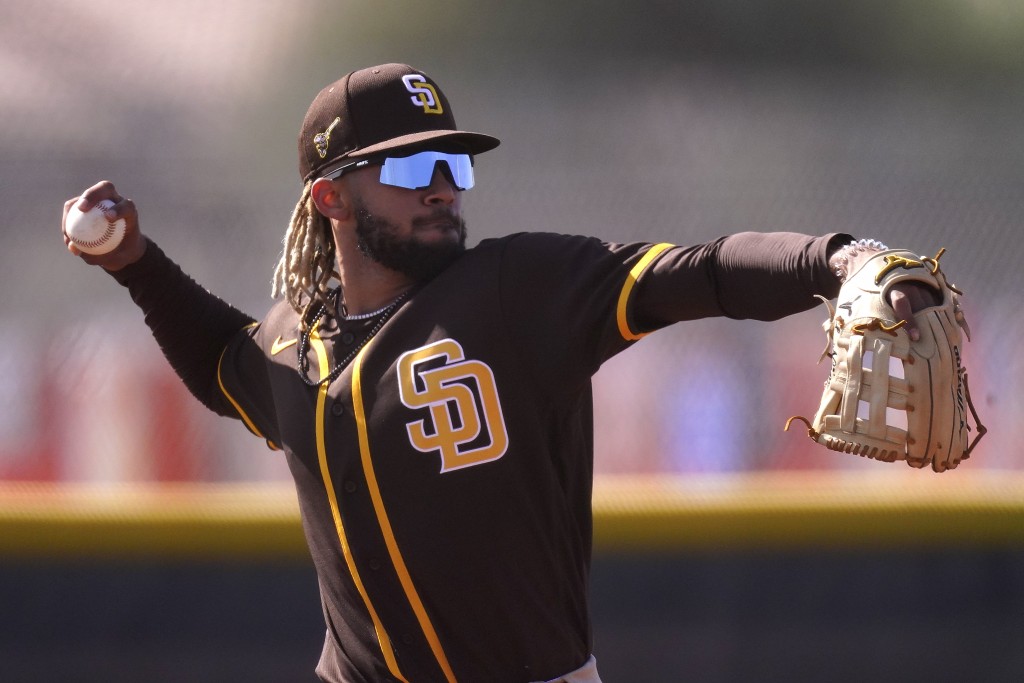 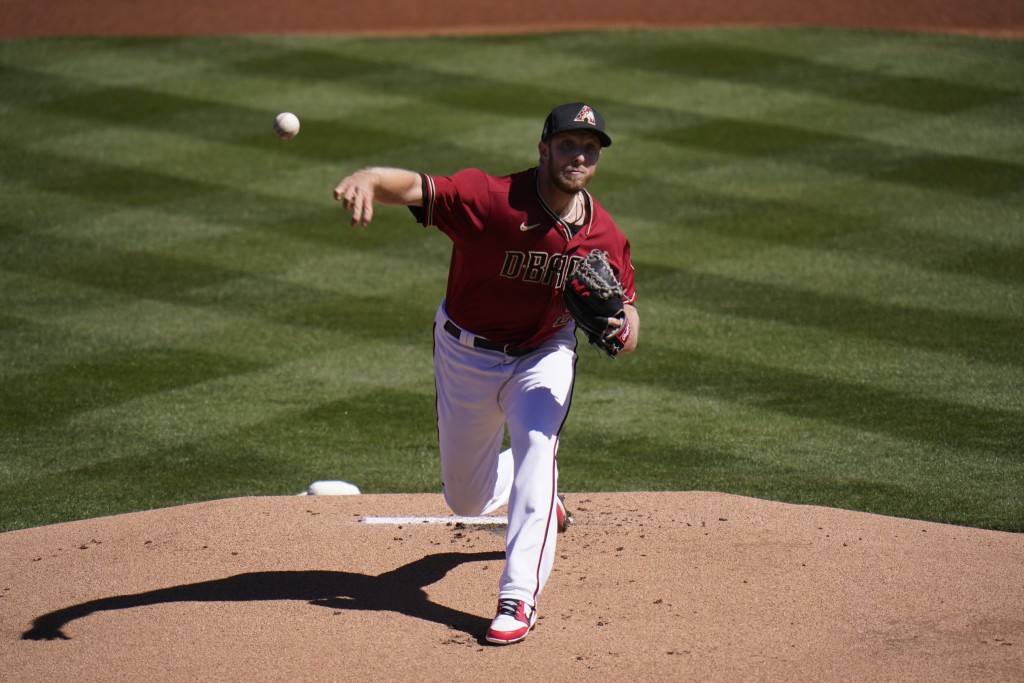 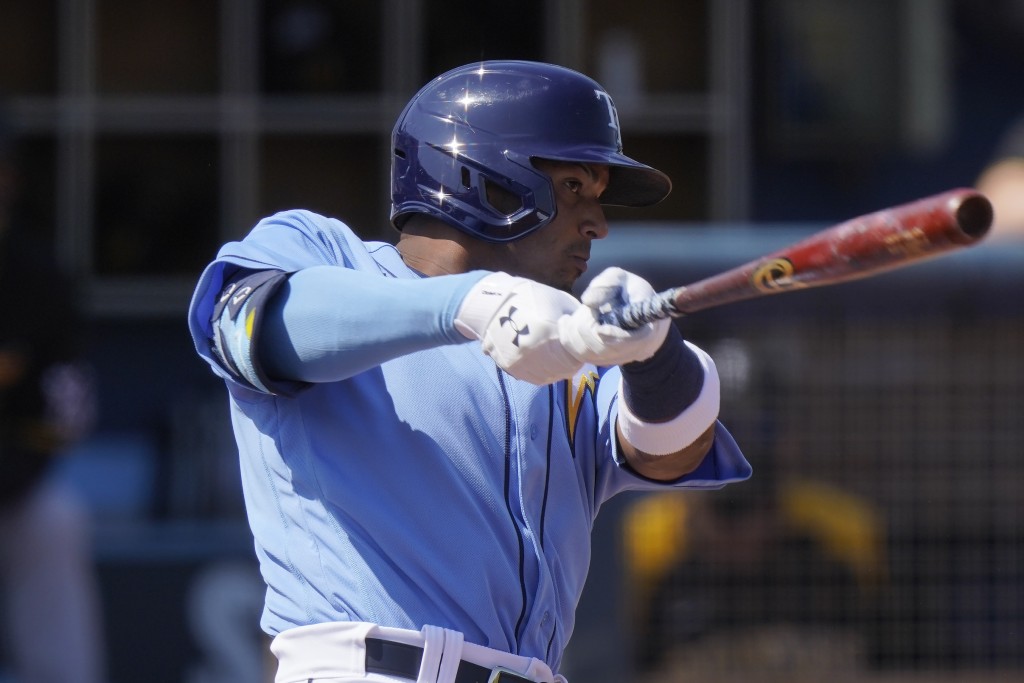 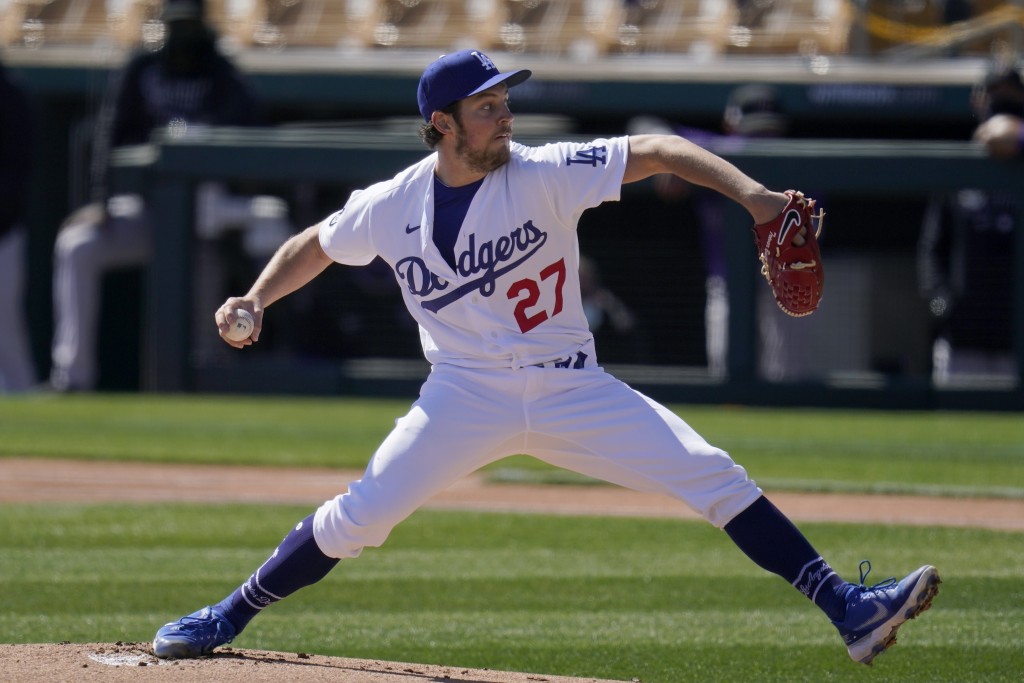 SCOTTSDALE, Ariz. (AP) — Diamondbacks left-hander Caleb Smith was reflecting on Tuesday's first spring training start when he talked about a valuable lesson he learned when facing the San Diego Padres.

“Don't throw Tatis a fastball,” he said with a chuckle.

Fernando Tatis hit grand slam deep over the left-center wall for his first homer. The 22-year-old hit the ball so hard that Arizona's outfielders barely moved and the ball landed among the fans sitting on blankets at Salt River Fields.

Tatis is among baseball's best young stars and finished fourth in the NL MVP voting during the pandemic-shortened 2020 season, when he hit .277 with 17 homers and 11 stolen bases.

The Padres beefed up their roster in the offseason, adding pitchers like Yu Darvish and Blake Snell to try and snap the Dodgers' streak of eight straight NL West titles. The lineup is expected to revolve around Tatis, who has a .301 average and and 39 homers over his first 143 big league games.

Here are a few other players who were impressive during the first week of exhibition action.

RHP Merrill Kelly, Diamondbacks: Kelly gave up two runs in two innings during his first outing but his stuff looked good, and five of the six outs he recorded were strikeouts. It was an encouraging sign for the 32-year-old, who looked like one of the better pitchers in the National League early in 2020 before a blood clot was found in his shoulder and his season ended. Kelly had thoracic outlet surgery to dissolve the clot and the procedure involved the removal of a rib.

1B/3B Bobby Dalbec, Red Sox: The 25-year-old corner infielder has three homers in his first nine spring at-bats, which has raised expectations even more for his 2021 season. The 6-foot-4, 227-pounder had an impressive debut for the disappointing Red Sox in 2020, batting .263 with eight homers in just 80 at-bats.

C Gary Sanchez, Yankees. The 28-year-old is trying to bounce back from a miserable 2020 season when he batted just .147 with a .253 on-base percentage. He hit two homers in his first five at-bats, raising hopes that the two-time All-Star will return to his 2019 form when he hit a career-high 34 homers.

3B Ke'Bryan Hayes, Pirates. The Pittsburgh prospect was excellent in his first big league action last season, batting .376 with five homers in 85 at-bats. Now the Pirates are hopeful he can be one of the cornerstones of this season's lineup. He's off to a good start in spring training this week with three hits, including two doubles, in his first seven at-bats.

RHP Trevor Bauer, Dodgers. The reigning NL Cy Young Award winner for the Cincinnati Reds joined the Dodgers during the offseason, making the defending World Series champions even more formidable heading into 2021. In his first outing for L.A., he struck out two batters over two scoreless innings and gave up just one hit.

SS Wander Franco, Rays. A consensus No. 1 prospect is still just 20 years old but launched his first spring training homer on Wednesday. It remains to be seen when he'll actually make his big league debut but there's little doubt the Rays could have a special player.