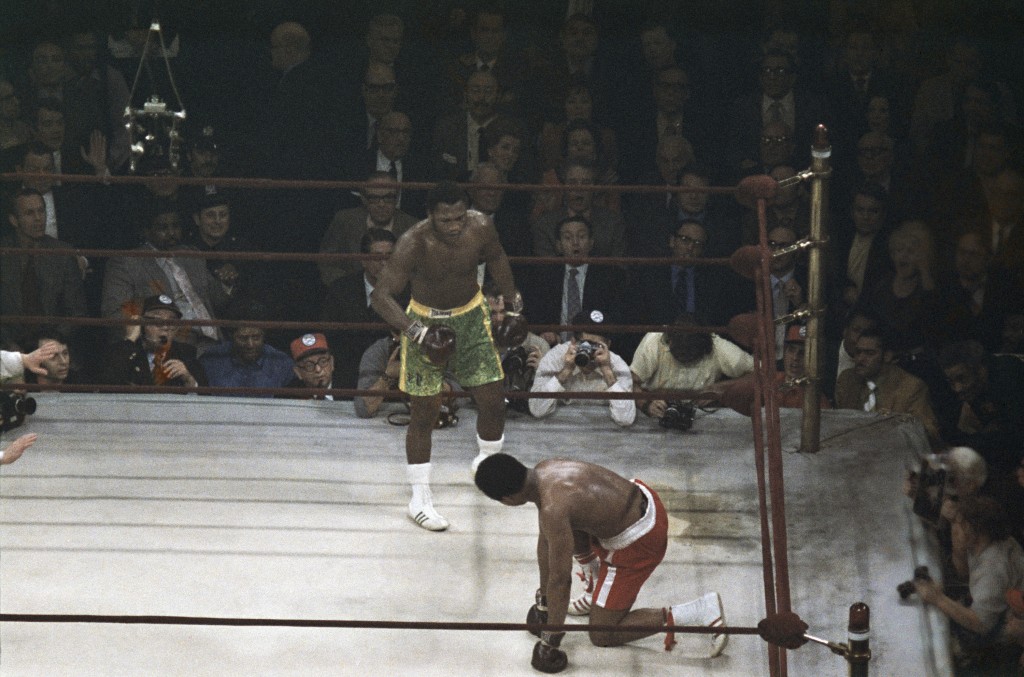 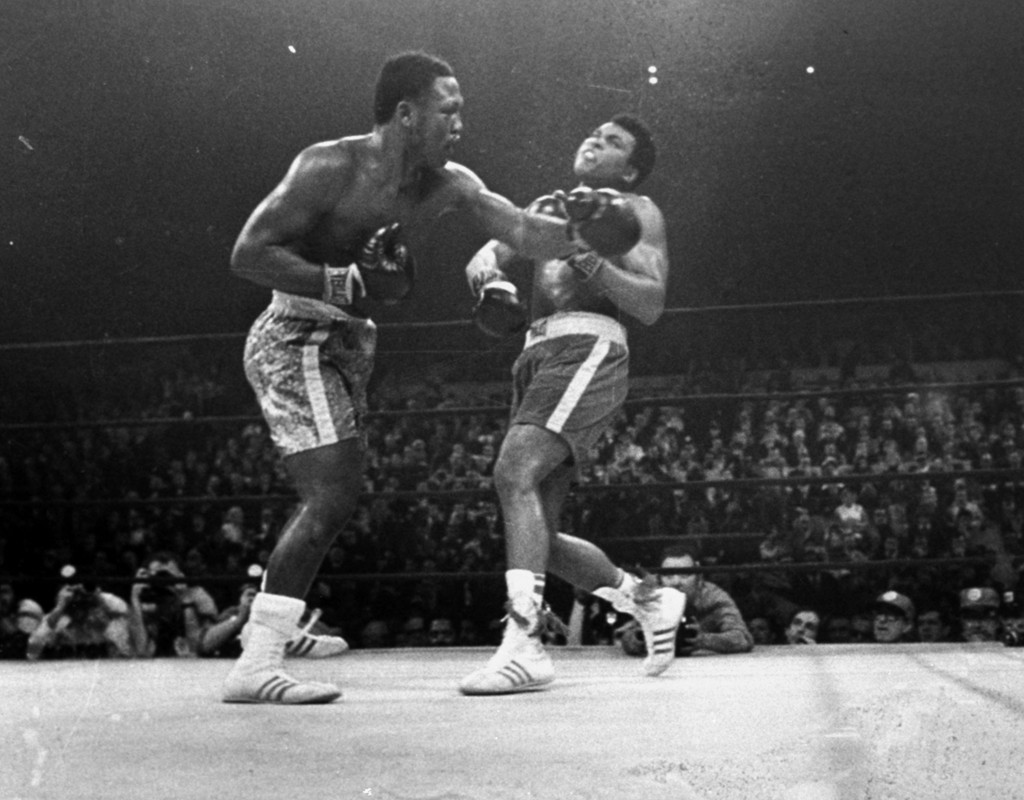 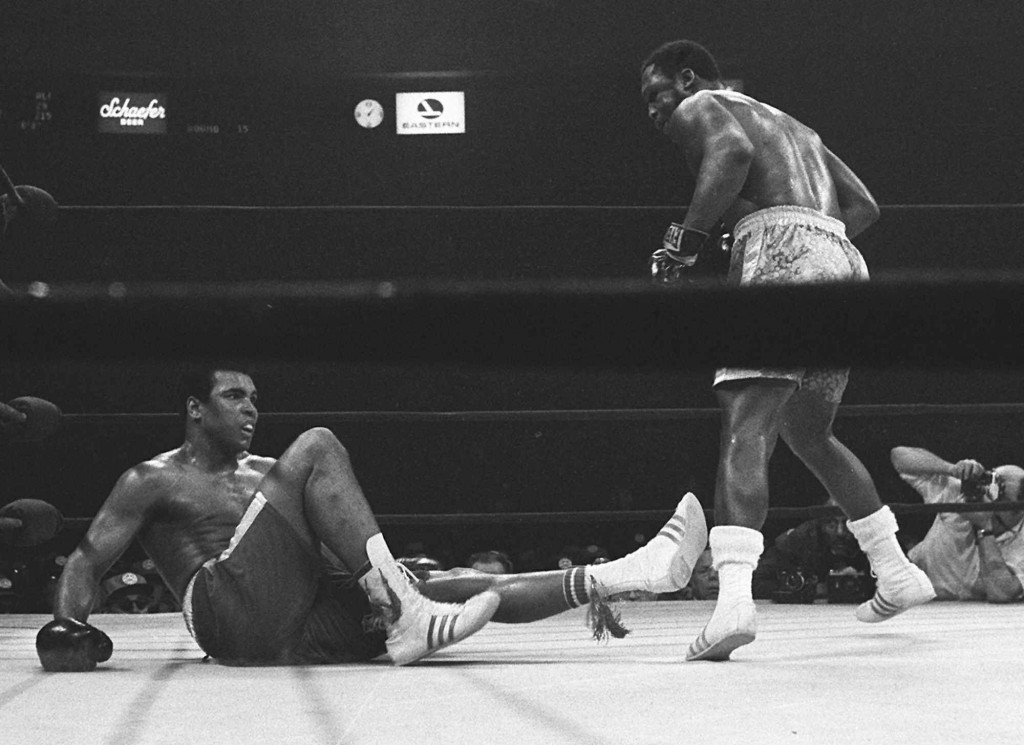 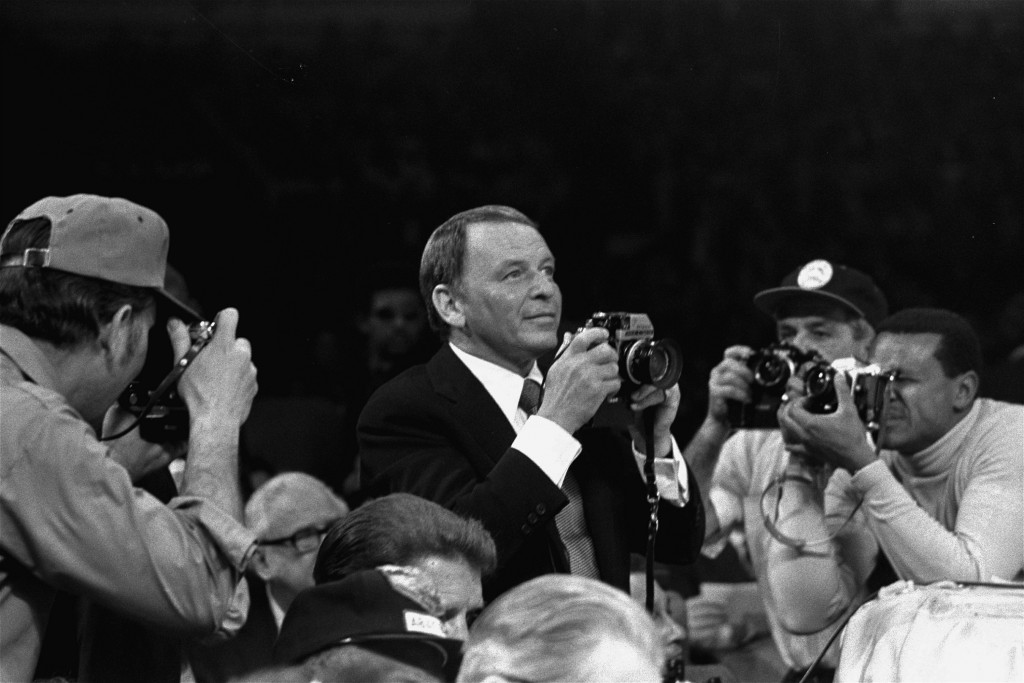 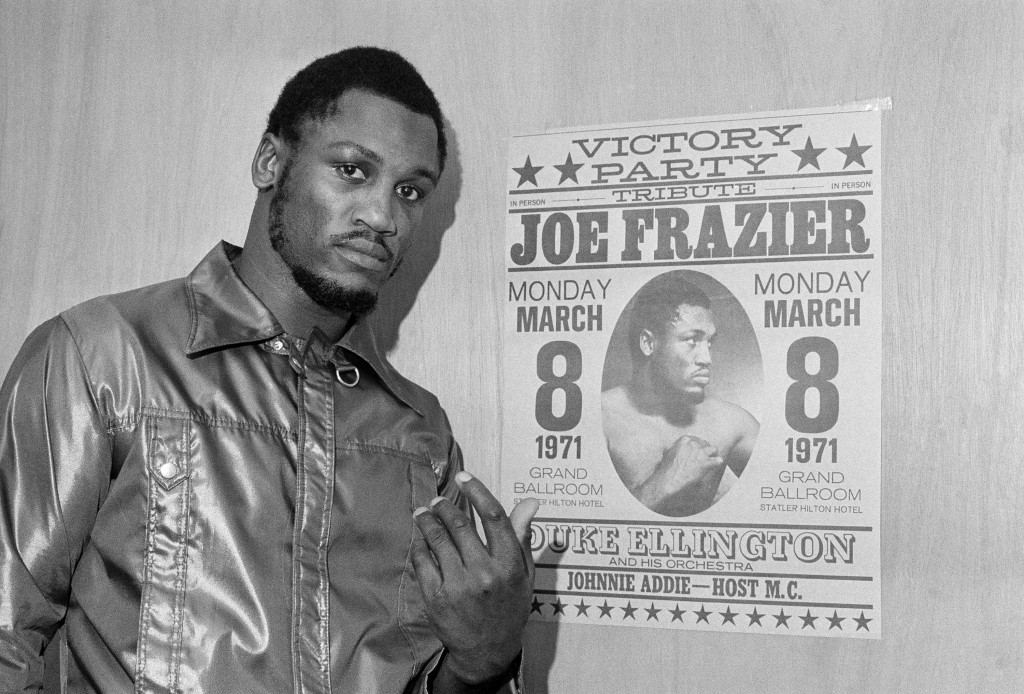 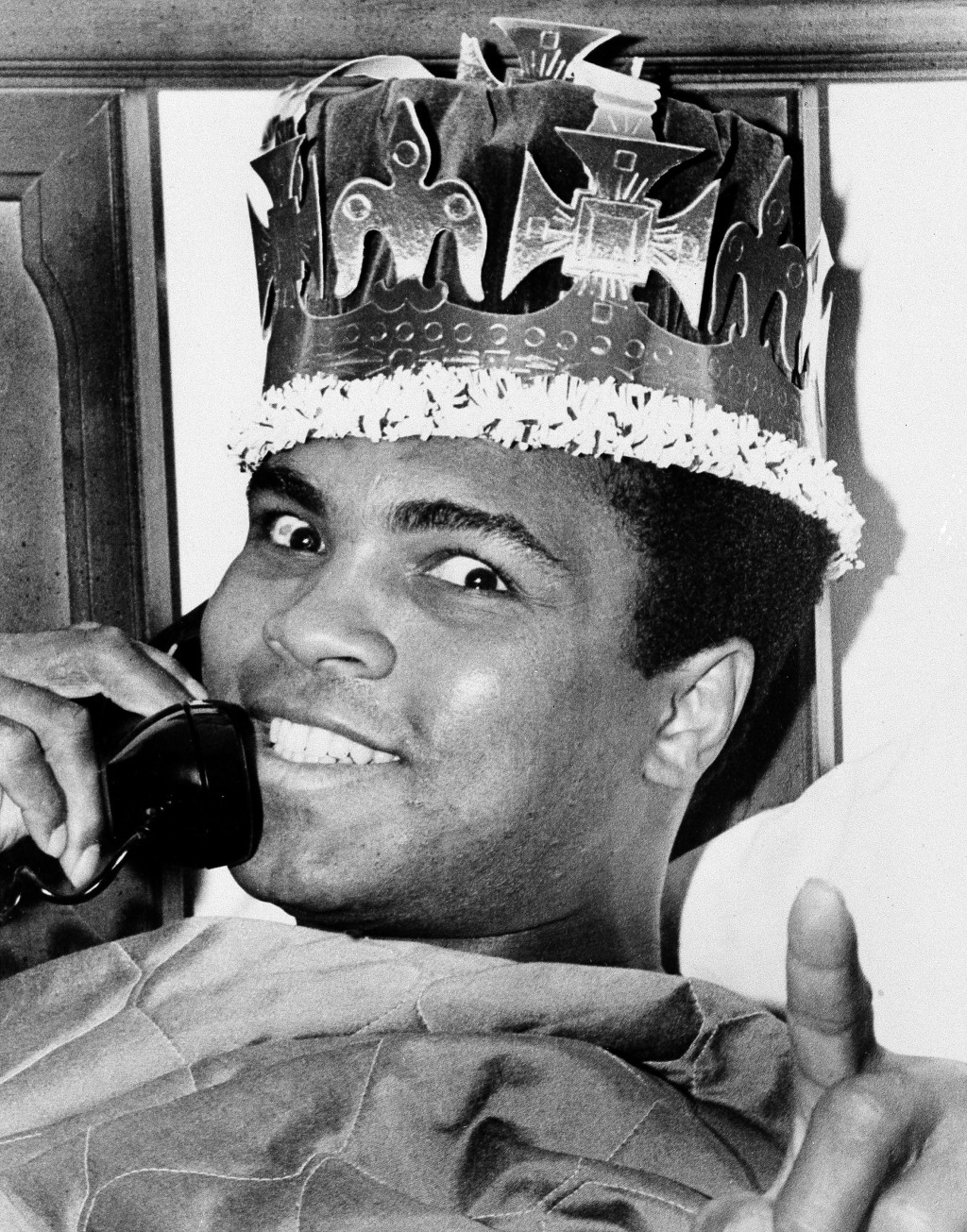 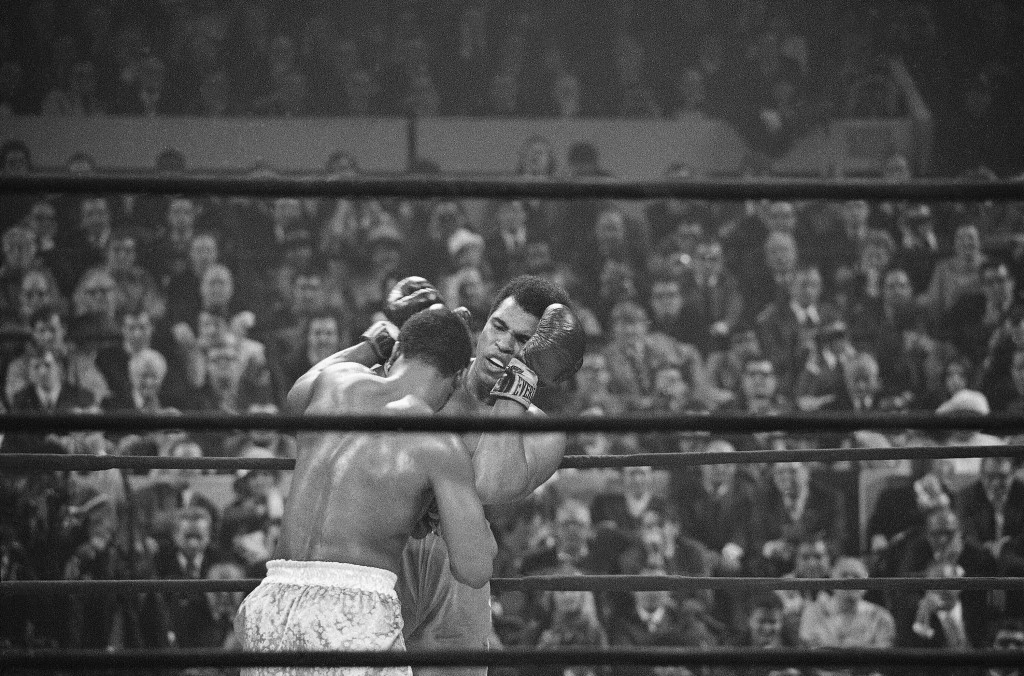 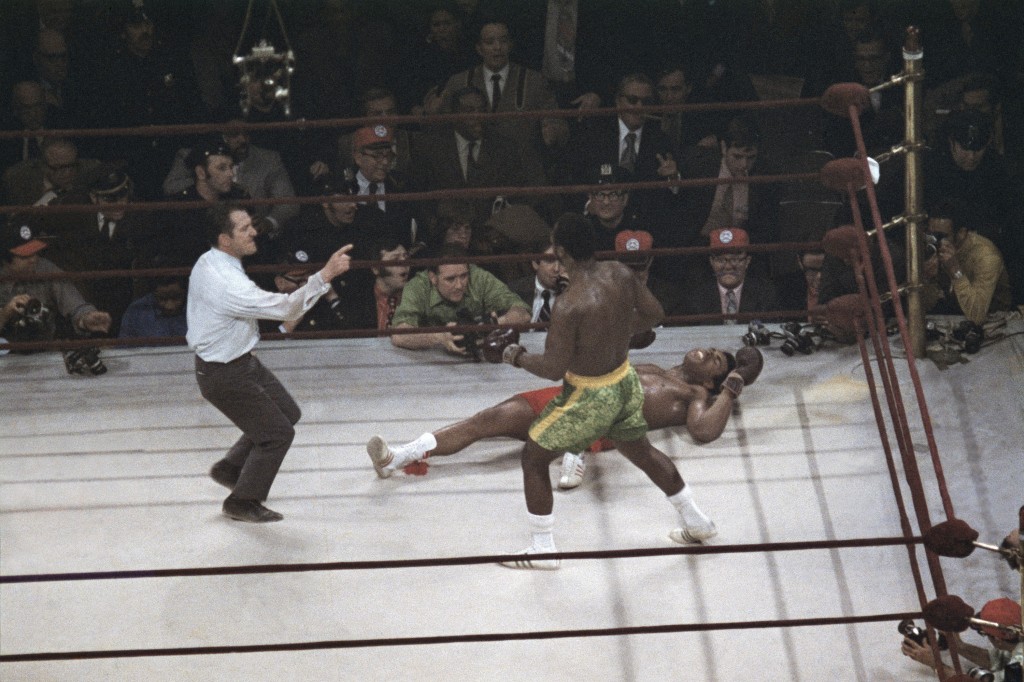 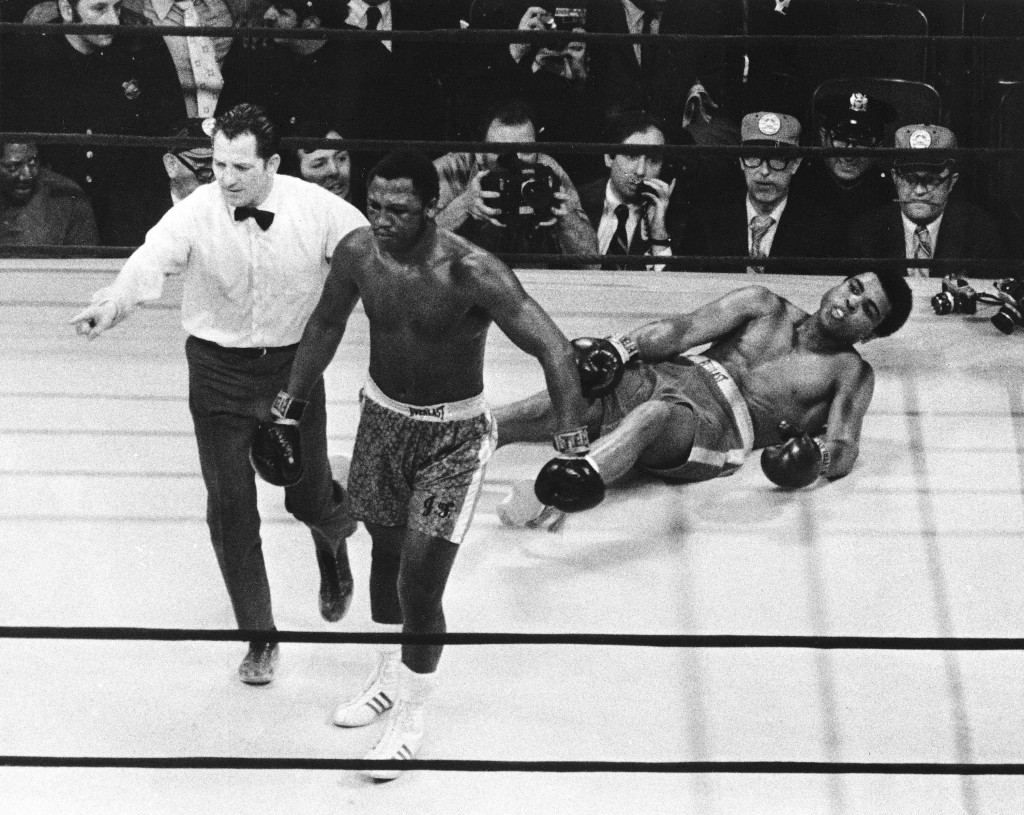 The money was huge — a cool $2.5 million apiece — and so was the stage for Muhammad Ali and Joe Frazier. Their first fight at Madison Square Garden was so epic it was billed as the Fight of the Century, and 50 years later it reigns undefeated.

Frazier was the unbeaten heavyweight champion, a short cannonball of a fighter with a left hook that could knock out an elephant. Ali was, well, Ali even if Frazier insisted on calling him (Cassius) Clay as he fought his way back into condition after being banned from boxing for more than three years for refusing the Vietnam draft.

The stars and the star struck came in their finest to watch on a Monday night in Manhattan. It was March 8, 1971 and those crowding their way into the Garden were attired in the fashion of the day, which included full length fur coats, velvet pants and peacock feathered hats — and that was just the men. There were also plenty of fashionably attired women in miniskirts or long flowing gowns, with enough skin and hair on both sexes to make the crowd watching as good as the fight.

At ringside, Frank Sinatra had a camera in his hand, chronicling the scene for Life Magazine. There were Kennedys in the building, along with celebrities of the day like Diana Ross and Woody Allen. The moonwalkers from Apollo 14 were on hand, too, still bearded from their trip to space.

“Anybody who was anybody was there,’’ said Gene Kilroy, who was Ali’s longtime business manager. ”If you weren’t there, you weren’t anybody.’’

Frazier was a relentless puncher filled with rage toward a fighter who couldn’t help but belittle him. Ali was a bit rusty in just his third fight into a comeback, but he was already The Greatest — and his fans couldn’t imagine him losing for the first time in his career, to Frazier or anyone else.

Before the fight they traded taunts and insults that went beyond the usual fight promotion, a match that Ali won easily as usual. Ali had no shortage of things to say about his rival, who he said was so ugly ``his face should be donated to the bureau of wildlife.”

“Joe Frazier will be a punching bag,’’ Ali said on the eve of the fight. ”Frazier don’t even look like a heavyweight champion — too short.’’

Frazier was a slight 6-5 favorite in a fight that captivated both the nation and the world. Not only were the fighters making money that seemed insane at the time, but the fight itself was expected to bring in anywhere from $20 million to $30 million once all the proceeds were tallied.

It played at 370 closed circuit locations across the nation, including an outdoor show at the sparkling new Three Rivers Stadium in Pittsburgh, where fans sat in 17-degree temperatures to watch on a floppy screen set up in the infield. Fire hoses were turned on a crowd at Chicago’s International Amphitheater where 1,000 fans grew unruly when they were turned away from the sold-out theater, while in Duluth, Minnesota people had to be content to listen to the fight because there was no picture.

Seats at ringside were a staggering $150, though the upper reaches of the Garden could be had for $20. There were reports that ticket scalpers were getting up to $700, and business was brisk.

It wasn’t just a fight, but a political and sociological litmus test. Ali was adored by many but despised by many more for his mouth, his refusal to be inducted in the Army, and his Muslim religion. Frazier was his foil, a working man’s heavyweight labeled an ``Uncle Tom’’ by Ali because so many white Americans were on his side, cheering for him to win.

Meanwhile, about 10 American troops were still dying every day in Vietnam. The next month, some 200,000 people marched peacefully to the Capitol in Washington D.C. to protest a war that seemed to have no end. And, with a long, hot summer looming, occasional race riots continued to break out across a polarized country.

“It went beyond boxing,’’ said Ed Schuyler Jr., who was at ringside covering the fight for The Associated Press. ”It had a mixture of religion, patriotism and, of course, racism. All those things figured into it.’’

They fought for 15 rounds, furiously at times, with Frazier moving forward in a crouch throwing big left hooks while Ali shot out fast jabs and right hands to counter him coming in. But Ali’s legs weren’t what they were before his layoff and he often had to stand his ground and fight when he previously was at his best sticking and moving.

The two talked as well as they fought, trading taunts with left hooks and right hands. At one point referee Arthur Mercante warned them to stop talking so much, though neither listened.

Ali won some early rounds with jabs and right hands that spun Frazier’s head around. His punches were sharp even if he was a half-step slower, and he had no trouble finding the smaller target in front of him. But Frazier kept pressing ahead, and the left hook began landing more regularly, especially in the the 11th when Ali was knocked backward with one and took a beating the rest of the round.

Still, Ali had won the 14th round and seemed to be rallying when Frazier suddenly unleashed his best left hook in a night filled with them. Shockingly, Ali was on the canvas. He managed somehow to get up and finish the round and the fight — but his fate that night had been decided.

Frazier would win a unanimous decision mostly because he simply refused to lose.

“Nobody would have beaten Joe Frazier that night,’’ Kilroy said. ”Joe was in the zone. He said `I’m tired of him, my kids go to school and they’re saying your dad’s a gorilla.’ Ali would say that `Joe knows I’m just promoting the fight.' I told Ali, `No, he’s taking it seriously.' Because deep down Joe hated Ali.’’

But while Frazier left the ring as the undisputed heavyweight champion, Ali emerged a winner, too. He had fought magnificently and there was no shame in losing the way he did.

“They wanted a crucifixion, but if they think that is what they got they are bad judges of the genre,’’ the late Hugh McIlvanney wrote the next day in the Guardian. ”The big man came out bigger than he went in.’’

The next day Ali met the press, speaking softly through his swollen jaw while lying on his bed at the Hotel New Yorker.

“It’s a good feeling to lose,’’ Ali said. ”The people who follow you are going to lose, too. You got to set an example of how to lose. This way they can see how I lose. It’ll be old news a week from now. Plane crashes, a president assassinated, a civil rights leader assassinated, people forget in two weeks. Old news.’’

When done, Ali and Kilroy got into a new RV Ali had bought and Kilroy drove the former champion to his home in Cherry Hill, New Jersey. As they arrived, neighbors gathered to cheer Ali, who invited them all inside.

Ali would go on to reclaim his title two more times, including his knockout of George Foreman three years later in the iconic Rumble in the Jungle in Zaire that may have been his greatest fight. And he and Frazier would go on to make their rivalry a trilogy, meeting two more times, with Ali taking both fights. The third fight was the infamous Thrilla In Manila, which Ali said was the nearest thing to death he ever experienced — and a fight neither man ever fully recovered from.

"This was all part of the Ali legend of which much more would be added. There would be Manila, Zaire, winning back the title from (Leon) Spinks, that all added to the legend,’’ Schuyler said. ``But for Joe, this was it. Joe would have been better off retiring after this. He was knocked out twice by Foreman, lost twice to Ali. Even when Joe won he remained in Muhammad Ali’s shadow. There was nothing he could do about it.’’

Frazier died at the age of 67 in 2011, strapped for cash and still bitter about his treatment by Ali. Ali spent a good portion of his later life with his voice muted by Parkinson’s brought on by the punches he took to the head. He died in 2016.

A half century later they're gone. But their epic fight still lives on.

Tim Dahlberg is a national sports columnist for The Associated Press. Write him at tdahlberg@ap.org or http://twitter.com/timdahlberg