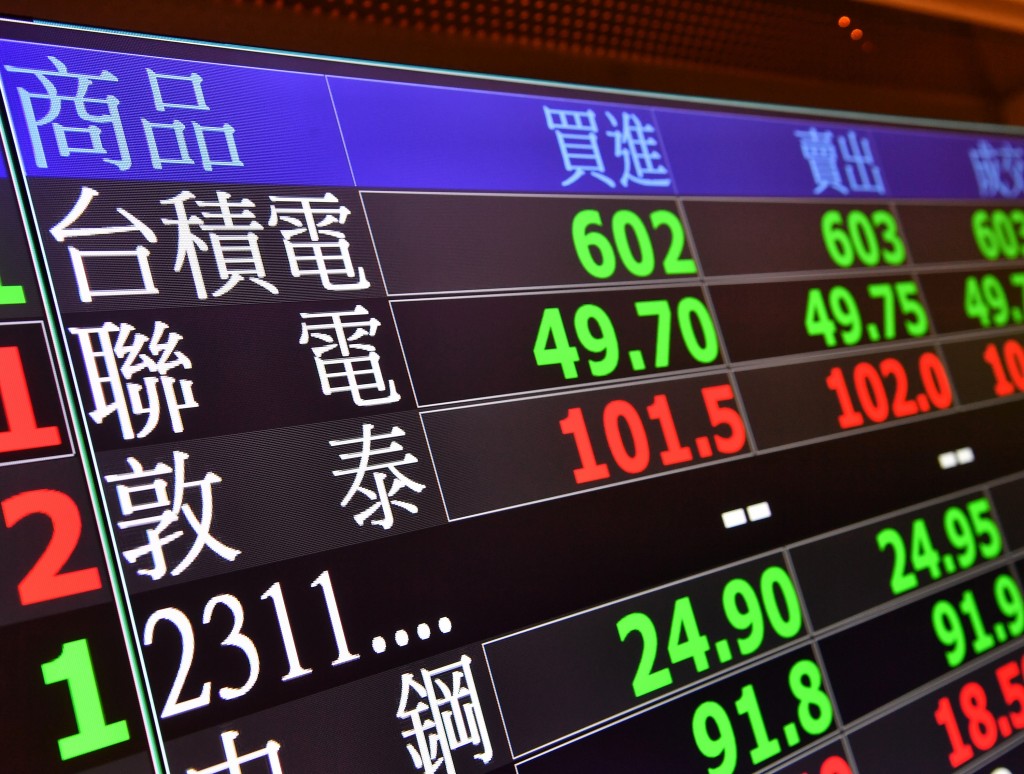 Shares in Taiwan plunged 1.88 percent to close below 16,000 points on Thursday following an overnight dive in the tech-heavy Nasdaq index and the Philadelphia Semiconductor Index in the United States.

Also in the electronics sector, Largan Precision Co., a supplier of smartphone camera lenses to Apple Inc., lost 1.89 percent to close at NT$3,375.00.

Bucking the downward trend, almost all stocks in the pulp and paper industry closed higher, with YFY Inc. climbing 3.04 percent to end at NT$28.85.

Although a recent rise in U.S. 10-year government-bond yields has been prompting U.S. investors to lock in profits on some high-flying tech stocks due to concerns over heightened valuations, bringing the TAIEX lower, the performance of Taiwan's stock market was still strong compared with other markets, said Mega International Investment Services Corp. analyst Alex Huang (黃國偉).

The TAIEX is likely to hover between the quarterly moving average of 15,170 and the monthly moving average of 15,951, according to Huang.
Jeff Chang (張錫), chairman of the Securities Investment Trust and Consulting Association of the ROC, said that now is a good time to buy stocks following the recent pullbacks.

For instance, TSMC has dropped close to the NT$600 mark, a near- term support level that provides an entry point for investors, Chang said, adding that it is reasonable to predict that the shares will jump to NT$700-NT$750.

Given the robust fundamentals of Taiwan's stock market and abundant liquidity, the TAIEX is expected to surge to 17,000-18,000 points, Chang added.
According to the Taiwan Stock Exchange, foreign institutional investors sold a net NT$52.52 billion-worth of shares on the main board Thursday.