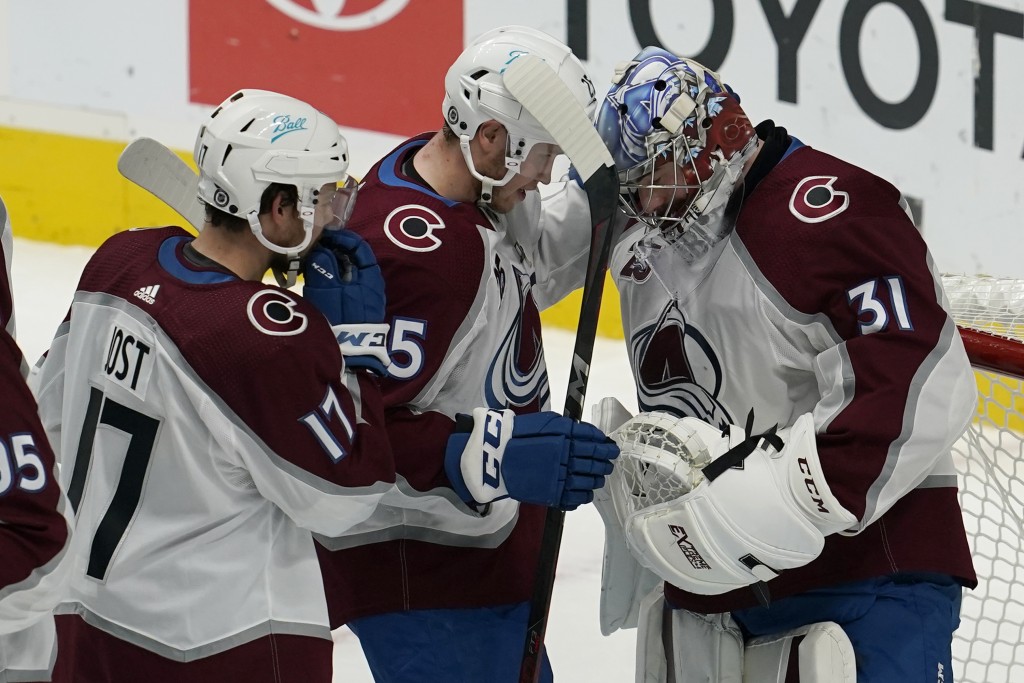 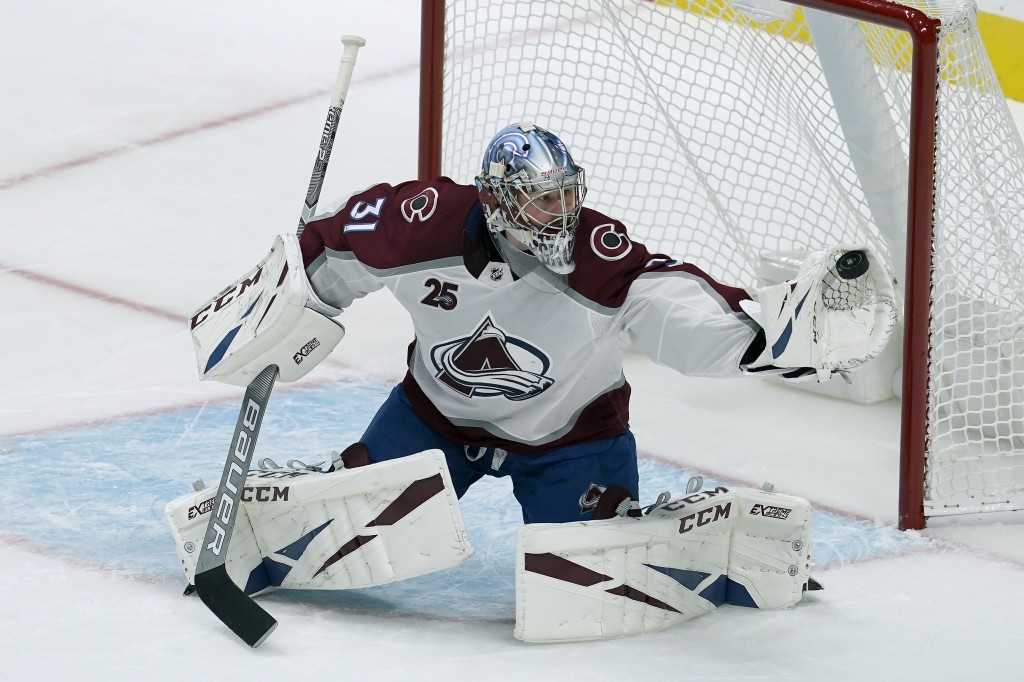 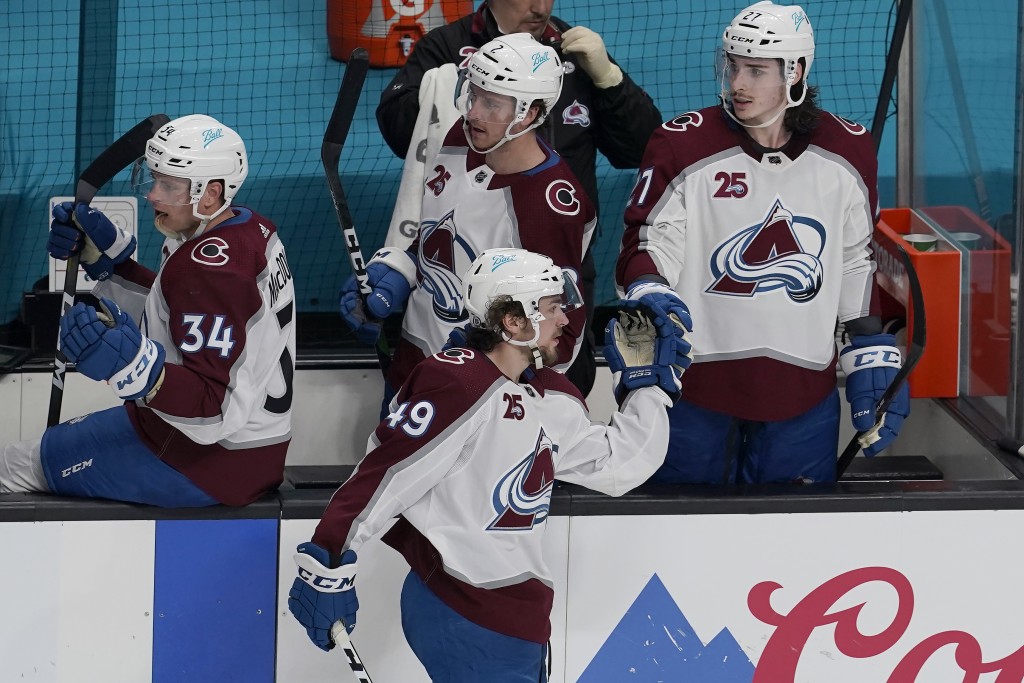 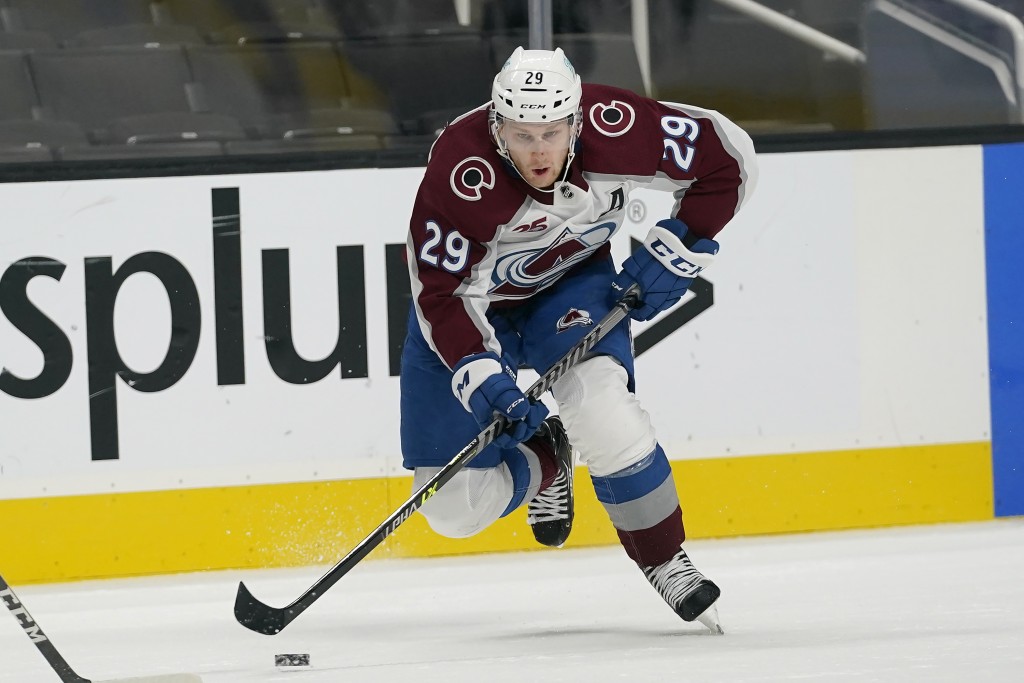 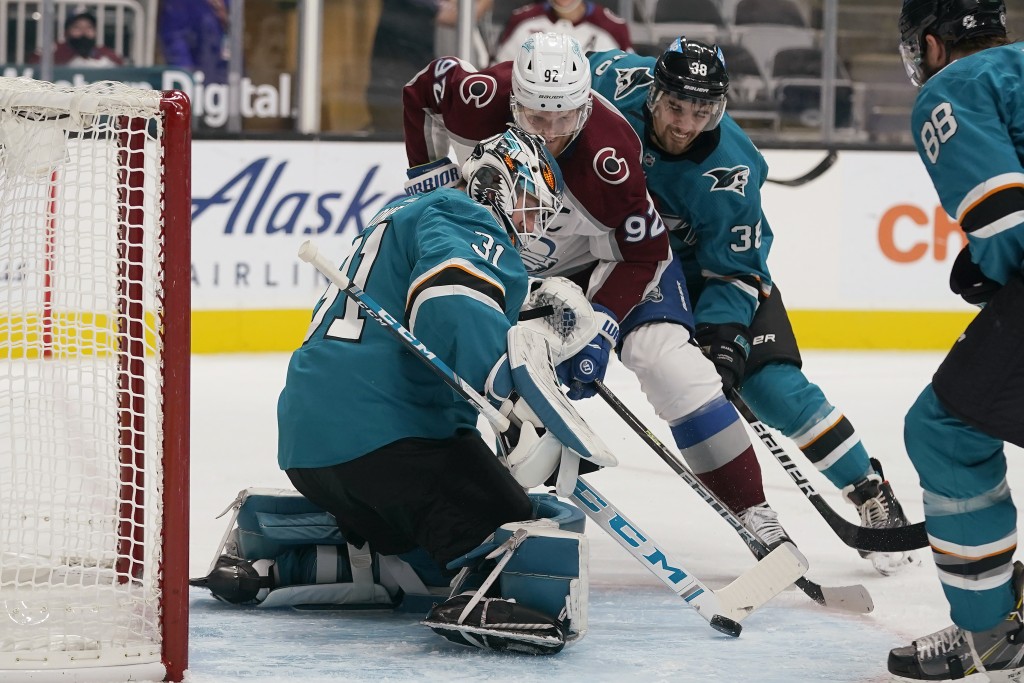 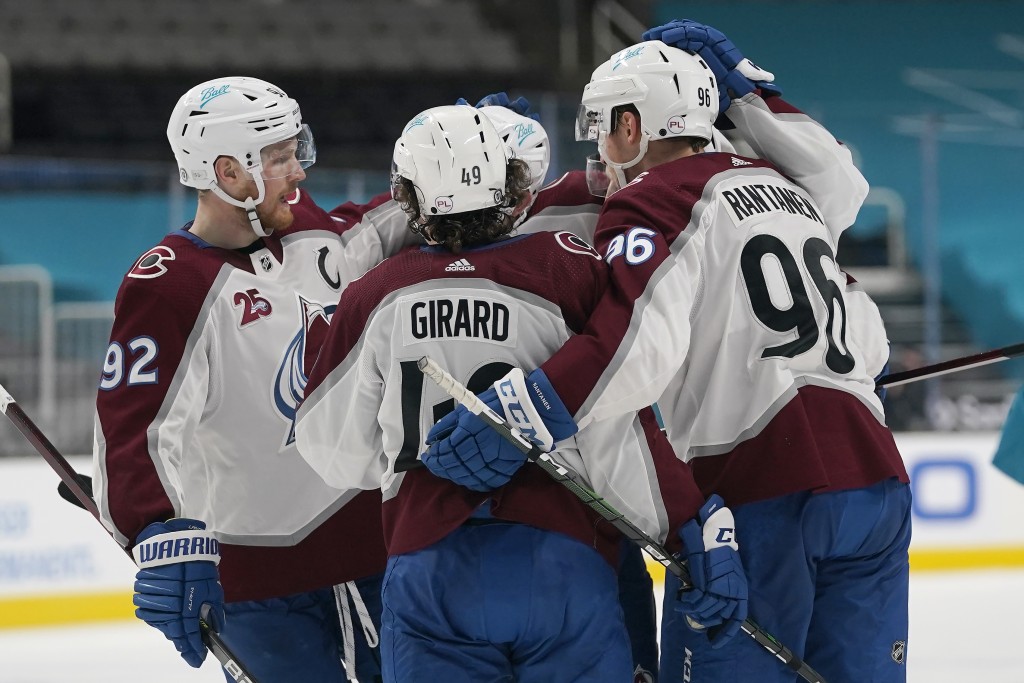 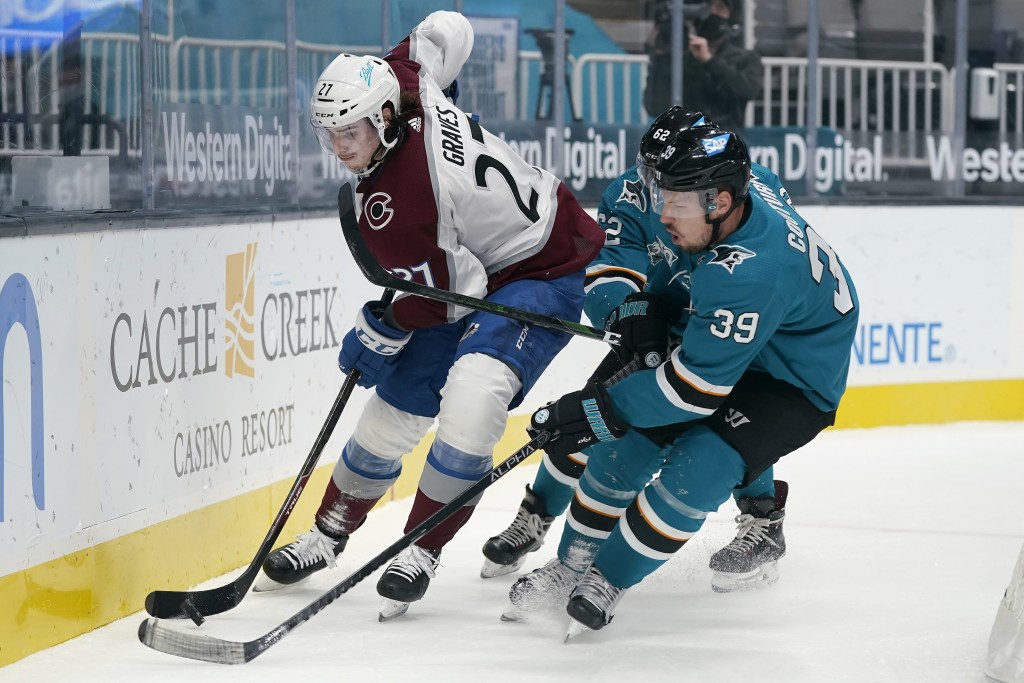 Philipp Grubauer made 26 saves for his 14th career shutout and the Avalanche got payback for a 6-2 loss Monday night in San Jose.

Gabriel Landeskog added a goal and three assists for Colorado, which went 3-1 on its road trip and pulled into a three-way tie for third place in the West Division with Arizona and Minnesota.

Martin Jones stopped 34 shots for San Jose and was particularly sharp in the first two periods, giving up just one goal. But the Avalanche turned up the pressure with three goals in the third to break it open.

Rantanen snapped a scoreless tie with 5:36 left in the second, when he took a pass from Nathan MacKinnon and whipped a one-timer past Jones just inside the right post.

Samuel Girard gave Colorado breathing room roughly six minutes into the third, firing a slap shot that beat Jones to the glove side and made it 2-0.

Joachim Blichfeld was given a match penalty after a vicious hit on MacKinnon eight minutes into the third, and Landeskog took advantage with a power-play goal shortly afterward.

Rantanen added his team-leading 10th goal to make it 4-0.

Sharks center Tomas Hertl has experienced symptoms since being sidelined with COVID-19, but coach Bob Boughner told reporters Hertl seems to be doing better. Hertl went on the COVID-19 list Feb. 24, and the earliest he could return is March 12 at Anaheim.

Colorado played without defensemen Cale Makar and Bo Byram, who both missed their second consecutive game with an upper-body injury. Makar is the more likely of the two to possibly return Friday against Anaheim.

Avalanche: Host the Anaheim Ducks on Friday to begin a nine-game homestand.

Sharks: Host the Vegas Golden Knights on Friday, the sixth game of an eight-game homestand.