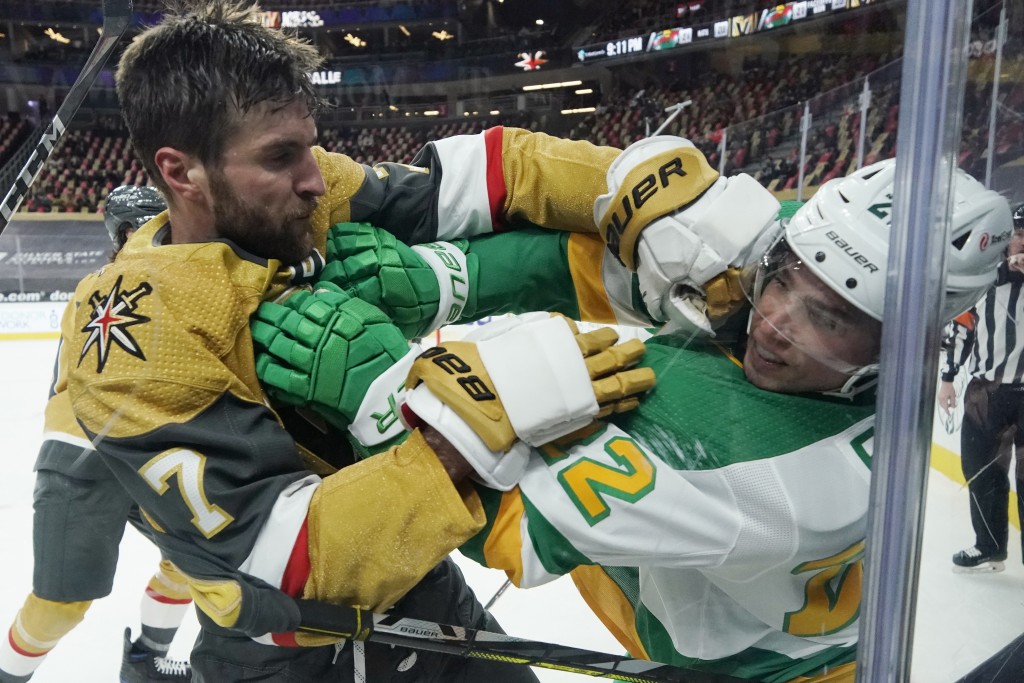 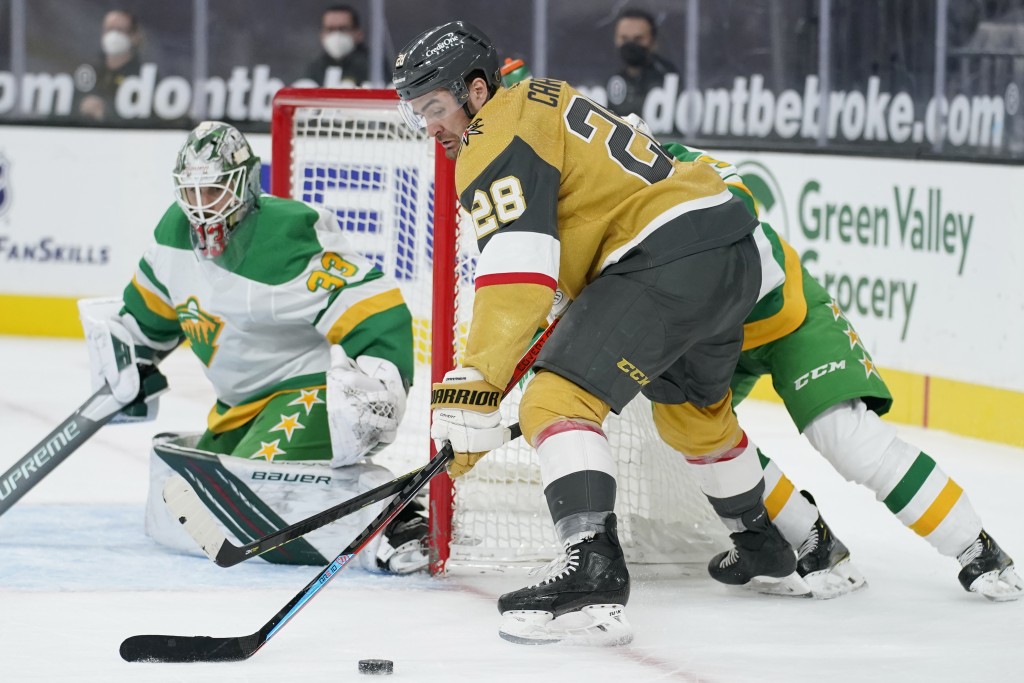 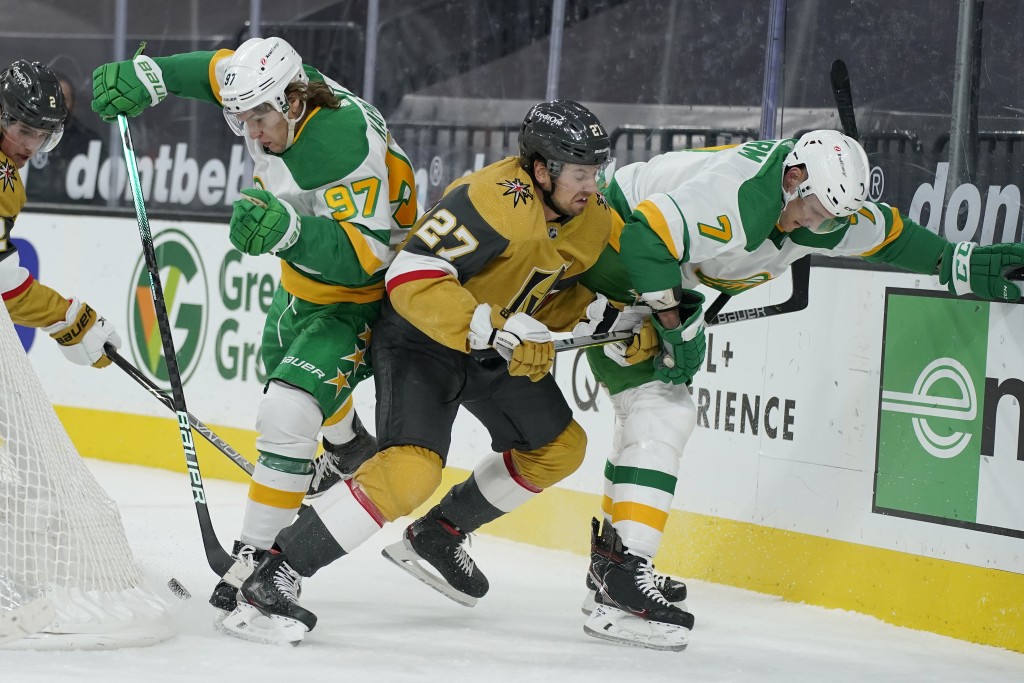 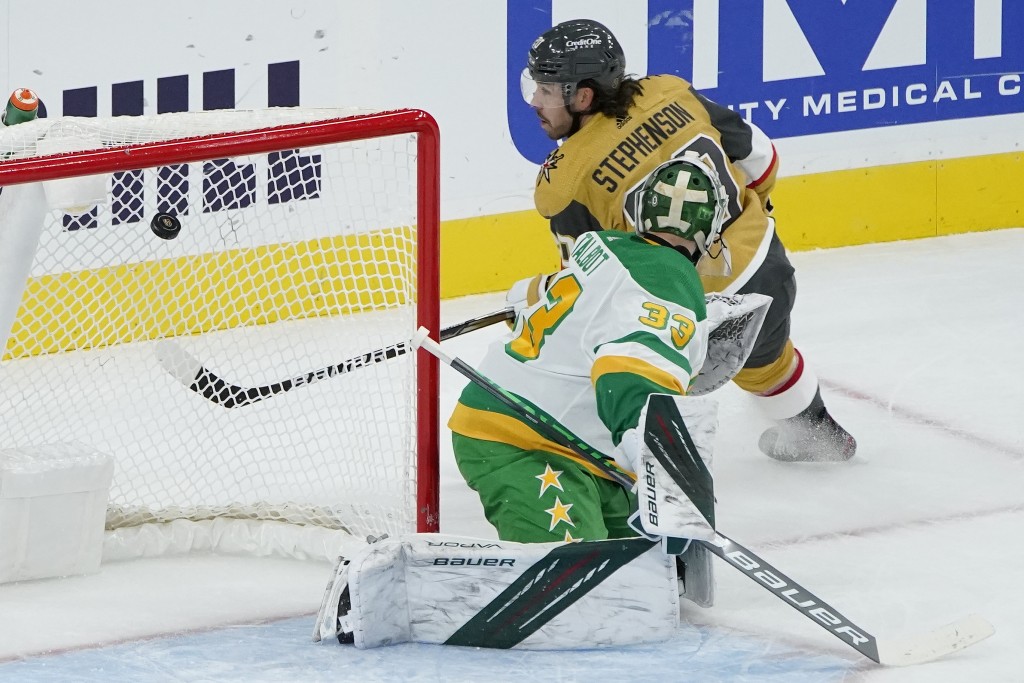 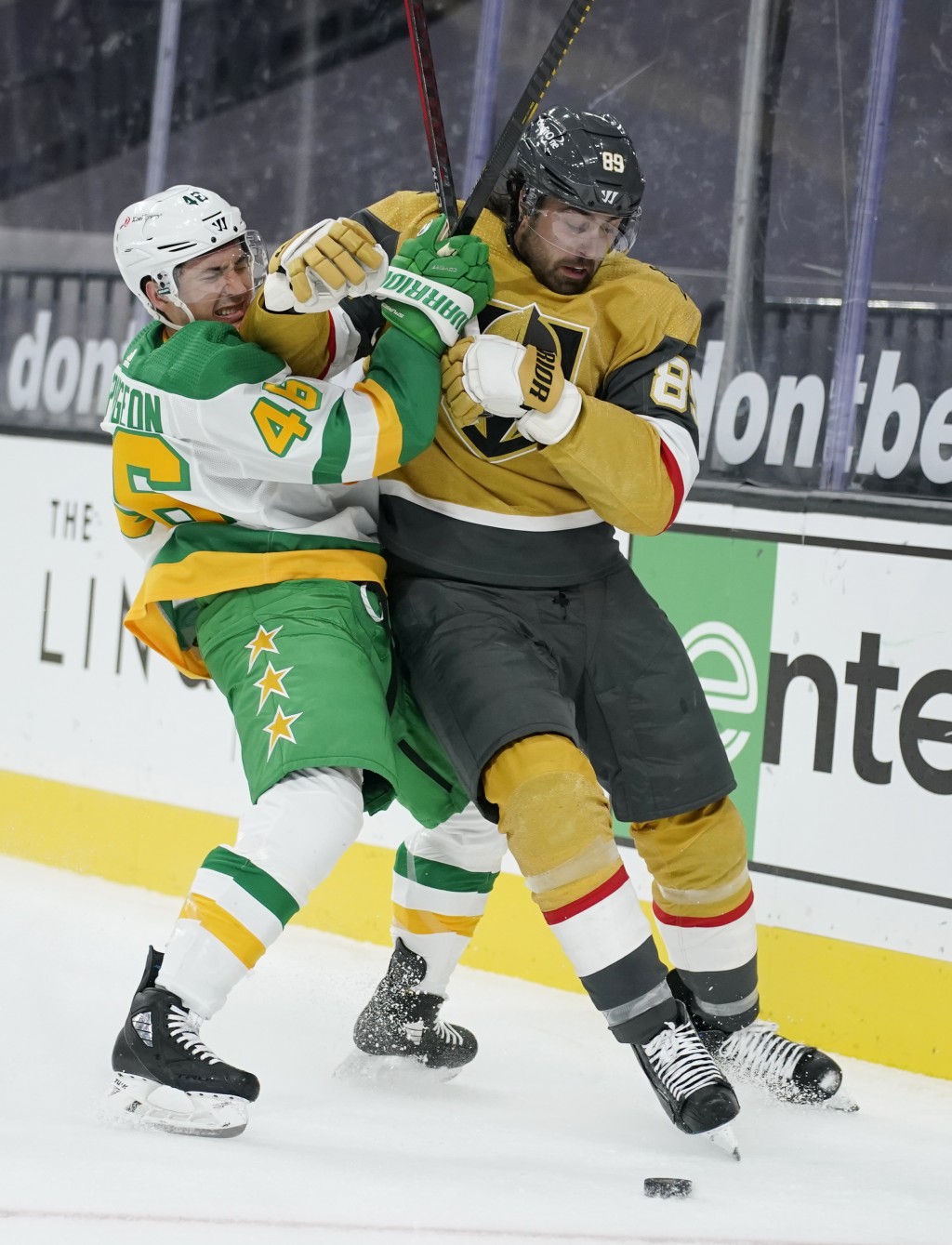 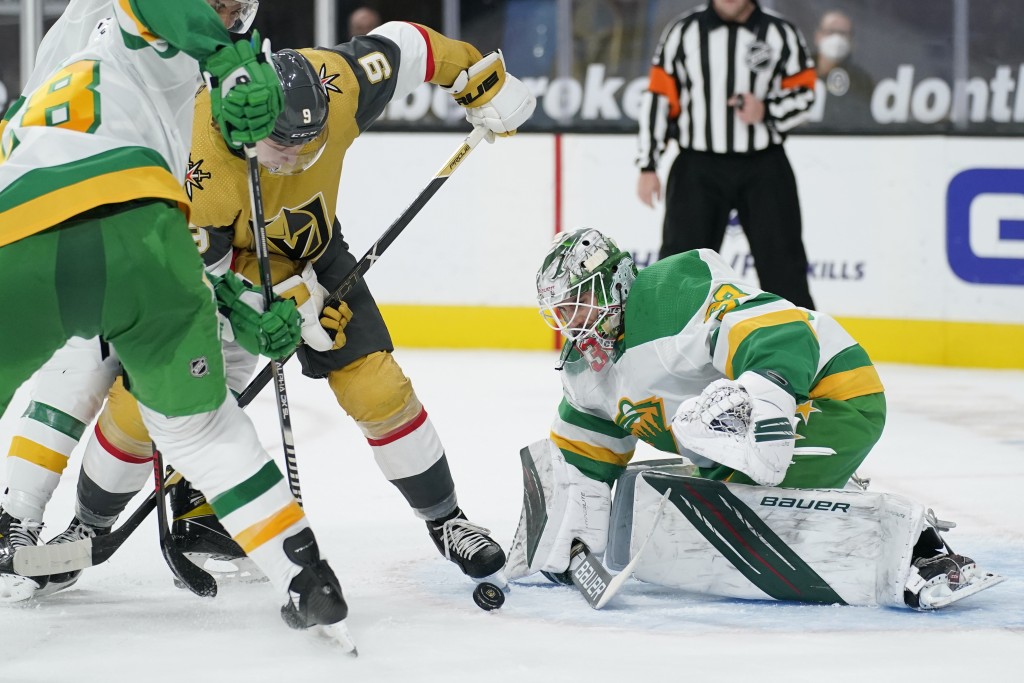 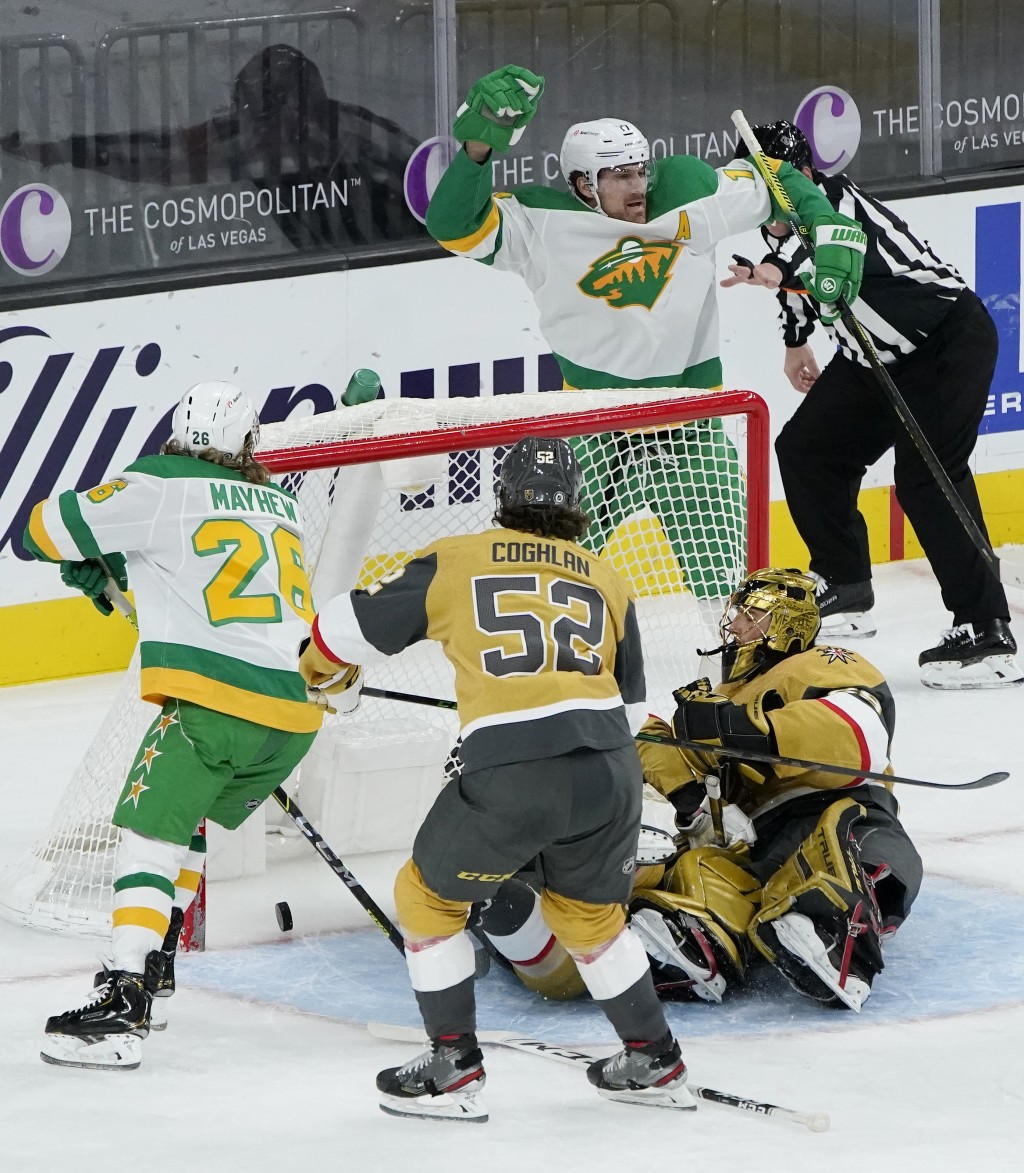 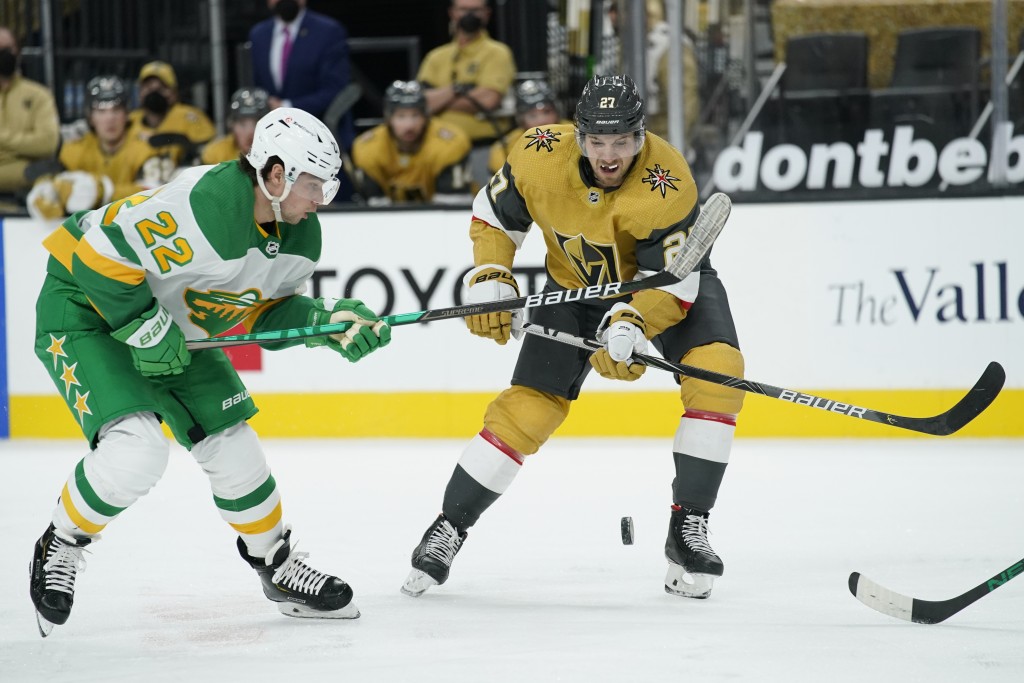 LAS VEGAS (AP) — Jonathan Marchessault goal in the second period was the winner, Marc-Andre Fleury made 36 saves and the Vegas Golden Knights beat the Minnesota Wild 5-1 on Wednesday night.

Vegas swept the two-game set against Minnesota and remained atop the West Division, one point ahead of the St. Louis Blues.

Fleury improved to 11-3-0. He has limited teams to two goals or fewer in 10 of his 14 appearances. His 11 wins rank third in the NHL, behind Tampa Bay’s Andrei Vasilevskiy and Toronto’s Frederik Andersen

Marcus Foligno scored for Minnesota, and Cam Talbot made 23 saves.

Vegas opened the scoring just a couple of minutes into the game when Cody Glass sent a backhand pass across the ice to Tuch, who buried his fifth goal in five games by beating Talbot over his glove with a wrist shot.

The Wild, who came into the game having outscored their opponents 22-10 in the first period this season, were shut out in the opening frame for the second straight game.

Seconds after failing to capitalize on their first power-play opportunity, and as Minnesota’s Ian Cole raced out of the penalty box and into Vegas’ offensive zone, Marchessault signaled to Tuch for the puck, gathered the pass, and beat Talbot with a high shot.

Fleury’s bid for his fourth shutout of the season ended when he couldn’t quite reach the puck as it crept under his pads after an initial save, and Foligno was there to punch it home. It was Foligno’s third goal in the two-game set, after scoring two Monday.

The Wild did everything possible offensively in the third period, outshooting the Golden Knight 14-3 through the first 11 minutes. But while Fleury continued to stymie Minnesota’s efforts, Stone continued his offensive tear.

After the Vegas captain had five primary assists on every goal in Monday’s win, Stone started a 2-on-1 rush with Stephenson, then finished it when he gathered the feed, waited for Talbot to over commit from the crease, and beat him to the far side, past his stick. Stone has 23 points (5 goals, 18 assists) through 19 games this season and is averaging 1.21 points, 14th-best in the NHL.

Stephenson finished the scoring, going to his backhand and scoring with a shot just under the crossbar to put the game out of reach.

Minnesota opens a two-game set at Arizona on Friday.

Vegas opens a six-game trip in San Jose on Friday.