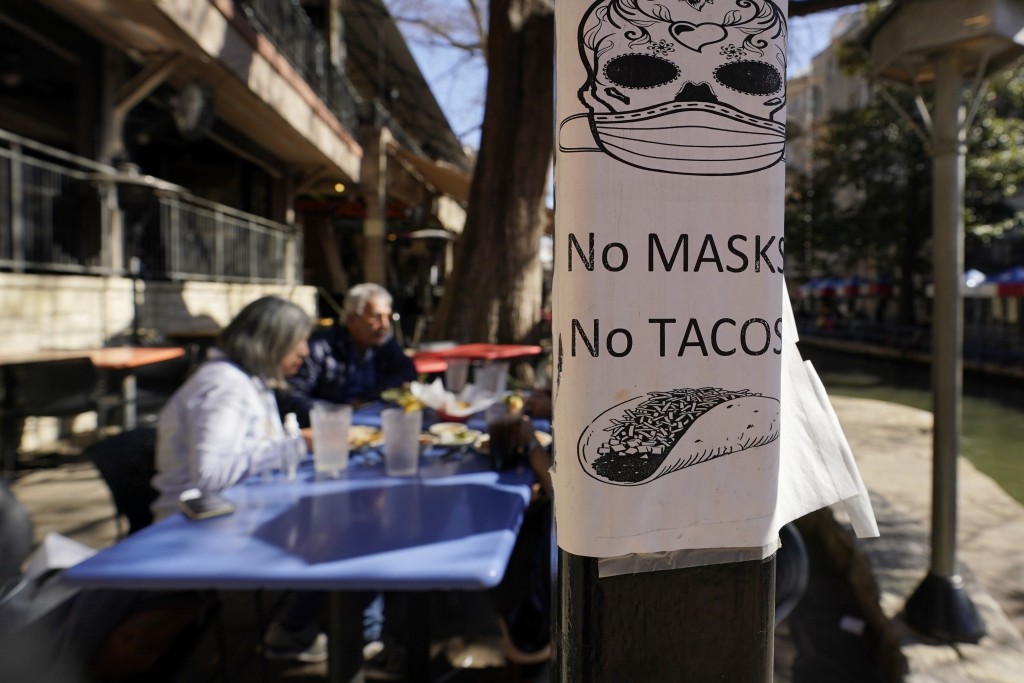 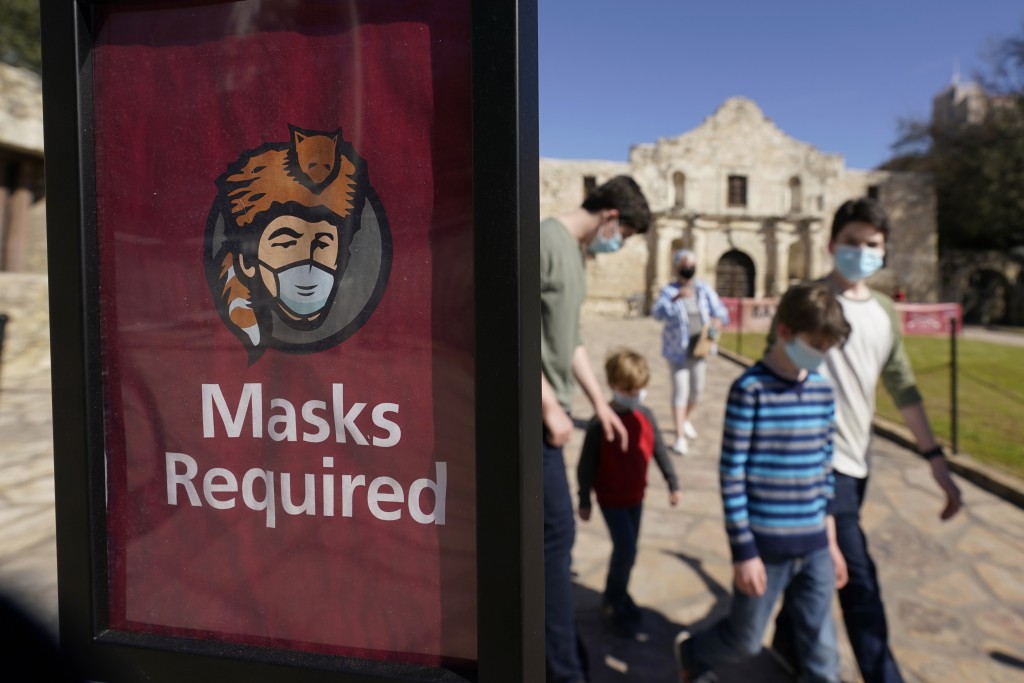 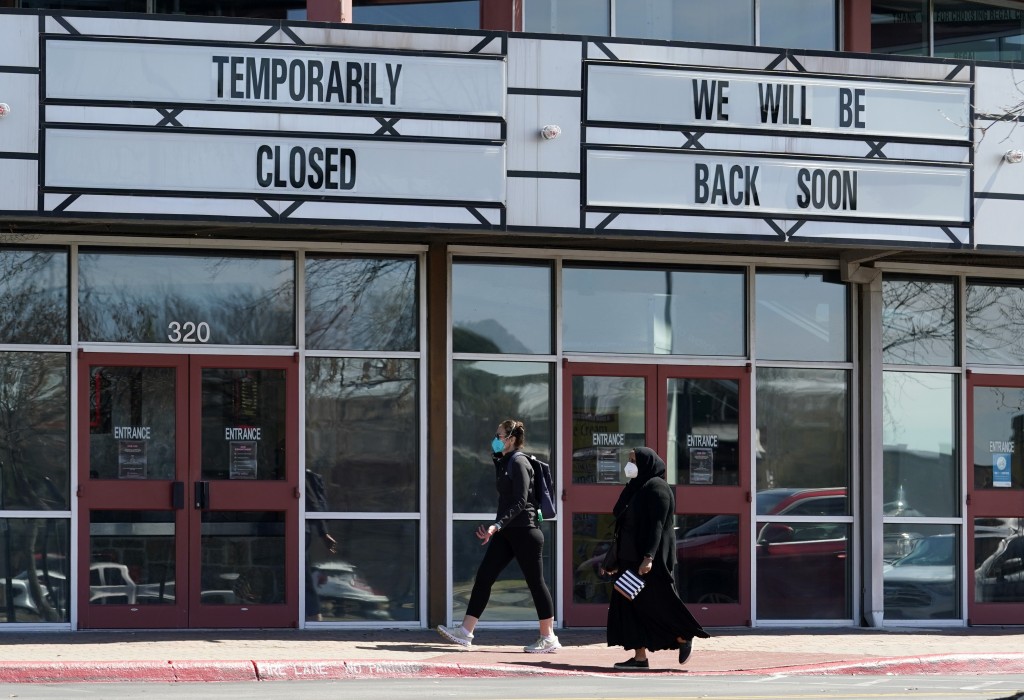 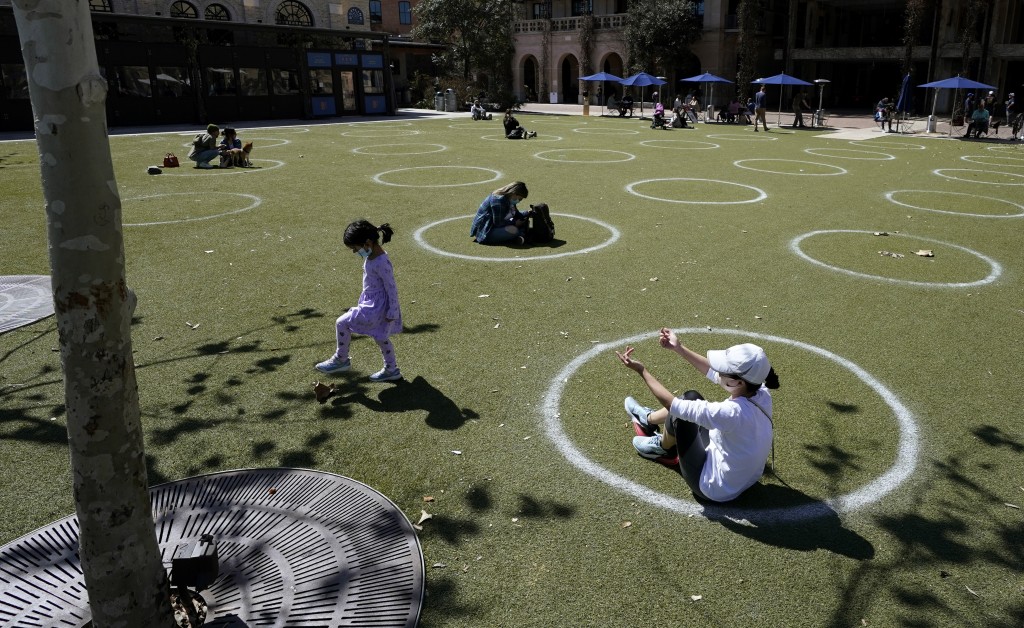 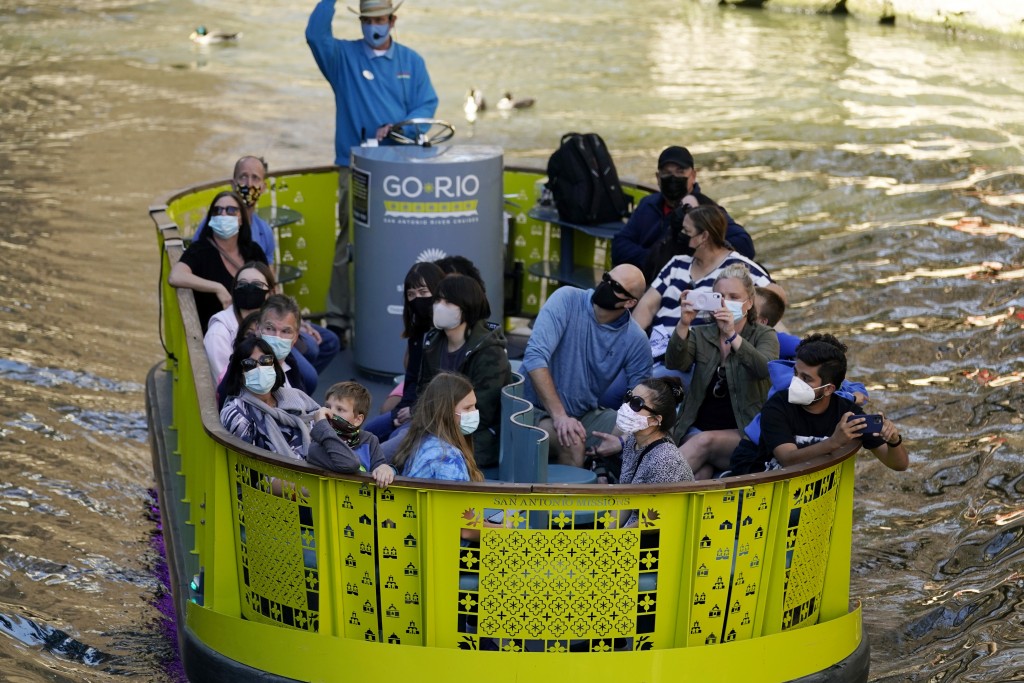 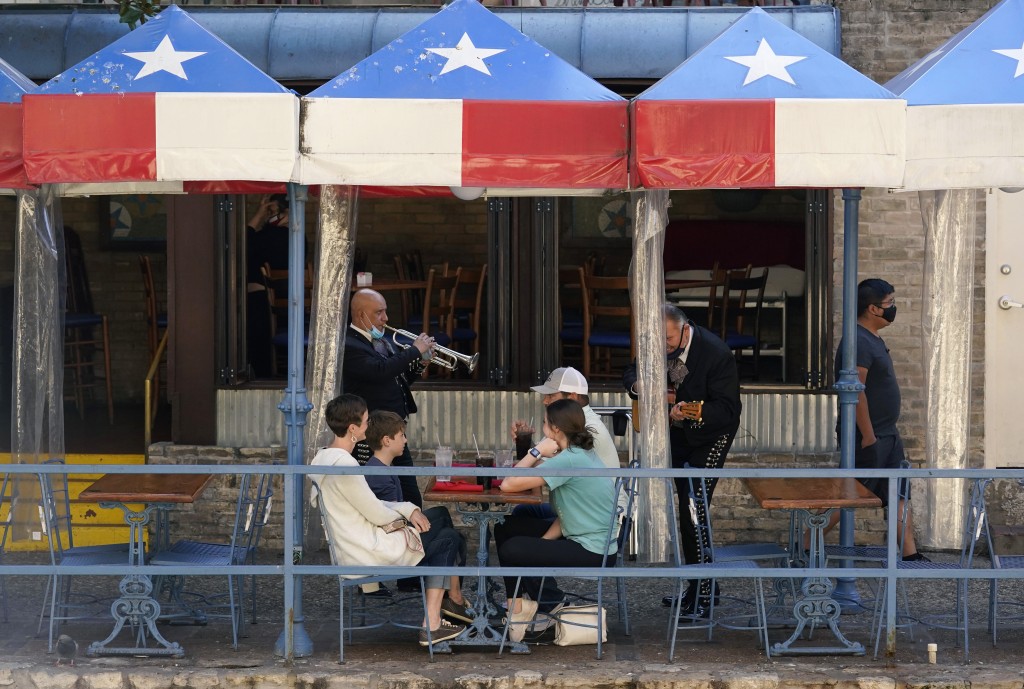 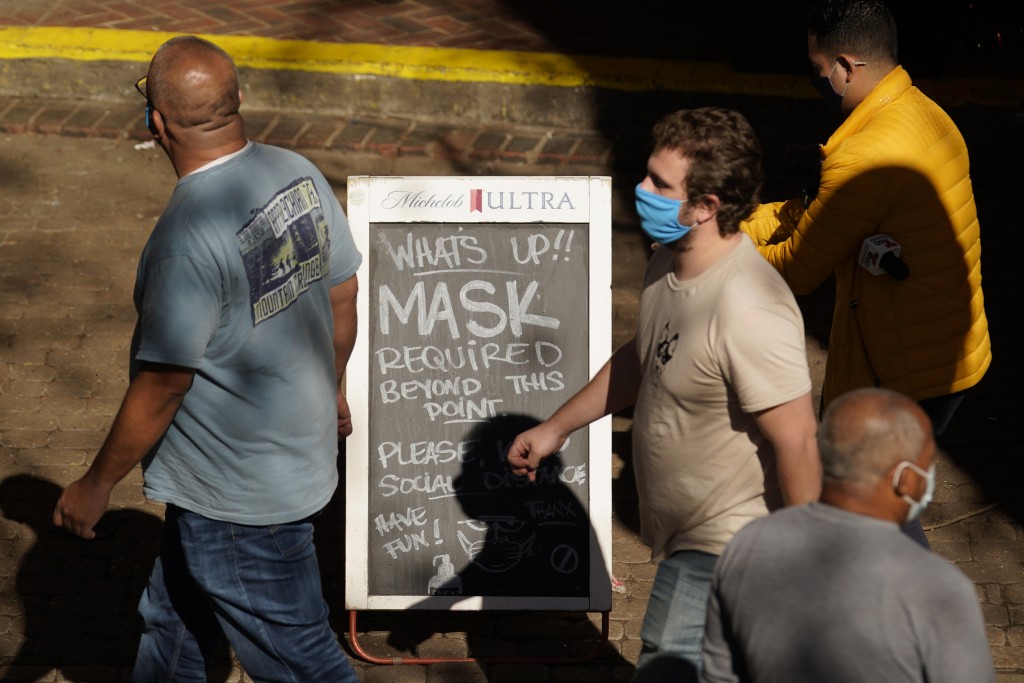 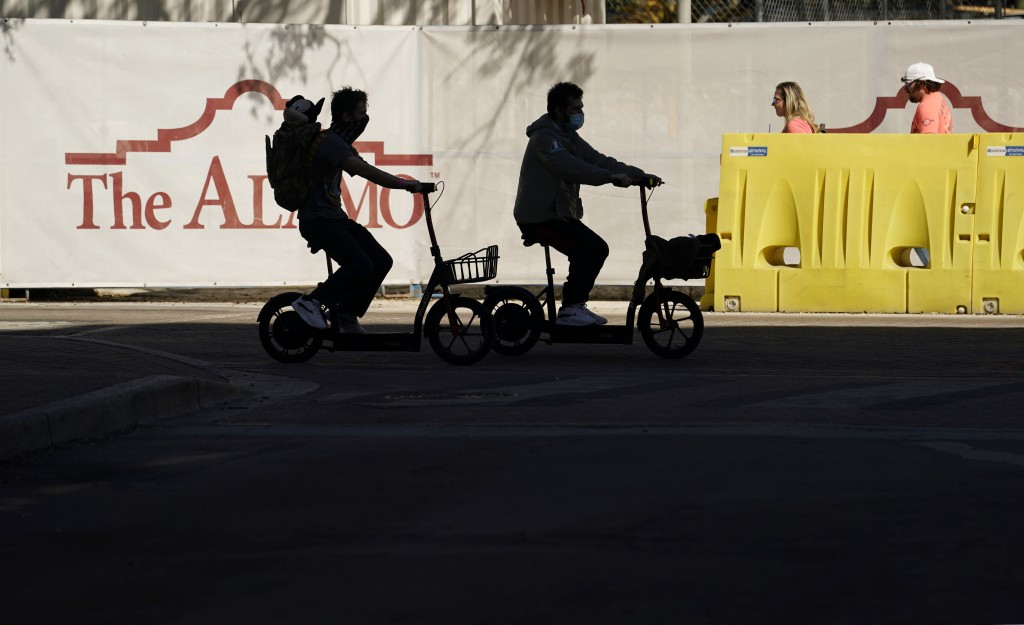 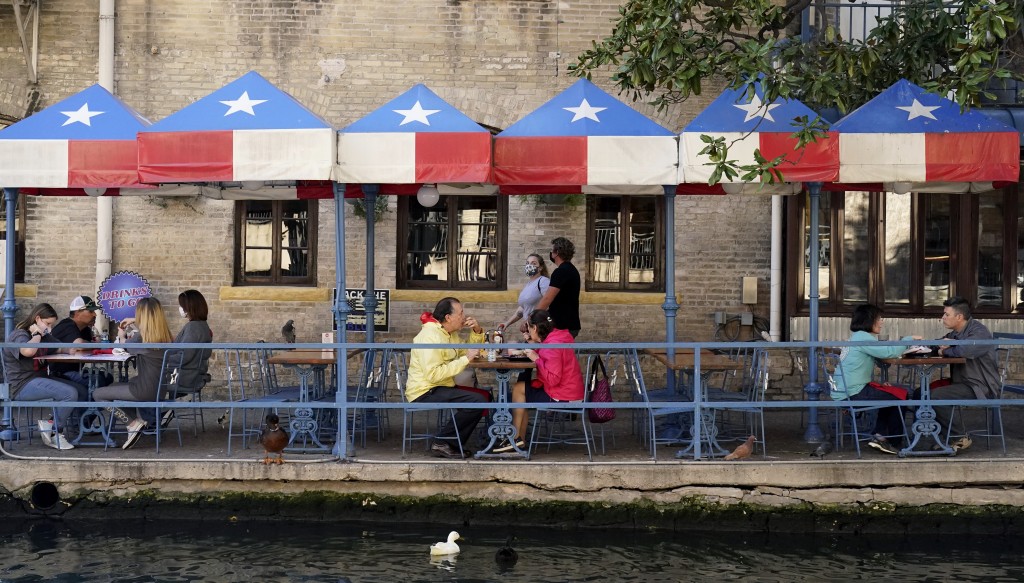 DALLAS (AP) — Now that Texas' mask mandate is ending, florist Lucy Alanis is reconsidering a rare treat she allowed herself in Dallas during the coronavirus pandemic: the occasional meal at a restaurant.

The impact of Republican Gov. Greg Abbott repealing many of the state's COVID-19 restrictions — tweeting “Texas is OPEN 100%" — began taking shape Wednesday as businesses shed rules, city leaders plotted new safeguards and the state's 5 million schoolchildren largely remained under orders to keep wearing masks for now. But what daily life in Texas will look like come next week remains unsettled following one of the country's most dramatic rollbacks, in particular the requirement to wear masks, which health experts say is among the most effective ways to curb the spread of the virus.

The mask mandate, which has been in place since July, and occupancy limits on restaurants and retail stores end March 10. Already, some stores announced they still won't allow maskless customers, while social media users began tracking evolving polices on crowdsourced spreadsheets.

It’s yet another test for businesses that have struggled to strike a balance between safety and survival over the past year.

Houston Police Chief Art Acevedo said his officers will continue wearing masks. He blasted Abbott over the repeal and worries about more aggressive encounters like one in December, when a customer confronted over a mask at a Houston bar smashed a glass over an employee's head.

“We'll can see conflict coming, sadly," Acevedo said. “And I think that a lot of this is going to be self-inflicted."

Abbott said “personal vigilance" among Texans remained essential but that mandates were no longer needed, emphasizing the increasing availability of vaccines. On Wednesday, Texas health officials announced that teachers and child care workers were now eligible to be vaccinated.

The virus has killed more than 43,000 people in Texas, behind only California and New York. Like most of the country, new cases and hospitalizations statewide have fallen rapidly in recent weeks from record levels in January. But the toll still remains significant, including nearly 300 newly reported deaths Wednesday.

Still, federal health officials warn that the pandemic is far from over and that states should not let their guard down. Even one of Abbott's own pandemic advisers disagreed with the move.

“I don’t think this is the right time." said Dr. Mark McClellan, former head of the Food and Drug Administration, who also told The Associated Press in an email that he was not consulted before the repeals were announced. "Texas has been making some real progress but it’s too soon for full reopening and to stop masking around others.”

State education officials on Wednesday gave local school boards the ability to set their own rules.

Immediately after Abbott made his announcement Tuesday, the tiny Rogers school district about 80 miles (130 kilometers) north of Austin said its 850 students would no longer need to wear masks or undergo temperature checks. But by Wednesday morning, Superintendent Joe Craig backpedaled, saying he needed to explain the ramifications to parents.

Under the district's current protocols, if everyone is wearing a mask, a positive test doesn’t trigger an automatic quarantine of everyone in the same classroom.

“If we go to a no mask thing, that part of it changes,” Craig said. Most parents would probably not want masks, he said, “but they’re missing a piece of information they’re not considering.”

Outside a spin workout studio in Dallas, manager Nicky Cecala said he was inundated with text messages from people who knew “all the struggle and perseverance we’ve had to endure” to keep the business running over the last year.

He said whether his studio changes protocols will partially depend on what customers want. Be he welcomed that the choice was his.

“I don’t think the government has a place to tell individuals what to do,” he said. “I think they can suggest it, but it becomes kinda tyrannical to force people to do something against their will.”