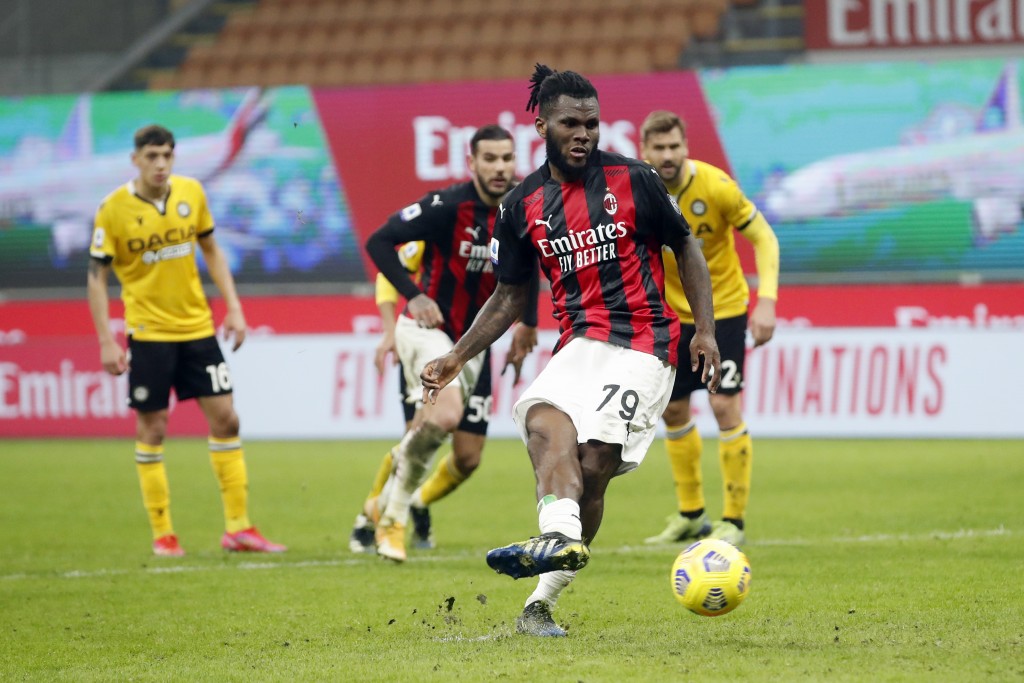 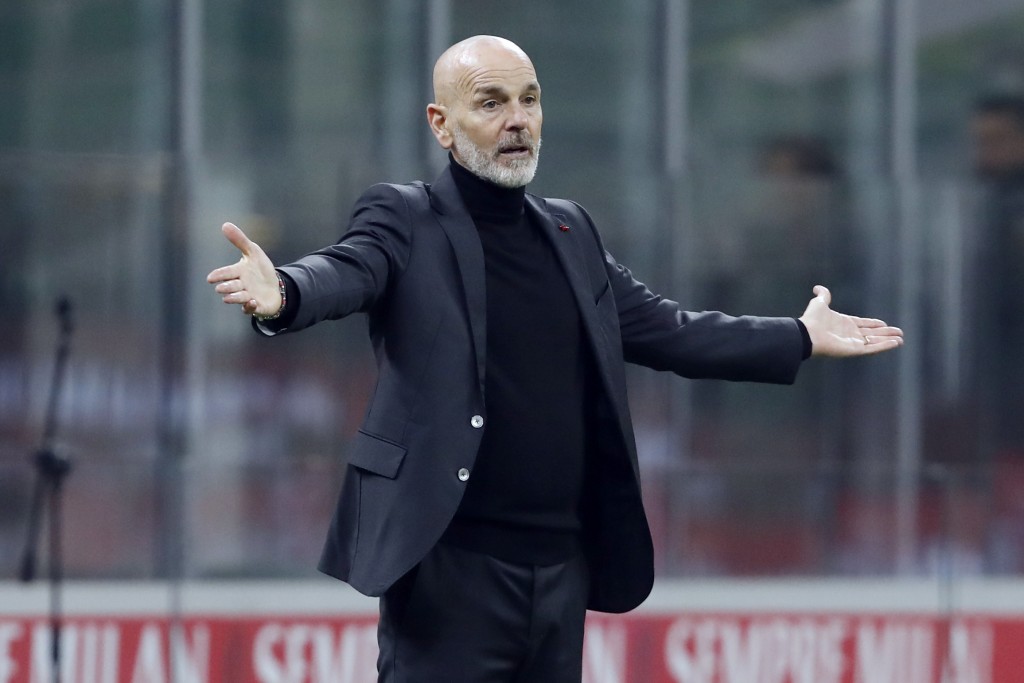 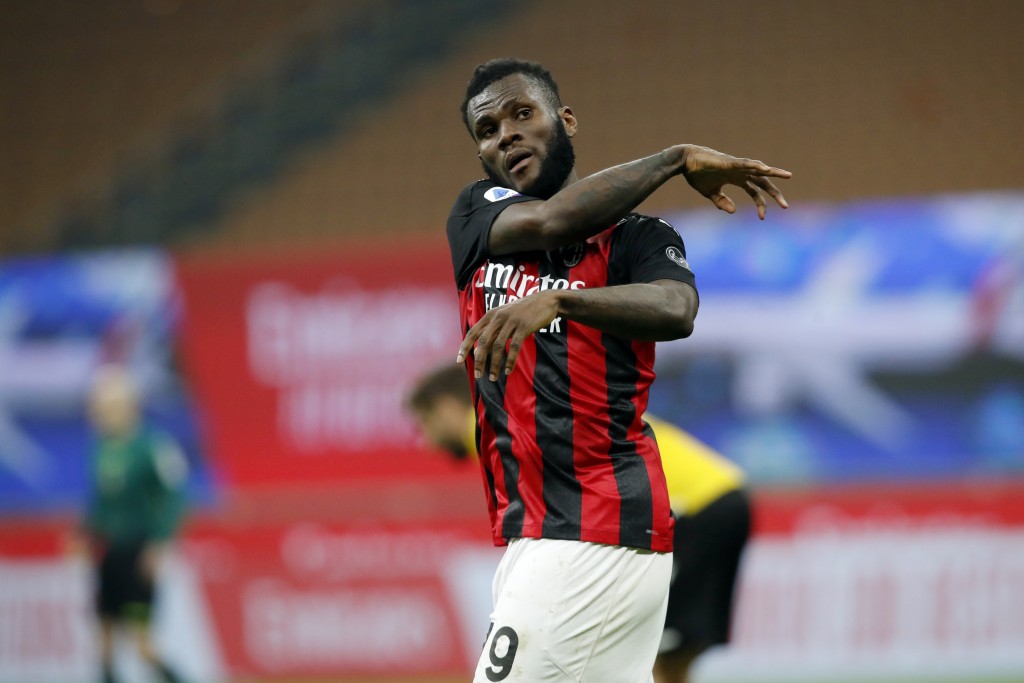 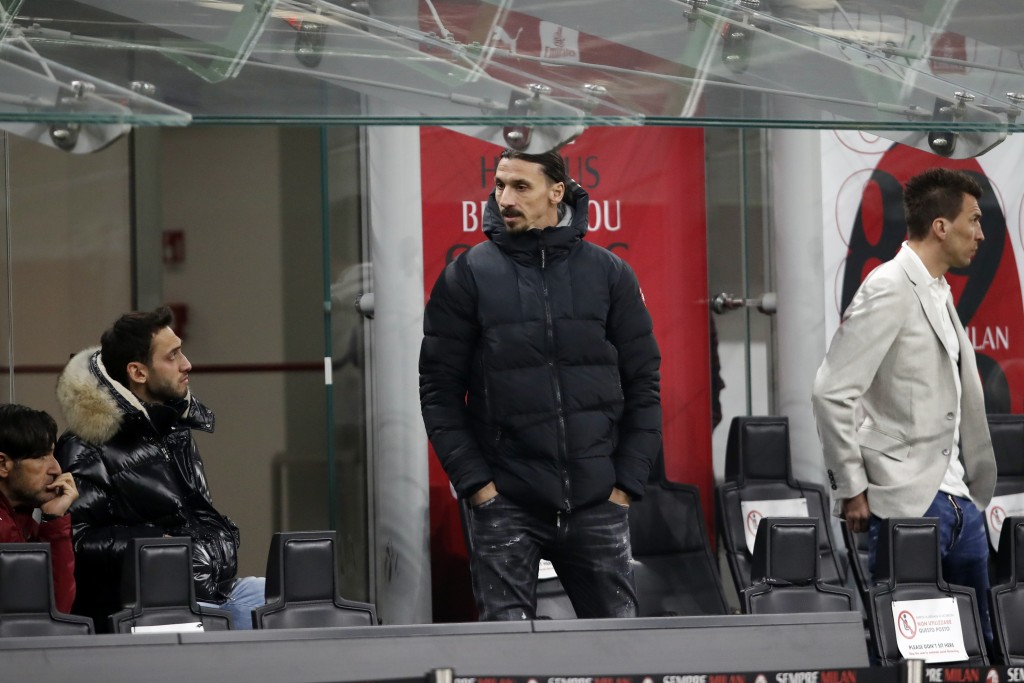 MILAN (AP) — Franck Kessié scored a penalty with the last kick of the match to rescue a 1-1 draw for title-chasing AC Milan against Udinese in Serie A on Wednesday.

Rodrigo Becão looked to have secured Udinese’s first win at Milan in nearly five years before a needless handball from Jens Stryger Larsen.

It was Milan’s first match without injured forward Zlatan Ibrahimović and the Rossoneri remained second in the standings, three points behind Inter Milan, which visits relegation-threatened Parma on Thursday.

Ibrahimović picked up his latest injury in the 2-1 win at Roma last weekend but was watching from the stands and he looked more and more disappointed as the night wore on.

It was a match of few chances as Udinese sat back and tried to hit Milan on the counterattack.

The visitors almost took the lead three minutes into the second half but Milan defender Alessio Romagnoli cleared Ilija Nestorovski’s header off the line.

Milan didn’t heed that warning and Udinese went in front in the 68th minute when Becão headed in a corner.

Milan appeared to be heading for a surprise defeat before Larsen raised his arm way over his head as he leapt in the area and the Udinese defender’s hand connected with a Rossoneri corner.

Kessié kept his cool to drill the penalty into the bottom right corner in the seventh minute of stoppage time.

There were two late penalties and Sassuolo also hit the woodwork twice in an extraordinary 3-3 draw against Napoli, which had a goal disallowed.

Lorenzo Insigne thought he had given Napoli the lead in the 21st with a solo effort but it was ruled out for offside.

Instead it was Sassuolo which went in front, nine minutes from the interval, when Napoli defender Nikola Maksimović got the final touch on a Domenico Berardi free kick.

Sassuolo had chances to extend its lead but Berardi and Caputo both sent strikes off the woodwork within 90 seconds of each other.

Both sides fought for the winner in an end-to-end finale. Napoli looked to have won it when Insigne converted a penalty in the final minute after Lukáš Haraslín barged over Di Lorenzo.

But Sassuolo was awarded a penalty of its own five minutes into stoppage time after Kostas Manolas bundled over Haraslín and Caputo secured a draw with the last kick of the game.

Cagliari moved out of the relegation zone with a 1-0 victory over Bologna. Hellas Verona won 3-0 at Benevento.