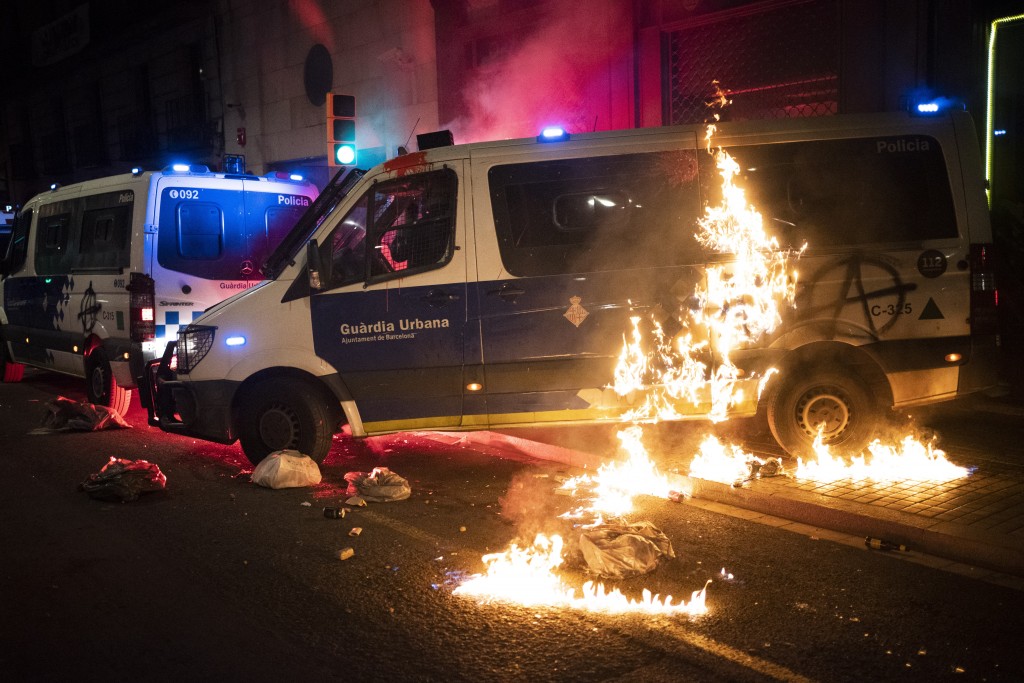 BARCELONA, Spain (AP) — A judge in Spain on Wednesday denied bail to eight people following their arrest for violent clashes with police during protests against the imprisonment of a rap artist.

The suspects — five Italian men, one Italian woman, one French woman and one Spanish woman — were allegedly part of a group that set fire to a police van in Barcelona on Saturday. They face potential charges that include attempted homicide, assaulting law enforcement officers, and forming part of a criminal group.

Another five people were also arrested during the clashes but were released by the judge.

The group is accused of using an inflammable liquid to set fire to a police van while an officer was inside it. The officer escaped through the passenger door and reportedly used an extinguisher to put out the flames.

Catalan police said they had already detected the group that was allegedly active in damaging property and clashing with police during several days of protests following the arrest and imprisonment of rapper Pablo Hasél.

Hasél is serving nine months for inciting terrorism — he has praised two now-defunct armed groups responsible for killing over 1,000 people in Spain -- and for refusing to pay a fine for insulting Spain’s former king.