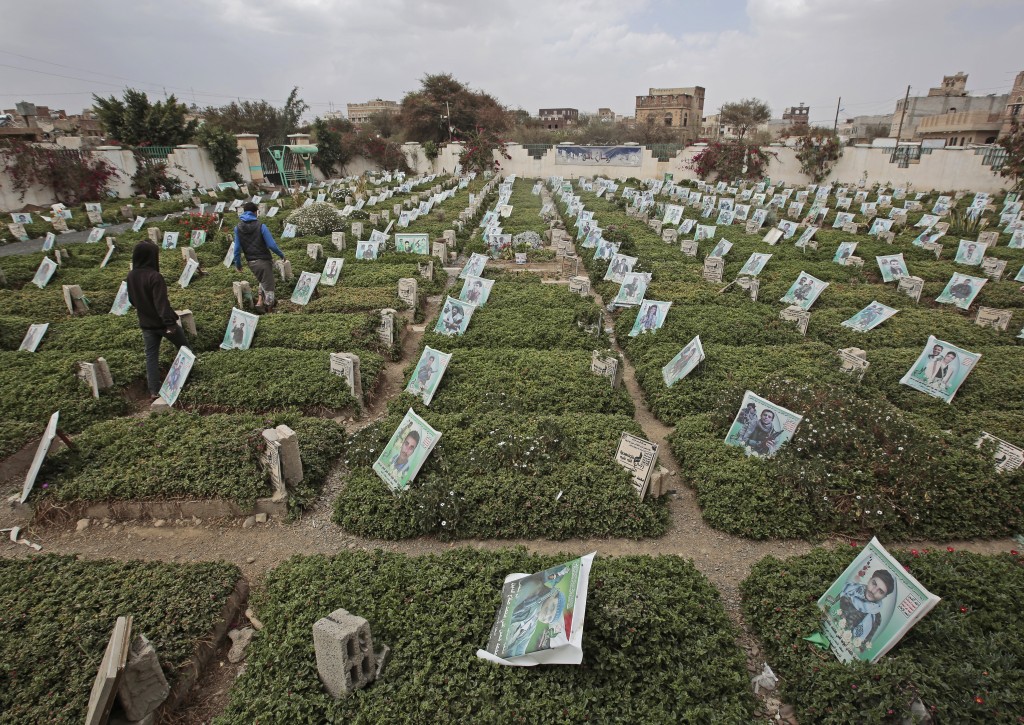 CAIRO (AP) — Yemen’s Iran-backed rebels on Wednesday warned that the U.S. sanctions imposed the previous day on two of their military leaders would only prolong the conflict in the improvised Arab country.

They said the Houthis play “a significant role in the conflict in Yemen and exacerbate the dire humanitarian plight of the Yemeni people.”

Mohammed Abdul-Salam, a spokesman for the Houthis, said the sanctions have shown the U.S. “does not attempt to stop the aggression and lift the siege on Yemen.” The sanctions have also shown that the U.S. “is responsible for prolonging the war and worsening the humanitarian crisis,” according to al-Saadi.

Al-Saadi heads the Houthis' naval forces and masterminded attacks on ships in the Red Sea, while al-Hamzi supervised missile and explosive-laden drone attacks in Yemen and on Saudi Arabia, the Treasury Department alleged.

The sanctions came came just weeks after the Biden administration removed the Houthis from a broader terrorism blacklist in a bid to ease civilian suffering in the country.

However, since the reversal of that designation, which was made in the waning days of former President Donald Trump’s administration, the Houthis have stepped up attacks in Yemen and on Saudi Arabia, mainly with ballistic missiles and explosive-laded drones.

Yemen’s war started in 2014 when the Houthis seized the capital, Sanaa, and much of the country’s north. The Saudi-led coalition intervened months later to dislodge the rebels and restore the internationally recognized government.

The conflict has killed some 130,000 people and spawned the world’s worst humanitarian disaster.